The Jonny-Rocks Stadium is the venue for the second time this week on Saturday when Port Vale are the visitors to Cheltenham (kick-off: 3pm).

On the back of Tuesday's home win over Southend United, which made it three wins in a row for the Robins, it's a second meeting this season with Port Vale this weekend.

Looking to build another good run of form, Saturday's game is another great opportunity to do so, but it'll be against a Valiants side who defeated Cheltenham back earlier in the season and who are under new management.

Watch Saturday's contest live online by buying a match pass on iFollow for £10.

Missing on Saturday though will be Ellis Chapman, Will Boyle, George Lloyd, Alex Addai, Chris Clements - all through injury - while Dan Bowry's loan move to Wealdstone means he's unavailable.

First team coach Wade Elliott spoke to the media about the game on Thursday. You can also watch midfielder Conor Thomas' pre-game thoughts on iFollow.

A run of five games without a win has seen Port Vale fall to 21st in League Two. They are still eight points above the relegation zone and will be hoping to confirm their safety in the division soon.

Their campaign so far may have come as a surprise to many given the excellent progress they were making under previous boss John Askey, whose time as manager came to an end at the start of January, despite the fact he almost led them to the play-offs in the 2019/20 season.

Despite their recent disappointing form they boast a good squad at fourth tier level, backed up in between the posts by experienced shot-stopper Scott Brown who has had two previous spells at Cheltenham in his career.

Their defensive bodies include veteran Leon Legge, 23-year-old Adam Crookes, and academy product Nathan Smith who has been a real success story for their production line since he first burst into the first team set-up. Another academy product, James Gibbons, may miss the game due to an injury picked up in their loss to Salford City on Tuesday night.

In their midfield skipper Tom Conlon has a good eye for goal. Former Robins loanee Danny Whitehead has good experience, while they could opt to use Jake Taylor, Luke Joyce or Scott Burgress in this area of the pitch too.

At the top of the pitch Jamaica international Theo Robinson has scored goals across the EFL. They brought in Kurtis Guthrie from Bradford City in January and he brings good athleticism, while Mark Cullen is another experienced head they could turn to in search of goals.

Some would have seen Darrell Clarke's switch to become manager at Vale midway through February as a surprise.

He was enticed away from league rivals Walsall to join the Valiants who have also recently just appointed David Flitcroft as their Director of Football.

Clarke's time at Bristol Rovers has earned him plenty of praise previously. He led the Memorial Stadium club to back-to-back promotions from the National League to League One in his time there having also previously managed in non-league at Salisbury City.

Now looking to steer Port Vale into League One, the former midfielder, who played for Mansfield, Hartlepool United and Salisbury in his career, is still waiting for his first victory since becoming boss. 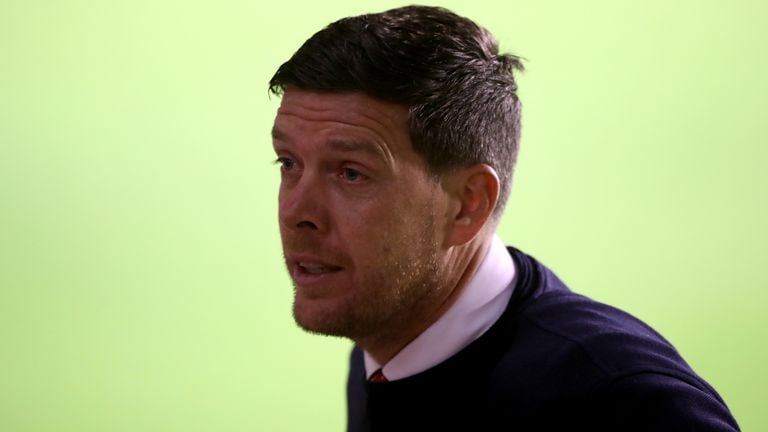 One to watch: Devante Rodney

With ten goals to his name Devante Rodney is Port Vale's leading goal scorer so far this term.

The 22-year-old is in his first season at Vale Park after signing a three-year contract to sign in July 2020.

Before that he had been at Salford City where his time with the Greater Manchester club featured loan spells with the likes of FC Halifax Town and Stockport County.

He began his career with Hartlepool United, notably scoring two goals on the final day of the 2016/17 season, which almost proved enough to keep the club up in the League, only for results elsewhere to relegate them to the National League. 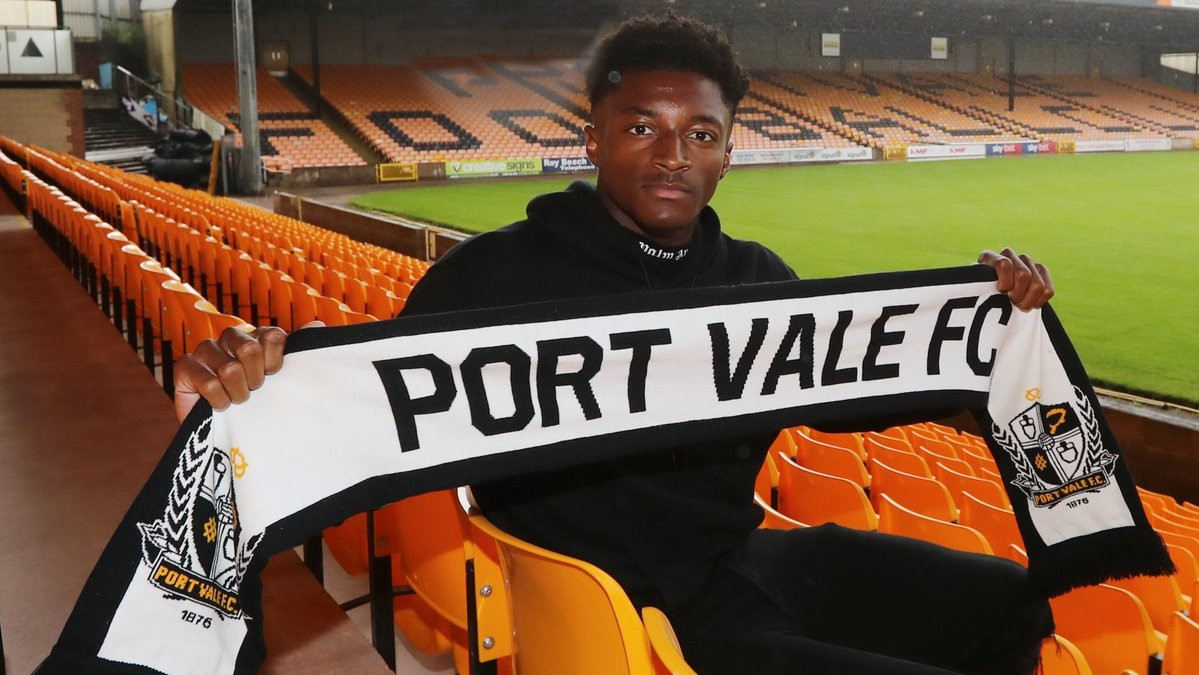 Available in either print or as a digital version, the match programme for the game features a big interview with Charlie Raglan. There's also more with Wade Elliott, Michael Duff, an update on the club's iFollow numbers, a detailed look at Port Vale plus more.

The programme can be bought in a 24 page physical format through the online shop and is priced at £2.50.

If you want a digital 48 page version, the club have teamed up with MatchDay Digital so you can buy it through their app. The digital version is priced at £1.99. 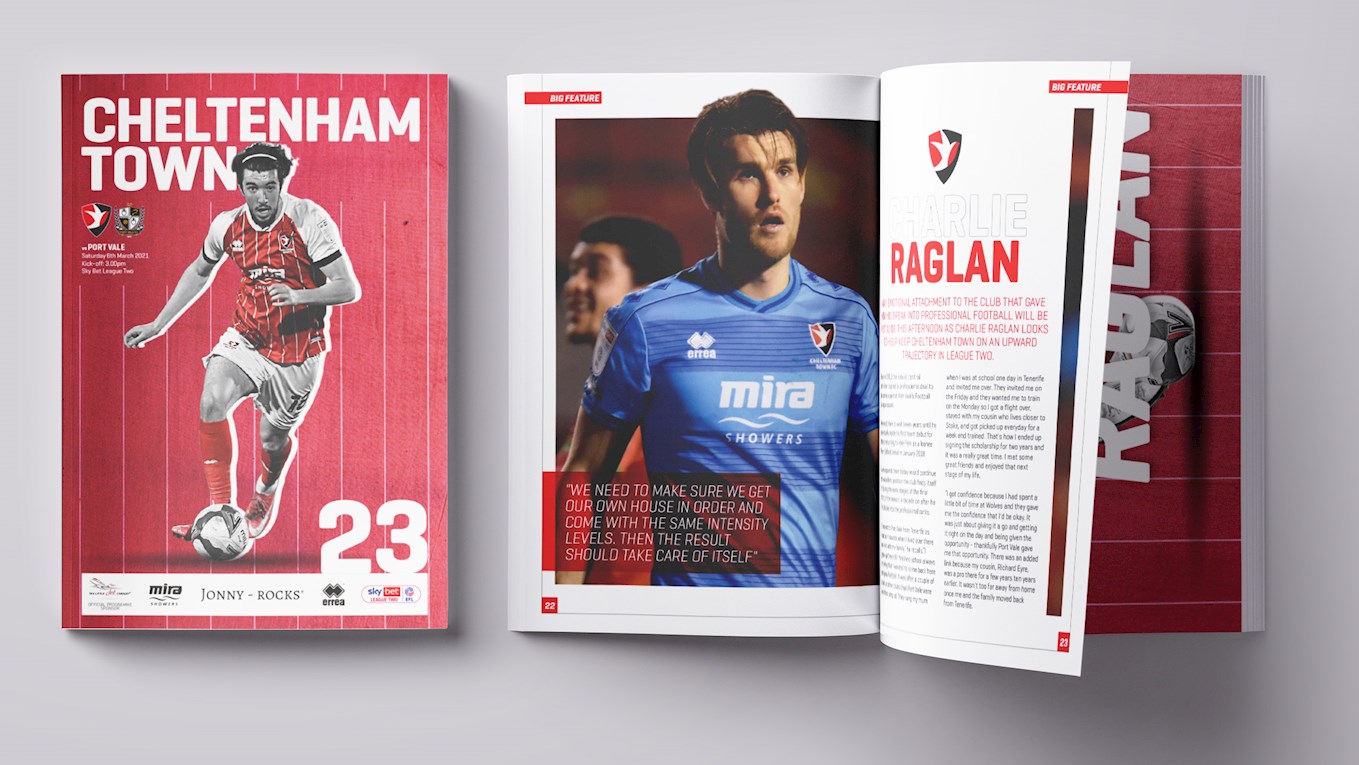 The match is available to watch in full online by purchasing a match pass on iFollow.

A match pass gives you access to the whole 90 minutes and includes live commentary from BBC Radio Gloucestershire. 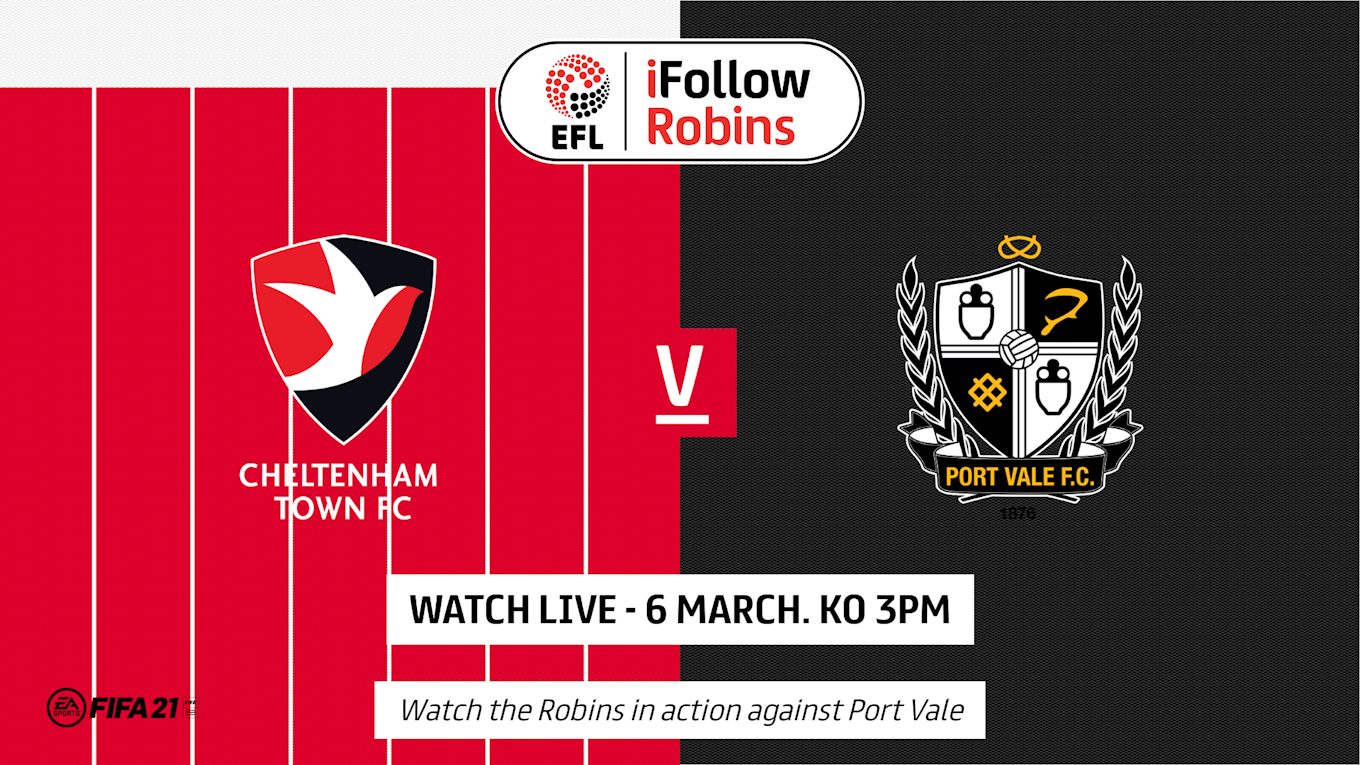 Visit the club website after the game to check out the match report. You'll also be able to watch reaction from Michael Duff to the result on the website.

If you want to watch extended highlights then have a look on iFollow for a review of the action.