The month of March is brought to an end on the road at one of League Two's best performing sides this season when Cheltenham Town head to Morecambe on Saturday (kick-off: 3pm).

It'll be a tough game at the Mazuma Stadium against a Shrimps side who boast one of the best home records in the division.

They've only lost four times at home in the campaign in matches against Cambridge United, Forest Green, Tranmere Rovers and Newport County AFC.

The previous meeting between Morecambe and the Robins was all the way back on the opening day of the League Two season in September when Derek Adams' troops stole a late three points with a stoppage time winner at the Jonny-Rocks Stadium.

Watch Saturday's action in full online with a match pass on iFollow.

Goalkeeper Josh Griffiths misses the game as he's away with the England under-21s squad for the UEFA Under-21 European Championships. Max Harris or Scott Flinders will come into the side as a result.

Missing the trip are Chris Clements, Charlie Raglan, Will Boyle and George Lloyd - all through injury.

Watch Michael Duff's press conference previewing the game, while Flinders also spoke to the press on Thursday, as well as wing back Chris Hussey.

This season is Morecambe's 14th consecutive campaign in League Two. They head into Saturday's fixture 6th in the table and in a play-off space. They are three points off the automatic promotion spots and six points clear of the teams chasing a play-off spot.

In the 2009/10 season they did finish 4th in League Two, but apart from an 11th place finish in 2014/15, they've mostly fought to keep themselves above water to remain in the Football League.

Manager Derek Adams has turned that around this season however and they find themselves challenging at the top end of the league.

He's done that with a familiar goalkeeper to rely on in goal. Kyle Letheren, who was at Salford City last season, is someone he worked with while at Plymouth Argyle.

Their defensive structure features Harry Davis, son of former Crewe Alexandra boss Steve, former Newcastle United youngster Liam Gibson and Kelvin Mellor who also has experience of League Two. The experienced Nat Knight-Percival will miss the game after he received a red card in their win last time out at Harrogate Town.

In midfield former Leeds United man Toumani Diagouraga is a powerhouse in the middle of the park. Alex Kenyon and Aaron Wildig are two players who have been on the books for several seasons. Ex-Rotherham United and Fulham man Ben Pringle is another who offers useful experience if required.

Up top Robins fans will be familiar with Liam McAlinden who had a stint at Cheltenham a couple of seasons ago. The physical Cole Stockton offers a target for them at the top of the pitch, while Jordan Slew is unavailable due to injury.

Scotsman Derek Adams was appointed manager of Morecambe in November 2019 when he replaced Jim Bentley in the dugout at the Mazuma Stadium.

He successfully guided Morecambe to safety and in his first full season in charge has really made his mark at a level of the game he's achieved success in before.

It's his fourth managerial job having twice taken charge of Ross County north of the border, and where he ended his playing career, while it was with Plymouth Argyle who he led from League Two into League One through automatic promotion.

In his playing days he was a midfielder who represented the likes of Burnley, Motherwell, Aberdeen and Livingston. 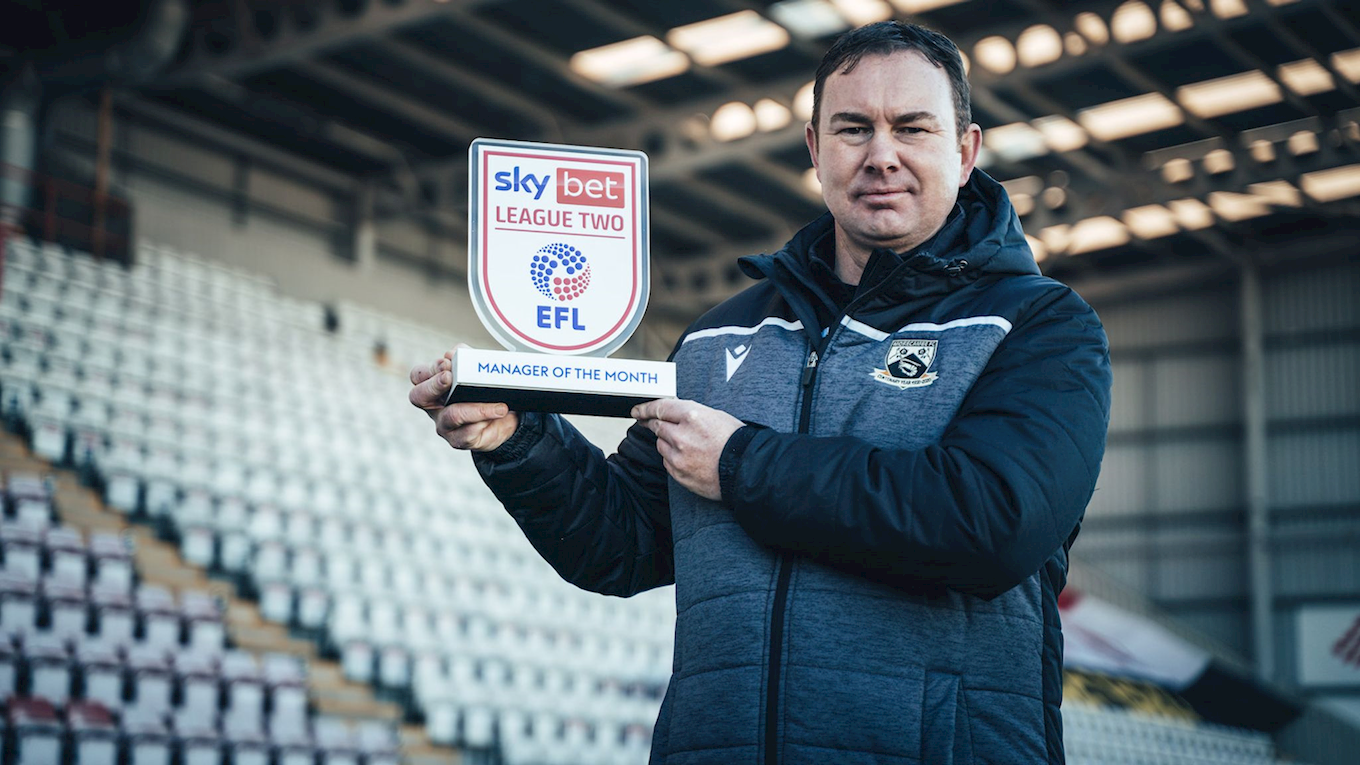 One to watch: Carlos Mendes Gomes

The 2020/21 season has been a real breakout campaign for the lively Carlos Mendes Gomes in a Morecambe shirt.

It's his third campaign in League Two with the Shrimps and in his two previous seasons he had only previous found the back of the net twice. This term though he has scored 12 times and has helped play a key role in helping Morecambe reach the top end of the division.

He grew up in Spain despite being born in Senegal and was picked up by Morecambe while playing football at The Manchester College. His only previous senior playing experience before moving to the Mazuma Stadium was in the North West Counties League with West Didsbury & Chorlton - the same level as sides local to Cheltenham such as Bishop's Cleeve, Tuffley Rovers and Brimscombe & Thrupp. 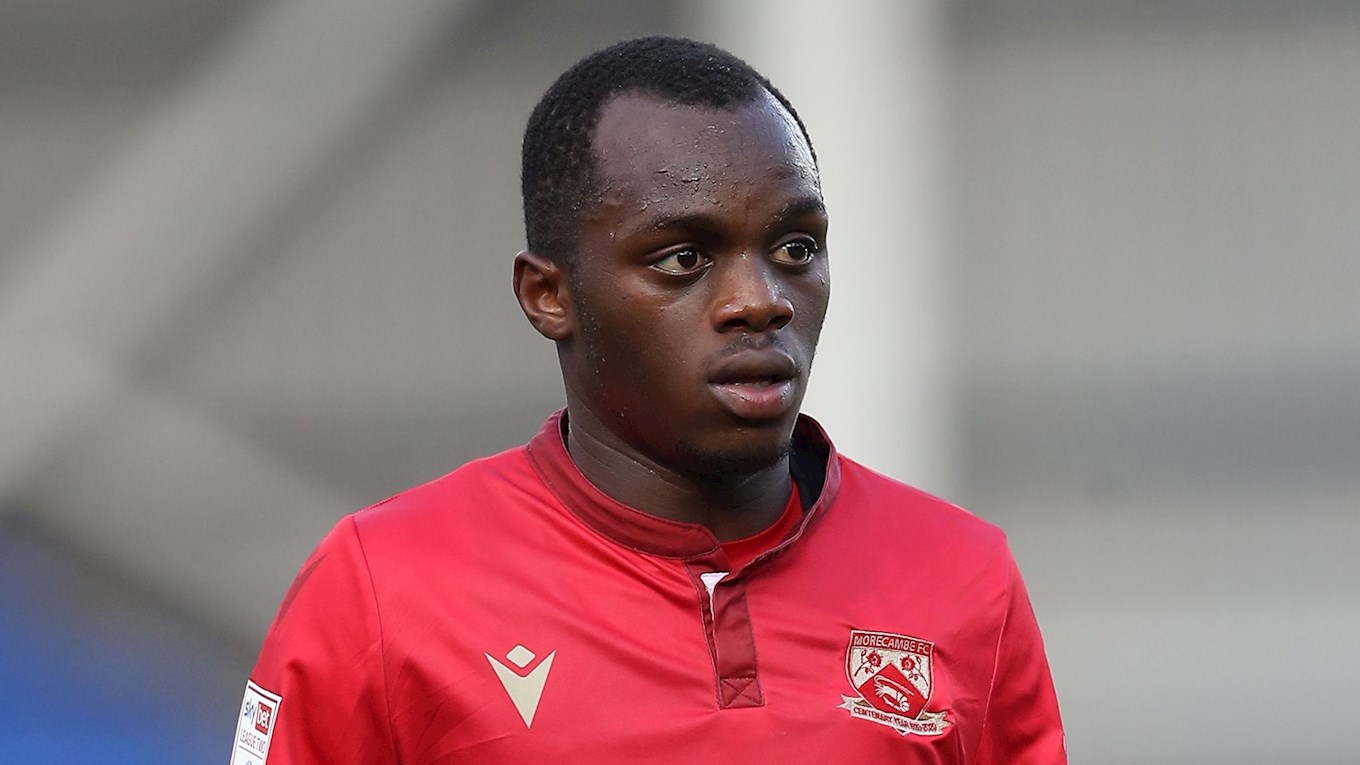 Tune in and watch Saturday's fixture online by purchasing a match pass on iFollow.

See the game in full with a match pass which is available to buy online ahead of the match for £10. 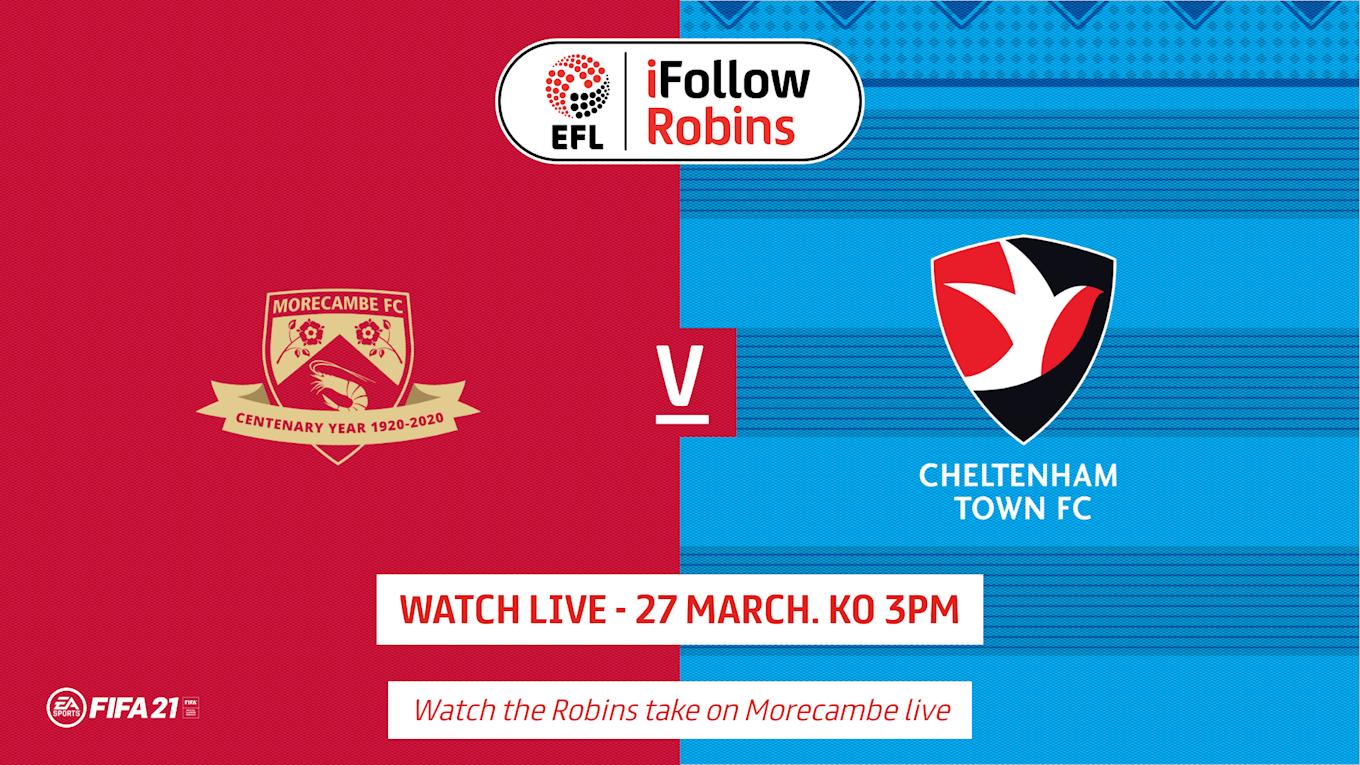 At full time make a visit to the club website to read the match report, while you'll also be able to see the post-match thoughts of Michael Duff.

For extended highlights of the game, visit iFollow a few hours after the end of the game.