You can now bid for a piece of Robins history with the match-worn Cheltenham Town shirts from the Manchester City Emirates FA Cup tie now available via auction.

Michael Duff’s side were just nine minutes away from one of the biggest upsets in the competition’s 150-year existence, before the star-studded Premier League leaders hit back to win 3-1 at the Jonny-Rocks Stadium.

We are working closely with our friends at AMS Auctions, who also hosted the sale of our one-off shirts from fundraisers in 2018 and 2020 for the British Lung Foundation, The Hollie Gazzard Trust and the NHS.

Once again Leckhampton-based AMS, who are regulars following the club home and away, will kindly be hosting an auction on their website and you can bid for a shirt here.

Cheltenham goal-scorer Alfie May, whose 59th minute strike was the first goal that the six-time FA Cup winners had conceded in 509 minutes of football, is one of the 14 shirts on sale  – as well as man-of-the-match and Robins captain Ben Tozer’s jersey. 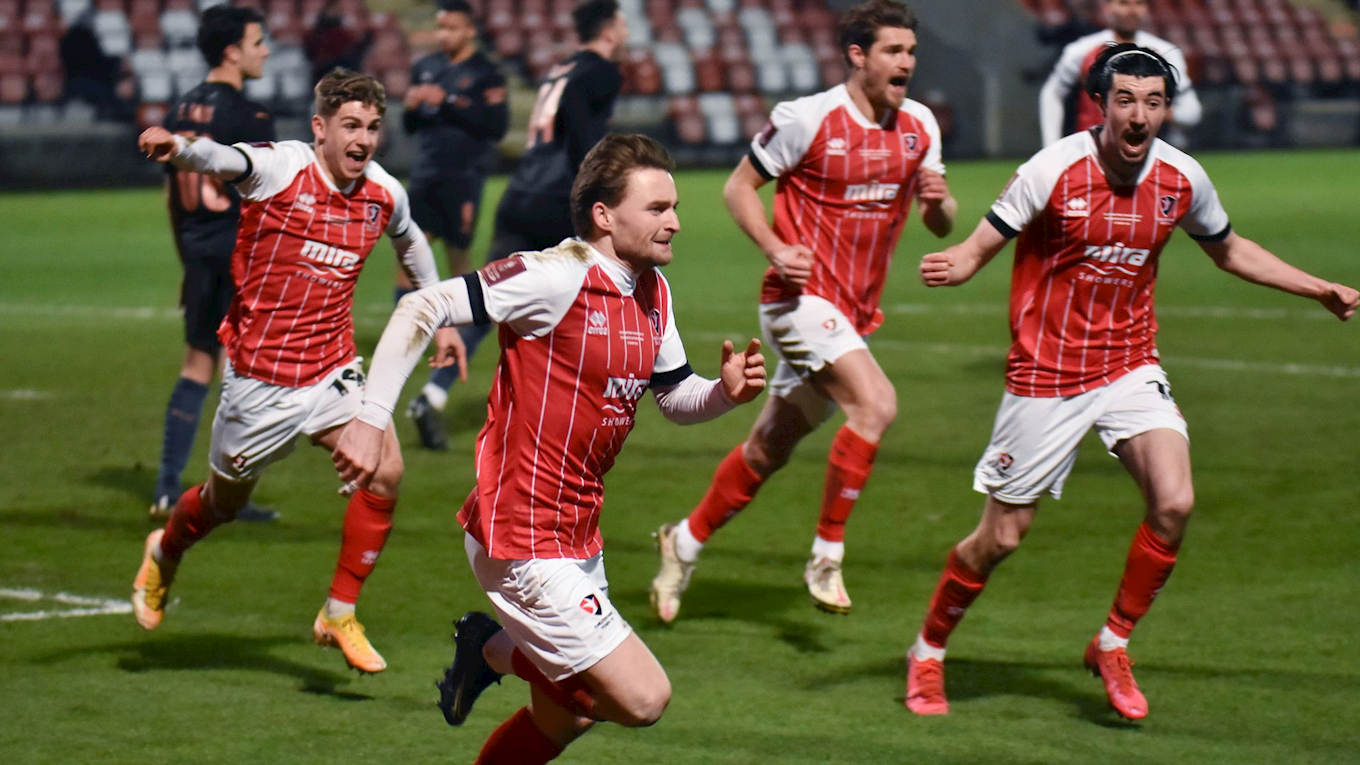 If you don’t already have an account to sign in with, all you have to do is register on the AMS website, you will then be sent a password and access will be granted to the auction with bids increasing by £2 each time, each shirt starts at £80.

The official shirts worn by the Robins live on BBC One in front of 5.8 million viewers include embroidery on the front with the date and fixture details, as well as being signed by the player.

With an Emirates FA Cup badge on the right arm, sleeve sponsors Pepe’s Piri Piri also have their logo printed on the left arm of each shirt as a difference from the regular Sky Bet League Two home kit.

Start bidding via the AMS Auctions website here. The auction will run for two weeks and concludes at 9:30pm on Tuesday 16 March, following Cheltenham’s home game with Barrow.