It's St David's Day and we have been taking a look at some of the Welsh players who have represented Cheltenham Town during the club's 21 seasons in the Football League.

Take a look to see who we've picked out with some of the club's Welsh representatvies having had the honour of representing their country at full international level after their time turning out in the red and white at Cheltenham.

Last season's top goal scorer Ryan Broom earned a transfer to League One Peterborough United for his outstanding performances in a Cheltenham shirt last season. Though still contracted to Peterborough he's now out on loan at Burton Albion, also in League One.

He made 88 appearances in all competitions in his time at the Jonny-Rocks Stadium, registering 12 goals in the process.

Born in Newport, Broom began his career over the bridge at Bristol Rovers until his transfer to Cheltenham in the summer of 2018.

A January 2018 loan signing from Swansea City, Joe Rodon's career has certainly kicked on since his spell with the Robins and he's now a part of the squad at Jose Mourinho's Tottenham Hotspur with Spurs paying an £11 million fee for his signature in October 2020.

He has also been capped at senior level for Wales ten times and he's set to be a key part of Ryan Giggs' squads defensive set-up at the forthcoming European Championships.

In his time at Cheltenham he appeared 12 times - five of which were as a substitute - with his debut coming in a 1-1 away draw at Grimsby Town. 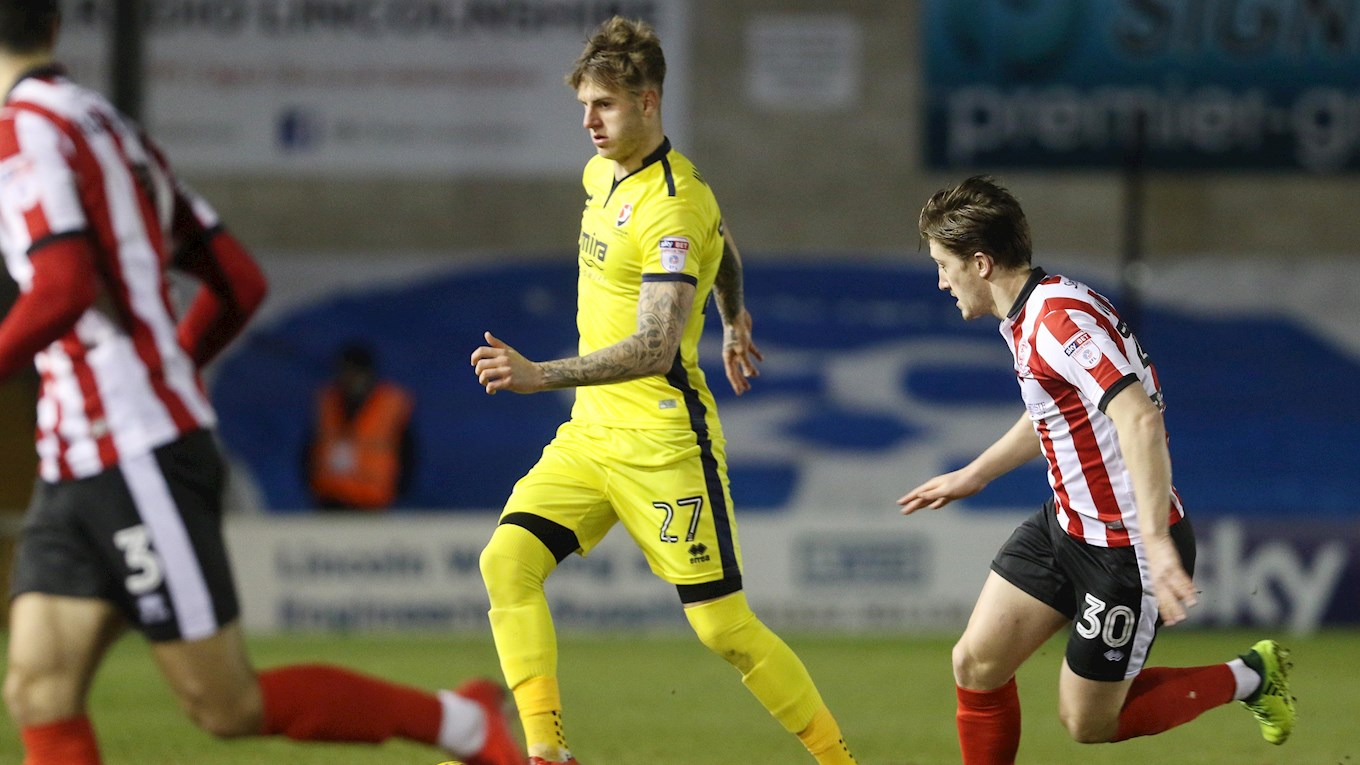 Another recent loan player and another who has forged his way as a key member of Wales' senior squad, Joe Morrell is now on the books at Championship side Luton Town who he joined from Bristol City in October 2020.

He has 12 caps for his country after making his international debut against Belarus in September 2019.

Morrell, who was actually born in England, spent time on loan at Sutton United and Margate before spending the 2017/18 campaign with the Robins where he impressed. He made a total of 40 appearances in all competitions with three goals to his name.

He spent the 2019/20 season on loan at Lincoln City which helped with his progression into the senior national squad for the Dragons. 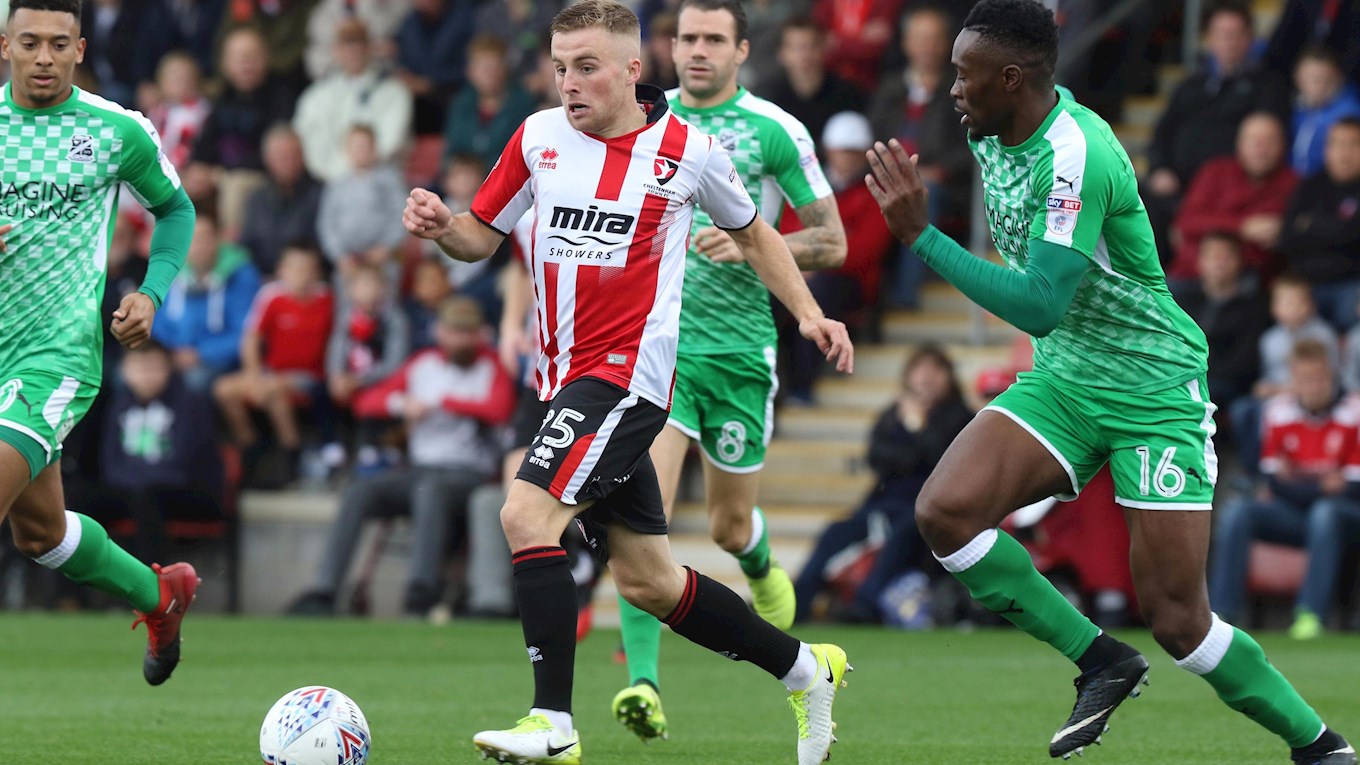 Another to represent Wales on the international stage despite being born in England, Troy Brown played for Wales' under-21s set-up.

The central defender spent two years at Cheltenham between 2013 and 2015 after arriving at the club from Aldershot Town. He'd previously been on the books at Ipswich Town and Rotherham United.

Now 30, he played through the youth age groups for Wales from under-17s right up until under-21s. 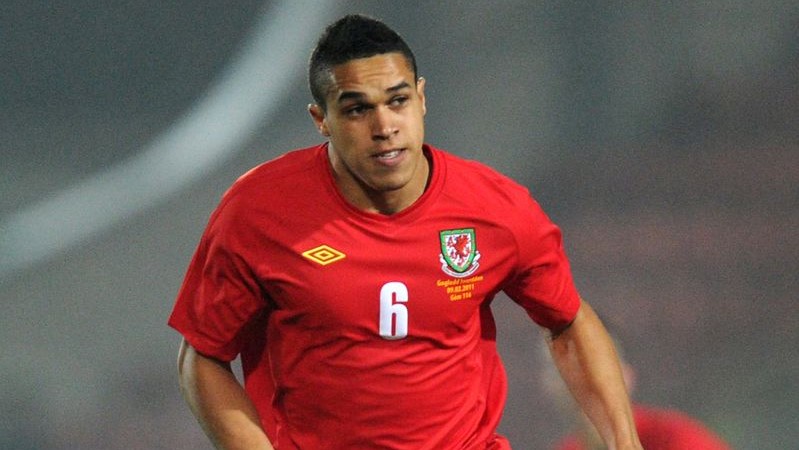 Kaid Mohamed was a key part of Mark Yates' successful Cheltenham squad that reached the 2012 League Two play-off final at Wembley Stadium - only to be denied promotion to League One by Crewe Alexandra.

The Cardiff born attacker has had a well-travelled career taking in no less than 28 clubs after starting in Welsh football at Cwmbran Town.

He's turned out in the Football League for the likes of Swindon Town, Port Vale, Bristol Rovers, Northampton Town and Accrington Stanley alongside his various spells in non-league and the Welsh pyramid.

Many Robins fans will remember him for the FA Cup second round goal he scored at Hereford United which helped set up a third round home tie with Premier League Everton. 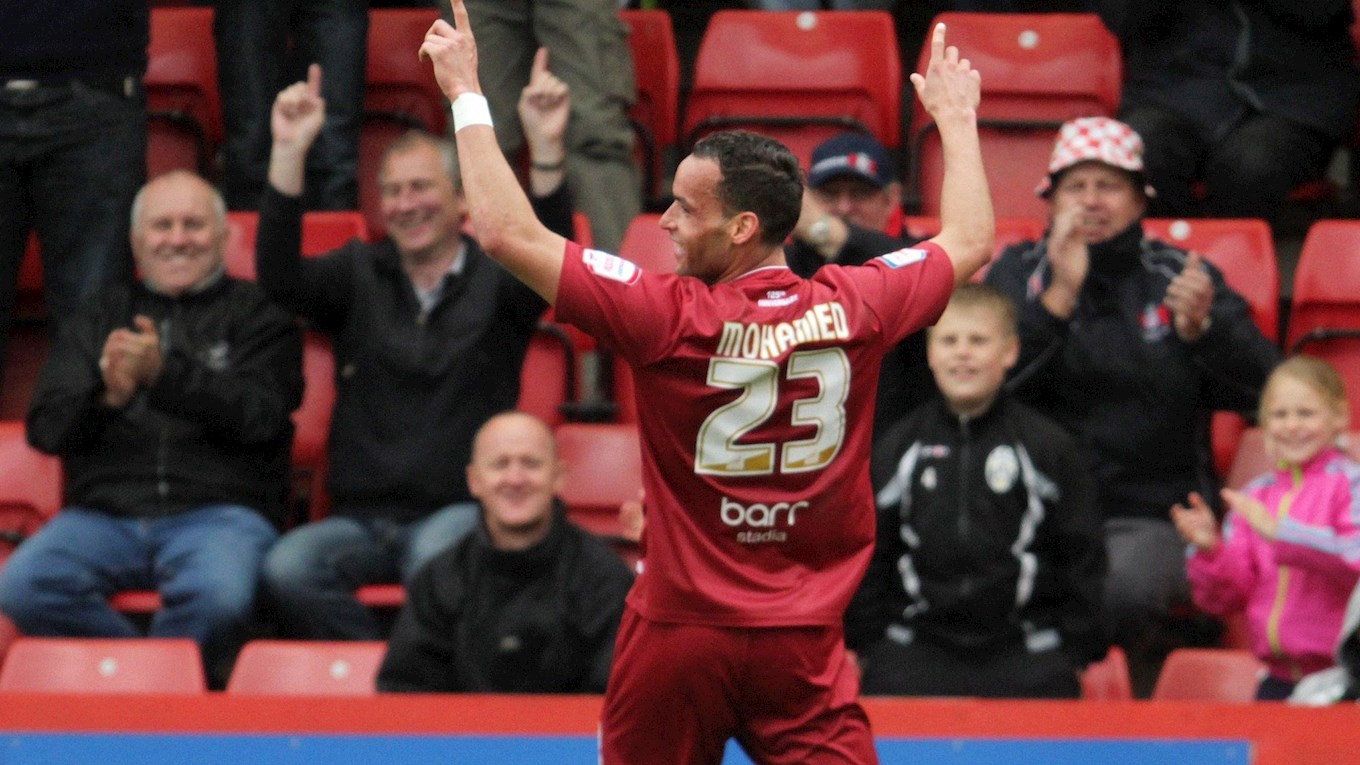 Despite being born in Bristol, Josh Low is another to have represented Wales at under-21s level, and he made 132 appearances in all competitions in his time at Cheltenham.

He joined in 2008 from Peterborough United having enjoyed a Football League career that saw him turn out for hometown club Bristol Rovers, Leyton Orient, Cardiff City, Oldham Athletic, Northampton Town and Leicester City.

His career finished in non-league at Bath City and he now has a son, Joe, who plays for Bristol City and has spent time with the Wales under-19s squad. 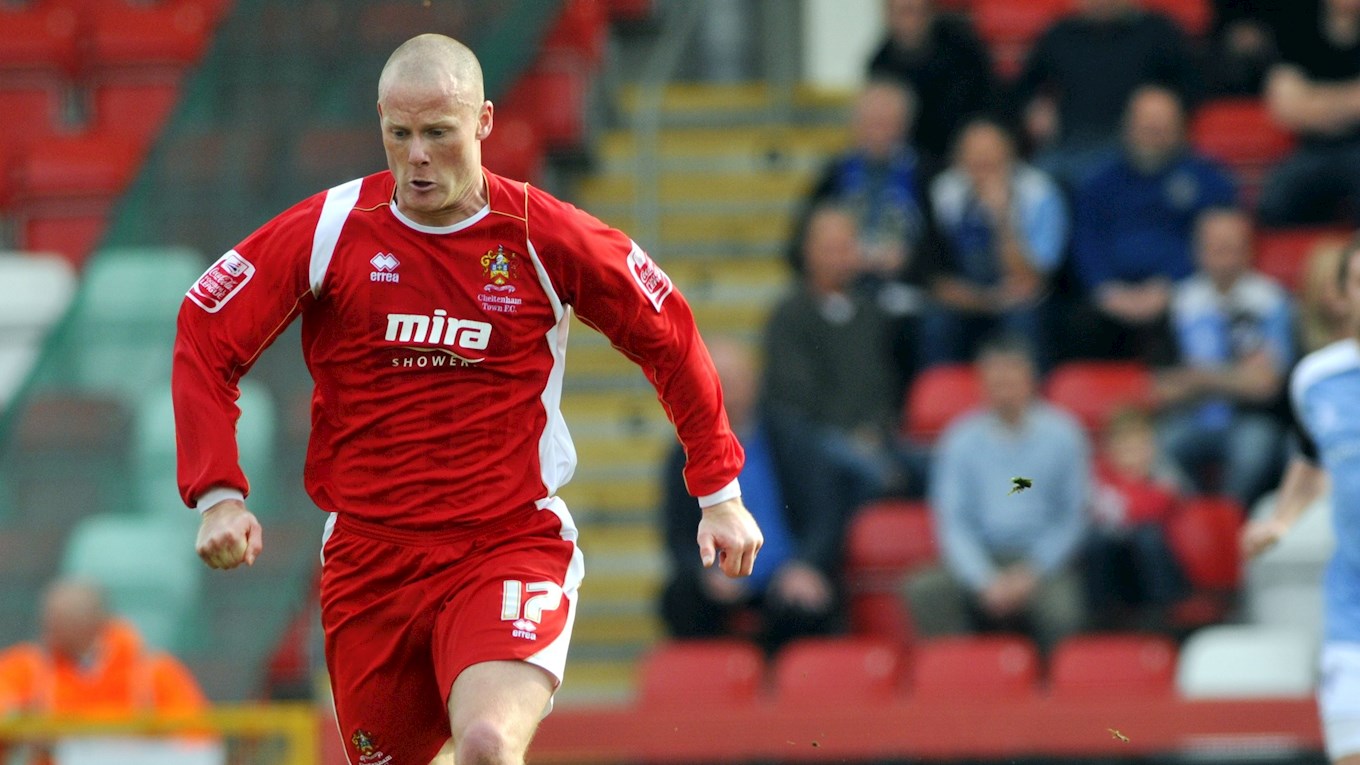 Now 30 years old, Marley Watkins began his senior playing career at Cheltenham, joining the club in 2008 from Swansea City where he had been let go.

He has gone onto forge a career in the game that's taken him from non-league, where he dropped after leaving the Robins for Bath City, all the way to the Championship and two senior caps for the Wales national side.

His international debut came against Panama and he has also appeared against China.

He spent the first part of this season on loan at Aberdeen in the Scottish Premiership and is contracted to Bristol City. Inverness Caledonian Thistle, Barnsley and Norwich City have been former employers. 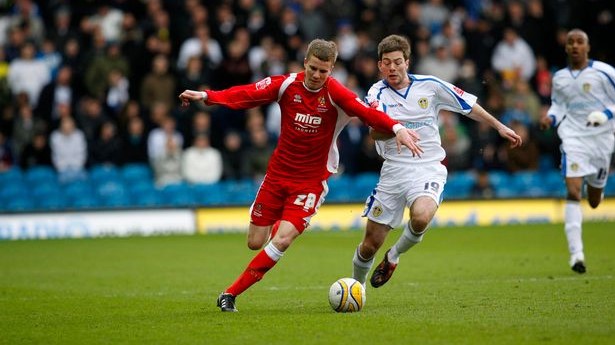 When Scott Flinders sustained a broken leg in January 2020, Cheltenham turned to Wigan Athletic loanee Owen Evans to don the gloves for the remainder of a covid affected season.

The Newport born stopper has been at Wigan since 2015 and his transfer to the Jonny-Rocks Stadium was the sixth loan of his career.

He has trained with the Wales senior squad but is yet to win a senior cap. He has done so though at under-21 and under-19 level as he hopes to be part of a Wigan team this season that avoids the drop from League One. 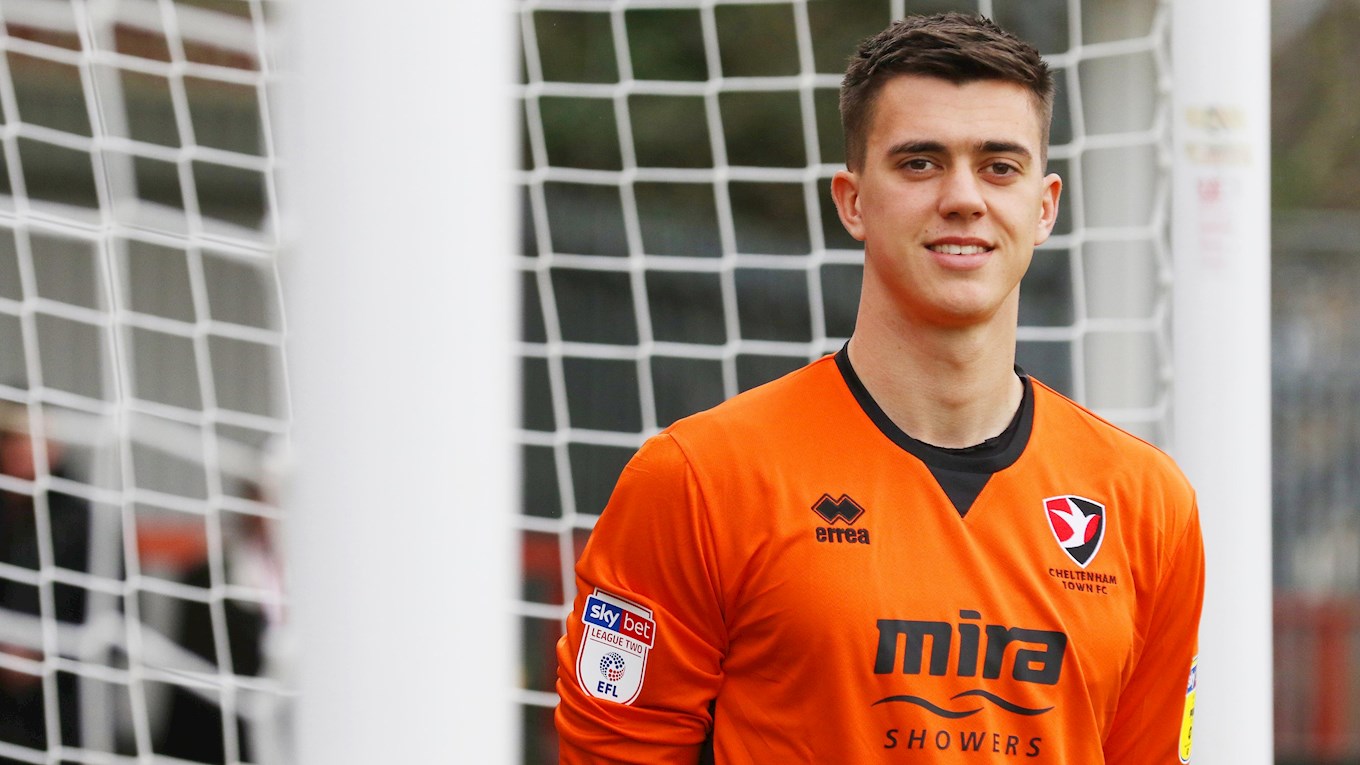 Wes Burns bagged four goals in 14 appearances on loan at Cheltenham, but he featured for the club in a disappointing 2014/15 campaign that saw the Robins relegated from League Two into the National League.

He netted on his debut, in a 3-1 home loss to Burton Albion, and went onto score against the likes of Accrington Stanley, Mansfield Town and Newport County, but couldn't prevent the club from slipping out of the Football League.

For Wales he was a regular at under-21 level but he's failed to earn a cap for the senior squad despite impressing at League One level where he finds himself on the books at Fleetwood Town. 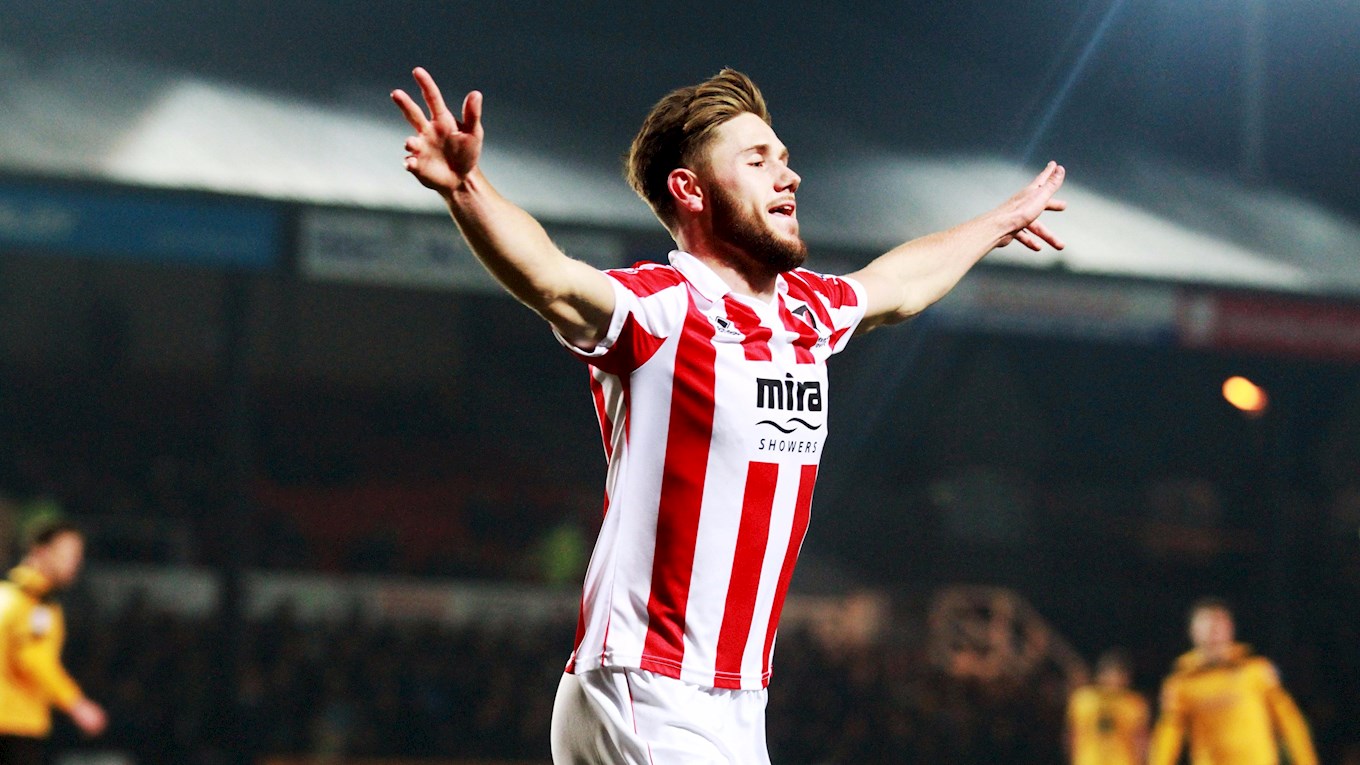 Another former Cheltenham loanee, Jake Taylor spent the 2012/13 season on loan from Reading, making 15 appearances in all competitions and scoring once in a 4-0 win over Wycombe Wanderers.

He was also sent out on loan by Reading to the likes of Aldershot Town, Exeter City, Crawley, Leyton Orient and Motherwell before he transferred permanently to Exeter in 2016 where he's been a key part of their midfield set-up since then.

He earned one senior cap for Wales having played throughout the age groups. His senior appearance came in a Euro 2016 qualifying win over Cyprus in October 2014 when he was a late substitute for Hal Robson-Kanu. 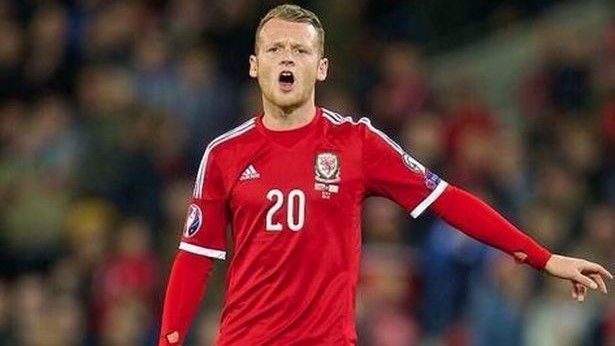 There are numerous other Welshmen who have spent time at the Jonny-Rocks Stadium.

James Wilson spent an early part of the 2013/14 season on loan from Bristol City and the defender made one international appearances for Wales against Belgium in October 2013 a few days after his final game for the Robins.

Another full Wales international to appear for Cheltenham in the Football League is David Pipe. His one and only cap came against the USA, six years before he moved on loan to the club for a brief period from Bristol Rovers.

Stuart Fleetwood (pictured below) spent time with the Robins on loan from Charlton Athletic in September 2008. Now 34 and playing for Yate Town as a player/coach, he scored two goals in seven showings in all competitions. 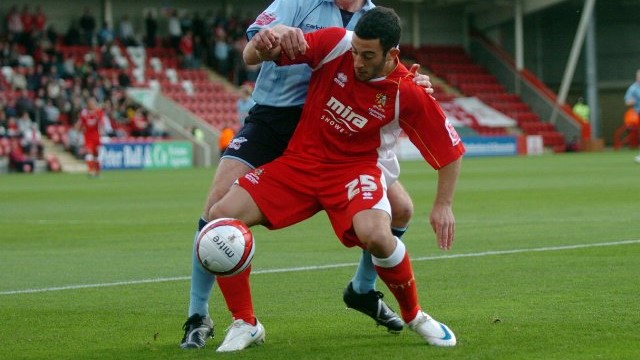 Midfielder Eliot Richards signed for Cheltenham in early 2015. Sadly his time was affected at the club after being diagnosed with testicular cancer, but pleasingly he made a full recovery and is now playing National League football at Barnet.

Swansea City legend Kristian O'Leary has just been appointed under-23s boss at the Liberty Stadium. He was on loan at Cheltenham for a period in 2006 and also currently manages Carmarthen Town.

Newport born Darren Jones had a loan spell at the start of his career in 2003 from Bristol City.

Holding midfielder Lee Lucas was recruited as a loanee from Swansea in January 2014. He only made two appearances and is now playing Southern Premier South football at Taunton Town having earned 19 under-21 caps for Wales.

Daniel Parslow spent the first part of the 2016/17 season in the Football League with the Robins having played a key part in the defensive backline that helped the team win the National League at the first attempt the previous season. He had represented Wales when he was younger at under-21 level having come through the youth ranks at Cardiff City.

Goalkeeper Connor Roberts was at Cheltenham between the summers of 2012 and 2014. He only ever made one Football League appearance in a end of season loss against Dagenham & Redbridge, but has since gone onto play top flight football in Wales for the likes of Bangor City, The New Saints, Llandudno and Aberystwyth Town where he's currently on loan from TNS.