It's EFL Youth Development Week and in the build up to the Euro 2020 championships it's an opportunity for all clubs in the Football League to celebrate the young players who have come through their youth systems to play in the football pyramid.

This season at Cheltenham Town there were five current and former Robins academy products who played their part gaining minutes for the first team in the club's successful 2020/21 League Two title success.

George Lloyd, Grant Horton, Tom Chamberlain and under-18s scholars Callum Ebanks and Felix Miles all got match time during the season across all EFL competitions.

Combined they made a contribution of 2,522 minutes to Michael Duff's championship winning side.

Although Andy Williams did spend a season with the academy at the start of his career his playing time is not included in the figures.

Here's a breakdown of what they helped the team achieve this season:

The 2020/21 season was George Lloyd's fourth in the first team at Cheltenham after he burst onto the scene while still a scholar during the 2017/18 campaign.

It has been a real breakout season for the Gloucester based 21-year-old as not only did he gain more game time than ever before but he played a huge part in the team's success as League Two winners. He's now made 73 appearances in all competitions for the club.

His well-taken winning goal in the 1-0 win at Stevenage in April was a major step towards promotion, while his brave extra time FA Cup second round winner against Crewe Alexandra at the end of November was crucial in not only knocking out a team from the level above, but also in helping a cup campaign that would eventually finish with a fourth round appearance against Manchester City. 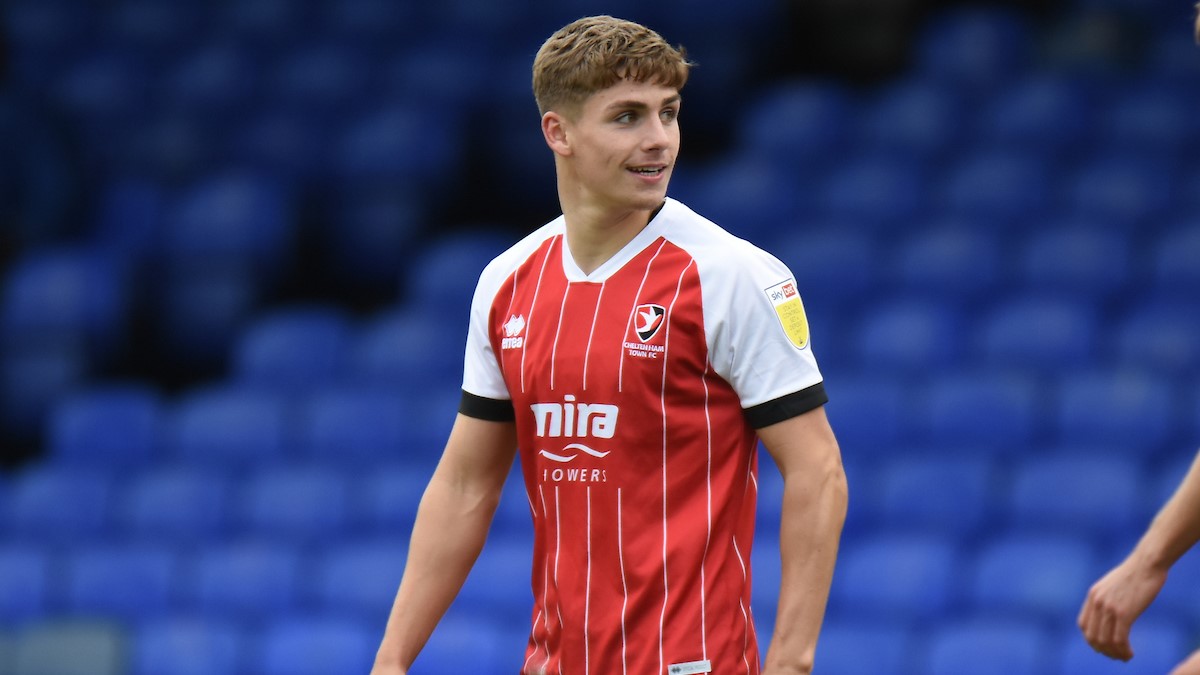 Having joined the club's academy at the age of 9, Grant Horton has extended his stay until the end of the 2022/23 season after signing a new two-year contract at the end of April.

It comes at the end of a fantastic first season as a professional that will live long in the memory of the Hereford based right-sided defender.

He spent the first part of the season on loan in the National League South with Bath City. The disruption caused by covid-19 led to the abandonment of football at that level, so he returned permanently to the Robins, and will fondly remember the impact he made as a second half substitute in a crucial 1-0 away win at promotion rivals Cambridge United. He came off the bench and helped keep a clean sheet against a team who had top goal scorer Paul Mullin in fine form.

The youngster also featured in Papa John's Trophy fixtures against Norwich City under-21s and Newport County AFC and kept a clean sheet in all of his first team appearances during the 2020/21 season. 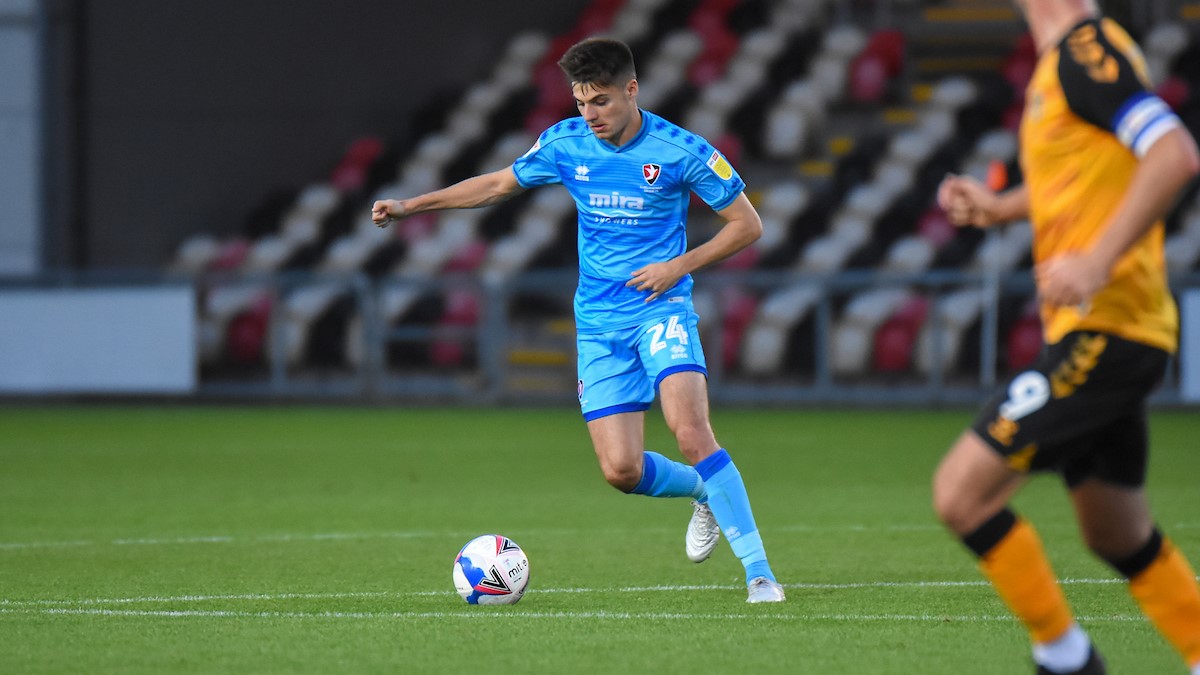 Tom Chamberlain joined the academy at Cheltenham as a youngster having been discovered playing for local side Leckhampton Rovers.

A Cheltenham boy through and through, Chamberlain grew up supporting the club while playing in the academy and also attended All Saints' Academy - a partner school for the club and the academy.

His debut season as a professional footballer not only saw him end with a League Two winners medal around his neck but he played over 200 minutes - with all his appearances coming in the Papa John's Trophy against Newport County AFC, Norwich City under-21s and Portsmouth.

The powerful midfielder also spent time on loan at Southern Premier Central side Alvechurch, though covid-19 frustratingly impacted on his opportunity to get more game time in non-league.

Sadly his time has come to an end at the club but he'll be one to keep an eye on in the future as he looks to return to the professional game. 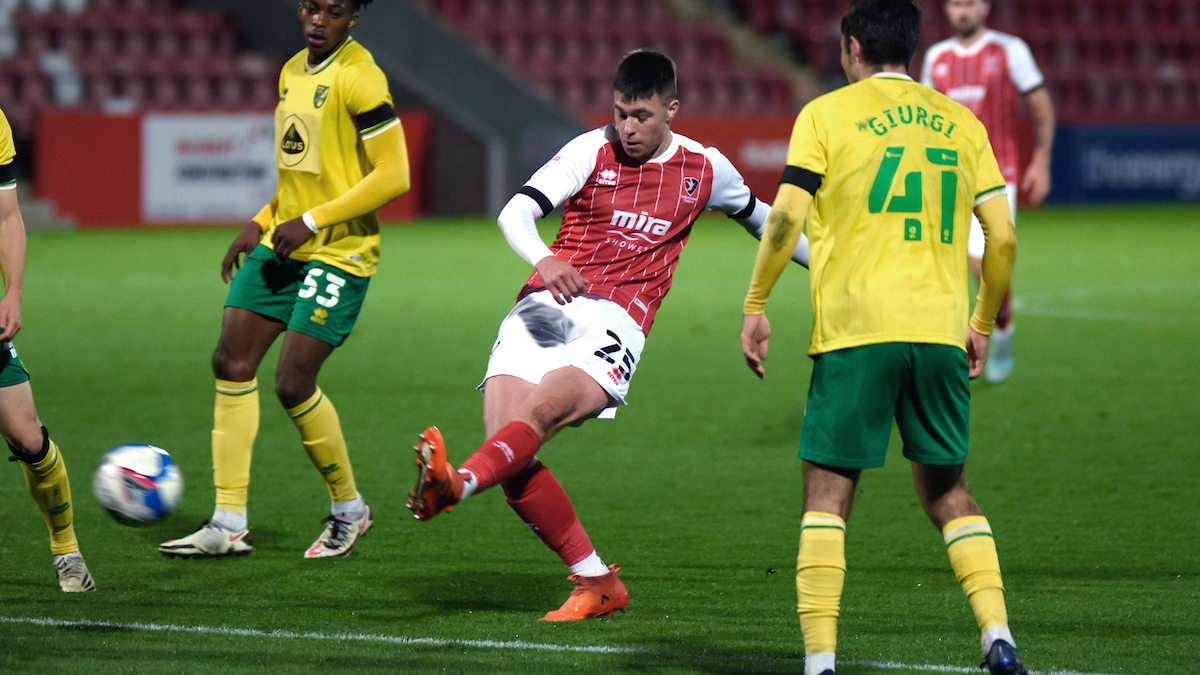 Despite still being a second year scholar in the under-18s, Callum Ebanks was rewarded with his stunning form with a three-year professional contract midway through the campaign.

The Birmingham born attacker has made a major impact for the under-18s in the last two seasons, including playing a part in the 2019/20 FA Youth Cup campaign that led to a penalty shootout loss to Arsenal.

In November he made his professional debut coming on as a late substitute in the Papa John's Trophy 1-0 win over Norwich City, replacing the experienced Reuben Reid at the top of the pitch.

With time on his side it will be fascinating to see how Ebanks develops as he looks to earn more minutes at first team level and add all important goals to his game in the Football League. 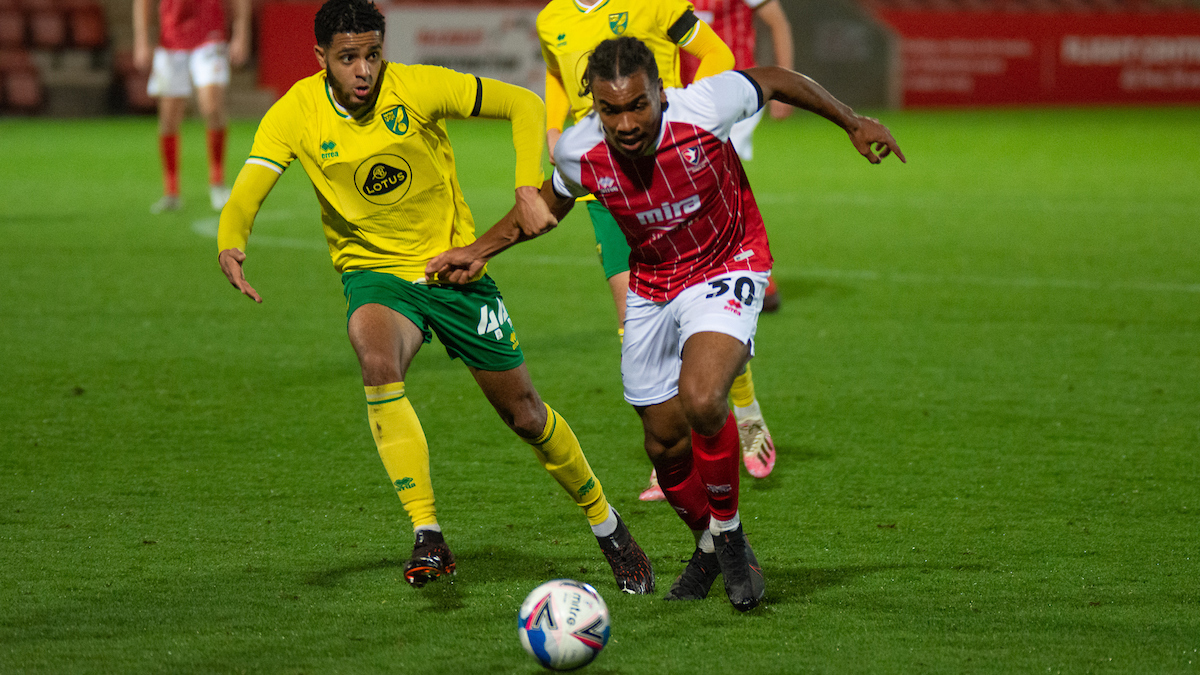 Less than six months after finishing his studies at Marling School in Stroud, Felix Miles made his first team bow in the club's 2020/21 season as a late substitute in the Papa John's Trophy second round loss to League One Portsmouth in December.

The teenager had been on the bench alongside fellow under-18s scholar Connor Jakeways in a previous game in the competition, but he was handed his opportunity to get first team minutes for his first professional appearance against Pompey.

He came on as a 77th minute substitute for Finn Azaz and produced a shot on target shortly after entering the pitch.

The Bisley based youngster, who has been a part of the academy since when he was in primary school after being spotted at a Cheltenham Town Community Trust holiday camp, will be looking forward to a second year as a scholar and possibly more opportunities with the first team in the 2021/22 season.

To wrap up a great first year as a scholar he was also named the LFE League Two Apprentice of the Season. 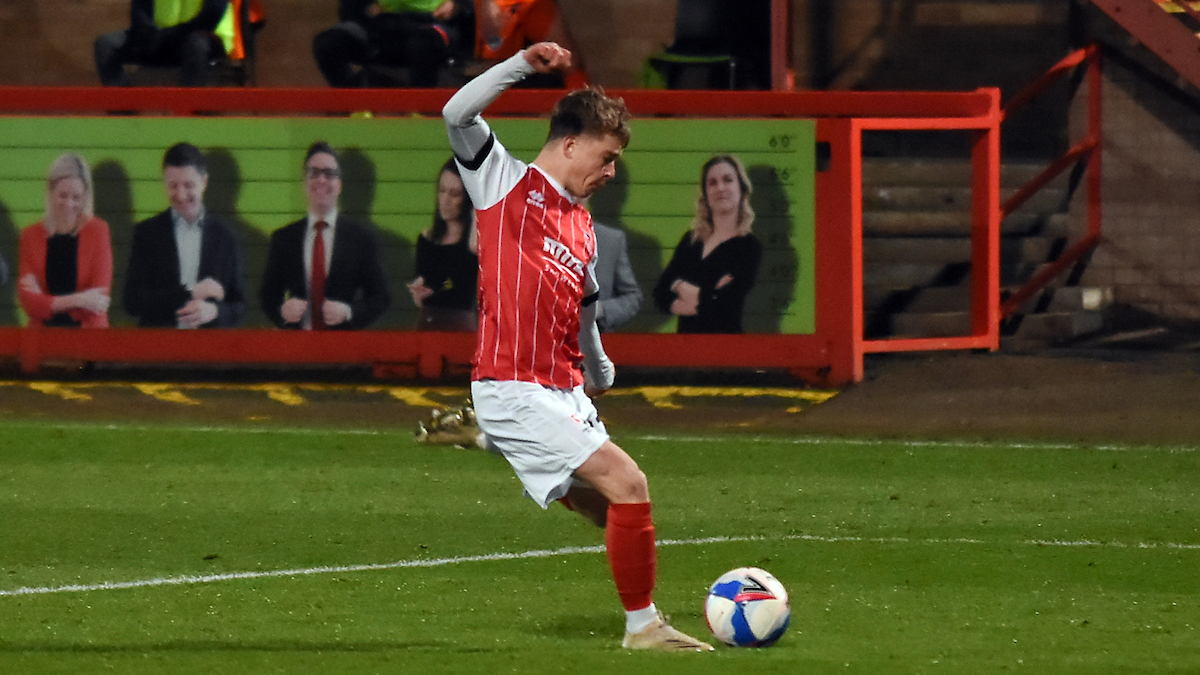