On Sunday England open up their long awaited Euro 2020 campaign with a Group D fixture against Croatia, and we've challenged some of our players at Cheltenham Town to select what they think is their best England XI heading into the tournament.

First up to pick his starting XI is midfield man Conor Thomas. He's elected to go for a 4-3-3 formation with one holding midfielder.

Take a look at who makes his best England Euro 2020 XI and why he thinks they should be in the starting line-up:

Right back: Kyle Walker - "Athletically I think he is the best in that position"

Left back: Luke Shaw - "I think he should be in the team off the back of the season he's just had"

Centre back: John Stones - "If he is fit to play"

Centre back: Harry Maguire - "Like Stones if he is fit he would be my starting centre back"

Defensive holding midfielder: Declan Rice - "I think he is the best defensive minded player to play in there"

Central midfielder: Jack Grealish - "With Mount I think they would be the best combination and he has a bit of flair" 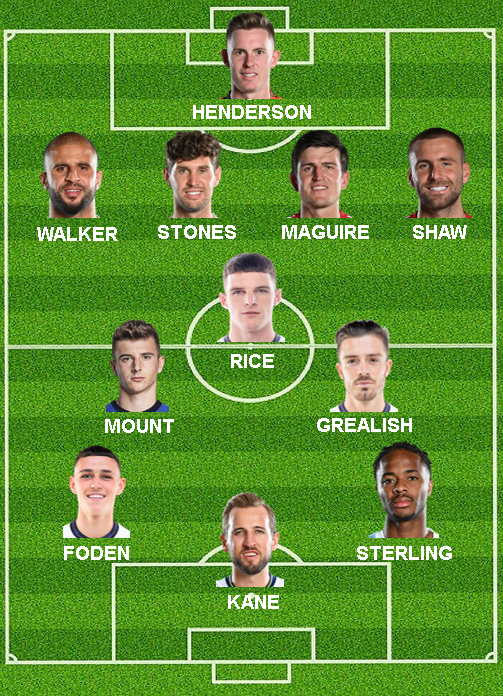