Conor Thomas made a century of Football League appearances for Saturday's pre-season friendly opponents Coventry City at the start of his career.

The central midfielder totalled 117 appearances in all for the Sky Blues between 2010 and 2016 - an up and down period for the former Premier League side which saw them suffer relegation and a number of issues around their home venue in the 2021 City of Culture for the UK.

Now though they've been back in the second tier of English football for the last 12 months and are preparing for another campaign in the Championship ahead of their visit to Gloucestershire this weekend.

Thomas has been taking a look back at his memories from pulling on the Coventry shirt - a crucial period in the 27-year-old's career as he heads into his fourth season as a Cheltenham player.

Coventry is a club you have a lengthy relationship with?

It means everything - it's where I started and it's my hometown club. I was there from the age of six or seven and came through the academy. I've had some of my best times there breaking through and because I came through the academy it was with all my best friends as well, it was quite a unique experience, and we've all gone our seperate ways now. There are some good memories from being there. I started at Christ The King which was a local team to me down the road and got picked up at six and went on through the academy.

As a club in recent times it seems to have sometimes been a bit up and down with the Sky Blues. Is that something you noticed when you were there or did it not extend to the football side?

It was very noticeable. We had two administrations when I was there and a lot of manager changes. There were issues with the stadium, we played at Northampton one season, and there was a lot that went on behind the scenes so that did affect the football on the pitch quite a bit sometimes unfortunately. But it's a massive club, the fan base is huge, and it looks like from afar that they're starting to get the stuff behind the scenes sorted and they're back at the Ricoh now. They stayed up in the Championship so it looks like things are looking up.

After playing two FA Cup games against Crystal Palace and Birmingham as a young lad coming through you were thrown straight into regular appearances in the Championship. What was that like being expected to perform in front of massive crowds away at places like West Ham, Middlesbrough and Cardiff? 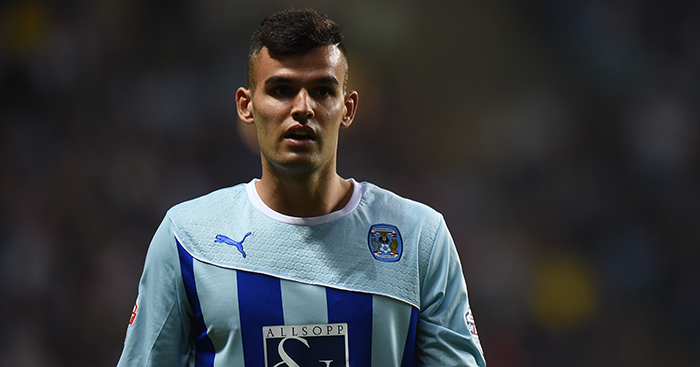 How did you find being trusted to start so many games at that level when you were new into the professional game?

It was brilliant. As a player you want to play anyway, so to do it at such a young age and to go to the likes of West Ham and playing against big teams it's just a great experience. It's something that's stood me in good stead and I'll always hold onto that.

Is Championship football in any way comparable to League Two football or are they two very different things?

They're two different sports! The lads in the Championship are in there for a reason. They're bigger, quicker, stronger, agile and better on the ball. It's a different level and they are a cut above and there for a reason but compared to League Two there are more turnovers, it's probably more physical. In a one-off game teams in League Two could hold their own of course, but week in week out they've obviously got a different level and quality of player.

Aidy Boothroyd gave you your senior debut. What was your relationship like with him?

It was good. I trained with the first team a couple of times under Chris Coleman. Aidy Boothroyd got the job and I was 16 training with the first team which was brilliant. Back then he was quite old school and quite tough on me, he gave me a bit of tough love. We used to do staff vs. kids games every Thursday and he just used to kick pieces out of the under-18s to toughen everyone up and that was just how he was as a coach back then. He gave me my debut and he started off really well so he was really good for me. He showed me the difference between under-18s and first team football by battering me every Thursday! 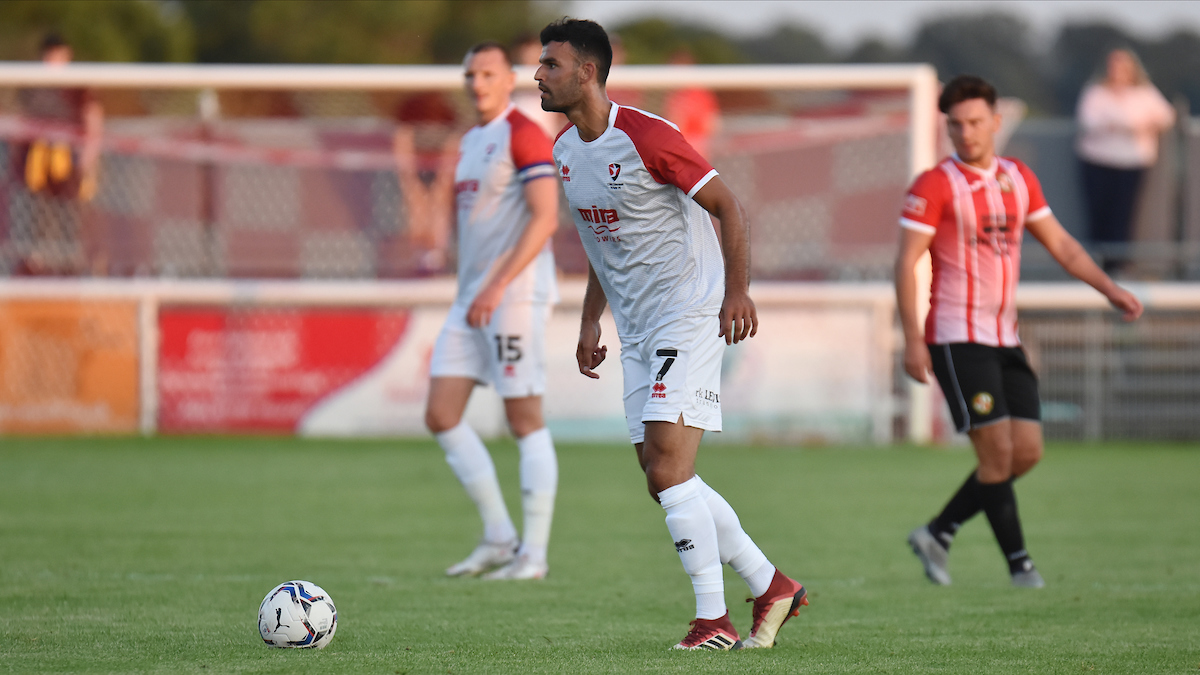 There were so many managerial changes in the years you were there. Was that hard without the continuity you've had at Cheltenham over the last few years?

It was difficult because any club you go to at any level you do want the continuity. It's hard when one manager comes in with his own ideas and own players that he may only be there for a season, or even less than that. So it's difficult to get settled and get your squad together and really work on something. It looks good from the outside that they've got that stability now.

You played under the current Coventry boss Mark Robins in his first spell at the club. How did you find that?

It was good and I remember when he first came in I was injured so it was really frustrating. When you get a new manager you want to show them what you can do and I was out for quite a while. I worked my way back into the team and I got on well with him and he left and moved onto Huddersfield. He did well when I was there but he wasn't there for too long because he did so well he got snapped up.

Despite the number of managerial changes you made a lot of appearances for Coventry. Those managers who came in must have been pleased to stick with you in the side?

One season where I didn't play many games I ended up having a hip operation, that was under Tony Mowbray I think. That was a tough year. But with the different managers it was difficult, but it was brilliant to see them and work under them and see their different styles. It was a learning process.

Tickets for Saturday's fixture against Coventry are available to buy online. Buy before midnight on Friday to save £2 on your ticket.

You can also buy your ticket from the ticket office when it opens at midday on Saturday.