Today we have launched our new away kit, dedicating to the club's record appearance maker Roger Thorndale.

Here club historian Paul Godfrey takes a closer look at his time at Whaddon Road which spanned seven decades as a player, manager and supporter.

Roger was a locally-born player who first signed forms in the summer of 1955 as a 15-year old. He turned up at the club asking for a trial and was pressed into action at right-back for the Colts team in a Cheltenham League match against Smiths Athletic as the scheduled player in that position didn't turn up.

Thorndale represented Gloucestershire at Under-18 level and played alongside future England international Mike Summerbee for Cheltenham Schools. He made his debut for the reserves in the Birmingham League against Darlaston in September 1957 and signed a professional contract at the end of that season (13.5.58), remaining a regular for the reserves for the next two seasons and making his first team debut in April 1960 at the age of 20. 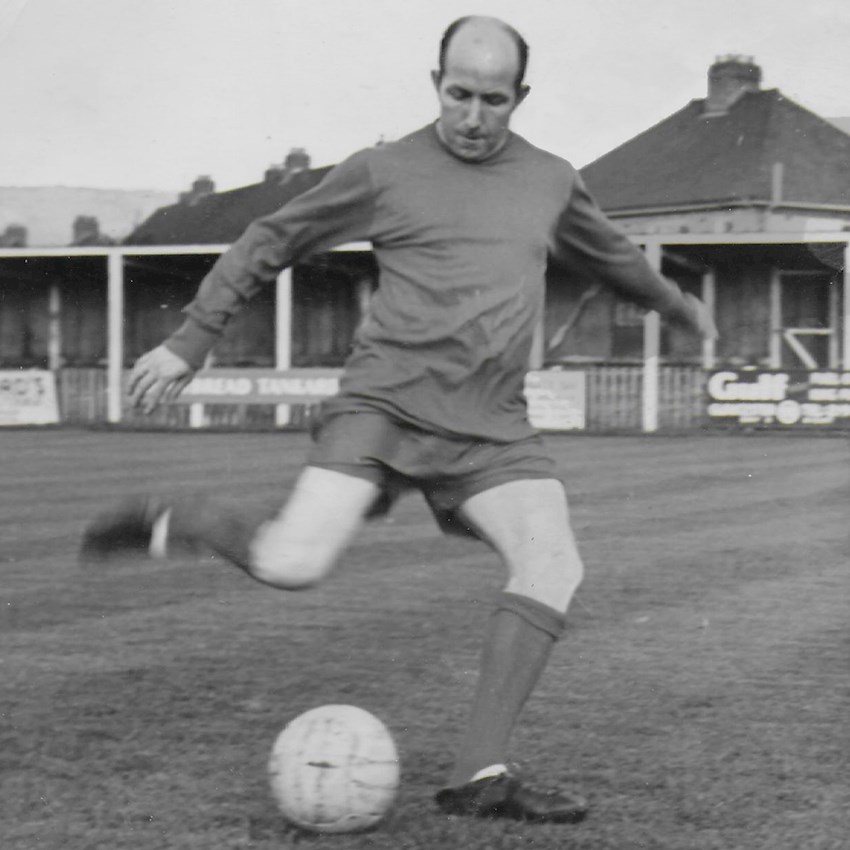 The following season Thorndale was called into the team during October and went on to hold down a regular place at either right back or right half for the next 14 years.

Thorndale became one of the few players to survive the disastrous 1961-62 season and the following campaign played alongside Peter Hauser, a player reckoned to be among the very best to have played for the club. Season 1963-64 brought promotion back to the Southern League Premier Division with Thorndale one of the few English players in a squad dominated by Scots under the management of Arch Anderson.

By then the 5ft 10ins, 11st Thorndale had already begun to lose his hair, resulting in his trademark look, but he was also forging a reputation as a highly consistent and very enthusiastic player - among the best right-backs in the Southern League at a time when the competition offered arguably the highest standard outside the Football League. 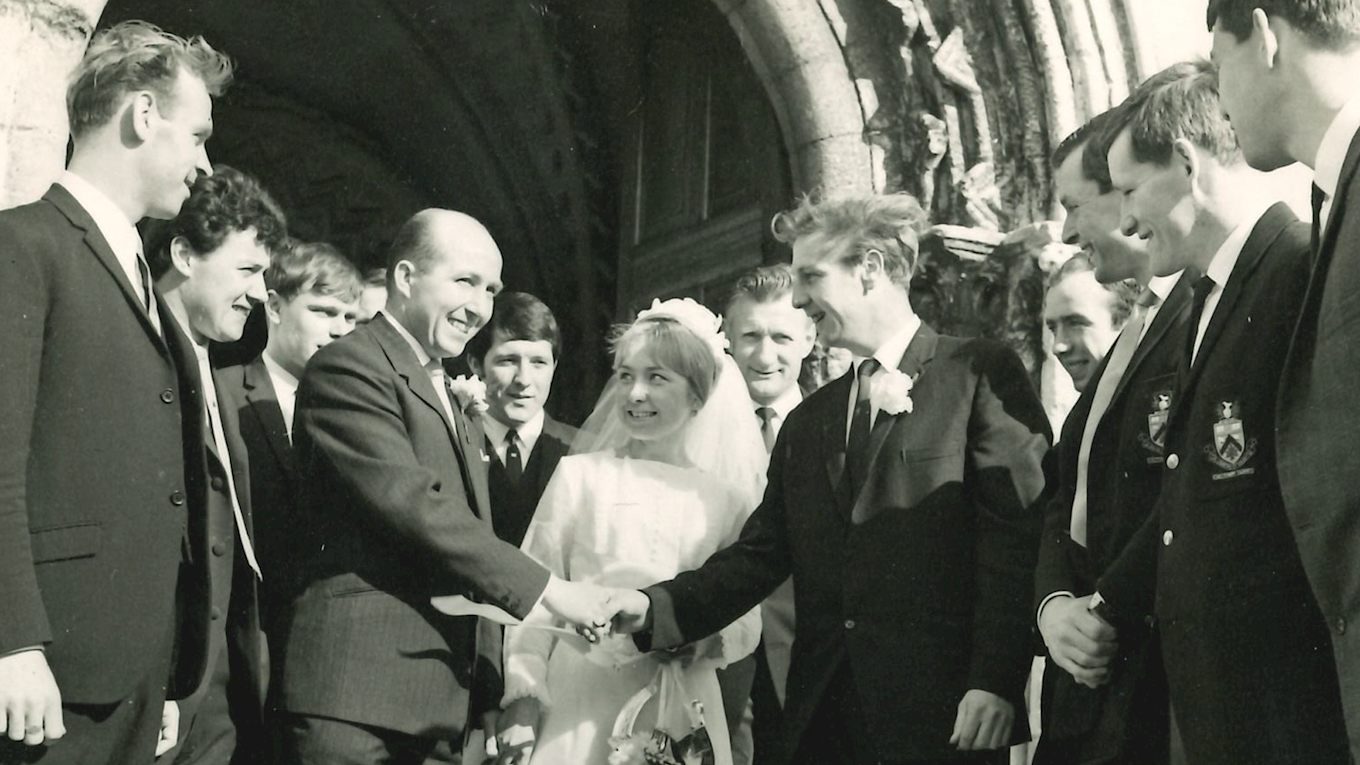 Thorndale remained the regular right-back and penalty taker as the team re-established itself in the Premier Division and he was awarded a benefit game against Derby County in 1966. The following year in March 1967 he got married on the Saturday morning (pictured above) but got to the ground in time to play for the Robins against Wellington Town in the Southern League.

He was a member of the entertaining Bob Etheridge team that finished fourth in the Southern League in 1967-68 but suffered the heartbreak of relegation the following season despite reaching the Southern League Cup final. Thorndale, however, remained a fixture in the team and was named captain in 1969-70 and 1970-71.

Throughout his time with the club Thorndale was a semi-professional, working as a toolmaker at Smiths Industries with his family home at Hatherley, as well as playing football for the Robins and helping to run a team in the newly formed Cheltenham Sunday League.

Thorndale was described by Gloucestershire Echo reporter Derek Goddard as: "not the quickest player but possessing a very good football brain and positional sense as well as being one of the best tacklers anywhere." A popular character among supporters and fellow players alike, Thorndale was a big part of the positive spirit within the club for a number of years, although he reputedly only played on a Football League ground once: against Brighton & Hove Albion in the FA Cup in 1969.

Thorndale's last full season in the first team was 1974-75, during which he was awarded a second benefit match against Hereford United and was appointed assistant manager to Denis Allen. The following season he took charge of the reserves in the newly entered West Midland League and played regularly for the second team, enabling him to earn a recall to the first team as cover for injuries and making his 700th starting appearance for the club.

Thorndale remained in charge of the reserves for around 10 years and had two matches in charge of the first team as caretaker manager in season 1981-82. Among the young local players he helped to develop was Steve Cotterill, who emerged from the reserve team in 1983.

Thorndale finally left the club in 1984 as a result of budget cuts but a few years later he was invited back as a life vice-president and continued to watch home matches right up until his passing in 2020. 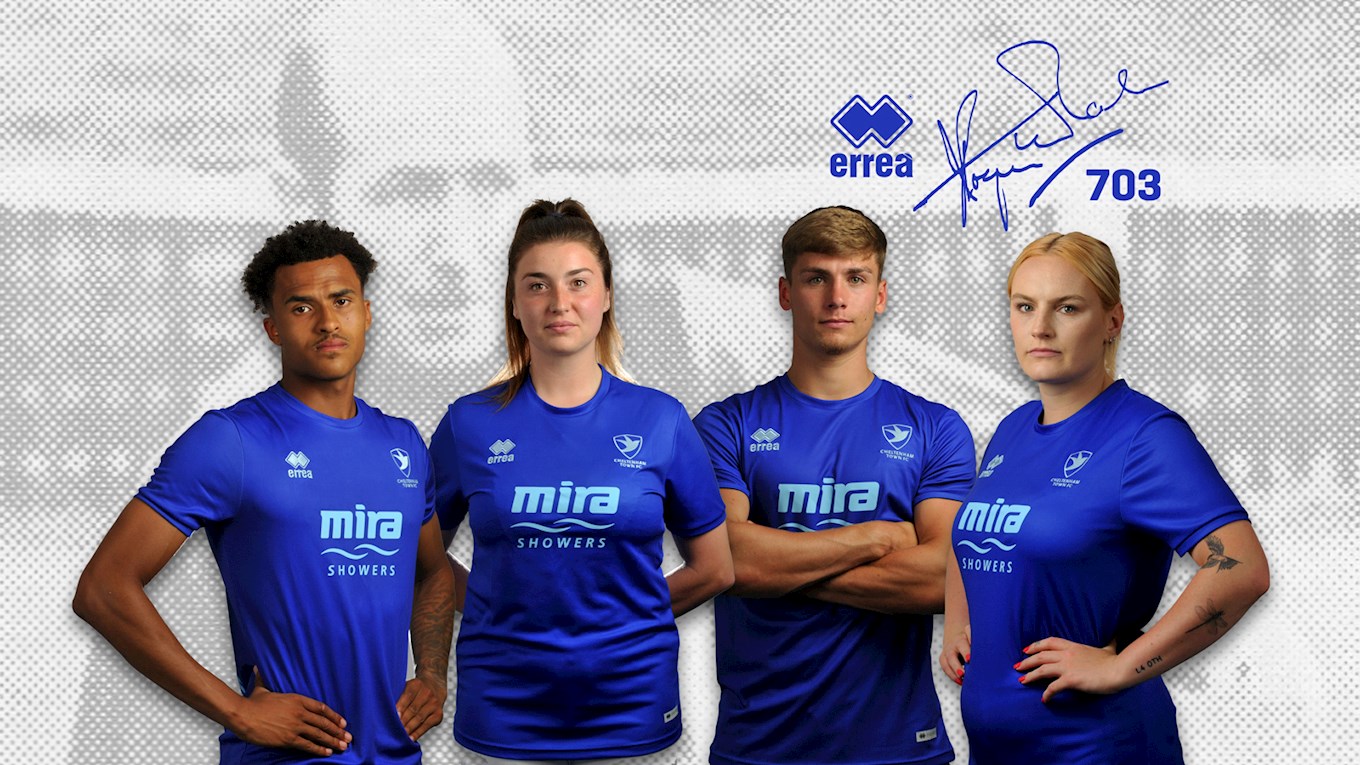