Second half goals from Matty Blair and Charlie Raglan saw Cheltenham Town end their pre-season fixture schedule with a win over Walsall.

The Robins have recorded six pre-season wins from their seven warm up games before the new League One campaign, which gets underway next Saturday at Crewe Alexandra.

Level at half time, Michael Duff's charges controlled much of the second half, and after seeing Blair score early in the second period, Raglan headed in to secure a confidence boosting final win.

Under the management of new head coach Matty Taylor, the Saddlers are set for a better season this time around in League Two, and they started brightly when one of their summer recruits, Conor Wilkinson, got in behind and shot straight at Owen Evans.

Lively on the break, Emmanuel Osadebe went close approaching the midpoint of the half, while Will Boyle forced the visitors to clear for a corner when his looping header almost snuck in shortly after. 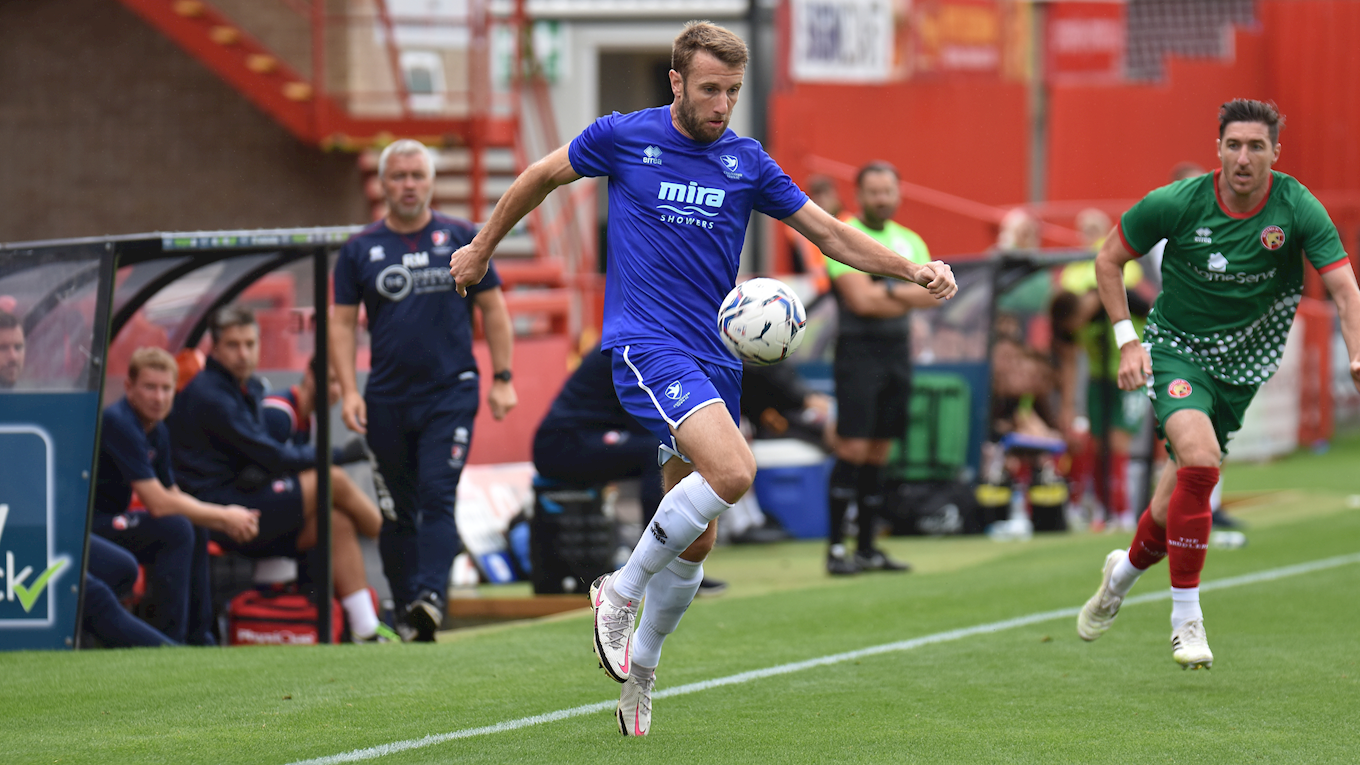 Alfie May saw an opportunity saved by Carl Rushworth ten minutes before a half time break where only seconds before referee Kevin Johnson's whistle the away side crashed a header against the crossbar through Kieran Phillips who had done well to reach a Conor Wilkinson cross.

Blair's goal only six minutes into the second half led to a dominant second half showing.

He picked up Ellis Chapman's diagonal ball and turned inside onto his left foot and found the bottom corner.

Good work from Liam Sercombe on 66 minutes created an opportunity for Andy Williams, but the experienced striker was thwarted at the last second by Manny Monthe's solid block.

Raglan doubled Cheltenham's lead a minute later. Hussey popped up on the right and crossed towards the near post and the half time substitute got across goalkeeper Jack Rose perfectly to head home.

May almost extended the Cheltenham damage when his curving shot dropped just wide of the woodwork, while Owen Evans was forced into action when Wilkinson's looping header almost dropped under his crossbar.

Determined to hold onto a clean sheet, the shot-stopper then produced a brilliant close-range save to deny Osadebe who looked set to halve the score line, only for Evans to stand tall and make the block.