It's been created to acknowledge the crucial role our season ticket holders have played over the course of the last 12 months, the most challenging time in the club's history.

Back in October we promised to produce a special design, featuring the name of each and every season ticket holder who waived their season ticket refunds, together with the words 'Thank you 2020/21' in the neckline.

In the end 765 supporters donated their money to the club to help it through the most challenging time in its history after initially signing up for the 2020/21 campaign only for it to be cut short at such an early stage.

It becomes our official third shirt for the forthcoming season, with a new away strip set also to be announced in the summer after two years of the current version.

As a gesture of goodwill the adult shirts are just £32.50 while junior sizings are £25, the lowest we've priced a new jersey for well over ten years.

The predomanantly white shirt will be matched by white shorts and red socks becomes the first third strip since Mark Yates's men wore a one-off white shirt in the 2013 Capital One Cup second round game against West Ham United at Upton Park. 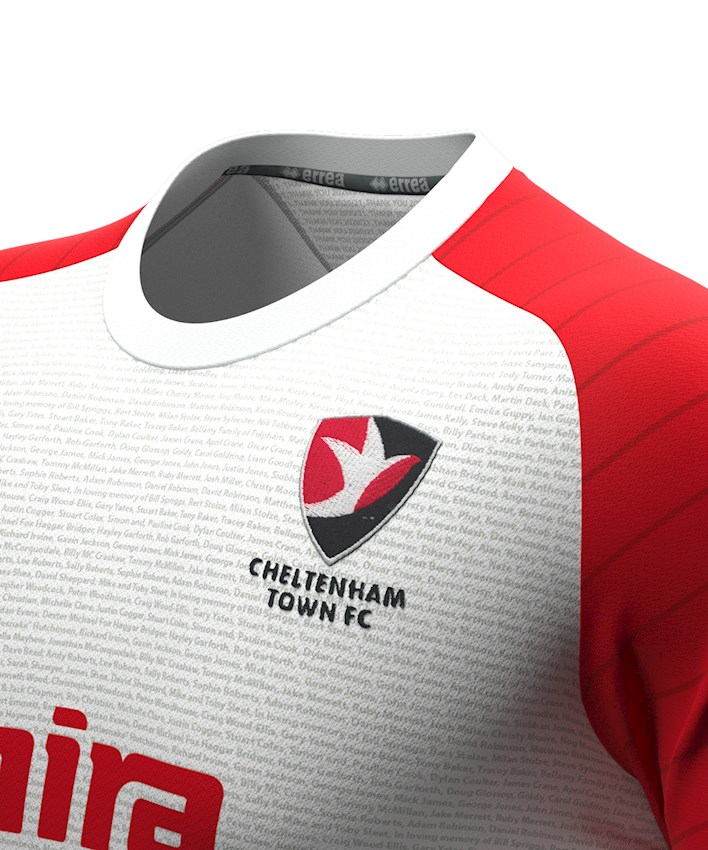 Firstly, we need to finish the design. We must make sure we have all the names for our season ticket holders so we will be contacting them this week by email to confirm the details we hold are correct. This process has been slightly delayed by the volume of work created by the Manchester City game but we will complete it in the next few days.

Then we will then confirm the final design with the team at Erreà, with the shirt expected to arrive at the club at the beginning of the summer.

Meanwhile we have opened the pre-sale window in our online shop. To make sure you're one of the first to receive it in May you must place your order by Friday, February 5 (at midnight) although you will be able to continue purchase it in the next few months.

We will of course keep everyone up-to-date over the coming months through all the usual channels. 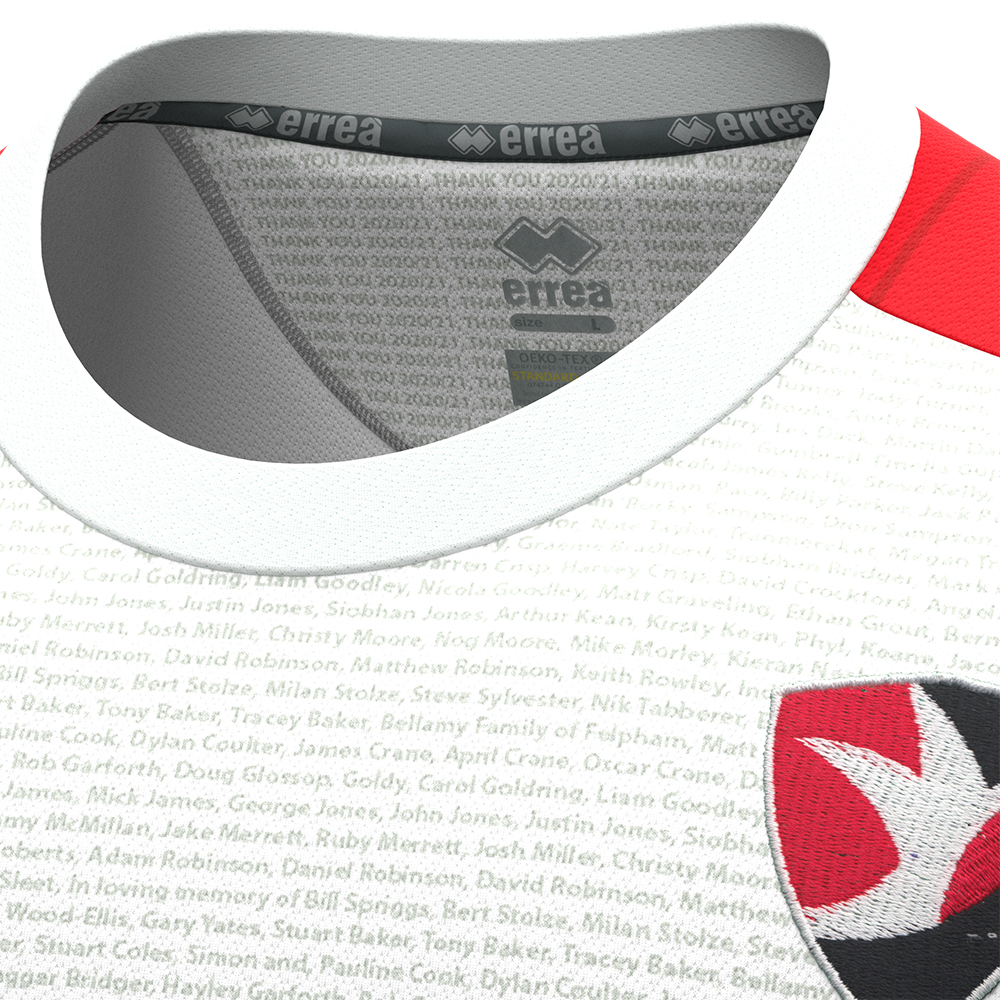 Thank you for standing by us

While this shirt has been designed to acknowledge the crucial role played by our season ticket holders, there are so many others we need to thank.

We thank every single person who bought a season ticket in good faith but went on to request a refund. The pandemic has brought many challenges and we are grateful to those supporters who still backed the club last summer, despite the uncertainty.

There were also hundreds of fans who turned down refunds at the end of last season, lost to the original lockdown back in March. And as a club we are thankful for a number of fan-led initiatives in the past year alone.

There was the headshave fundraiser, with players 'braving the shave' to raise almost £10,000 for local NHS charities. Then of course there were the cardboard cutouts for our play-off semi-final against Northampton Town. More than 1,100 supporters paid to not be at the game, raising more than £32,000 for the club on Crowdfunder.

More recently fans from across the world supported the 1887 Red Army crowdfunder to the tune of well over £30,000 – and counting – for the cup matches against Mansfield Town and Manchester City. And down the years supporters have raised almost £150,000 through crowdfunding and that remarkable contribution will never be forgotten by the club.

So to each fan who's supported us, we say 'thank you'. This shirt is designed to show how the supporters are at the heart of everything we do. 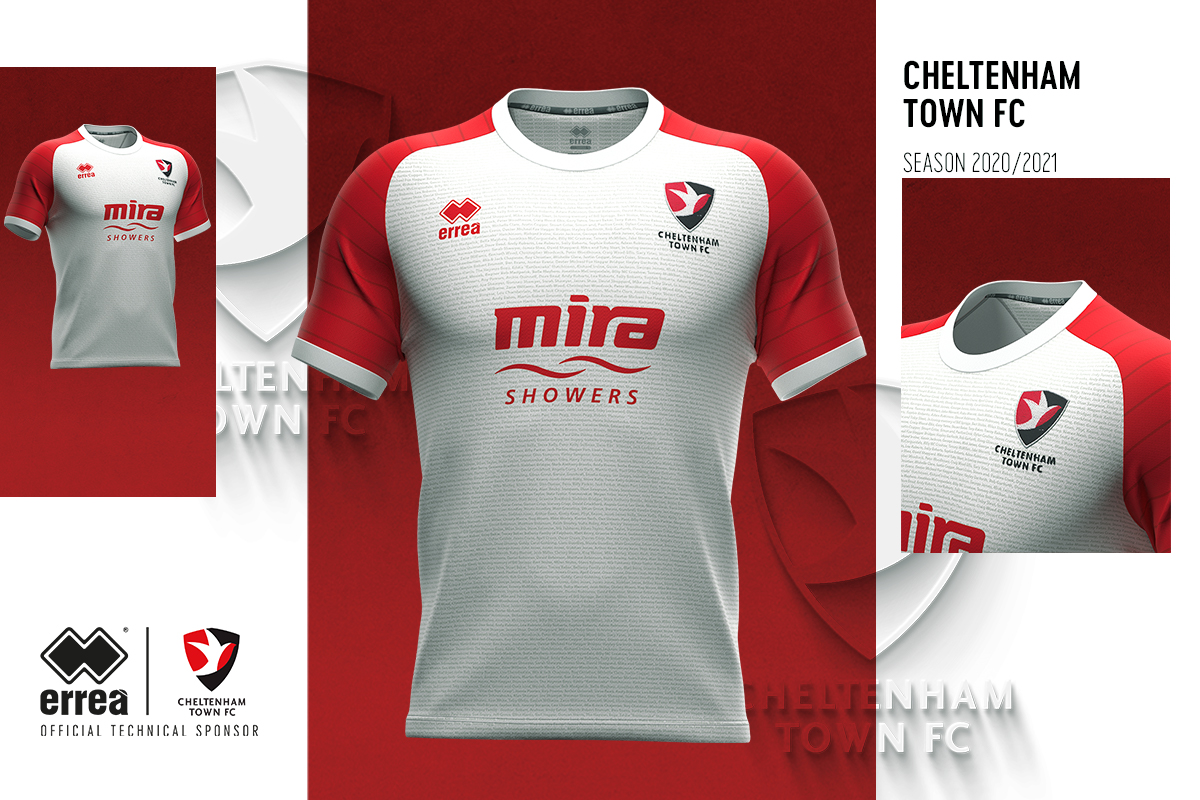