The second half of the League Two season begins tonight with a home clash against Oldham Athletic at the Jonny-Rocks Stadium (kick-off: 7pm).

Boosted by the confidence of a special performance against high flying Premier League side Manchester City on Saturday, Michael Duff's squad enter into this evening's fixture knowing they need to put their foot down and get back to the reality of the all important League campaign.

Oldham, who defeated Newport County AFC on the weekend, will provide a tough opposition, and boast one of the best away records in the division. So tonight's game is finely balanced and all set up to be a competitive occasion.

Make sure you don't miss a kick by watching the game in full online by purchasing a match pass on iFollow for £10.

There are injury concerns in the camp which mean Chris Hussey, Liam Sercombe and Ellis Chapman are unlikely to be involved.

Tom Chamberlain is available though after being cup-tied for Saturday's FA Cup game.

Check out Michael Duff's pre-match press conference looking ahead to the match.

Going into the weekend Oldham had failed to register a win in four League Two matches and also went out of the FA Cup at the third round stage against Championship side AFC Bournemouth.

On Saturday though they recorded a good home win against Newport County AFC, and travel to Gloucestershire as one of the in form teams when it comes to their away record in League Two. On the road this season they've won six times including successes over the likes of Exeter City, Bolton Wanderers and Newport County.

They may have a decision to make in their goalkeeping selection this evening. Usual incumbment Ian Lawlor wasn't involved on Saturday because of an injury, so 22-year-old Laurence Bilboe deputised instead.

In front of him in their defensive set-up expect a familiar face in full back Sido Jombati who joined them in the summer after leaving Wycombe Wanderers. He spent three years at Cheltenham having been plucked from non-league Bath City.

Also at the back they can turn to 19-year-old Arsenal loanee Harry Clarke, while Tom Hamer and Carl Piergianni were both unused substitutes at the weekend despite their experience.

Their midfield ranks have been boosted by the signing of Nicky Adams recently from Northampton Town. Ben Garrity is on loan from League One Blackpool, while Congo international Dylan Bahamboula has caught the eye since he arrived at the club in October from Bulgarian outfit Tsarsko Selo Sofia.

At the top of the pitch Marcel Hilßner has joined on loan from Coventry City this month on loan until the end of the season. Bobby Grant also provides noteworthy Football League experience.

Former Australia international Harry Kewell took charge at Oldham at the beginning of August 2020 - his third managerial job having previously had stints in charge at Crawley Town and Notts County. Before that he had been a part of the youth set-up at Watford.

A Champions League winner from the five years he spent with Liverpool, the 42-year-old broke onto the English football scene as an attack-minded winger with Leeds United in the 90s.

He also went onto represent Galatasary, Al-Gharafa in the Middle East and Melbourne Victory and Melbourne Heart in his homeland before turning to coaching and management. 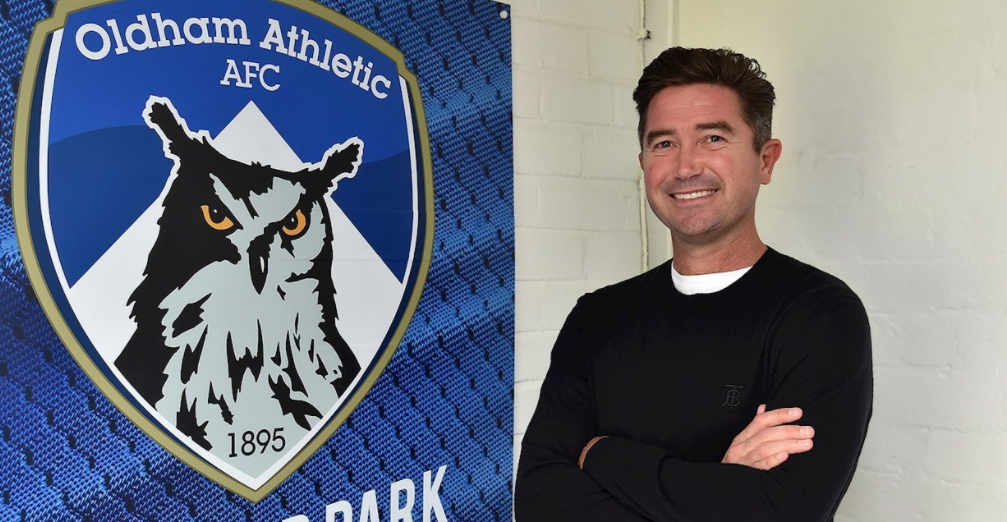 With 14 goals to his name this season, Conor McAleny has enjoyed a pleasing season in front of goal for Oldham after he arrived last summer from Fleetwood Town.

The 28-year-old is a former Everton youngster who has hit the ground running with the Latics.

In his time at Goodison Park he spent time on loan at the likes of Brentford, Cardiff City, Charlton Athletic and Oxford United until he moved on a permanent deal to Fleetwood in 2017.

While with the Cod Army he had loan spells again in Scotland with Kilmarnock and also at Shrewsbury Town.

Get your hands on either a print or digital copy of the match programme for the game by buying through the club's online shop.

The 24 page print edition features a big interview with Conor Thomas reflecting on Saturday's FA Cup tie, but looking forward to the second half of the League season as he aims to play a commanding role in the campaign, plus much more.

In the 48 page digital edition, there's an interview with Ben Tozer, a look back at the media impact the FA Cup tie had on the club, the thoughts of boss Michael Duff and lots of other features looking at the night's opposition.

The print programme is available to buy for £2.50 and can be posted (select 'match programme' as your delivery option for £1 postage) or can be collected from the club during office opening hours.

You can also buy the digital version for £2 and download it immediately. 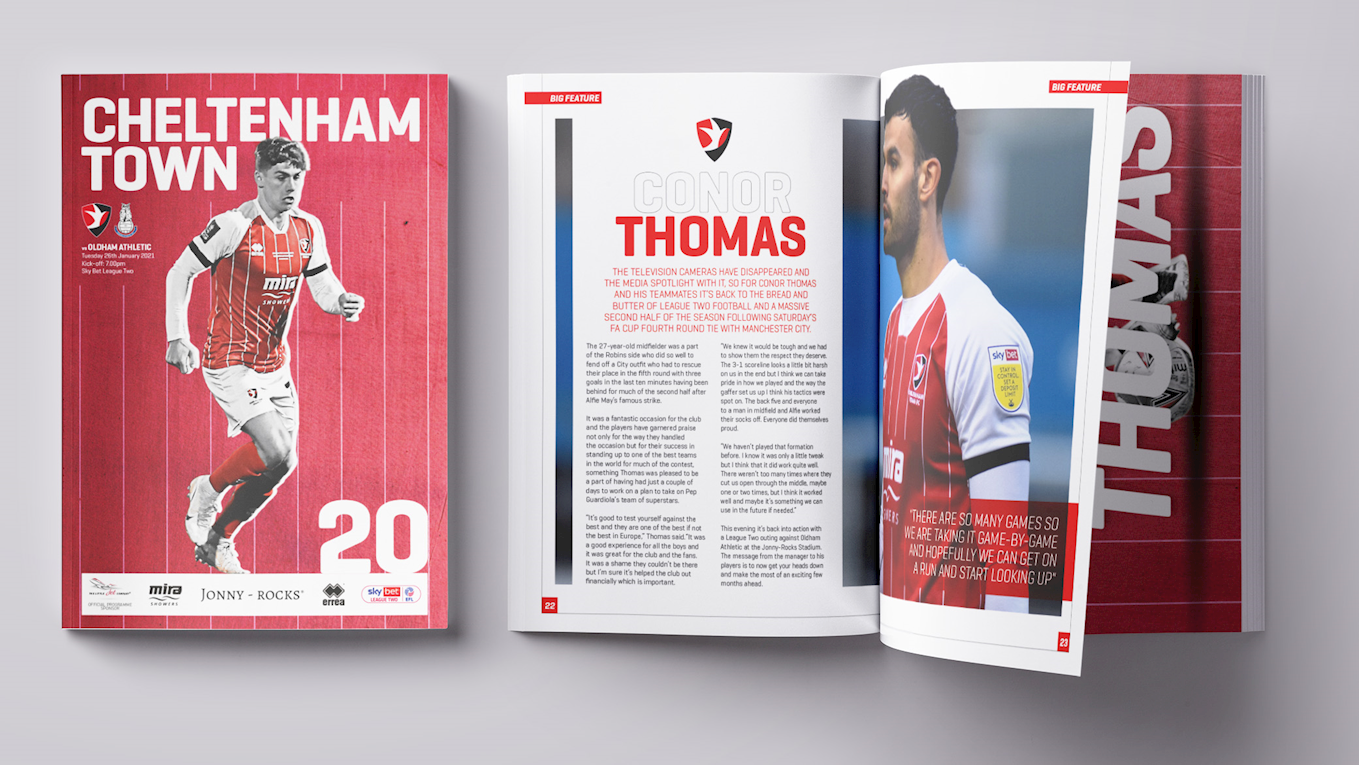 An iFollow match pass guarantees you acccess to watch the match online in full.

All you have to do is subscribe to a match pass for £10 before kick-off to enjoy the action.

Season ticket holders will have received an iFollow match pass as part of their season ticket over email. 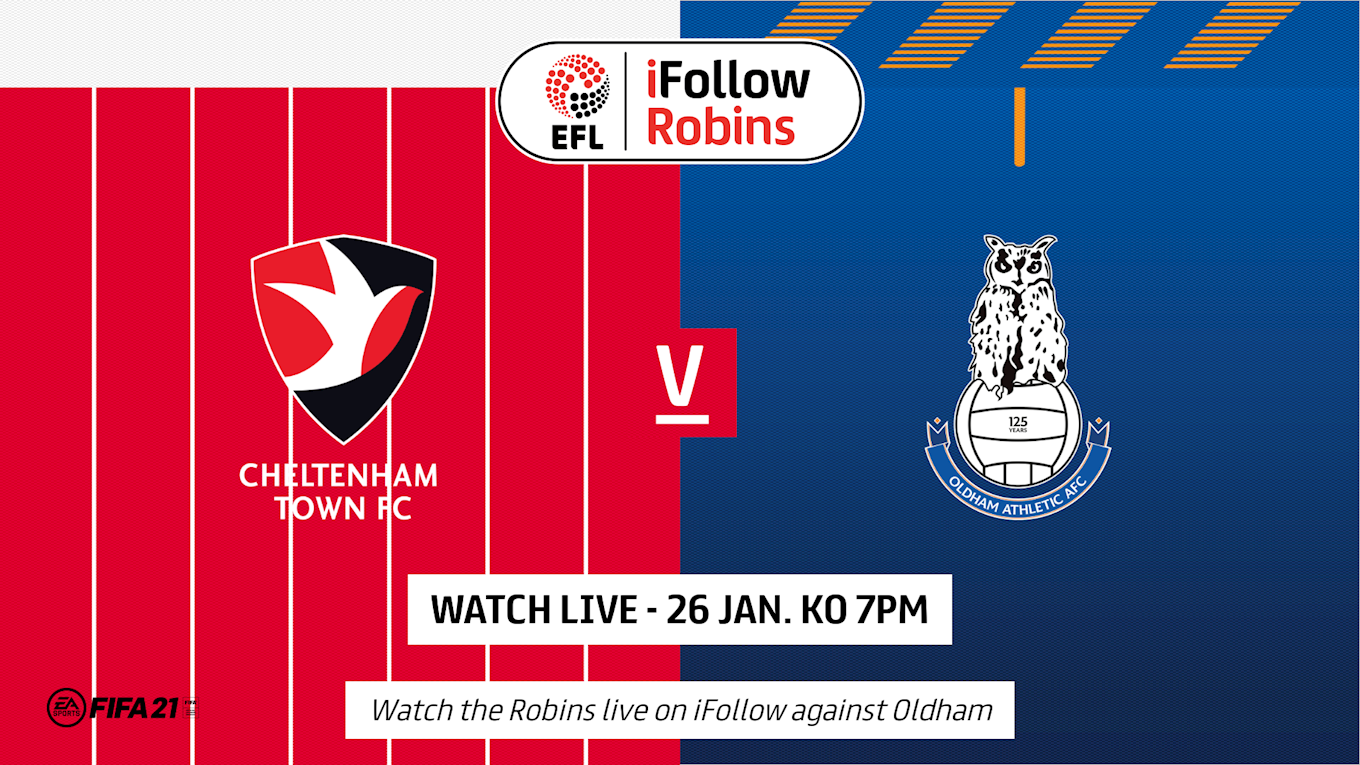 After the full time whistle you can view the match report from the game on the club website, including all the stats from the 90 minutes. There will also be the post-match press conference with Michael Duff to watch too.

Extended highlights will also be available of the action on iFollow.