Cheltenham Town enter into 2021 with a trip to Harrogate Town on Saturday (kick-off: 3pm).

The EnviroVent Stadium is the venue in North Yorkshire for a first ever competitive meeting with a Harrogate side who earned promotion to the EFL for the first time in their history at the end of last season.

Though it may be the first competitive meeting, the two clubs have met before. In 1985 they came head-to-head in a pre-season friendly shortly after Cheltenham had just been promoted into the Conference.

A 5-2 win that saw Mark Boyland score four times gave John Murphy's Cheltenham victory against a Harrogate outfit who were a Northern Counties East League Division One side at the time.

Watch Saturday's game in full on iFollow by purchasing a match pass online.

Matty Blair and Liam Sercombe are out of action after first half injuries at Colchester United on Tuesday. Sean Long and Conor Thomas could return to the squad after injury lay-offs.

Scott Flinders is also likely to miss out as he recovers from injury.

Watch the pre-match thoughts of manager Michael Duff and Cardiff City loanee Tom Sang as they look ahead to the trip.

Currently positioned 17th in League Two, Harrogate will be pleased with the steady start they've made to life at a new level.

The ambitious EnviroVent Stadium side gained promotion to the fourth tier as National League play-off final winners against Notts County at Wembley in early August 2020. They were playing National League North football in only 2018 but a set-up that includes a father and son team as chairman and manager has seen them rise through the divisions to the highest level in their history.

They've had to do a huge amount of work off the pitch to get to where they are. In the summer the 3G artifical surface had to be pulled up because of EFL rules, and after groundsharing at Doncaster Rovers for the first few weeks of the season, they're now back on familiar territory.

They head into Saturday's fixture having seen their game with Carlisle United on Tuesday abandoned early on - a decision that would have been especially frustrating given they had taken an early lead against the Cumbrians.

In goalkeeper James Belshaw they have a 30-year-old who after many years in non-league at Nuneaton Borough and Tamworth is now playing in the League for the first time having enjoyed two promotions with Harrogate.

Their defensive set-up includes Ryan Fallowfield, another who has been part of their progress through the divisions, ex-Wrexham man Jake Lawlor, and Warren Burrell who has been a Sulphurites player since 2016.

In midfield summer signing Connor Kirby, wide man Brendan Kiernan and another long-serving player in George Thomson could all feature. Lloyd Kerry is another in this area of the pitch who has been a huge part of their stability in recent seasons, while Leeds born Josh Falkingham brings helpful experience.

Up top former Lincoln City striker Jack Muldoon has been their leading goal scorer so far. Aaron Martin, signed from Guiseley in the summer, could also lead their line while many will be familiar with the presence of 37-year-old Jon Stead who brings plenty of higher level experience to their front line.

Simon Weaver took over as Harrogate boss in 2009 and with his father, Irving, as chairman has helped earn the club two promotions and achieved Football League football for the first time in their 107 year history.

It's the only managerial position he's held and he initially was appointed as a player-manager at the end of a career that saw play as a defender for the likes of Nuneaton Borough, Lincoln City, Kidderminster Harriers and Tamworth.

He is assisted by Paul Thirlwell, the former Sheffield United and Carlisle United defender. 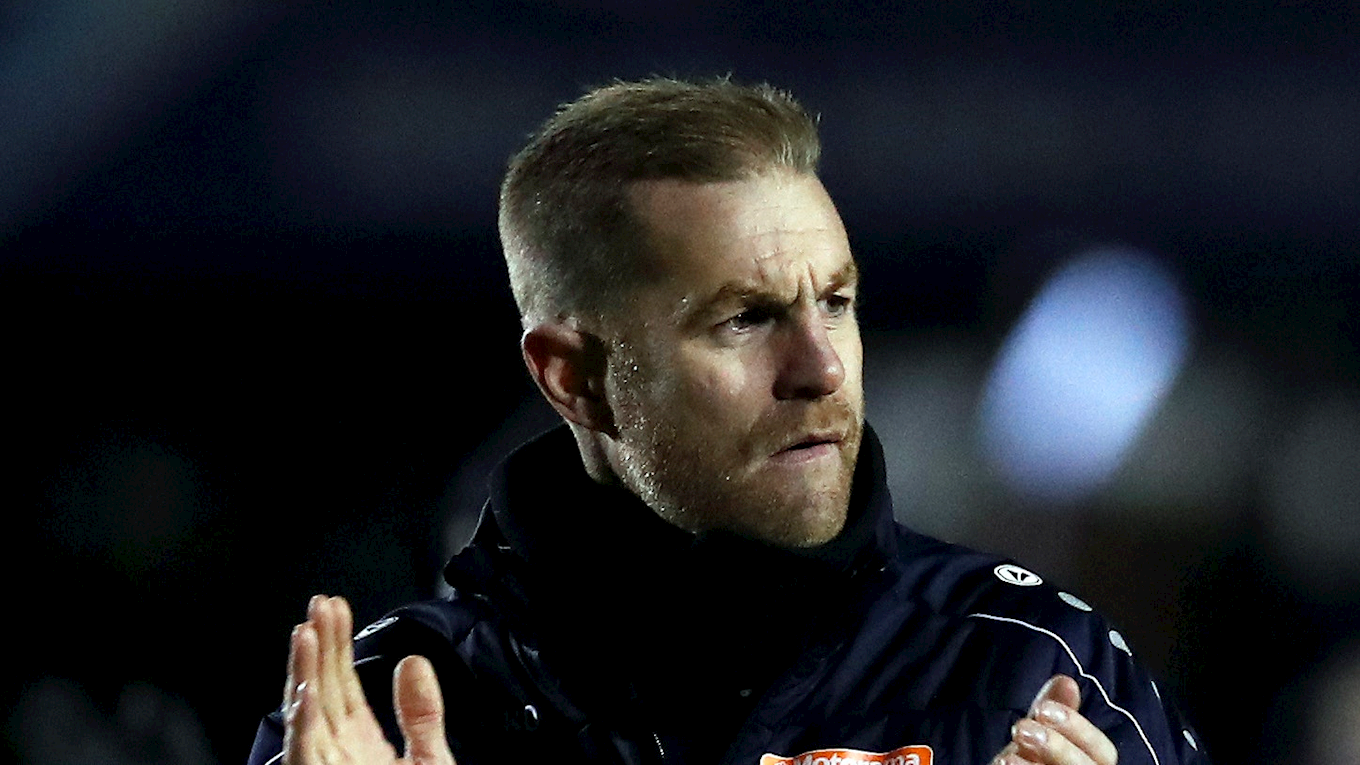 He has played in the League before in a brief stint at Rochdale, but otherwise has played the majority of his career in non-league football, though he was a part of the Lincoln City team that earned promotion to League Two under the Cowley brothers.

A number of his previous clubs have included AFC Fylde, Worksop Town, Alfreton Town and Sheffield.

You can watch the match in full by subscribing to a match pass on iFollow before kick-off.

A match pass is available to buy for £10 and will provide full match coverage of the game from the EnviroVent Stadium.

Match commentary for the game will be provided by a commentary team from BBC Radio Yorkshire. 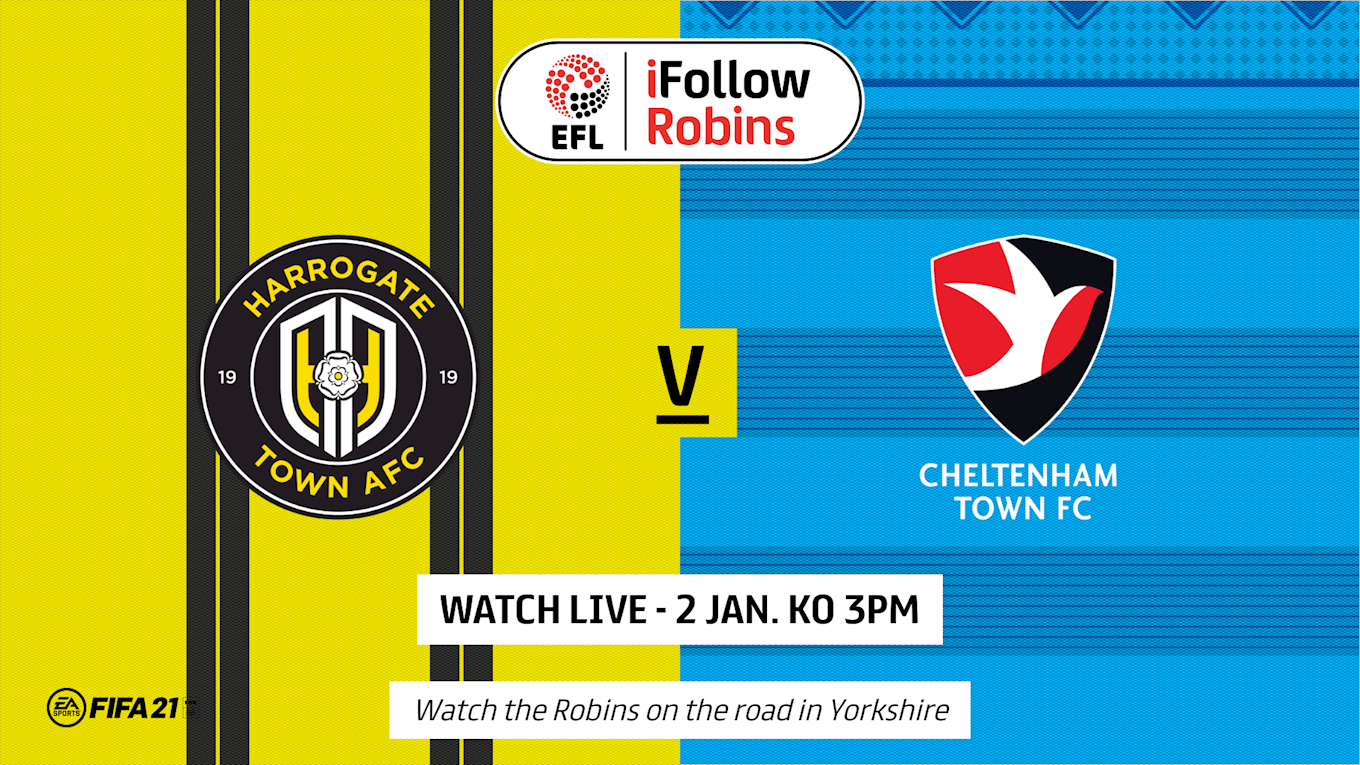 Post-match visit the club website to read the match report and to hear from inside the camp.

You'll be able to watch extended highlights of the fixture on iFollow a few hours after the full time whistle.