Cheltenham Town came from behind to snatch a dramatic late victory against Mansfield Town and progress to the FA Cup fourth round for only the third time in their history.

The two sides drew 0-0 here back in October but Nigel Clough has since taken over at Field Mill and has worked wonders with the then struggling Nottinghamshire side, winning three on the bounce coming into this one to provide a stiff test here.

What a difference 75 minutes of football makes.

The Robins have only progressed to the fourth round on two previous occasions (in 2002 and 2006) and they had it all to do after shipping the opening goal after only three minutes, a sloppy one at that.

It looked as if their recent frustrations in front in front of goal would continue, squandering a string of first half chances to get back into the contest.

And to make matters worse they lost Chris Hussey to injury at the break but Michael Duff's changes took effect and they forced the Stags into all the defending, culminating in Alfie May's fantastic goal with 17 minutes remaining to take the game into extra time.

There Ben Tozer and Will Boyle combined to produce the winner, completing the comeback and booking their berth in Monday night's fourth (and fifth) round draw with the tantalising prospect of a tie against one of the big boys.

This win ended the six-game winless streak and netted the club a handy £81,500 in what could could prove to be a big turning point for Duff, who was delighted with his side after the game.

"It definitely helps to get the result, especially on the financial side and hopefully we can get a plum tie in round four." 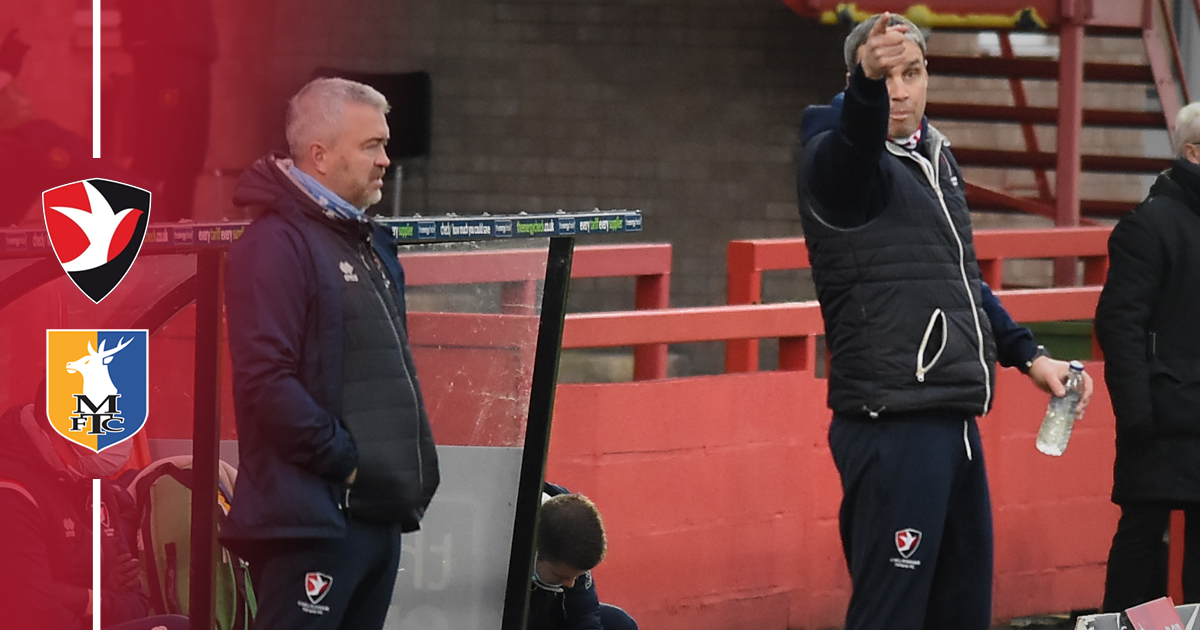 He made three changes to the side which came away from Colchester with a point before the new year. In came Conor Thomas – for the first time in six weeks – alongside Ellis Chapman in midfield and Andy Williams returned to the attack. Out went Chris Clements, Finn Azaz and the injured Liam Sercombe.

Alex Addai and Tahvon Campbell were named on the eight-man bench after loan spells at Maidenhead United and Gloucester City respectively. Sean Long made a welcome return for the first time since the play-off semi-final defeat by Northampton Town.

They made the worst possible start when Stephen McLaughlin handed the visitors the lead as early as the third minute, swapping passes with Jordan Bowery before rifling home from 20 yards.

Cheltenham though responded well to the early setback and forced two goalline clearances through George Lloyd and May, while Lloyd had turned Hussey's cross onto the bar by the quarter-hour mark. 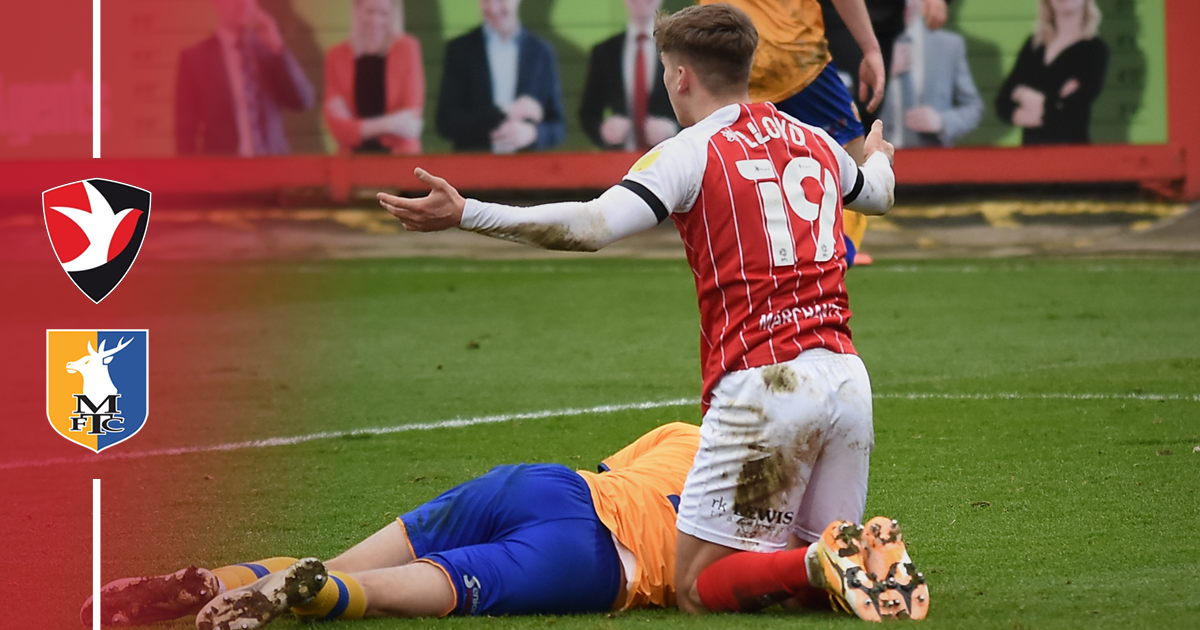 May then really should have scored with 30 minutes on the clock, firing inches over from a promising position 16 yards from goal.

Lewis Freestone came on in place of Hussey at the interval after the mercurial left back had picked up a knock in the first half. Finn Azaz later replaced Lloyd and Alex Addai swapped with Charlie Raglan as Duff looked for an improvement from his side in the final half-hour or so of the contest.

He got it and in the end, the second half belonged to Duff's side. 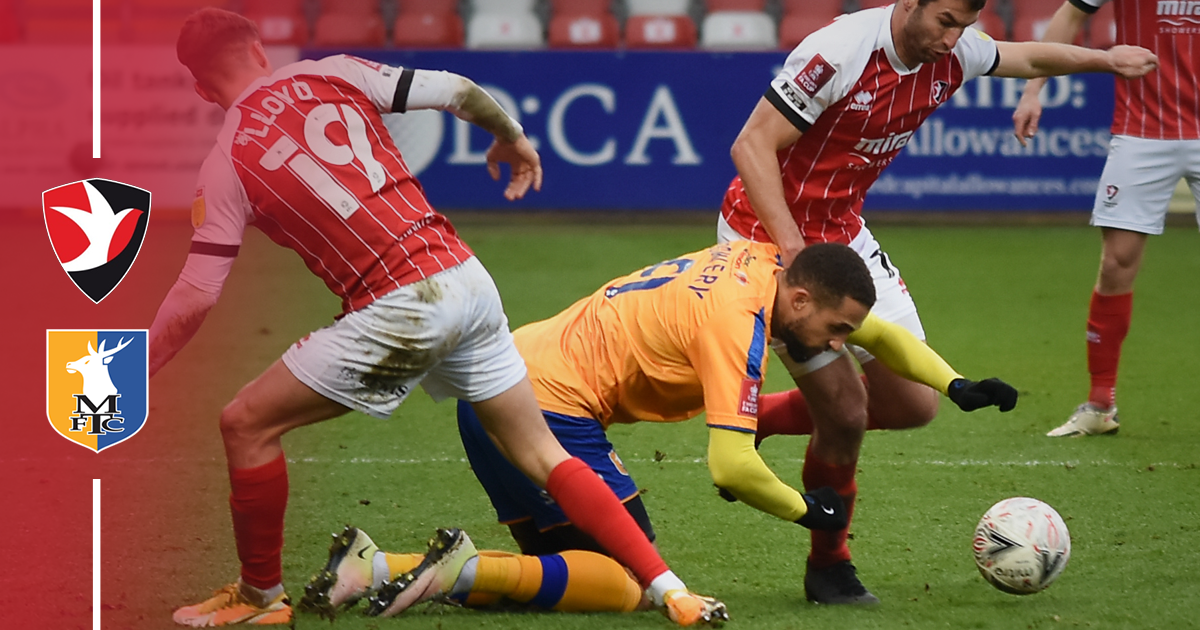 They enjoyed a lot of the ball but struggled to test Marek Stech until May called the Stag's number one into his first stop of the second period, a low one, from distance. Andy Williams went down under a challenge by Corey O'Keeffe moments later, but the referee was unimpressed.

Then they worked a nice move involving Ben Tozer, Williams and May with 20 minutes remaining, but the striker blasted high and wide from an angle.

But the equaliser finally arrived in the 73 minute when May collected a pass from Chapman out on the left, cut inside and found the top corner with a fine effort from 20 yards. 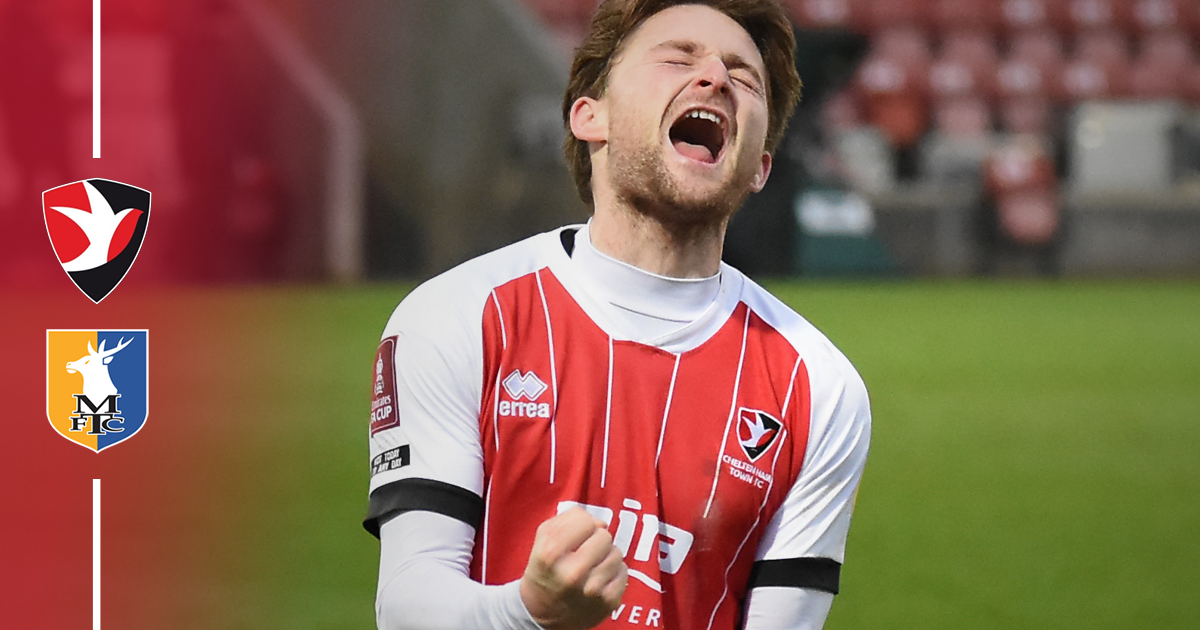 The goal took the game into a period of extra time and it was Mansfield, who had shown little adventure in the second period, create the only two chances of the first period when Reid drew a diving stop from Griffiths with an angled effort from the left, and George Lapslie went close with a deflected effort in the 100th minute.

Clements (for Chapman) was pressed into action for the final 15 minutes of the contest, shortly followed by Campbell (Williams) for his first appearance of the season, but it was Boyle that supplied the decisive moment when he went up to meet a trademark Ben Tozer throw, glancing it home to snatch the win and book a historic third appearance in round four for the club. 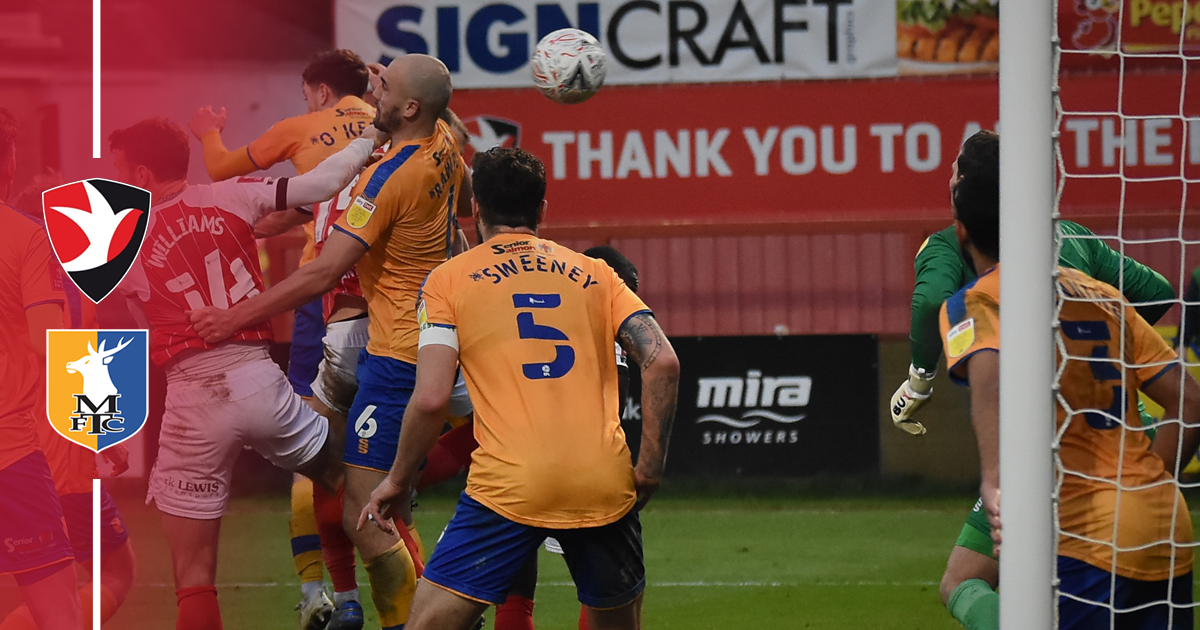