Finn Azaz has made 17 appearances for Cheltenham Town in his loan spell at the Jonny-Rocks Stadium so far.

The technically gifted midfielder has scored three times, in three different competitions, and was last on the scoresheet with the opening goal in the FA Cup second round win over Crewe Alexandra which has helped set up this coming weekend's all League Two third round tie with Mansfield.

He sat down recently to discuss his loan spell at Cheltenham so far, what he's learnt, changes at his parent club West Brom and the skills that stand out as a key feature of his game in the Robins midfield.

As a young player being sent out to a League Two team and being expected to perform for Cheltenham and develop your own career do you take that in your stride or is that a big thing for you?

I've adapted now to the level. I think I've got 12 League appearances and I feel comfortable in our team with the tactics that the manager wants so I don't think too much about the overall development and overall challenge. I carry on and adapt and I'll probably reflect when I get some time off.

How would you describe your role in the team?

Everyone has a different role within our team. At the moment we're playing with one sitter and two ahead so my role is to help out defensively depending on the opposition shape I might be pressing a full back and provide that security in the middle of the pitch. In possession it is to try and score goals, create chances, and keep us ticking over and dictate the tempo.

Is it easy to flick in and out almost mentally when you're in and out of possession? 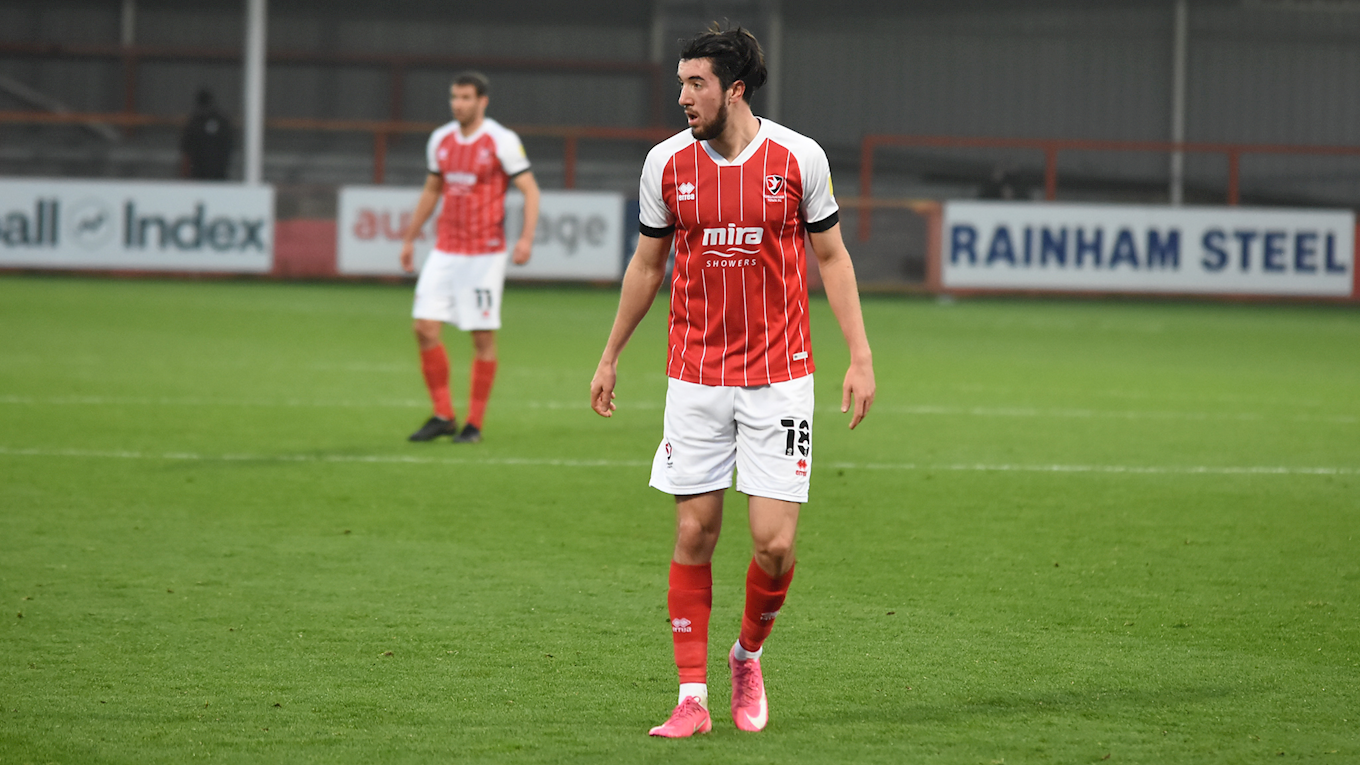 Would you describe your role and the set-up as a team at Cheltenham as structured, or is there freedom?

There's definitely a lot of structure which I think you need. The manager does say that when you get into the final third you can be creative and have a bit more freedom in the right areas.

There have been big changes recently at your parent club. What are your thoughts on that?

I think Slaven Bilic did a really good job for the team. I think they were really good last season in the Championship. It is always a shame when a manager gets sacked but that is what the board feel is right for the team and right for the club. I wish him well and wish the new manager well.

Is it strange being away from your parent club when there are things going on such as a management change you can't affect right now?

I wasn't that close to the first team when I left. I saw myself as an under-23s player. It's not that strange but it is a bit weird that there will be big changes going on back there when I go back. At the moment I'm just concentrating on Cheltenham Town.

How do West Brom know when a player is ready to go out on loan?

When under-23s football becomes comfortable and not a challenge anymore.

Where did you learn the skills that you pull off so impressively in tight areas on the pitch?

I like practicing tricks at home in the concrete bit of my garden. I've done a lot of practice there over the years on my touch, different tricks, juggling tricks, ground tricks - stuff like that. I also have just watched certain players and how they play and studying the game when I watch it. I watch live football in the Champions League and how they do stuff - and then just try to mirror it.

Do you consider your skilful ability to be an addition to your game or is it your game?

I think I'm trying to become an all-round player so I think I've improved a lot defensively when I've been here and tactically. Those tricks come with confidence so my confidence is high at the moment so I can do those tricks and they come off at times. They do make me unique in that sense because not everybody can do them. That's why I practice them because not everyone can do that.

Is there any particular player you like to base yourself on?

I like Kevin De Bruyne. He has that total all-round game. Even though I don't play like them what you want to see when you watch football is tricks - you want to see entertainment. Anyone that has got that chop like Mbappe, his chop is one of the best, Bernardo Silva, Mahrez, players like that. When they do those chops that's when I enjoy watching football the most and I try to implement it into my game.