A quickly rearranged trip to a Walsall side who have experienced recent managerial upheaval is up next for Cheltenham Town on Tuesday (kick-off: 7pm).

Saturday's fixture at the Banks's Stadium was postponed because of a frozen pitch, and the two teams now meet on Tuesday looking to complete another game in an otherwise hectic League Two fixture schedule.

Since the weekend the Saddlers have seen some major changes in their managerial hierarchy. Brian Dutton has been appointed as acting Head Coach until the end of the season, stepping in to the top role after the departure of manager Darrell Clarke, who has been appointed as the new boss at Port Vale.

Cheltenham will be aiming to make the most of the managerial switch around at their opponents, while also targeting a season double over the Saddlers, for what's sure to be another tight affair.

Watch the game in full online on Tuesday by purchasing an iFollow match pass online ahead of kick-off.

Ellis Chapman is expected to be back involved in the squad after a recent thigh injury ruled him out. He will fill the void created by Chris Clements after the midfielder suffered a hamstring injury in the win at Harrogate Town last time out.

Manager Michael Duff spoke to the press on Thursday to look ahead to the game. Defender Sean Long has also been previewing the fixture when he spoke to the media.

Unbeaten in four games going into Tuesday's fixture, Walsall will be looking to add to that run, though will do so under the leadership of Brian Dutton after Darrell Clarke's switch to take over at Port Vale on Monday.

They are 11th in League Two and sit six points outside of the play-off places which they will be looking to make a surge for in the second half of the League Two campaign.

Their goalkeeper, Liam Roberts, is approaching a decade of first team squad service having risen through the ranks with the Saddlers.

In front of him they feature a defence that includes January loan addition from Lincoln City, Max Melbourne, who scored on his debut after joining against Mansfield. Dan Scarr has been a reliable figure having developed in non-league football around the Midlands, while Hayden White brings useful League experience.

Their midfield options include 19-year-old Alfie Bates who is the latest academy product to break into the first team. Bates has followed in the footsteps of Liam Kinsella who has now racked up over a hundred League showings, while they may also turn to the experienced Stuart Sinclair, Emmanuel Osadebe or AFC Bournemouth loanee Frank Vincent if needed in this area.

At the top of the pitch they lost former Cheltenham loanee Elijah Adebayo to Championship side Luton Town for an undisclosed fee in January. They'll be hoping Northern Irishman Caolan Lavery will be able to provide goals in the second half of the campaign.

Wes McDonald adds creativity in the final third, Tyreik Wright is a teammate of Indian Vassilev's in the Aston Villa under-23s set-up and moved on loan to the Banks's Stadium in the transfer window, while Frenchman Derick Osei was another mid-season forward arrival on loan from Oxford United.

Brian Dutton will take charge of his first game as Walsall's new interim Head Coach - a position he has agreed to fulfil until the end of the season in the wake of Darrell Clarke's departure to Port Vale.

The 35-year-old is a long-term colleague of Clarke. He firstly played under him in his non-league days at Salisbury City and then when he finished playing became a part of his coaching staff at Bristol Rovers, firstly in the academy before progressing into the first team set-up.

In his playing days he featured mainly in non-league though he did begin his career in the Football League with Cambridge United. After that spells at Weymouth, Eastleigh, Salisbury City, Harrogate Town, Northwich Victoria, Havant & Waterlooville and Eastbourne Borough followed.

He is being supported in his new role by defender Mat Sadler and goalkeeper coach Maik Taylor - a former Northern Ireland international teammate of Michael Duff's. 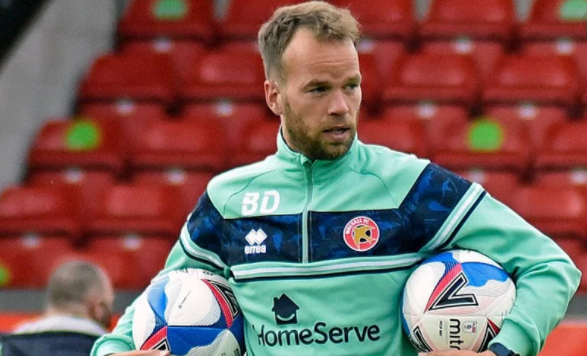 One to watch: Josh Gordon

Attacker Josh Gordon has registered five goals in 18 appearances for the Saddlers this season.

The 26-year-old is in his third season at the Banks's Stadium after transferring from Premier League side Leicester City where he had been a part of the under-23s set-up with the Foxes.

He began his career in non-league football, featuring for Newcastle Town, Stafford Rangers, Nantwich Town and Welsh side Rhyl before he got his break with Leicester. 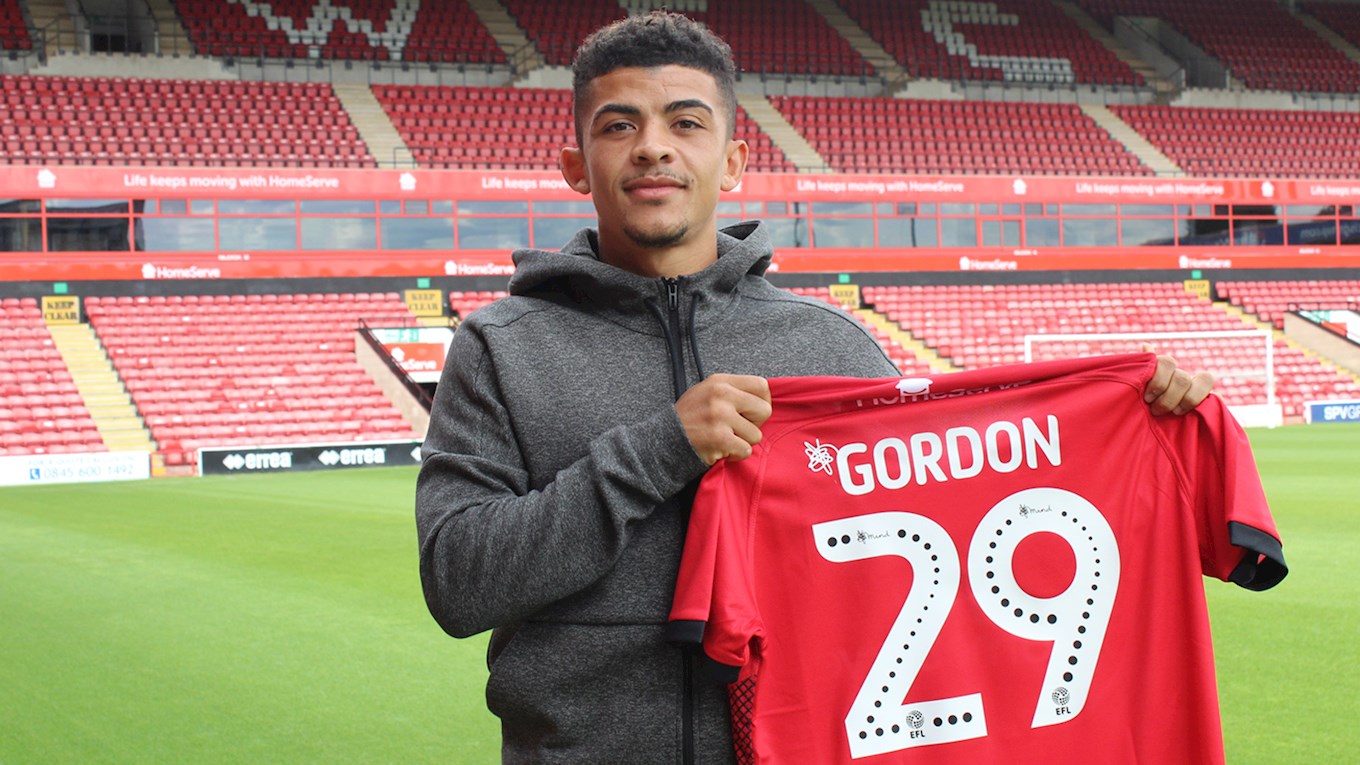 Full match coverage of the game is available to watch online on iFollow. Purchase a match pass for £10 to watch.

Those who purchased match passes for the postponed fixture on Saturday will have access to the game. 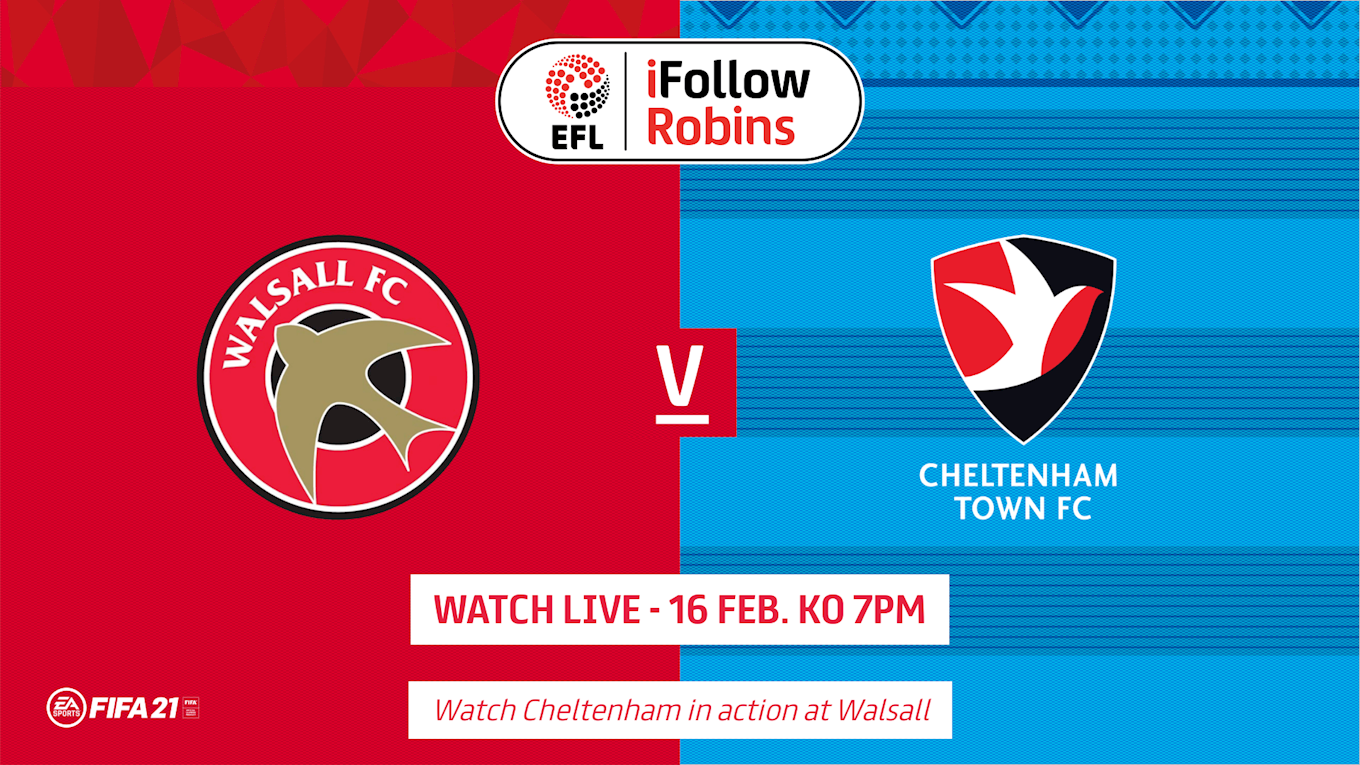 Stay tuned in to the club's social media channels for regular updates. Check out @CTFCofficial on Twitter for team news and match updates. The CTFC Facebook page also carries score updates, as does the club's Instagram account.

Post-match check out the club website to read a match report on the game and to hear from Michael Duff.

Extended highlights will be available on iFollow after the full time whistle.