Sean Long's second half header handed gutsy Cheltenham Town a significant win at league leaders Cambridge United, cutting their lead at the top of the table to two points.

The Irishman made his first start of the campaign as a result of a late injury to Charlie Raglan and popped up with the second league goal for the club to hand Michael Duff's side a big scalp at the Abbey Stadium.

United had boasted the division's best home record going into this one and the chances of a Robins victory were dented by the news of another injury ahead of kick-off to rule out the key defender.

But they responded brilliantly to the disappointing home defeat four days ago with a much improved performance, defending manfully to restrict their hosts and preserving their narrow advantage.

The only blemish on the night was another injury, this time to Chris Hussey, who limped off in the second half to add to the manager's increasingly threadbare squad. 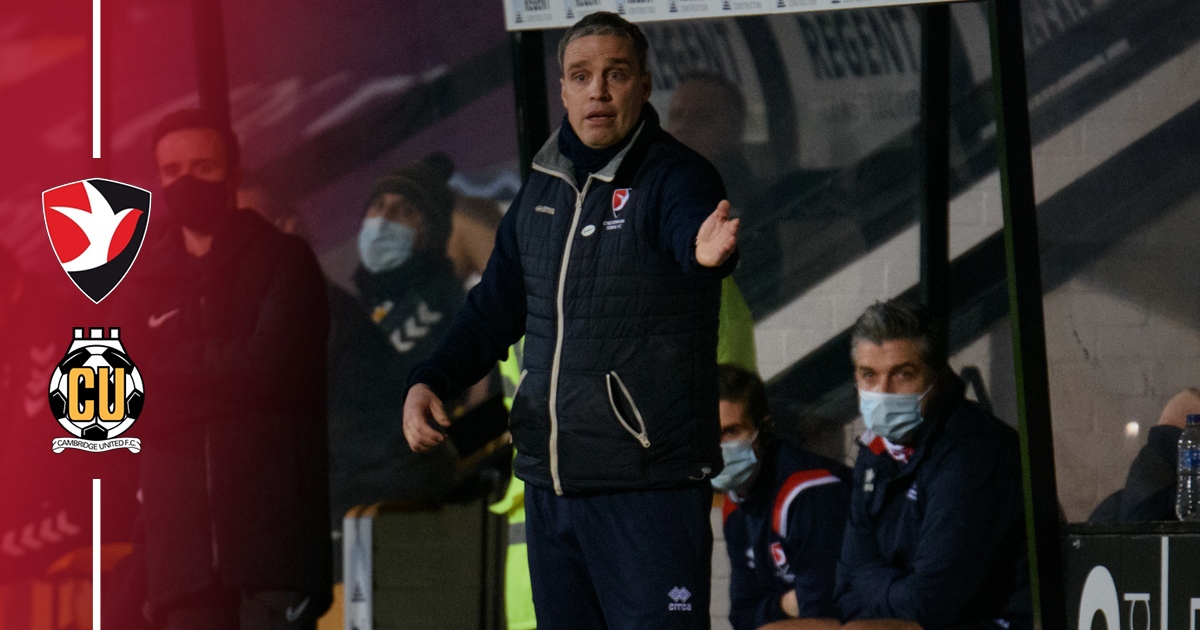 "I'm delighted with the win," he told the media afterwards.

"The players knew they had to be at it today because Cambridge United are a very good team.

"To come away from home and beat the team top of the league, with the best home record after a poor performance is really pleasing."

Duff made two changes to his side here. In came Long and George Lloyd for Raglan and Callum Wright while Wes Hoolahan was a notable absentee for the hosts.

They made a decent start though, hitting the woodwood with Liam O'Neil's glancing header after 16 minutes before Luke Hannant went close with a half-volley from 20 yards.

But Duff's side soon settled and found a foothold in the contest midway through the first half. George Lloyd inparticular was full of energy, chasing lost causes and almost fashioned the opening goal with some outstanding work down the right. His cross, though, evaded his teammates.

More good play from the young striker resulted in a measured cross from Conor Thomas, but Sam Smith's header was held by Callum Burton, the Cambridge number one. The striker saw an similar effort saved moments later, this time Long was the supplier from the right. 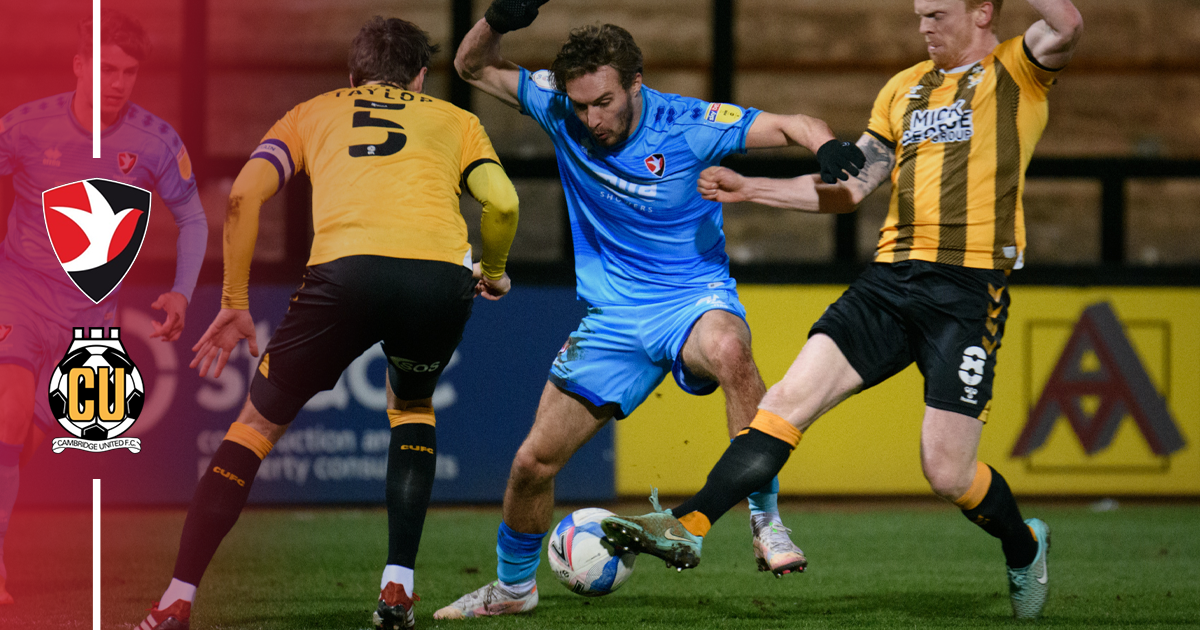 The best chance of the opening 45 minutes fell to Jack Iredale, who raced onto Greg Taylor's ball and attempted to lob Josh Griffiths but the stopper got his fingertips to it. The midfielder picked up the loose ball but saw his second attempt cleared to safety by a sliding intervention by Tozer.

Cheltenham's injury woes continued early in the second half when Hussey was unable to continue, limping out after 53 minutes. He was replaced by Grant Horton for his second league appearance, deployed on the right of the three-man defence with Sean Long moving to the left and Freestone taking Hussey's role outside him.

Despite all the setbacks they found themselves in front 27 minutes from time through Long following some tanacious play by Alfie May to force a corner from the left. It kept his side on the front foot and he was soon in a position to send in a deep cross, met by the Irishman to guide it home with a looping header. 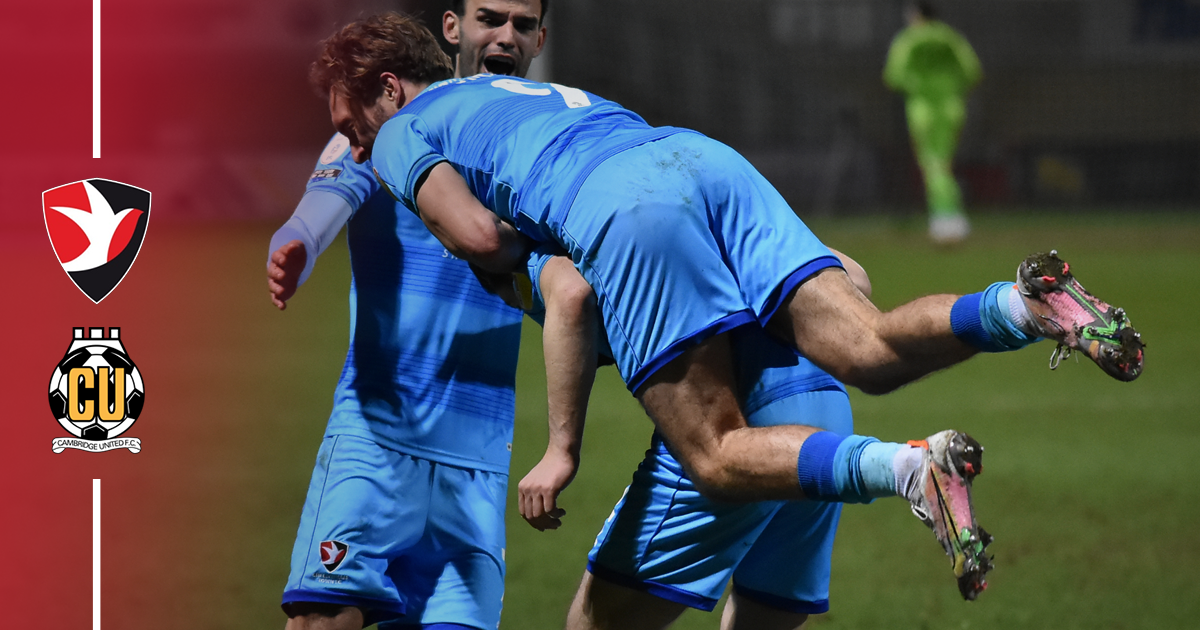 Cheltenham forced the home side into all the defending after the goal, forcing United manager Mark Bonner into a triple substitution and it tipped the balance of play in his side's favour and they went on to produce a string of chances in the closing stages to salvage a point.

Harvey Knibbs was a whisker away from turning in a cross from the left and Paul Mullin went even closer, but was denied by a vital deflection by Horton. In the end they held out to notch another impressive win on the road and enhance their promotion credentials.