Alex Addai wants to play his part in contributing to the second half of Cheltenham Town's League Two season.

The attacker returned from a loan spell at National League Maidenhead United in January and made an immediate impact, contributing to the Robins FA Cup third round extra time win over Mansfield Town which set up the memorable fourth round clash with Premier League big hitters Manchester City.

There's competition for places at the top end of the pitch and he'll be doing everything he can to break into the thoughts of Michael Duff in what's now his third season as a full time professional in the Football League.

Was it pleasing to be called upon straight away after your return to the club when you returned from your loan?

I think going out on loan was something I needed to do for myself and it was a decision that I took and I wanted to do. I wanted to try and get a bit of a run which was difficult due to covid but the club were good to me. I was still in on the days that I wasn't at Maidenhead so that made me feel like the transition was a bit easier in that sense with being able to come back in. You can feel pushed out at times but everyone here was really helpful, following my development while I was there, and helping me out when I was back here. We had Shaun (Howl) doing my clips from the games that were at Maidenhead so that was very helpful.

Did you get the thumbs up from the manager for making the personal decision to go out and get yourself game time?

I had a conversation with both him and Micky (Moore) and they said from a selfish point of view they wanted me to stay but they could see why I wanted to go out. Sometimes you've got to do what's best for yourself. I gained a massive amount of knowledge and experience. Sometimes being in football you get caught in a bubble but I was playing with a lad for example who was a window cleaner. Before training he was cleaning windows and then he was straight at it straight after. Sometimes you have to understand that the grass isn't always greener and you are privileged and lucky. The gaffer and Micky both said it was a brave thing to do to put yourself out in the shop window so it was a good thing to do.

How did you find your time at Maidenhead?

It was a bit stop start. I went in there and played a number of different positions. I played the first game up front, the second game the left of a 4-3-3, the third game on the right of a 4-4-2. They've got a very different style, adapting to that league was a bit crazy as well. I didn't get as many minutes as I wanted to because the team were doing really well and then due to covid games were getting cancelled. It was a massive eye opener and it did help me a lot. I've never played that level before. 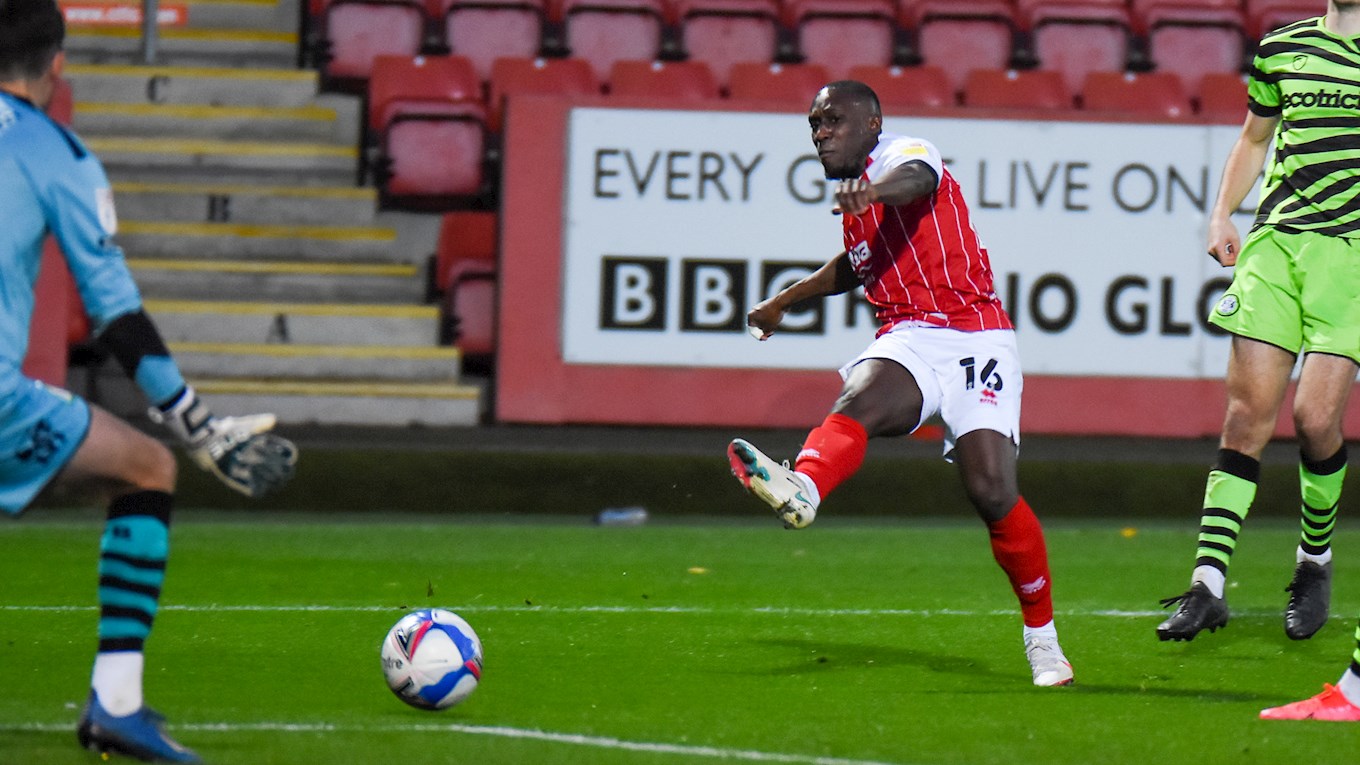 You were a part-time footballer before coming to Cheltenham - going to Maidenhead did it have elements of what you were doing before you became a professional in the Football League?

I was looking at some of the lads and I was seeing a bit of them in me. Some of them were coming to training in smartwear, some of them were tradesman who were coming straight in the vans in their work gear. It made me remember where I've come from and the privilege of being in a full time environment where you're taken care of and everything is set out for you. For example we were going to games where there was no pre-match. It shows you how much the little things mean.

Do you have respect for those players having been one of them yourself? They are only playing the level down, trying to get into the Football League, and many of them could probably play at that level?

Without a shadow of a doubt I take my hat off to every single one of them. There's so much ability in that league. The roles could easily be reversed - I could be there and they could be here. Credit to that league and some of the boys at Maidenhead because some of them will be in the Football League shortly. Some of the football there was unreal that I was seeing.

It's a big second half of the season now and you are back in the building. It could be an exciting few months to mould your career as well as the club's future?

As an individual you want to win things. So my goal and everyone's goal is to go up. I'll do everything I can to be a part of that and bring what I can bring to the table. Hopefully it gets me a run of games. The lads have been doing really well but I think there is a space and niche for me. I think I can work some magic but we'll see what happens. The team is forever changing because there are ins and outs. I want to do everything I can here to score, assist, and contribute to the team going up.