Kyle Vassell is up to speed in a Cheltenham Town shirt as he looks to make an impact in his debut season at the Jonny-Rocks Stadium.

A disrupted summer which saw him all but set to join a new side in the USA left him without a club until he penned terms on a one-year contract with the Robins in early August.

With little pre-season action in his legs it has taken him time to get back up to the intensity levels required in League One.

For the past few weeks though he's led the line for the Robins, providing a powerful target at the top of the pitch and registering against the likes of Sheffield Wednesday and Accrington Stanley.

The 28-year-old has been reflecting on his career journey that has taken him from non-league football around the capital via the Football League and international opportunities for Northern Ireland as he continues to play a key role in Cheltenham's first League One campaign since the 2008/09 season.

After being let go by Brentford you spent time with a number of clubs in south-east non-league football. Do you consider that spell to be the root of your career? What was it like with those experiences?

It was tough. It was so inconsistent and I had to meet loads of new players in different changing rooms. I had loads of clubs but I didn't just want to make up the numbers so a big part was that I knew I had to play football and at all of the clubs I went to I was kind of a bit part player or played out of position on the wing and in midfield. I kept moving on until I found something that fitted. Luckily I did.

Is that one of the hardest things for released young players - unless you have a manager take you under their wing you could get treated differently because you're not a senior proven player?

Of course that is a factor, but I think that's part of football and I think it's a good part of football because if it comes too easy when times get tough you don't have any foundations to get back to. Being with so many different teams and different changing rooms gave me qualities in communication having to learn to talk to new people. It's tough for younger players but it's part of football. If someone is proven and experienced then they are more than likely going to have an edge over someone who is not proven. It's a risk for managers, it's a results sport, they need to pick a team they trust and believe will do what they want.

You are a success story of coming out of the system of the south-east non-league scene. What was it that made you progress from that level?

I always believed that I was going to turn pro. I knew that things hadn't worked out as yet but I kept on believing that it would. I knew if I kept working hard and trusting and believing in myself that it would. I believed in my abilities and I was good at that level and when I had a really good season at Bishop's Stortford I had 17 goals in 17 games, but if you had asked me the year before when I wasn't even playing at Chelsmford, or I wasn't even playing at Sutton, whether I'd be pro a year later I don't know what I would have said. I would have loved to have said yes but I probably wouldn't have. It turned out that I went from not getting in the team at Sutton and Chelsmford to being pro six months later. I went from not getting on the pitch as a winger at Chelmsford to being pro as a striker at Peterborough within six months. That is the beauty of it but I think it does come from mentality and belief. 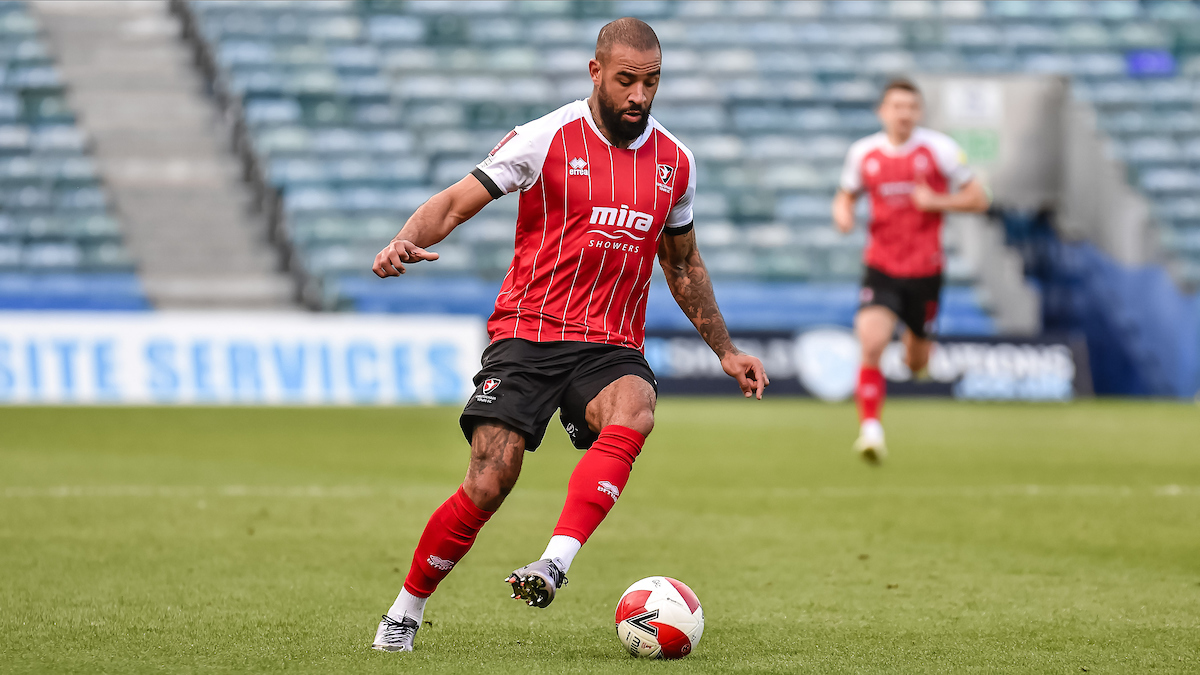 Peterborough United are a club who give those opportunities?

That is how they base their whole system on. Selling players and making money. It's worked incredibly for them over the last decade and I think a lot more clubs now are trying to take that route because it's proven. Don't get me wrong it's not always easy and you're not always going to get results. You're going to get a lot of inexperienced players coming into the League, but if you can put that around experience then it works. They got promoted again last year and they do it really well.

At the end of your successful time at Stortford you played in the FA Cup against Northampton and no doubt clubs were looking at you. Were you aware of Peterborough and other clubs interest?

I had signed for Peterborough before that game. I could have taken a bit more of a risk and gone to a category A under-21s or under-23s at the time at a Premier League club but I just wanted to keep playing men's football. That was the most important thing. It all happened really quickly - they just put an offer on the table and I accepted it because it was my dream. It didn't really matter what it was, they could have offered me pennies and I would have signed it. It all happened quickly but I knew there had been a few Premier League clubs watching me but that was more for under-23s. I'd already been asked to come in by a couple of League Two clubs and train but we said no because we wanted them to offer a contract and for there to be no trial. That's how it worked and Peterborough were the first club to really put an offer on the table.

Did you settle immediately at Peterborough or did it take time to settle in the Football League?

It took me till probably the next pre-season. I didn't settle at all really quickly. I wasn't a fish out of water but I didn't play because Britt Assombalonga was doing really well. He got a move and Tyrone Barnett was playing so it was tough and I didn't really play to begin with. I kind of lost that momentum from a great run of form in non-league and had to rebuild again the next season. It was a great changing room to go into. Because they've got that proven record of going in as a non-league player no one looks at you wondering what you're doing there - everyone respects you straight away. 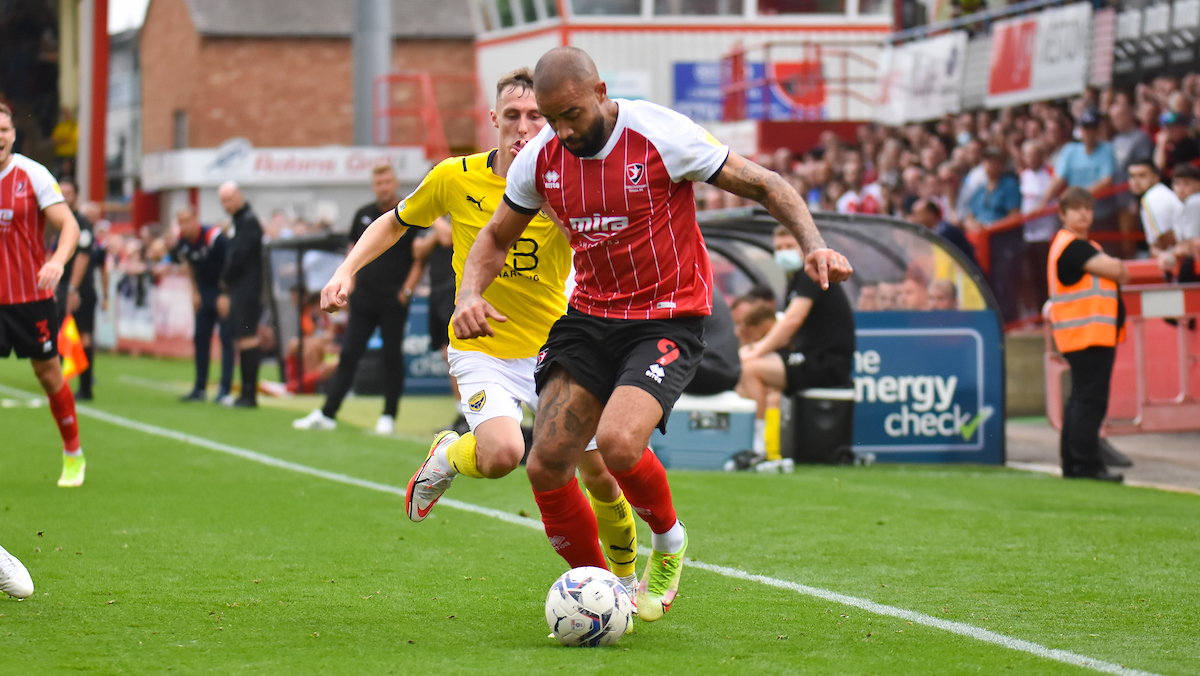 You went on several different loans. Do you have many memories from recent opponents Shrewsbury Town?

Yes it was great. My time at Shrewsbury probably saved my career and I don't say that lightly. I'd gone on loan to Oxford United and Dagenham & Redbridge in League Two. Both were struggling at the time and I wasn't great. Out of nowhere I've gone to Dagenham, it's not really worked out well, been sent back, and then Micky Mellon was at Fleetwood and he was one of the clubs who had been watching me when I was in non-league. He was at Shrewsbury at the time and took me for six months and even though I didn't have the goals because I wasn't in the right place I strung together some really good performances which managed to get me a move to Blackpool the next season. It was great for me as it allowed me to rebuild myself and get myself back in the shop window at a good level.

How did the opportunity to play international football for Northern Ireland come about?

When I was at Peterborough more than anyone Grant McCann took me under his wing, more than any of the experienced players. We are pretty close from when he was there as a player. When Graham Westley was in charge at Peterborough the Northern Ireland chief scout came in and there were three of us at the time who were Irish. Conor (Washington) hadn't played any games but Michael Smith had who is at Hearts now. The scout was impressed with how I trained but I just wasn't playing but he kept tabs on me from what he saw in training. When I was at Blackpool I met the manager and got called into a squad in the pre-season before I signed for Rotherham. The back end of the Blackpool season I got called into the squad but I had a hamstring injury so I couldn't go. When I went to Rotherham I got my fitness back and I think it was the first or second international I got called up. My granddad is from Northern Ireland on my mum's side. 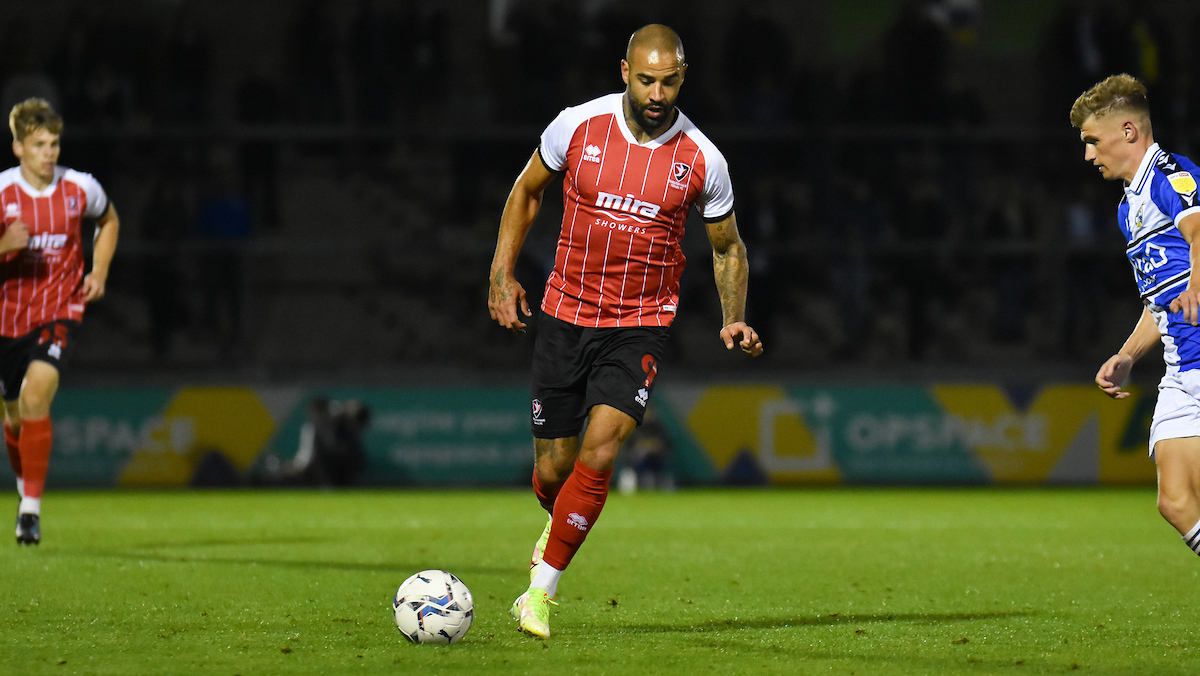 It's overwhelming but at the same time you have to ignore that and focus on playing football because you want to give the best performances possible. There's a lot of pride in it and making my family proud. That was what I wanted to do. It's tough but there are loads of players who have played at this level who are in these teams so there's nothing to fear. It's the same thing as non-league, just believe in yourself and believe you are good enough. I want to get back into the squad because I know I'm good enough. It's about putting the performances in to get back in there.

You are playing at a level of the game that will see you recognised and get the opportunity to get back in the squad here at Cheltenham?

I just need to make the most of the opportunity and put performances together. Hopefully that will get me noticed and I can try and get back in the squad.