A late Alfie Taylor goal proved to be only a consolation as goals either side of half time saw Exeter leave with a 2-1 victory at seasons.

Horrid conditions made for a torrid encounter in the EFL Youth Alliance as wind, rain and snow made for a difficult match in a very close affair.

The first shot of the game went to the away side who saw a shot straight into Parsisson’s hands early on.

The hosts first sight of goal came just before the 20 minute mark when Josh Aldridge and Adulai Sambu combined to clear an Exeter free kick and counter, finding Miles on the edge of the box but the attacker was unable to get a clear shot off. Their best chance of the first half came 30 minutes in when the ball was fizzed across the face of goal but neither Brandon Liggett nor FA Youth Cup brace scorer Brennan Denness-Barrett could get on the end of it. The ball then rebounded off an Exeter defender, forcing a very good save from the feet of Andrew Sowden.

Cheltenham, under the watch of Ashley Vincent and Dan Still, enjoyed a strong period around the half hour mark with good link up play from Miles and Denness-Barrett down the right getting the ball into Charlie Dashfield but his attempted flick only found the Exeter defender. Less than a minute later and there were penalty shouts for the home side who saw Miles break into the box and go down under pressure but the referee was having none of it.

The pressure and promise was soon put to bed by a moment of magic from Charlie Hanson who beat three men down the right and cut into the box, finding the bottom left corner to put the visitors a goal up on 37 minutes.

The form of the half hour mark was emulated at the start of the second half as it took Vincent’s side less than a minute to win a corner. Will Ramsey played in Denness-Barrett soon after but his cutback was headed away. Good defending meant that the corner and a string of proceeding attacks came to nothing and the visitors preserved their one goal lead. 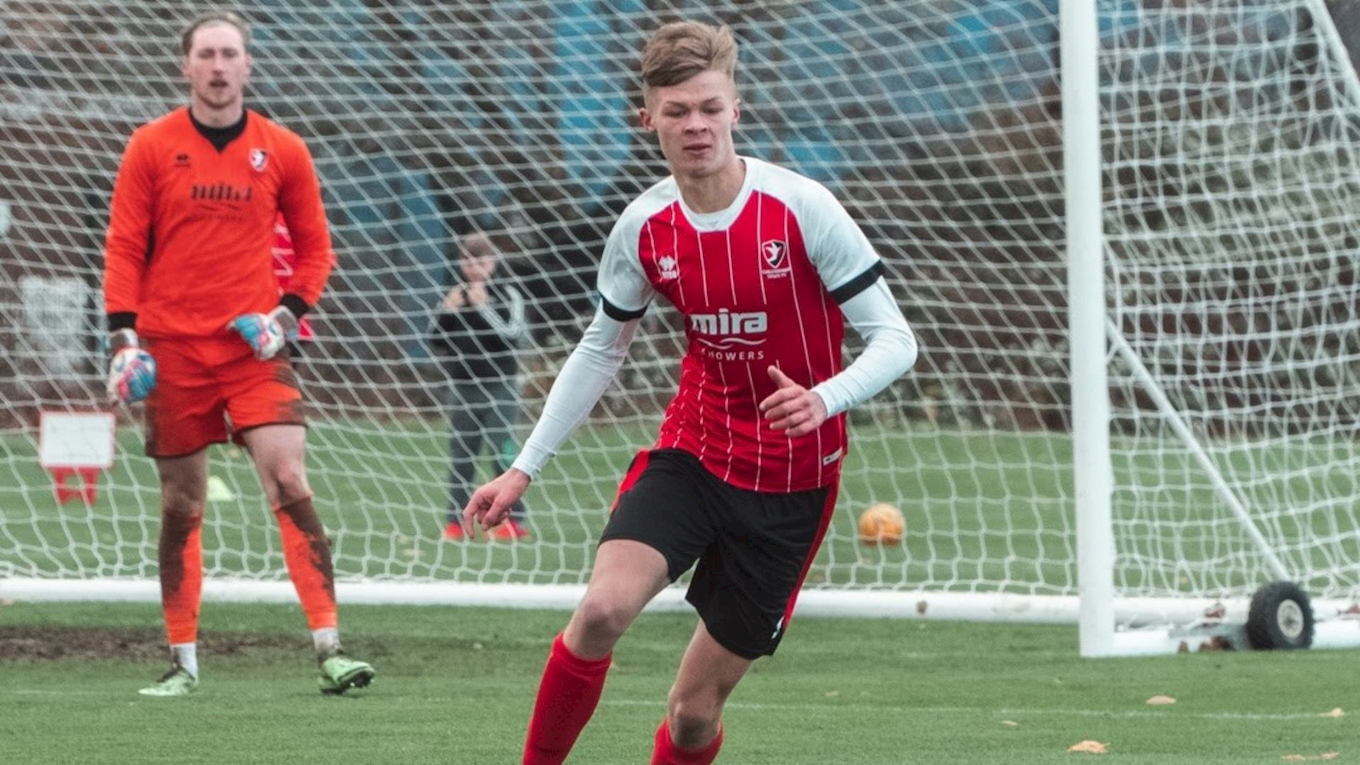 As with the first half, Cheltenham enjoyed a dominant period but failed to capitalise and saw the away side take back control. A corner went through to the back post and saw a shot fired into a group of bodies in front of the goal before a corner went all the way over the box for a throw in.

Exeter came very close to doubling their lead on 67 minutes when Mitch Beardmore broke free down the Cheltenham right and burst into the box but saw his shot sail agonisingly wide of the top right corner with Parsisson rooted to the spot.

The second goal came in the 70th minute when a poor challenge in the box gave away a penalty which Eli Collins converted. Cheltenham pushed for a goal in the last ten minutes - Skurek forced a good save with a shot from distance on the counter with his effort parried out and the rebound saved once more.

With three minutes to go, Alfie Taylor set the game up for an exciting end. A ball in from the right was met by the substitute and fired over a hapless Sowden in the Exeter net to half the deficit. No second goal was to come from the home side and Exeter held on to secure a 2-1 win.

Goalkeeper coach Dan Still had this to say: “Ultimately the difference was just a little bit of quality in the final third. No team dealt with the weather better than the other they got their goal in the first half when they needed it and I think the first goal was going to be fairly important in the game.

“I think they [the strikers], as a collective, they will be a touch frustrated that we haven't got shots away and we haven't found that final pass in the top third to create that opportunity because we’ve worked the ball well into good areas but you need a little bit of quality or a little bit of magic in that top third to see you through.

“Ultimately it’s the same for both sides, you’ve got to deal with the conditions.”

Photography with the kind permission of Sear Media Group