Matty Blair’s late header in the dying moments of the match won Cheltenham Town a point as they drew 2-2 to Lincoln City at the Jonny Rocks Stadium.

Alfie May scored his seventh league goal of the season, after striking the ball low and hard past former Cheltenham loanee Josh Griffiths to give the home side the lead.

The Imps responded in the second half through Ted Bishop who placed the ball into the top corner, after receiving the ball on the edge of the box from a free kick.

The away side dominated the half and despite multiple strong saves by Owen Evans, they took the lead in the 91st minute and it seemed the visitors would steal all three points.

With seconds remaining, Blair headed in the bouncing ball to level the match and clinch a point for the Robins.

“I think it was a bit of a funny game. Quite open with lots of chances,” said manager Michael Duff after the draw.

“We showed character to come back from conceding late and hopefully we can build on that and gain some momentum.” 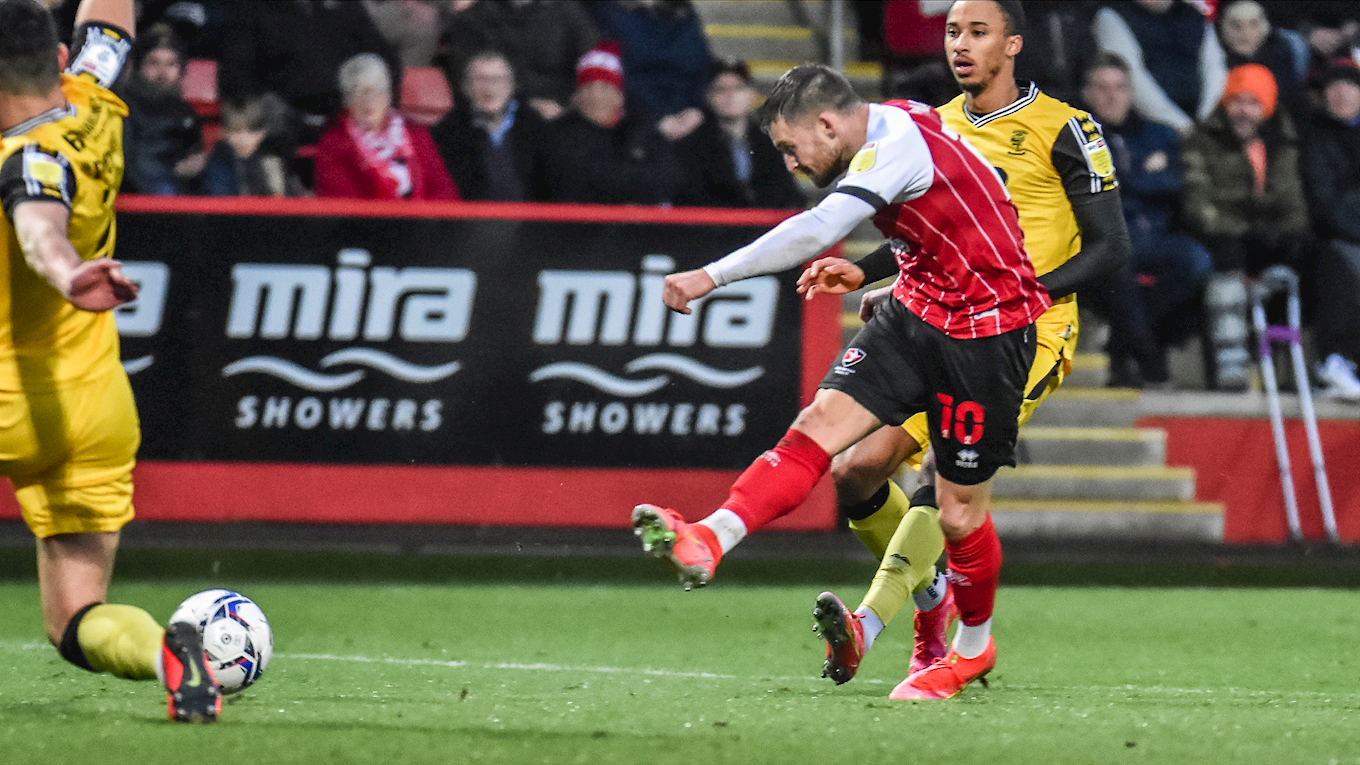 Conor McGrandles created the first big chance of the match, with his driven effort connecting the crossbar early on in the match, but it ended up being the best effort by the travelling side in the opening half.

May scored his tenth goal of the season, in all competitions, with a cool low driven finish into the bottom left-hand corner of the net, to put the Robins in front after 17 minutes.

A Chris Hussey long ball found Mattie Pollock afterwards, but Griffiths collected the goal-bound effort from the defender to keep it at one.

May then retrieved the ball from an Imps corner, and sent Vassell through on goal, however his effort was tame and down the middle.

The striker then created space down the right channel and fizzed an inviting cross into the City box, however no one could reach it.

Substitute Lewis Freestone made a goal stopping block off the line keeping the Robins in front, and then Evans made his first save of the match as the Imps pushed for the equaliser.

May should have doubled his tally for the match, but he was prevented by an outstretched Griffiths to keep the deficit at one. 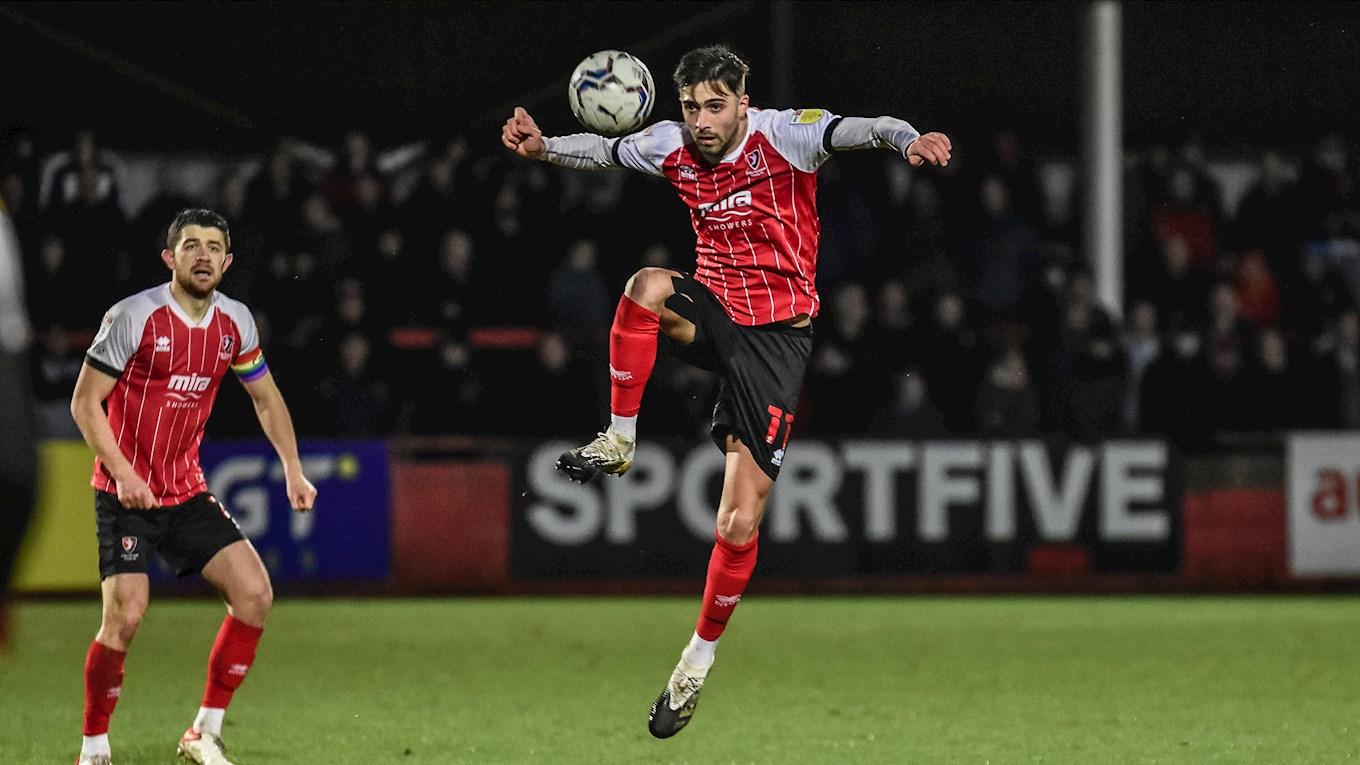 Chris Maguire tested Evans in the 68th minute with another long-range effort, but again didn’t trouble the Cheltenham keeper.

Bishop received the ball on the edge of the box from a free kick by Maguire and placed it into the top right-hand corner of Evans’ net - there was nothing the 'keeper could do about it.

An outstanding save by Evans kept the game level, with Freddie Draper one-on-one with the Robins keeper, but the 25-year-old’s fingertips kept the ball out.

With five minutes remaining, Ellis Chapman volleyed the ball goal bound, causing Griffiths to dive into action. The bobbling ball fell to substitute Andy Williams, but his effort was parried by Griffiths whilst on the floor, and then May’s strike within the six-yard box was blocked by Regan Poole.

The away end roared with minutes remaining as a Lincoln counter-attack was capped off by Bishop who replicated May’s earlier first half finish and it looked like the visitors had stolen the win.

In the final seconds of the match, Lincoln struggled to clear their lines inside a hectic box full of red and yellow shirts. The loose ball ended up landing near Blair who got on the end of it and scored another late goal to steal a point.