Sam Smith broke the deadlock in the 37th minute on his return to the Jonny-Rocks Stadium and Mattie Pollock scored an own goal shortly after the interval.

Joe Ironside scored a 25-minute hat-trick to complete the rout for the U’s on a disappointing night for the Robins.

Cheltenham will be in the action at home again when Lincoln City travel to the Jonny-Rocks on Saturday.

It was a rather uneventful introduction to proceedings with chances at a premium. Liam Sercombe and Smith hit the target at either end inside the opening 15 minutes but the quality of play diminished as the weather conditions worsened.

Dan Crowley had a low shot blocked in front of goal before he curled an auspicious free-kick into the side netting. Cambridge started to grow into the contest after the half-hour mark as Adam May and Jensen Weir both missed the target from speculative range.

As the pendulum swung in favour of the visitors, Cambridge capitalised to open the scoring on 37 minutes. Lewis Freestone misjudged a looping ball from Shilow Tracey, which presented Smith with a prime opportunity to score on his return to the Jonny-Rocks Stadium with an unerring finish into the bottom corner.

The tone for the second half was set when Pollock scored an own goal just eight minutes after the break. Williams charged down the right and delivered a low cross into the danger area, which Pollock smashed past Flinders. 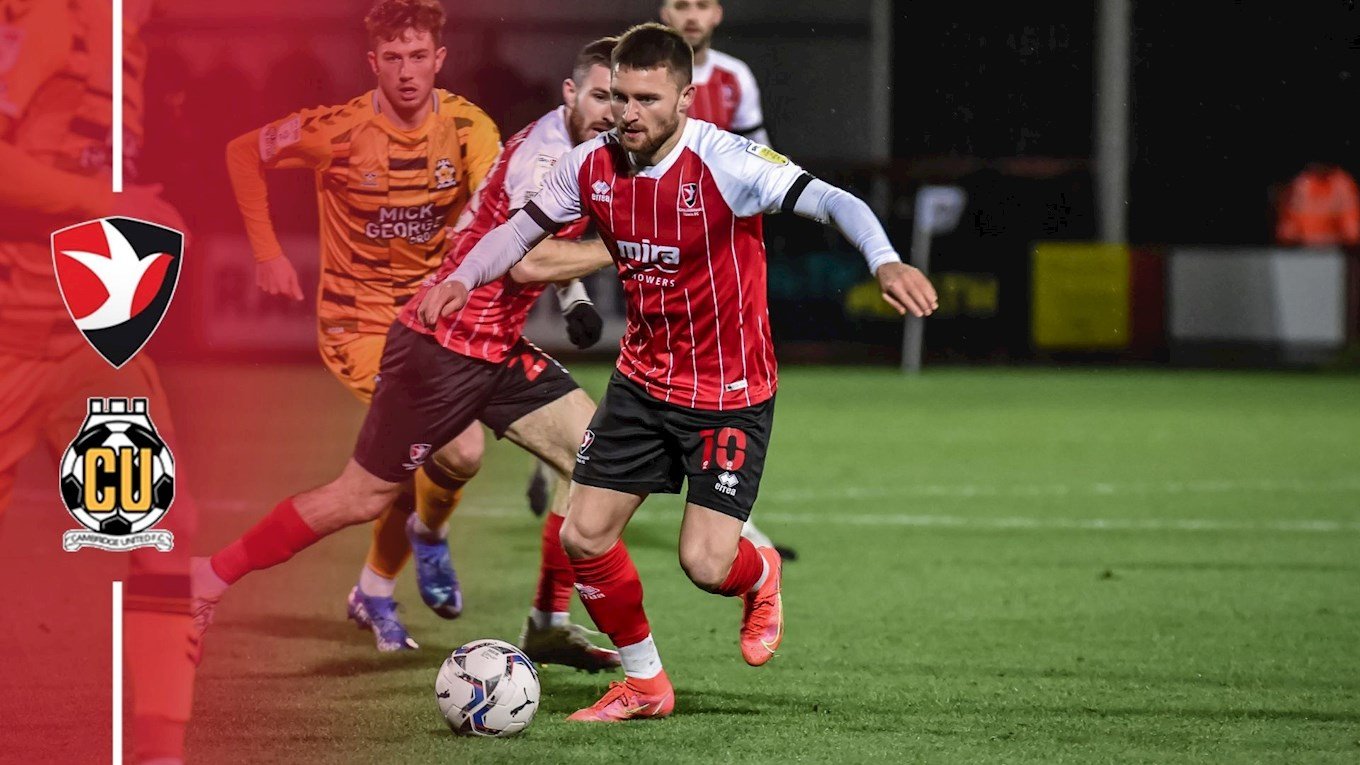 Cheltenham looked to respond immediately with Alfie May rattling the crossbar but the final 30 minutes consisted of an unrelenting onslaught on Flinders’ goal. Smith slotted the ball into the path of Ironside and the Cambridge forward escaped his marker to beat Flinders at his near post with a powerful finish.

Cambridge added a fourth when Ironside bagged his brace with a header. Adam May swung a dangerous corner to the back post and Ironside powered his headed effort into the roof of the net.

Ironside completed his hat-trick in the dying stages to cap an impressive team goal for Cambridge. After breaking into the box through a series of incisive passes, Brophy’s classy backheel teed up Ironside for a textbook finish.