The aim is to continue occupying a space in the top half of League One for Cheltenham Town on Saturday when Lincoln City are the visitors to the Jonny-Rocks Stadium (kick-off: 3pm).

A positive result would go a long way to keeping the Robins in the top 12 in the third tier as they line up against an Imps side eager to shake themselves out of a poor run of form of late.

Saturday's match up is an interesting one, especially as the Robins themselves are looking to respond after a very disappointing result in midweek.

Tickets for Saturday's clash are on sale online. You can save £2 on matchday prices by buying before midnight on Friday.

There are no new injury concerns going into the weekend, while there are also no new additional faces expected to be back involved.

That means Will Boyle, Taylor Perry and Conor Thomas (pictured) all still remain out. 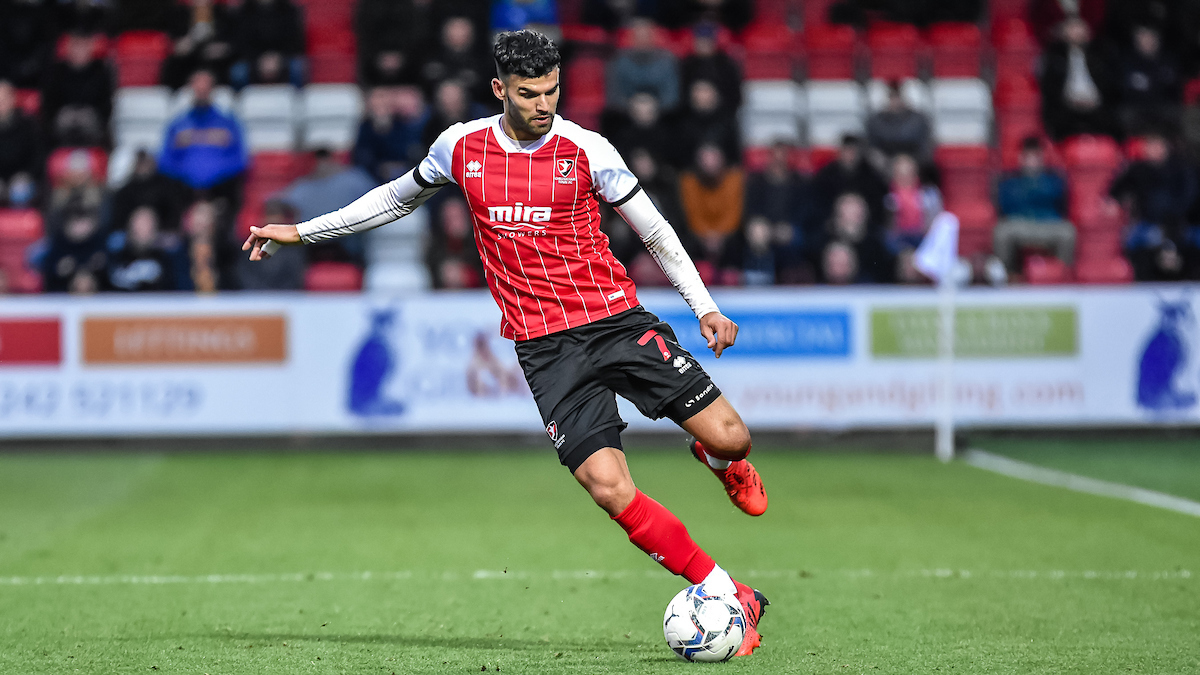 Boss Michael Duff insists that despite their recent run of form and league position, Lincoln City will pose a threat when they visit Gloucestershire on Saturday.

"They are in a difficult moment in the season and have had a lot of injuries. They were in the play-offs last year. They have an established well respected manager who plays really good football," he said in his pre-match press conference.

"You look at where they've come from in the last three or four years form attendances to levels and they've improved everything.

"They've got a few players we looked at in the summer that we wanted to take.

"They are in a bad run at the minute but they are a good team."

Watch the full press conference with Duff on iFollow where you can also see Ellis Chapman's thoughts on the game.

After making it to the League One play-off final last season, the current campaign has been a little tougher for Lincoln, and heading into Saturday's match they sit 18th in League One having not won in the division since late October.

In midweek they lost 2-0 on the road at Crewe Alexandra on a difficult night where they went down to two penalties at the beginning of the second half from Mikael Mandron.

They'll travel to Gloucestershire on Saturday with a key member of last season's championship winning side in their squad. Goalkeeper Josh Griffiths is on a season-long loan with the Imps from West Bromwich Albion where he also spent time on loan at the Jonny-Rocks Stadium last season.

Elsewhere in their squad they boast quality with the likes of attacker Chris Maguire, midfield pair Conor McGrandles and Teddy Bishop and Manchester City loanee Lewis Fiorini all bringing good experience and quality to a team who have of late been missing the effective Anthony Scully in attack due to injury.

This is their third consecutive season at this level. They've enjoyed a fantastic rise from the National League in recent years and came so close last season to getting back to the second tier of the English game with the last time they were at that level in the early sixties.

A highly respected managerial talent in the Football League, Michael Appleton has faced more than just battles with his team of late as he has recently spent time recovering from testicular cancer after announcing he had been diagnosed in July.

He has been in the dugout at Lincoln since September 2019 when he replaced Danny Cowley in the hot seat.

A midfielder in his playing days for the likes of Manchester United, Preston North End and West Bromwich Albion, it was with the latter where he began his managerial career.

Since then he's managed Portsmouth, Blackpool, Blackburn Rovers and Oxford United, while in 2017 he had a caretaker stint in charge of Leicester City for two games following the Foxes decision to sack Craig Shakespeare of whom Appleton had been his assistant. 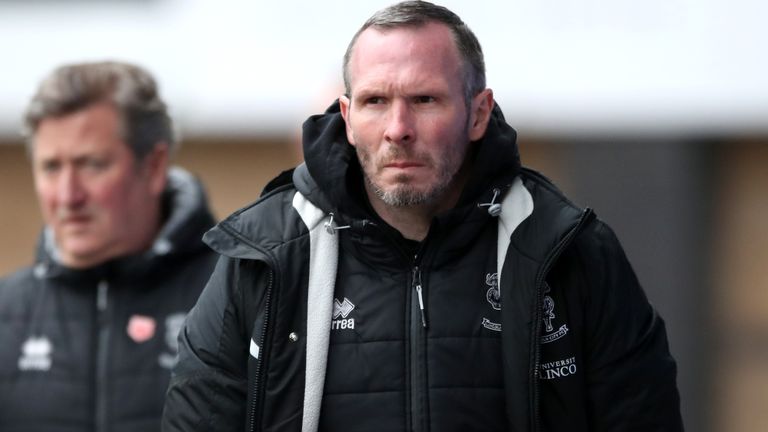 Buy in advance before midnight on Friday to save £2 on matchday prices. You can buy online.

If choosing to buy on the day, you can purchase tickets for the Colin Farmer Stand next to the Parklands turnstiles, for standing areas from the matchday ticket point near the bowling club in the car park, and for the Autovillage Stand from the ticket office.

Pre-paid tickets for the Autovillage Stand, Paddock, Tunnel and Optimising IT Stand can be collected from the matchday ticket point in the car park, while for the Colin Farmer Stand they're available from just outside the Parklands turnstiles.

As he prepares to line up against his former club, defender Sean Long is the big interview in Saturday's match programme.

Also in Saturday's edition you can read the latest thoughts of chairman David Bloxham, Michael Duff's pre-game notes, find out more about the launch of Proud Robins, discover more about the day's opposition and catch up on lots of other great reads.

The programme is on sale for £3 around the stadium and it's also available to buy online. 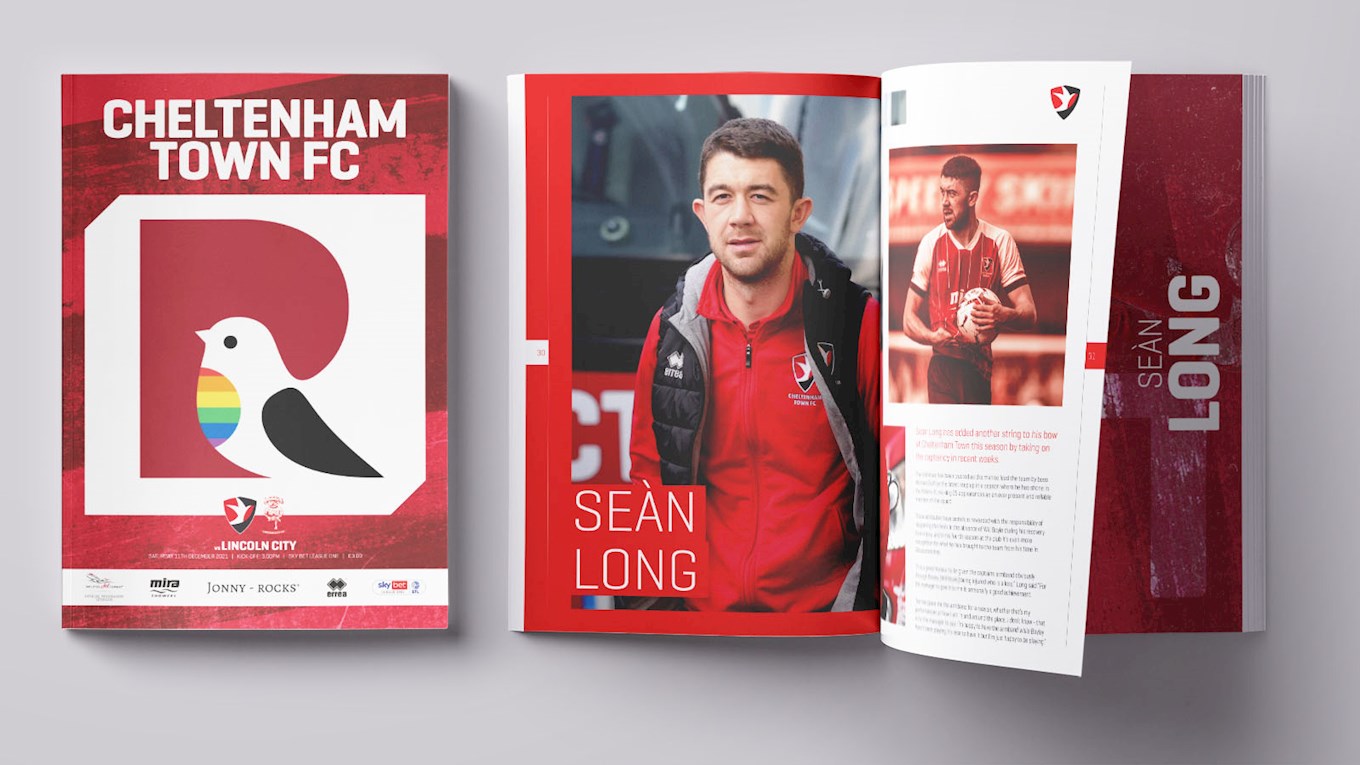