After a run of away games Cheltenham Town face the first of consecutive home matches in a week when Cambridge United visit the Jonny-Rocks Stadium this evening (kick-off: 7.45pm).

Two teams who finished top and second in League Two last season meet for the first time in this League One campaign for what's sure to be a tense encounter in the battle for three points.

It's now all focus on League commitments for the Robins after the club's exit from the FA Cup on Saturday, and Michael Duff is looking for his team to react to the loss at AFC Wimbledon with a good performance this evening.

Tickets for the match are available to buy in the build up to the game online and will be on sale at the stadium tonight too. You can read our important information guide about attending tonight's match online.

Front man Kyle Vassell (pictured) may be back involved after he missed Saturday's game. Defender Charlie Raglan is again expected to be in the squad following his return to action at the weekend after a three month lay-off.

It means Will Boyle, Taylor Perry and Lewis Freestone are the only expected absentees as they work on their returns to fitness. 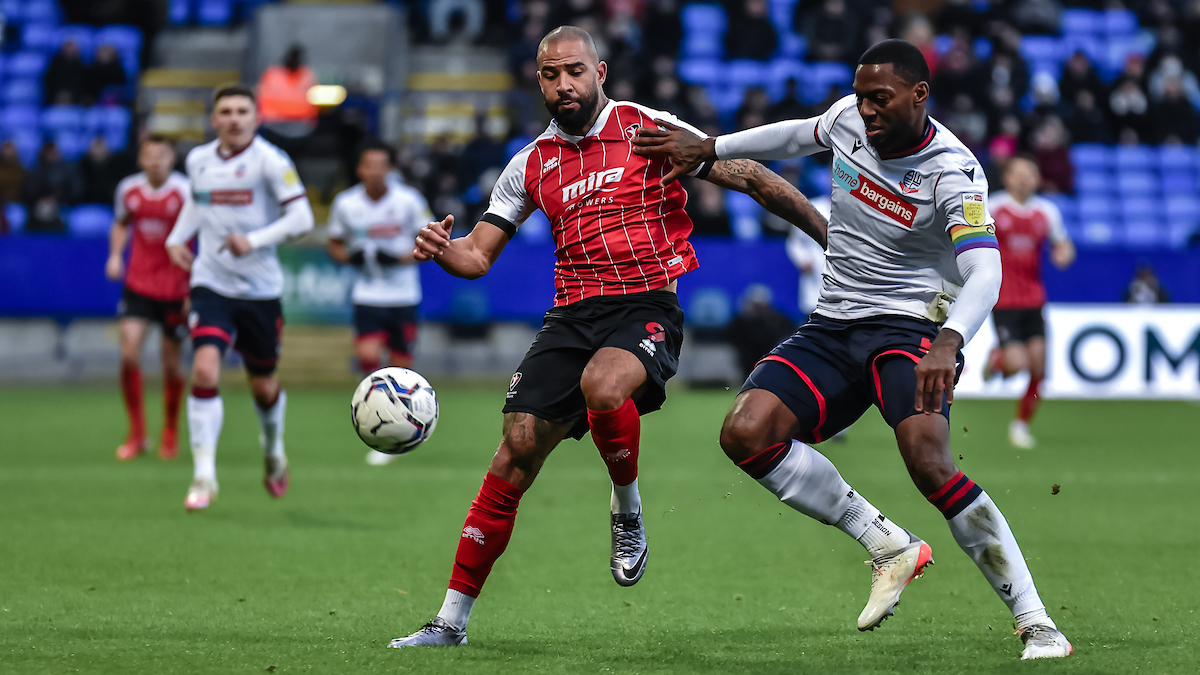 Michael Duff knows his team will have to be right at it if they are to pick up a positive result from the game.

"One thing Cambridge are is they work hard for each other. They're a really good combative unit," he said on Monday in the club's press conference.

"Ourselves and Cambridge wouldn't have been fancied at the start of last season but the togetherness we had got us promoted.

"We'll have to be a lot more aggressive and combative to get a foothold in the game."

You can watch the press conference in full on iFollow and also see Mattie Pollock's pre-match thoughts on iFollow too.

Cambridge boss Mark Bonner has also been looking ahead to the game. He said in his press conference: “They [Cheltenham] are on a really good run of form at the moment. They had a really tough run a few weeks ago, like the run we just had, but recently they have had a couple of brilliant results and Michael Duff has done a brilliant job there.

“We know a bit about them from last year, obviously winning the league, and they have since continued their momentum into this season. They have been exceptional."

The U's will be relatively pleased with how they've performed so far in League One this season. It's their first campaign at this level since the 2001/02 season and they've picked up 23 points from 20 matches - sitting 16th in the table.

They'll be hoping to push on and secure their future at this level in the months ahead and go into tonight's game off the back of back-to-back cup victories in the EFL Trophy against Walsall and FA Cup second round against Exeter.

They haven't won a League game though since the start of November. They've faced a tough run of fixtures however with MK Dons, Rotherham United, Wigan Athletic and Sunderland coming since a victory over Morecambe at the start of last month.

Robins fans will be familiar with a forward who has been a regular goal scorer for them lately in the shape of Sam Smith. He spent the second half of last season on loan at Cheltenham from Reading, helping the Robins to the League Two title.

It's been quite the introduction to life leading a Football League club on the pitch for Mark Bonner as in his first full season as a manager he led the U's to automatic promotion when they finished second behind Cheltenham in League Two last season.

He got the job after a short caretaker spell having previously served as number two at the Abbey Stadium having worked his way through the Cambridge academy in different coaching roles. 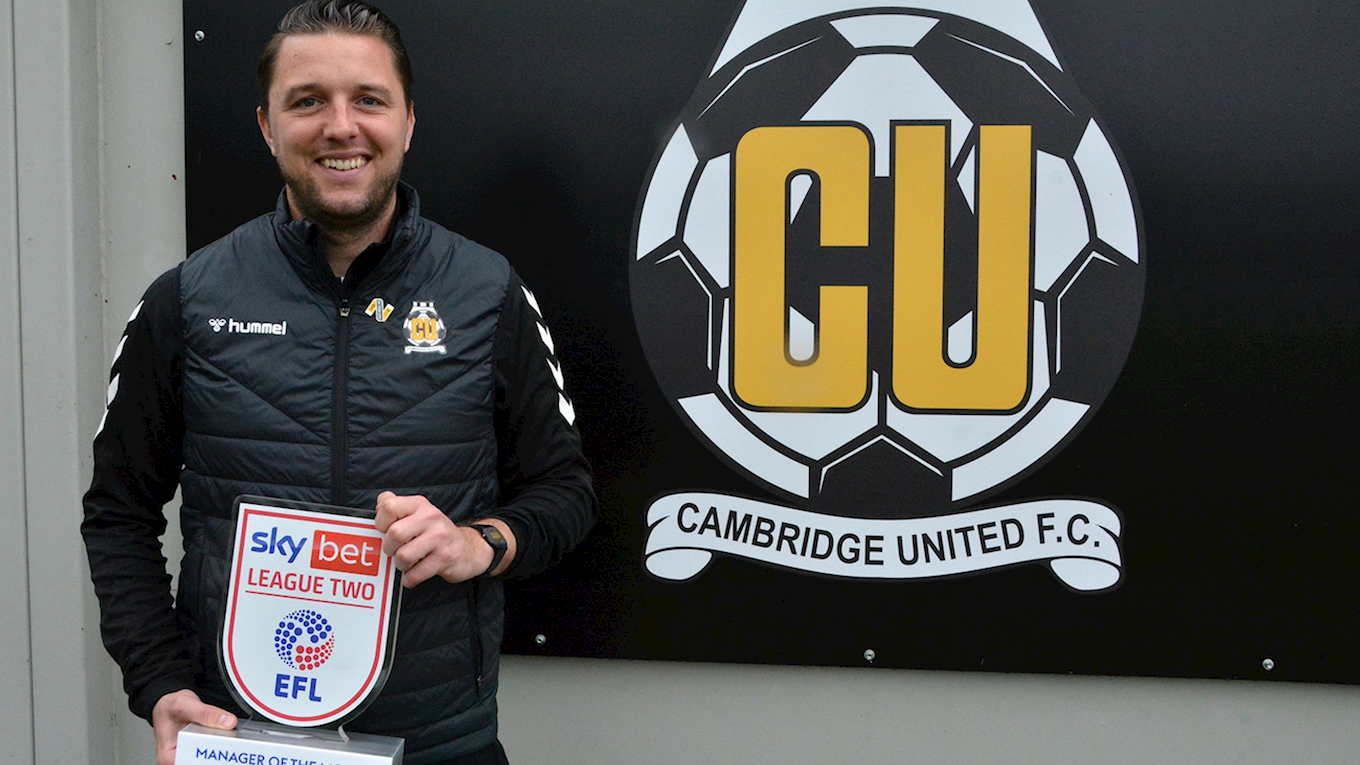 Supporters can purchase tickets online for tonight's game. They can also buy at the match tonight though it is recommended you arrive early to do so. The turnstiles at the stadium are cashless so you must buy from the ticket office if you are sitting in the Autovillage Stand, near to the Parkland turnstiles if sitting in the Colin Farmer Stand or at the matchday sales point in the car park for all terrace standing areas.

The front cover of tonight's match programme features Cheltenham Town Ladies pair Sammy Hallsworth and Billie Haynes as a tribute to the success of the female game after the banning of women's football a hundred years ago this week.

Inside the programme, which is available to buy around the stadium and in the club shop for £3 tonight, is a big interview with goalkeeper Scott Flinders. You can also read interviews with under-18s manager Pete Haynes, Charlie Raglan plus there are the thoughts of Michael Duff and director Dave Beesley too as well as loads of other great reads to enjoy ahead of kick-off. 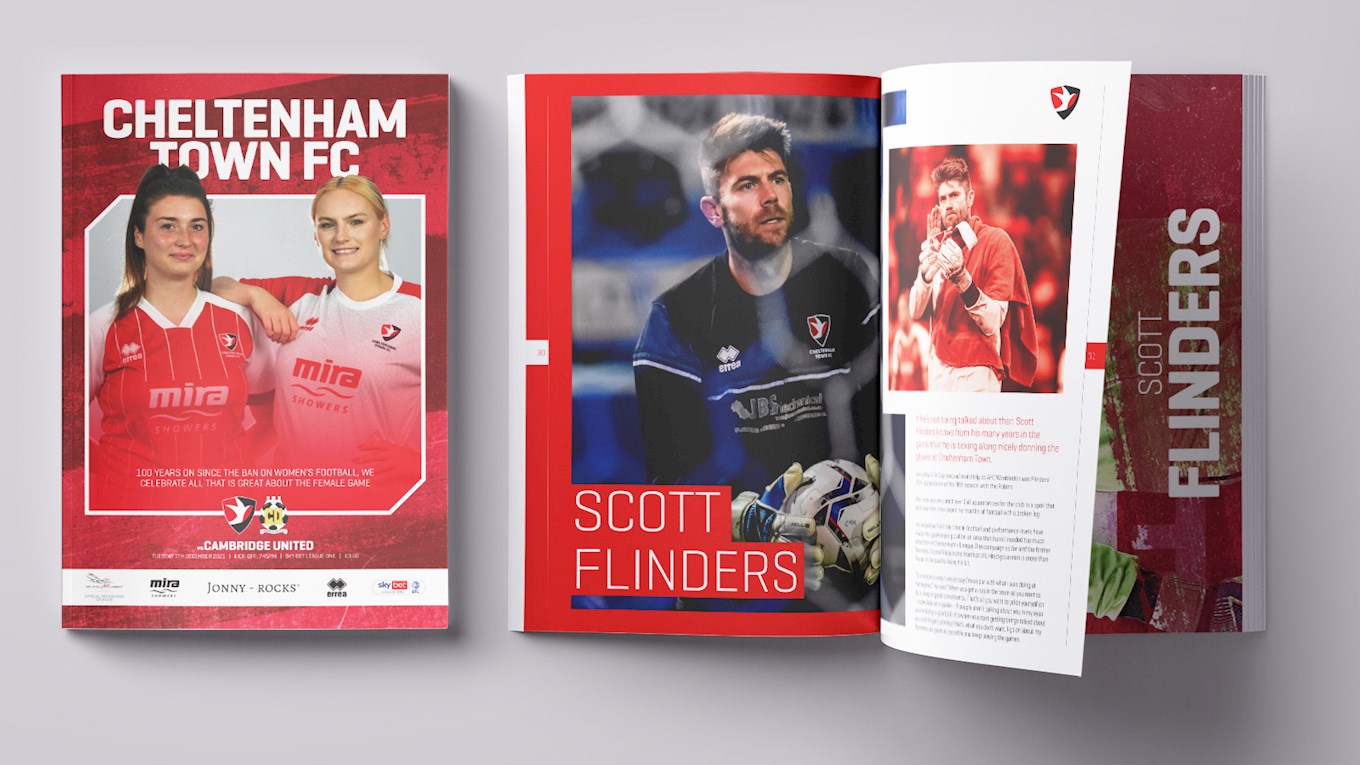 Watch live: The game is available to watch in full tonight with an iFollow match pass which you can buy online for £10. 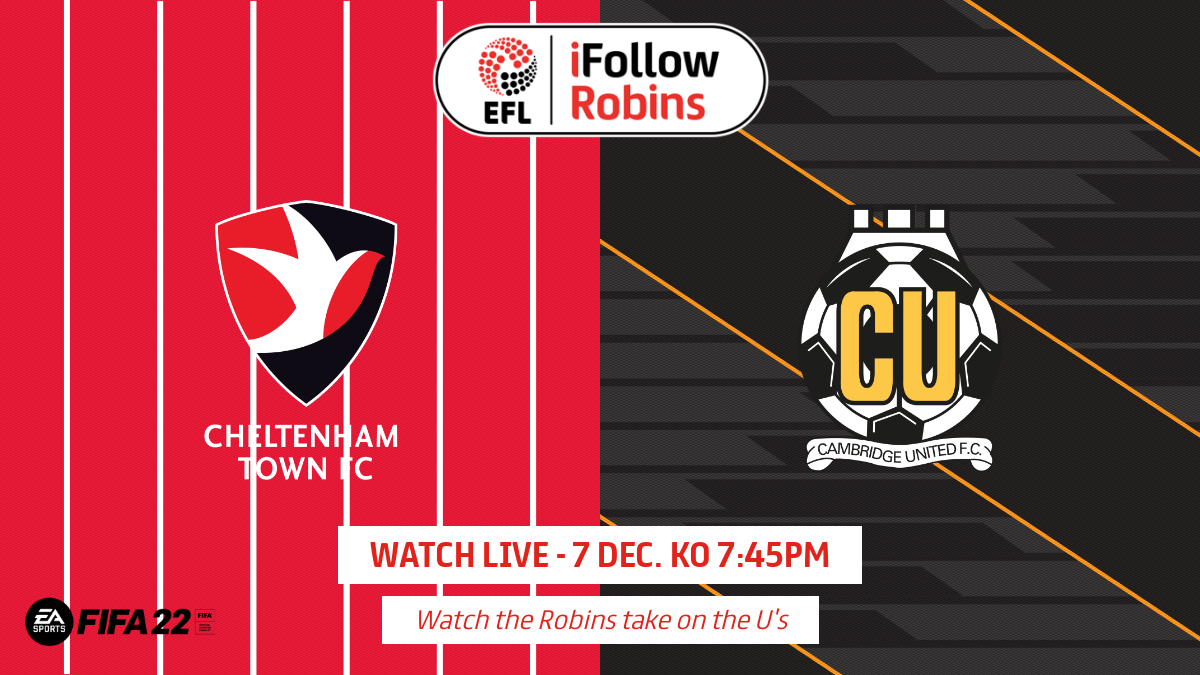