The Sky Sports cameras are at the Pirelli Stadium on Friday night for Cheltenham Town's trip to Burton Albion (kick-off: 7.45pm).

It's another match on the road for the Robins in a busy couple of weeks of away fixtures.

Having enjoyed a Carabao Cup round two victory at Gillingham on Tuesday the team head into another tough outing off the back of that pleasing result, hoping to add to the points they've already accrued in the early part of the new League One campaign.

Front man Kyle Vassell faces a race to be fit for the game so may not be risked.

There's a return to Burton on the cards for left-sider Chris Hussey (pictured) if he's fit to take part. 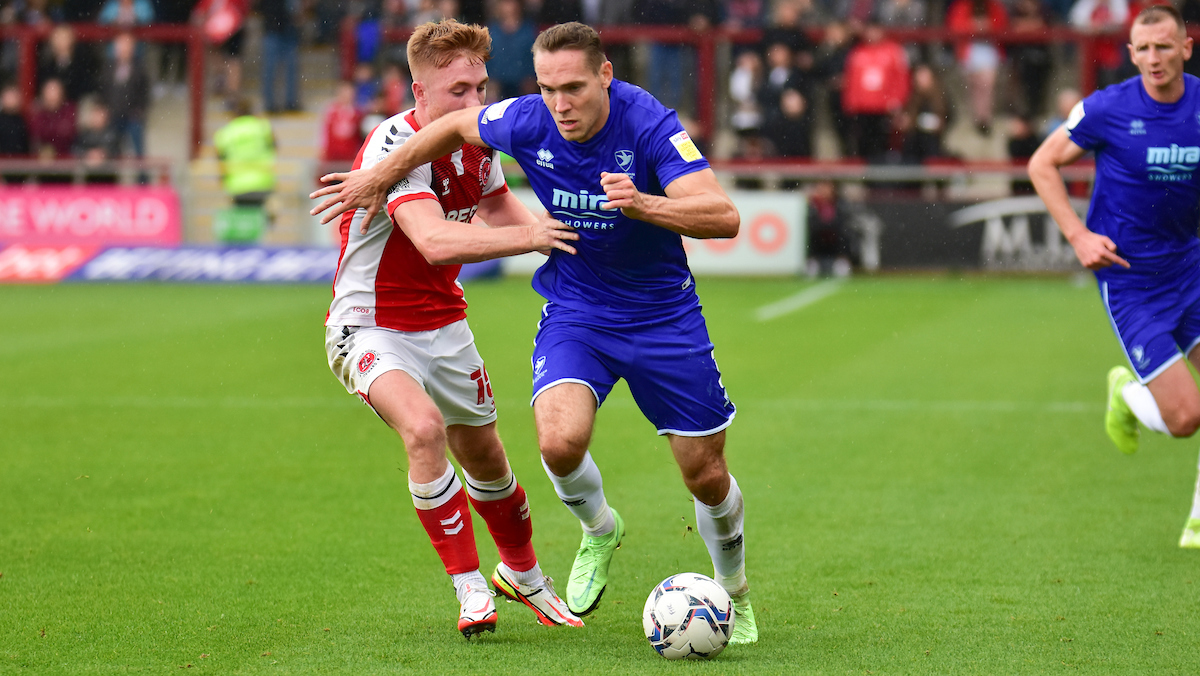 "One thing that's really obvious with his teams is they do get after you and they press on the front foot," he said.

"They don't let you have the ball in any area. They come after you all over the pitch.

"The back four are nice and tight and narrow when they are defending.

"One thing's for certain - we'll have to match their energy, their work ethic, they've got some quality within that as well."

Following a 16th place finish last season, Burton are hoping to be pushing at the top end of League One this season and have enjoyed a good start to the new campaign.

They were undone last time out at Cambridge United, so will be looking for a response on Friday while relying on the quality provided by the likes of former Chelsea midfielder Michael Mancienne and ex-Cardiff City and Sheffield United defender John Brayford.

There are a couple of former Robins in their squad including midfielder Jacob Maddox and wide attacker Jonny Smith.

Jimmy Floyd Hasselbaink is back in charge of Burton for a second time and since taking charge he has guided the Brewers once again in the right direction.

In his first spell at the Pirelli Stadium he guided the club to promotion to League One and it was his first management role in England having previously managed Belgian side Royal Antwerp.

He's also taken charge at QPR and Northampton Town previously after a superb playing career that saw him play as a striker on the international stage for the Netherlands.

Ticket prices for the game at Burton are:

The Travel Club coach going to the match leaves the Jonny-Rocks Stadium at 4pm.

If you're not making the trip then the game is being shown live in the Robins Nest on the big screens with the bar open.

Watch live: The game is being shown live on Sky Sports Football. Coverage begins at 7.30pm. If you don't have Sky you can purchase a NOW TV pass for 24 hour access to Sky Sports or watch the game on the big screen in the Robins Nest.