Cheltenham Town will emerge from the tunnel at the Jonny-Rocks Stadium to a new walk out song this season, starting with the first home game in League One against Wycombe Wanderers tomorrow.

The battle anthem named 'March of the Robins' was composed by overseas supporter, Nigel Groom, in the latest of many projects that the Los Angeles based music producer has been working with the club on.

"It’s a massive honour to have composed the music that Town will walk out to at each home game," said Groom.

"I wanted to create our battle anthem. Something to create a claustrophobic, unnerving atmosphere for the opposition, yet something that gets the energy and intensity going for us.

"It feels amazing to be able to stay so connected to the club in this way, from the other side of the world.

"I’m up at 7am every Saturday to support the lads from my home out here, but nothing beats walking through those turnstiles just before 3pm each week. I miss it a lot."

You listen to the song for the first time on Spotify here: March of the Robins - Single by Nigel Groom | Spotify

The tune will help build the atmosphere ahead of Robins games, along with a new pre-match video on the scoreboard screen which has been put together by Martin Tucker and our freinds at Glos Info.

The video captures the energy from last season's League Two title success with some of the key goals and the exciting return of our fans to the stadium. We hope you enjoy it!

Today is your last chance to save and buy in advance for Saturday afternoon's eagerly anticpated first home game in the third tier for 12 years, click here to get your tickets.

We have also put together an important information guide about attending Saturday's match as the first competitive fixture without crowd restrictions since March 2020. 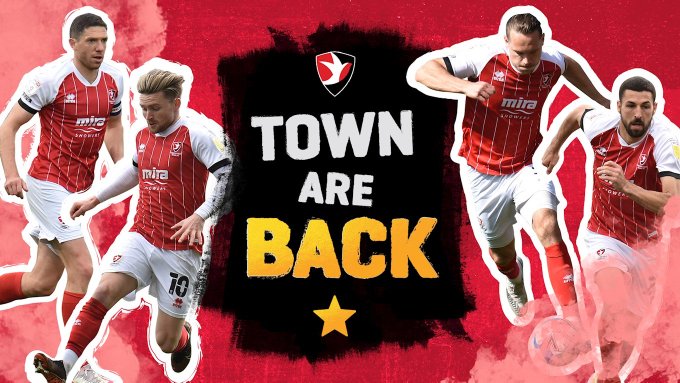