Everyone at Cheltenham Town football club is deeply saddened by the passing of our former groundsman Terry Roberts, who died at the weekend aged 62.

Terry first worked for the club on a part-time basis back in the 1990s, tending the Whaddon Road pitch as the club rose from the Southern League into what is now the National League. He combined helping the football club with his main job as a golf club greenkeeper.

Upon promotion to the Football League in 1999 the club appointed Mike Heather as full-time groundsman but Terry returned to Cheltenham Town, also on a full-time basis, in 2003 when the team re-located its training ground from the University of Gloucestershire to the former Eagle Star Sports Club in Swindon Village.

When Mike Heather retired in 2008, Terry switched from the training ground to Whaddon Road and was voted Football League Two groundsman of the year in season 2011-12 as well as being highly commended in both 2008-09 and 2009-10. Unfortunately his chances of winning further awards were ended by the extra demands placed upon the pitch by the ground-share with Gloucester City but Terry took on the additional work and continued to produce pitches to a high standard for both teams.

"Terry was a real gentleman with a great sense of humour and a thoroughly nice man to work with," said his former colleague Mike Heather.

"He would always be first in at the training ground and would put on the tea and toast before the rest of us arrived. That was back when John Ward was manager, around the time we won promotion to League One in 2006, and it was a really happy time for everyone.

"Terry certainly knew his stuff when it came to being a groundsman but we also had a lot of laughs together and it was a real pleasure to go to work."

Away from football Terry enjoyed most other sports but particularly greyhound racing and he also helped out at the Civil Service Club in Tewkesbury Road where he could often be found at the bar enjoying a pint of Guinness.

"It was very, very sad to hear this news about Terry," said Cheltenham Town director and club secretary Paul Godfrey.

"He was a big character around the club for a long time and did a tremendous job on the pitches. He won awards in the early years but it was during the tougher times, when huge demands were placed on him by the ground share, that Terry really came to the fore.

"He worked very hard for the club in difficult circumstances but he always remained cheerful and was always on hand to help.

"Our thoughts and condolences go out to Terry's family and many friends at this sad time." 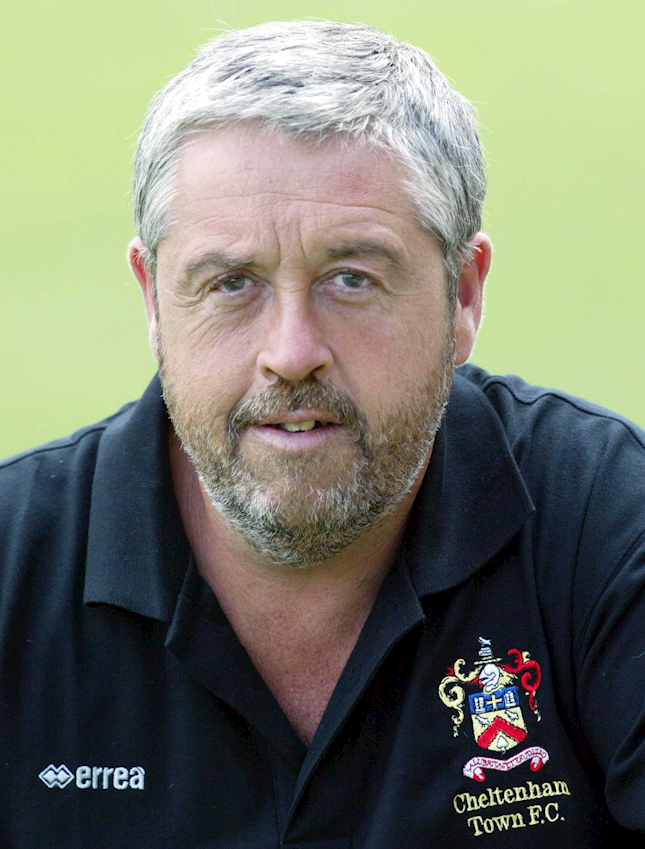