Cheltenham Town produced a fantastic performance full of grit and determination to come from behind and beat Ipswich Town, notching their first League One win of the season in the process.

Almost 5,000 fans lifted the roof on a fantastic occasion at the Jonny-Rocks Stadium, one that will live long in the memory.
Ipswich started like a train and grabbed the early goal and looked set to run away with the contest but Michael Duff's side recovered well to settle into it, playing with more confidence as the contest went on.
They rode their luck at times but in the end, Will Boyle made one for Callum Wright and scored another as Duff's side converted their growing self belief into two second half goals. 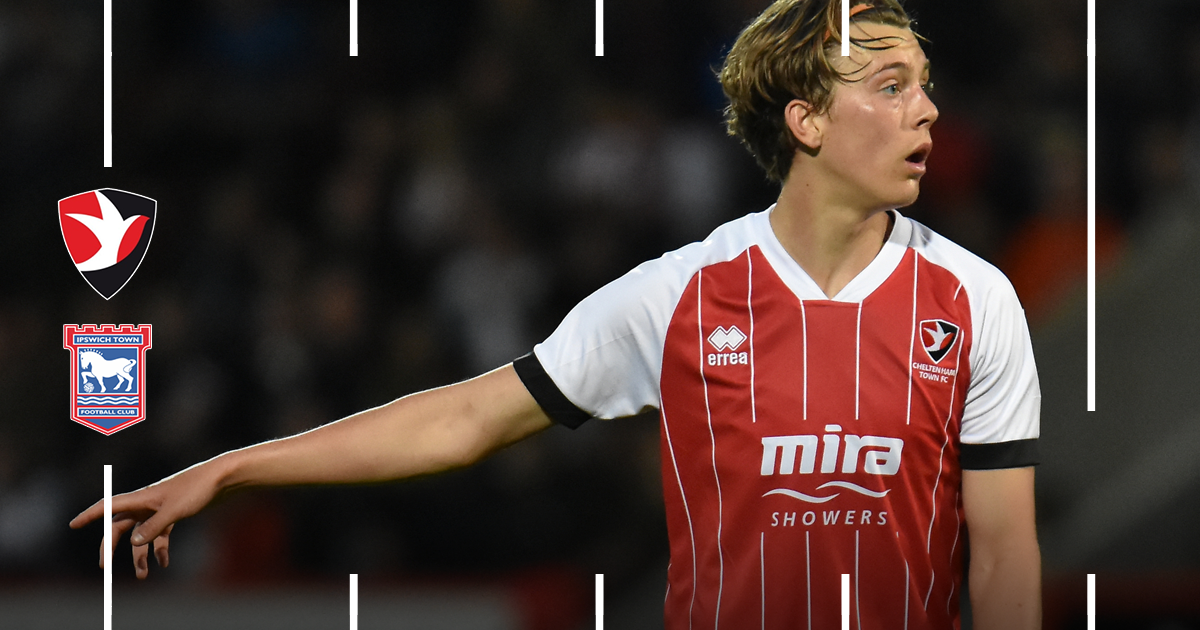 "It's a good win against a big team," Duff said afterwards.
"I thought the second half we were excellent. We were aggressive. We asked the back three to be a little braver and the wing backs to go really narrow to deal with their shape.
"But ulitmately the performance, the togetherness, the desire were fantastic. We also had to ride our luck and their missed chance at 1-0 is a big one in the game.
"But I thought we looked a threat and I thought it was a good performance and I hope the supporters saw that. They came with us tonight and hopefully we'll have a few more of those days."
Duff made three changes to the side that slipped to defeat four days ago. In came Ben Tozer, Conor Thomas and Kyle Vassell for his first start for the club. Matty Blair, Ellis Chapman and Alfie May dropped to the bench for this one.
Given Ipswich's rich history it was a League One occasion to match the likes of Leeds United, Nottingham Forest and Leicester City in previous League One campaigns. Their side was packed full of pedigree and the former UEFA Cup winners are tipped by Duff to mount a serious challenge for promotion this season and on the evidence of the first 40 minutes here, he's not wrong. 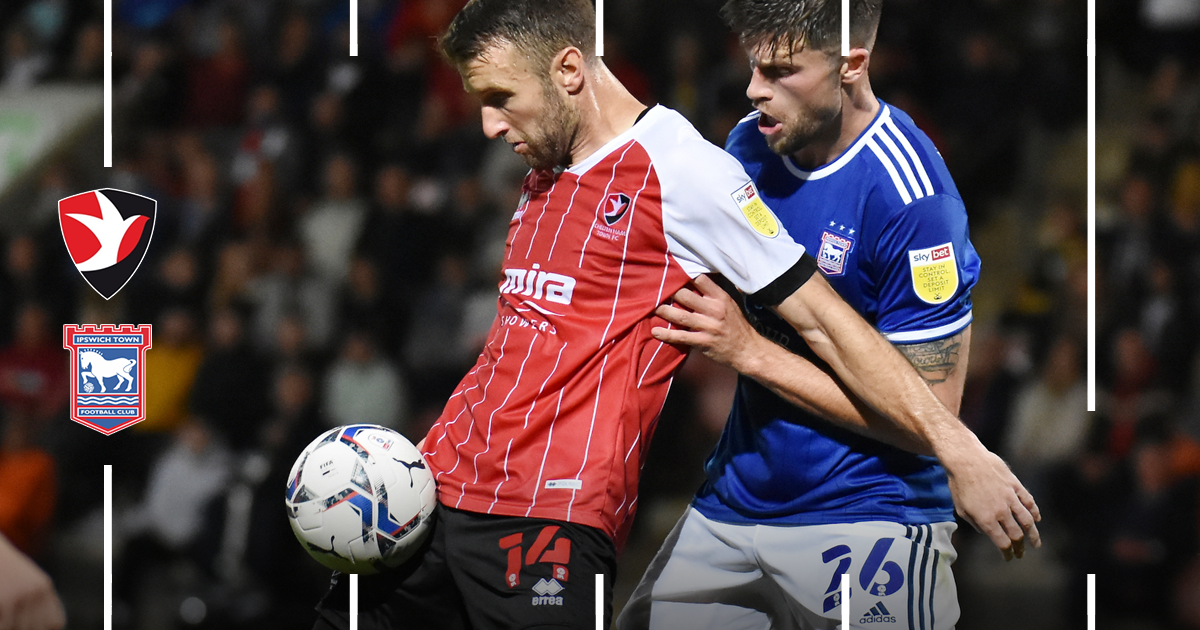 They were backed by at least a thousand supporters but they held their breath as early as the second minute when Callum Wright was gifted a wonderful chance to open the scoring. However somehow he lifted his volley over the bar with the goal gaping.
Cheltenham couldn't live with the visitors in the opening exchanges, inspired by the their outstanding performer Kyle Edwards in midfield.
Ipswich broke the deadock through Matt Penney after nine minutes. Scott Fraser called Sean Long into some last-ditch defending, but the ball broke to the former FC St. Pauli left back who smashed it home from 18 yards. Owen Evans got a hand to it, but couldn't prevent it from finding the roof othe net.
Macauley Bonne looked set to double the advantage moments later but somehow contrived to waste the opportunity after lifting the ball over Evans to create an open goal, only to scuff the ball into the side netting. It turned out to be a pivotal moment.
Cheltenham were being overran and struggled to deal with the pace and invention of Paul Cook's side but they got a foothold in the contest midway through the first period and fashioned a chance, although Charlie Raglan's header missed the target.
They finished the half the stronger of the two sides and Chris Hussey created another chance in added-on time, but Vassell nodded it wide. 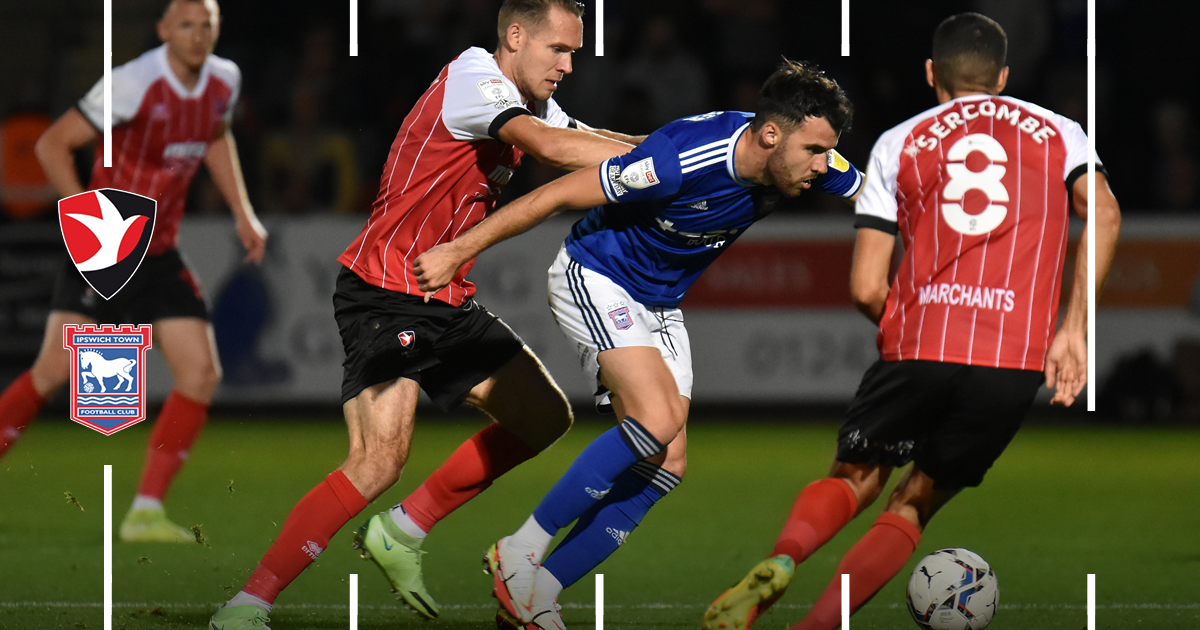 Duff's side played with far more purpose and confidence after the break and turned it around.
Hussey and Liam Sercombe had conjured up a clever free-kick from the right ten minutes after the break, causing enough confusion to create half a chance for Wright but the midfielder couldn't reach the inswinging delivery.
However it was his header with 28 minutes remaining that crowned Cheltenham's best period of the game, meeting Will Boyle's cross from the right and finding the top-right corner to send the home faithful into raptures.
He almost added a second from the corner of the box ten minutes later but Vaclav Hladky held his well struck effort.
Edwards was noticably quieter in the second half but he drew a smart stop by Evans with 75 minutes on the clock.
But Boyle popped nine minutes from time with the moment of the night, latching onto the loose ball inside the box and firing home a low angled drive.
Subsitute Ellis Chapman found the central defender a couple of minutes later but this time he missed the target by a foot, this time with a header.
What a way to get your first League One win in 12 years, a proper 'were you there' moment. On to Fleetwood. 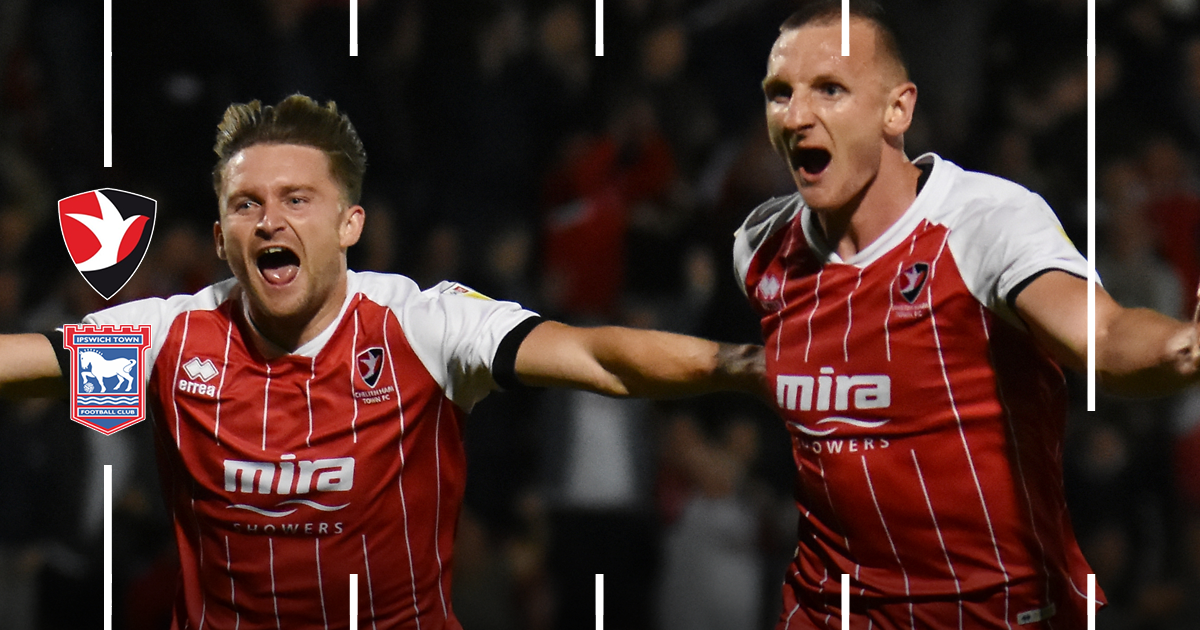