Cheltenham Town started life in League One with a creditable draw at Crewe Alexandra, courtesy of a first half goal by Andy Williams.

It was their first appearance in the third level of English football for 12 years and they produced an encouraging performance in drizzly conditions at the Mornflake Stadium.

The Robins deserved to be on terms at the interval after they had been punished for a sloppy passage of play midway through the first period, handing Mika Mandron the chance to open the scoring.

But Michael Duff's side stuck to their task and were handed a break of their own when Donervon Daniels inexplicitly centred across his own goal to tee up Andy Williams, who made no mistake with the gift.

The second half wasn't a classic but they showed plenty of organisation, character and resiliance to match their opponents who finished 12th at this level last term.

And a word for the fans, who hit the road for the first time in more than 18 months. The delays on the M6 and the torrential rain couldn't dampen their spirits, singing from start to finish along one side of the pitch.

So football's back. The fans are in full voice. And we're up and running in League One with a point on the board. 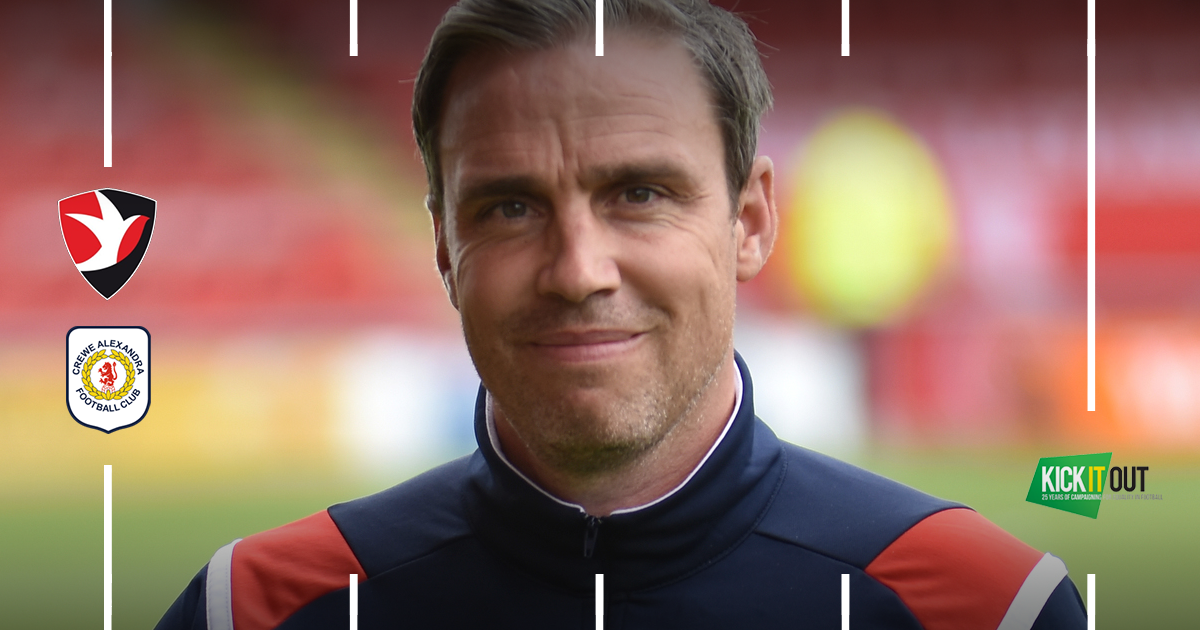 "I thought were good value for a point today. It was a game of few chances. We gave them a goal and they gave us one. The only other chances in the games were Alfie May's one-on-ones and in the end, that could have been the difference in the game.

"We looked like how we have done in the last couple of years. We looked organised, showed good spirit and looked fit so I was really pleased with them.

"Crewe are a good footballing team so to keep them out was pelasing. It was our first game away from home in a different league so we'll take a point all the time.

"The fans were brilliant. They're going to be more important than ever. The noise form the fans gets the players through the last 10 minutes so they will have a massive role to play this season." 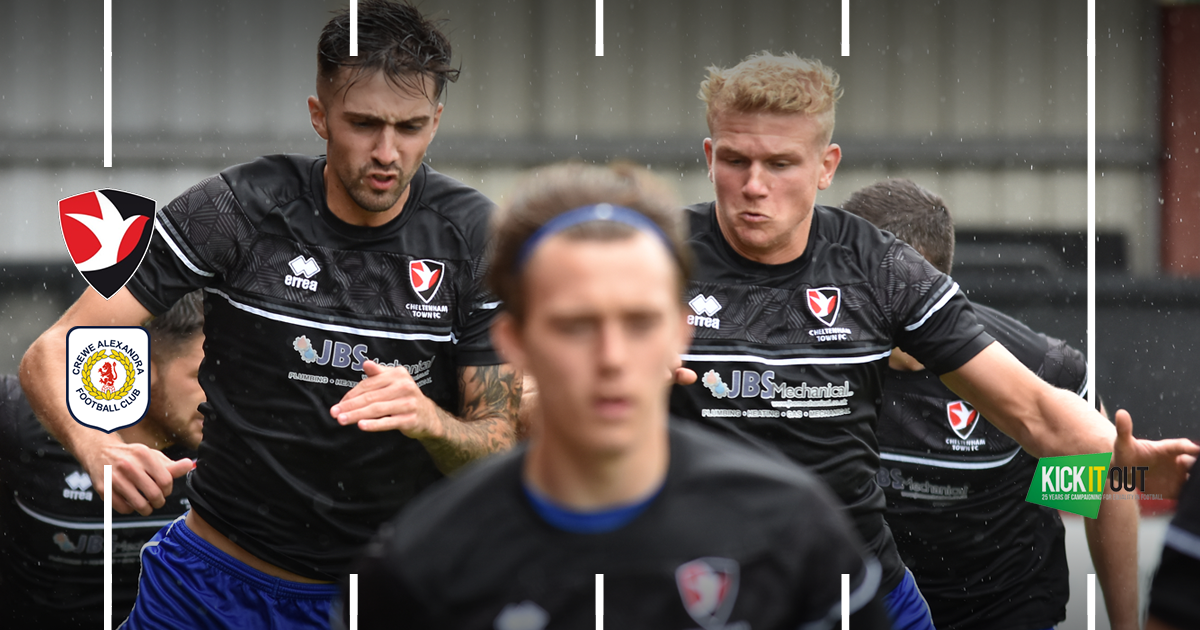 Nine of the starting line-up were involved in the team that sealed the League Two title against Harrogate Town back in May, seven of which started that afternoon. Only Owen Evans wasn't at the club at the time.

Ben Tozer though was named on the bench which meant Will Boyle took the armband on his first League One appearance.

Duff's side made a promising start in the drizzle, Williams seeing an early chance drop wide while Ellis Chapman drew a smart save by David Richards, the Crewe number one.

It took 15 minutes for the home side to chisel out their first opportunity but Mandron headed Josh Lundstram's cross a foot over the bar. However the striker made the breakthrough with 28 minutes on the clock.

It came about after some sloppy play by Ellis Chapman in the middle of the pitch, losing the ball to hand the home side the initiative. Lundstram carried it down the right and found Mandron, who stroked home from 12 yards.