Will Ramsey believes he's in the right place and on the right course after the setback that saw him looking for a new club at the end of last season.

Ramsey linked up with the Cheltenham Town under-18s squad at the beginning of the season after his departure from Coventry City - a club where he'd spent the entireity of his childhood growing up in their academy.

A significant head injury towards the end of his time with the Sky Blues held him back in his pursuit of a scholar.

Now though the attack minded defender feels he's in a good place with the opportunity he's received at Cheltenham as he balances the education he's missed with looking to make an impact in Pete Haynes' young squad.

In terms of your journey to Cheltenham - how did you end up at the club?

I was at Coventry City and I had two head collisions and it put me out for a long time. I had really bad concussion so I can't remember seven or eight months. They helped me get back to fitness, unfortunately I didn't get a scholar, and I looked around. The head of the academy there asked around and asked if anyone wanted to have a look at me and he found Cheltenham. It's been great ever since. I've loved being here. Everyone has been really good - the coaches, staff and all the players as well.

Did the concussion issues affect your schooling?

I am having to resit year 11. I'm here two or three days a week, including games, and at school for the other three days. I thought it was going to be a lot tougher than it actually was going back a school year and then coming here and not being here full time with everyone. I thought they'd maybe treat me differently, but they haven't treated me differently at all. I feel like I'm part of the team even though I'm not here all of the time. It has set me back in many other ways but we're getting through it.

Are you travelling down to get to the club?

Yes I'm travelling down as I've still got to go into school which is close to me as well in Rugby. I'm having to travel so my parents are doing a lot of driving but hopefully it's all worth it. Have you always been at Coventry or have you been anywhere else?

I have pretty much always been at Coventry - about eight or nine years. I've only know academy level football.

You've played primarily as a right back or wing back - has that always been your position and why does it work for you there?

I started out as a striker. I was scoring goals but I just love defending. I love the fact you put your body on the line and it makes me feel really good inside when I do that. I started as a right back and also played central midfield for a season. But I prefer playing at the back and especially on the wing as I can get up and down and help the team forward and back.

The first team play with wing backs. Is that something you've studied in your time at the club so far?

I've watched so many clips of football teams playing in that position but replicate it and do it in my own way. It's different because I've been playing at four at the back and coming in as a five I think I prefer it. We're more solid at the back and I can help the team going forward a lot more. I love playing there. 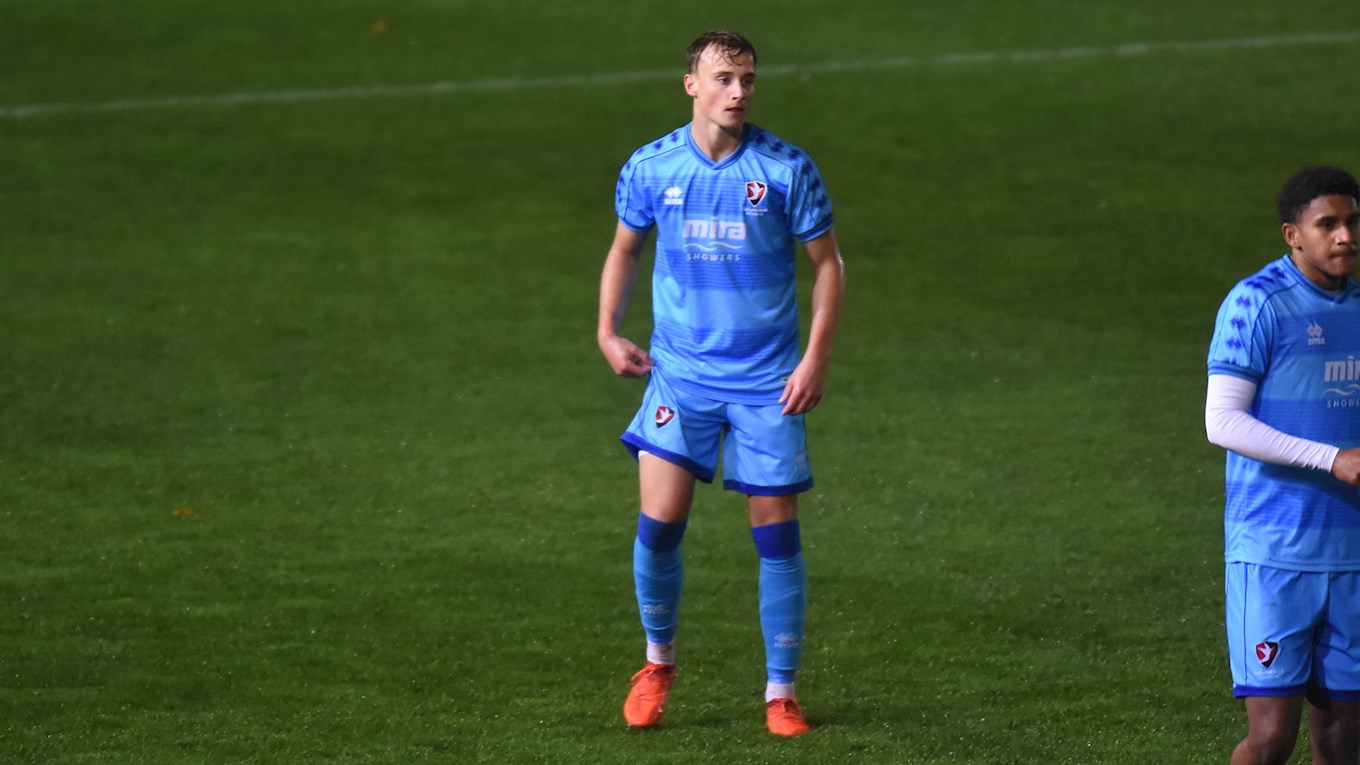 Have you always been a Coventry fan if you were there for a long time?

I've always been a Coventry fan. My dad is a Villa fan so I couldn't take down that route!

What does your Cheltenham future hold?

I need a meeting soon about that. But it's looking good and I've been complimented quite a lot which is really nice. It's nice to be in this position. I've been getting feedback and it was all positive.

There's a good atmosphere in the academy to come into having been at a different club for so long?

I feel like I have just slotted in really well with the staff and the players treating me as one of their own. It's been an unbelievable experience so far and I've really enjoyed it.