Michael Duff, Will Boyle and Chris Hussey have all been named as part of the Football Manager League Two Team of the Year for the 2020/21 season.

Duff has scooped the Manager of the Year prize having successfully guided Cheltenham to League One in just his second full season as a manager.

Defensive pair Boyle and Hussey have made the League Two XI of the season alongside some of the other star performers from the division.

The news of their inclusion in the Football Manager Team of the Year follows under-18s first year scholar Felix Miles' selection as the LFE League Two Apprentice of the Season.

Hussey has made 46 appearances in all competitions for the club so far this season. His fine free kick against Carlisle United on Tuesday sealed the point needed to get promotion.

Boyle meanwhile has appeared 36 times in all competitions in the campaign. He's missed the past few weeks because of a knee injury. Despite being a defender, his dangerous aerial threat from set pieces has seen him find the net on seven occasions in the campaign. 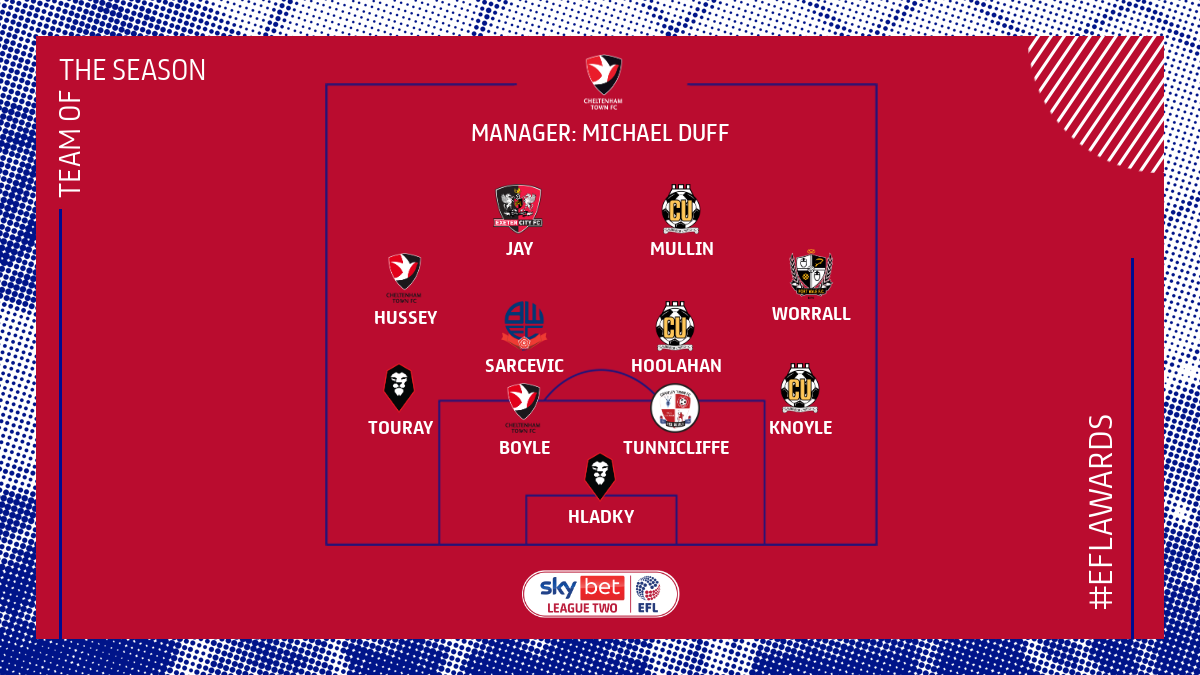