Cheltenham Town Ladies boss Tom Davies was ‘proud’ of his side despite Cheltenham falling to a gut-wrenching 2-0 in extra-time against Portsmouth Women in the FA Cup.

Goals in the first half of extra-time from Pompey pair Jade Bradley and Becki Bath ended the Robinesses great cup run.

A run which has benefited the club financially and has also given players some experiences they won’t ever forget.

Sunday’s exit came against a Pompey side who are flying high in the division above, and when reflecting on the defeat, Davies only looked upon the result and performance in a positive manner.

“I’m just so proud,” he said. “If you just look at the way we played today and look at this Portsmouth side who are doing well in the division above.

“And ultimately as a group, we fought our way to another extra-time game like the Exeter encounter, and we just kept going.

“The unity and the reaction between the goals - the players reactions and unity they showed after these setbacks was phenomenal.

“I said to them at the end of the game, there’s nothing that I’m worried about, and if we carry this on into next season- then we are on for a very good season."

The Robinesses kicked-off this game on the sunny South Coast as underdogs, and it was the hosts who applied the heat early on in the contest.

Loose possession at the back nearly resulted in the hosts taking a 1-0 goal lead within the first minute, but a looping shot from a Portsmouth attacker fell wide of Robyn Levett’s post.

This was shortly followed by a succession of Portsmouth corners which Cheltenham survived, as they looked the weather the early pressure applied to them by the hosts.

Davies’ sides counter-attacking threats were demonstrated moments later, when Charlotte Criddle’s long ball over the top of the Pompey defence merited a corner.

From the resulting corner in the fifth minute, striker Jade Grove found herself with space in the box, but her goal bound effort was deflected over the bar to the relief of the home side.

Jay Sadler’s Pompey had the best chance of the half in the 26th minute, but a scuffed shot from inside the Cheltenham box was saved at close range by Levett.

Getting to half-time at 0-0 for the Robinesses felt like a victory in itself, and gave Davies’ players a platform to try and mount an FA Cup upset.

One thing is for certain though, and that was the change in attacking intensity in the second half from the Robinesses. With Sadler’s team throwing more players forward in search of that illusive second half goal, this resulted in more space being left for Cheltenham to launch counter-attacks.

And that’s exactly what they did. A purple patch spell of effective counter-attacks midway through the second half nearly resulted in CTLFC nicking what would have been a shock 1-0 victory.

However, the end ball or finish just wasn’t there when chances presented themselves on the counter. Forward Lauren Kayll and substitute Lauren Ellis with the attempts on these occasions which failed to harvest that all important goal.

With that goal seemingly not on the horizon for Town, it was all hands to the pump for the final 15 minutes to see if Davies’ side could at least force extra-time.

And that’s exactly what happened, due to the resilience and fight show by the team in the defensive phase.

From Mai Butler’s and Rebecca Halford’s partnership at the back, to Ruby Scahill’s and Abby Bevan’s energy and tenacity in midfield - those were just a few elements of the performance which helped earn extra-time.

Davies added: “We’ve had worse and better performances compared to today, and I’ve said to the girls - we had to change shape across the games, and they have adjusted to that very well and they all know their responsibilities.

“They were all phenomenal. It would be very unfair to pick out one specific player for this game.”

Now the test for Robinesses was to try and hold on to penalties, just like they did in the previous round against Exeter.

This aim wasn’t helped by the fact that Levett’s injury sustained in the second half caught up with the first-choice goalkeeper early in extra-time.

Ripley didn’t take too long to introduce herself to the game. A long-range goal bound effort in the 100th minute was tipped wide by Levett’s replacement for a corner.

That resulting corner unfortunately resulted in Jade Bradley’s effort flying into the goal directly to give Portsmouth a lead which left the CTLFC players visibly heartbroken.

All that defensive work was undone by a freak incident which no player had any power to stop.

Confidence was drained after that one vital goal, and as a result a second shortly followed before half-time in extra time.

A swift attack from the hosts was finished in spectacular style by Becki Bath. A goal which deserved to win and settle any tie.

The final 15 minutes in the second half of extra-time saw both teams go through the motions, but it was Portsmouth who progress to the next round to play Gillingham.

Wing-Back Billie Haynes was one of the stars of the show in defence, and when reflecting on her best moment of this FA Cup run, there was only one game that sprung to mind.

“Generally, every moment has been fantastic in this run,” she admitted. “But the Exeter game was up there with one of the best performances this season.

“Coming here and competing with a team in a league above - we held them for 90 minutes which is a great achievement too.”

With the season now concluding for CTLFC after today’s defeat, Davies and co can reflect on what’s been a rather successful transition season for the club.

The manager explained to the media team what his aims are for the club next season.

Davies said: “Same as this season. We are objective in how we approach each game, and we will go into every game trying to win it and have a better performance.

“Just like today, if we can maintain that unity and build on it, then we are set up for a season that we can be happy about as a club.”

As attention now turns to preparation for the 2021/22 FAWNL (South West) season, keep up to date with what’s going on with the club during this break by following @CTLadies on Twitter. 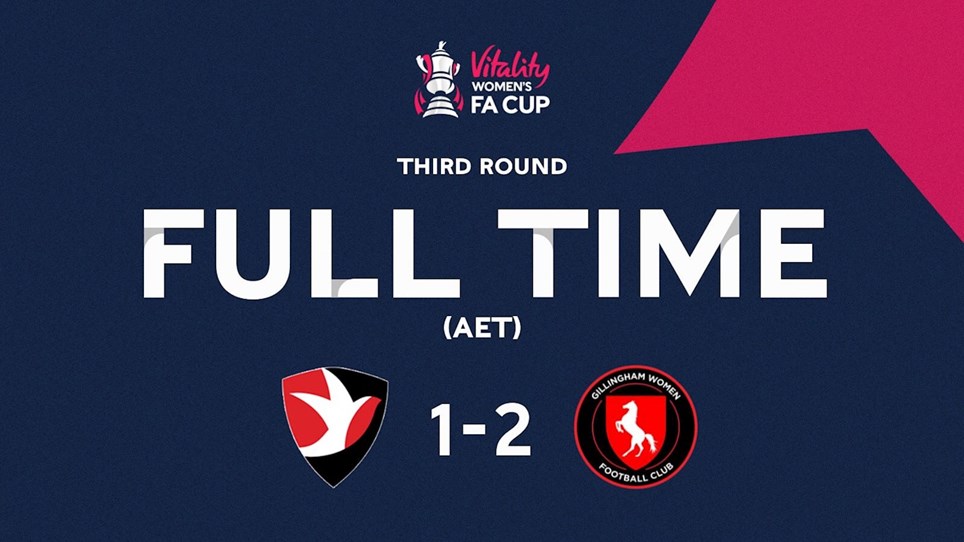 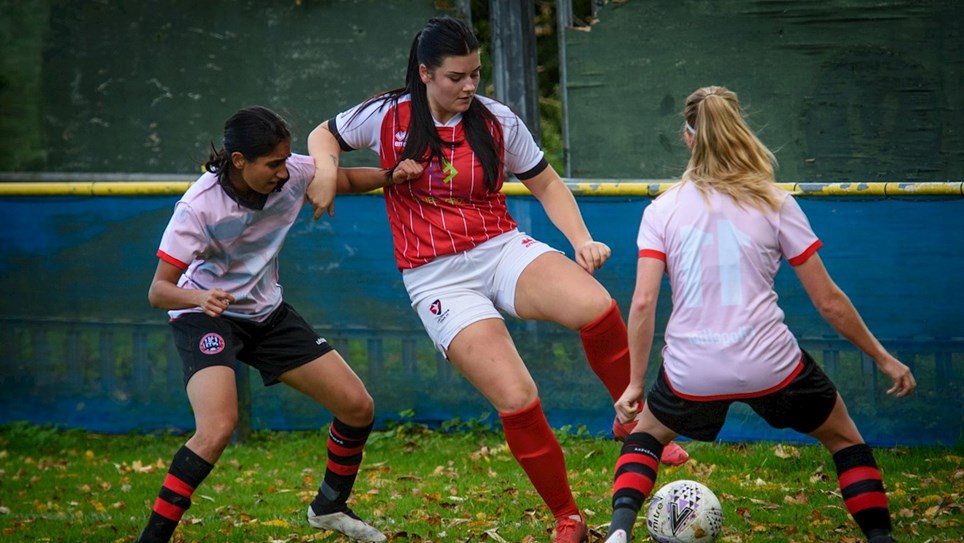 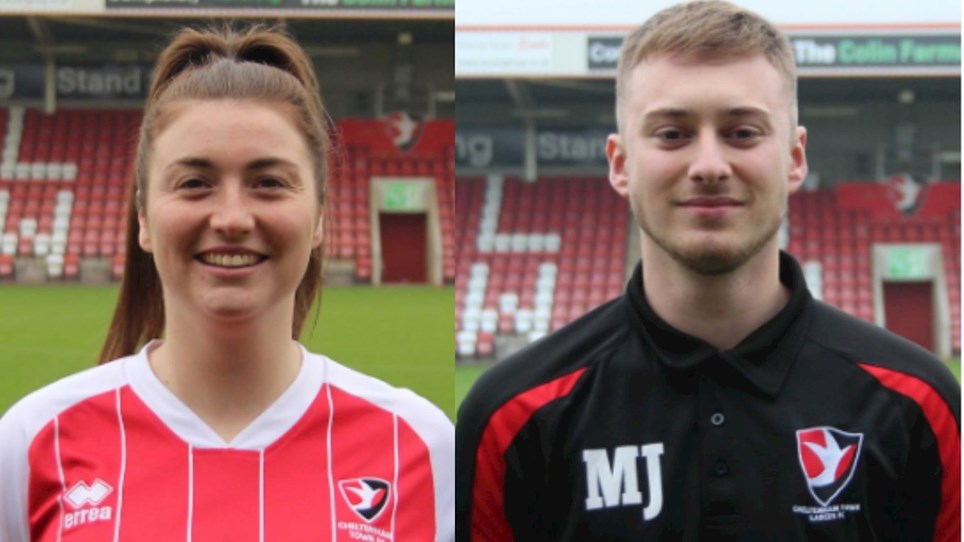 Ladies: Hallsworth and Hallett up for FA Women's Cup challenge


Cheltenham Town Ladies duo Sammy Hallsworth and Morgan Hallett are excited for the challenge that lies ahead in the Women's FA Cup against Portsmouth Women on Sunday. 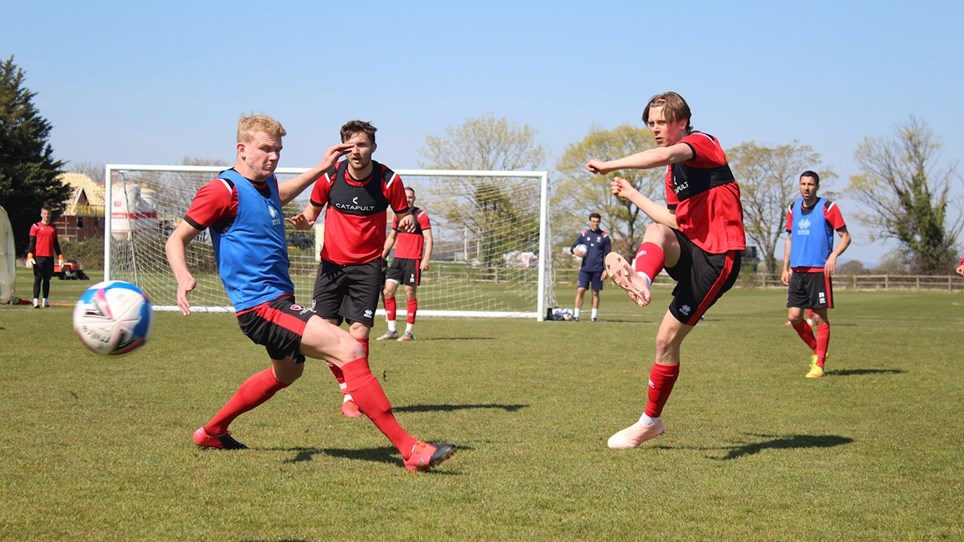 Gallery: Gearing up in training for Stevenage test


It's matchday 42 of the League Two season on Tuesday night and it's another important test for Cheltenham Town at Stevenage. 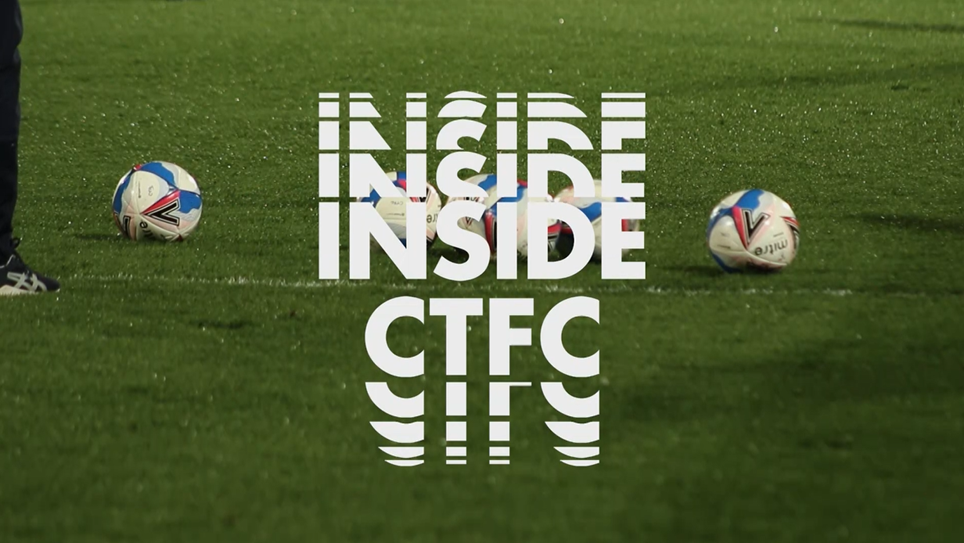 
If you are looking for the ideal preview to tonight's match at Crawley Town then check out the latest episode of Inside CTFC. 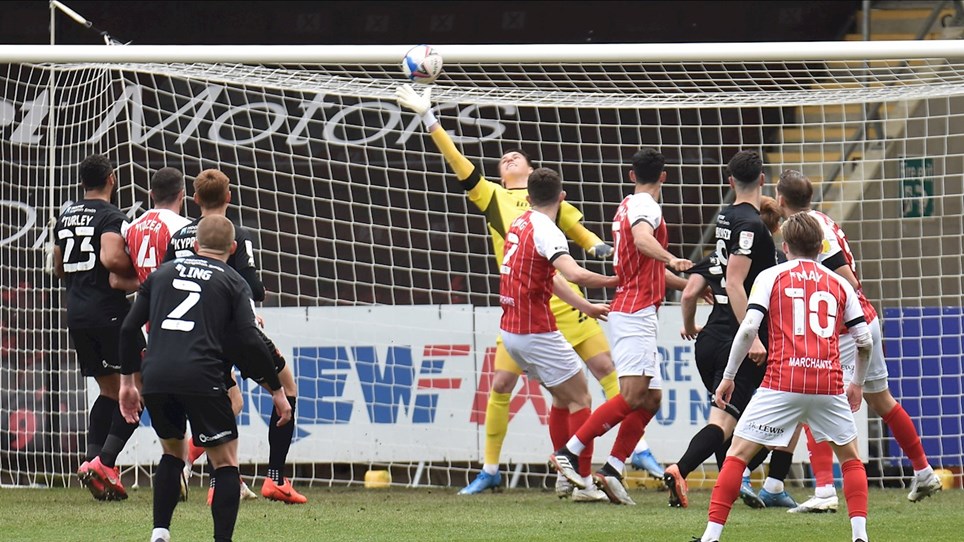