Andy Williams got his goal scoring record as a Cheltenham Town player off to a positive start last week at Tranmere Rovers, just under two decades since he was last scoring goals for the club as a teenager in the academy set-up.

He ended up moving into senior football elsewhere, starting at Hereford United, and going onto enjoy a career that's taken him as high as the Championship before finally getting his chance to pull on senior Robins colours this season after making the switch from recently promoted Northampton Town.

In June he was a member of the Cobblers team that helped the PTS Academy Stadium outfit into the third tier when he scored at an empty Wembley in their play-off final win against Exeter City.

It was a success story he's looking to achieve again in Cheltenham colours this season, with his leadership, strength at the top of the pitch and goals all set to play its part.

How did you find your play-off experience being part of the Northampton team that got promoted to League One?

That was my sixth play-off campaign and it was so weird not having fans there. The whole experience - even training on a day-to-day basis just walking in and walking out of a club without showering or socialising or doing anything. It was just get in do your work and get home which is abnormal in football. Part of what makes a team a team is what goes on outside of training as well. It was really important I felt that you need that blend. I think that's what made it tricky, especially for a club like Cheltenham, who need the cohesion and play a lot of football - they didn't have time to do that in the short period of time that we had to do that. I think that's where Northampton benefited really because they didn't need that cohesion the way they played, it was just get out and get in your face and charge them down and surprisingly for me at 2-0 down in the first leg I didn't think it was going to be turned around but the lads did well that day. The final was even more weird - you win at Wembley and you end up celebrating with your fans normally but there was no one there. The lads gravitated to getting their phones and sitting on the pitch and ringing loved ones. All mine were asleep! It was a weird situation walking around Wembley on the pitch with a beer in your hand. We came back and there were fans for the first time who weren't really supposed to be there. The celebrations then just fizzled out because there was nowhere you could go. The whole process was really strange so it'll be nice to get fans back sooner rather than later and get things back to normal.

Going into the second leg of the play-off semi-finals what was Northampton's approach as I know Keith Curle had you watching Arsenal's 1989 comeback?

Without covid I think Cheltenham will have gone up automatically. We probably would have struggled to get into the play-offs. The way it panned out we had four or five games in the season where we'd lost 2-0 leads. I think that mentality side of things massively came into it because the gaffer at Northampton played on that. Obviously there were so many times in the season where we threw away 2-0 leads and we watched a five-minute highlight of that situation when Arsenal turned it around on the last day. I think psychology became a massive part of that. He got the majority of lads who played that day believing in it and a positive start to the game was what happened with Vadaine Oliver scoring. It changed the momentum. The problem with Cheltenham that day was just trying to stop that momentum and that was something that unfortunately didn't manage to happen. That's gone now and I think it was important that we drew a line under that initially here in the first few days. This is a new season now. I think there's a bit of expectation on people because of that, but we've got to remember we're in a similar position to what we've been for years. I think it's important everyone stays level headed no matter what happens this season. We are a good side, we've got a good way of playing, and hopefully that'll naturally just put us up the league where we want to be anyway.

What do you remember from your days being part of the academy here at Cheltenham?

It was a very brief stint to be honest. I had been not long released from Birmingham and I was playing for Hereford. They asked me to come along here and I came along for six to 12 months. I'll be honest I wasn't particularly good then and I was surprised they asked me to come along! It never really worked out back then but a lot of things here haven't changed. The facilities are similar to what they were back then, it brings back a lot of memories. The gaffer was then a player. When I came here I was 15 or 16 and it was the first time when I was really integrated in and around the first team so I got to see some of the older pros at first hand which I hadn't done before so that was a little bit of an eye opening experience for me and one that stays in my memory quite vividly. 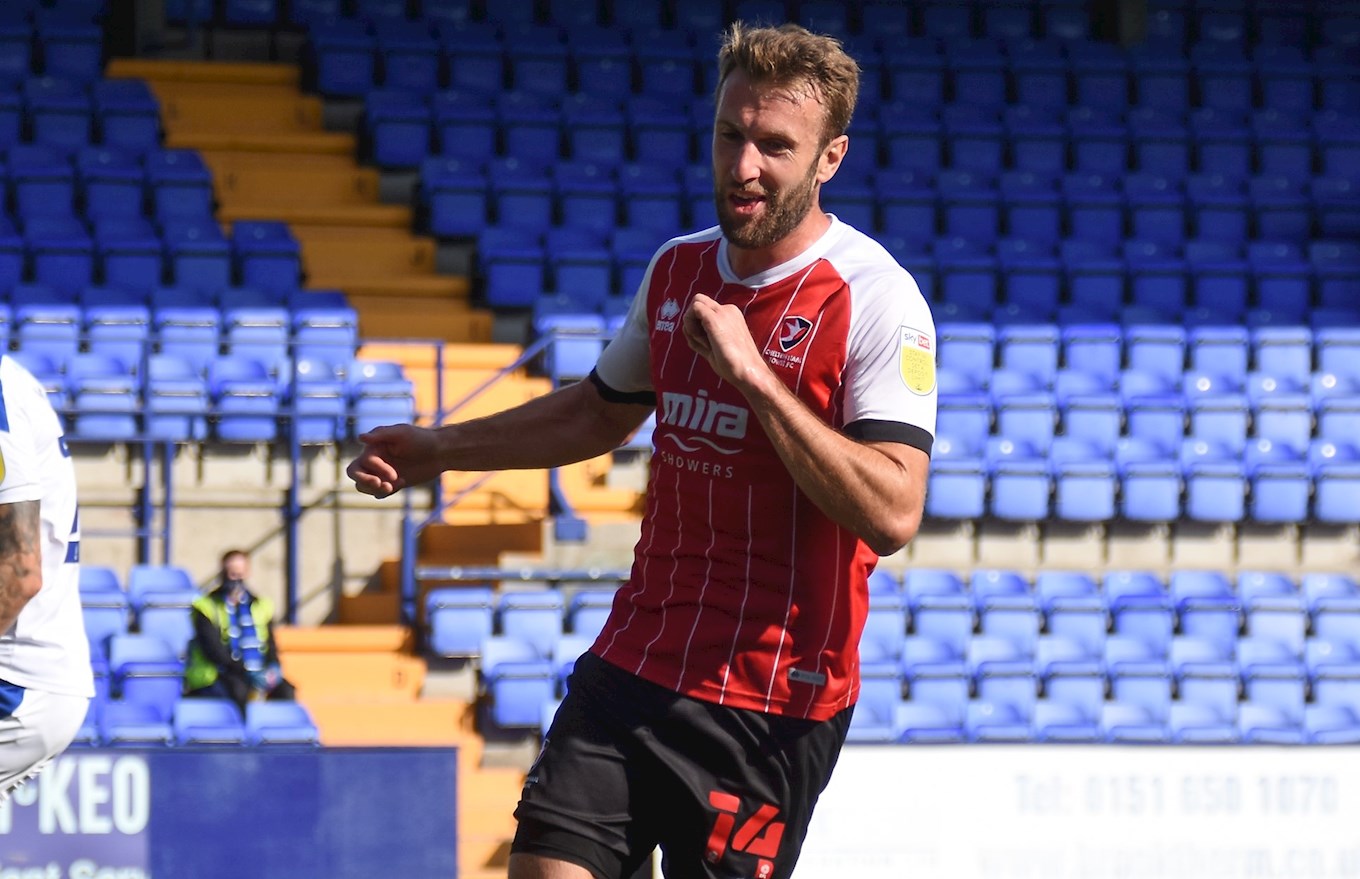 How do you see your role at the club as the manager is keen on having leaders in his group and with your experience you must fit into that category?

I feel the lads have received me well and I've been able to settle in quick. Hopefully I can share some experience when needed upon on the pitch and off the pitch at crucial times. I think that's what the manager is looking from me. First and foremost, he wants a striker who can score goals and hold the ball up, but secondly someone around the dressing room that can help and advise young lads.

As you get older in the game do you notice that you end up automatically developing into one of those 'experienced heads' in the squad that people turn to?

I can remember at 28 I was at Swindon and I was four years older than the next player. We had a really young team that season. I think it was at that point I started to realise my role in the dressing room was changing. I think naturally it occurs. People give you more respect as you get older and you're rocking up the stats that you gain respect for. It comes with playing - you naturally take that position as leader or one of the leaders in the dressing room onboard. We've got quite a few here which is nice. There are a lot of good lads here who are more than capable of being leaders and that has helped me settle in.