Charlie Raglan has been assessing the team's start to the new season and believes the Robins detailed and focused system helps prove to be the difference often when it comes to fighting it out against League Two opposition.

With last weekend's match postponed against Grimsby Town after a Mariners player tested positive for covid-19, it's only twice Michael Duff's side have appeared in league action this season, with appearances in the Carabao Cup and EFL Trophy too.

Last time out however a fantastic 3-0 win at Tranmere Rovers saw the Robins secure their first three points of the season.

The right sided centre back rose highest in the box to head in an early Chris Hussey corner. It proved to be a goal that would see Cheltenham add two more in the opening 45 minutes to secure an eye catching 3-0 win in Birkenhead.

It was a pleasing first three points of the campaign after a disappointing late home loss to Morecambe on the opening day of the league calendar.

Assessing the start to the team's season Raglan said: "With or without fans there's always a big hype about the first game even though you've got 45 more games after that. The way we lost it straight away it's adding to the fire that people are fueling with saying you've got a hangover from last year and things like that. We did that ourselves - we didn't play well enough in the second half - and if we had drawn the game or won the game we would have probably thought we'd got away with it so that was a big disappointment.

"We improved against Millwall but lost against a good side and then followed on with that performance with Tranmere. We capitalised at the right time. We could have been 3-0 up against Morecambe at half time, but we weren't, but at Tranmere we did exactly that. We played well, scored three goals, and then defended properly in the second half. It was pleasing to get the points on the board."

As well as his early header, Andy Williams grabbed his first goal since joining the club last summer, while an own goal clinched what proved to be a comfortable win last time out against a Tranmere team who were plying their trade a level above last season.

"The start was good," Raglan recalls. "When you score early that might settle the nerves but even straight after that we realised pretty quickly we found our rhythm quite early and passed it well.

"They couldn't really get near us - you get that sense on the pitch - but it's important you keep your foot down and the second goal was a good goal to score. The third goal was a bit of luck but I think we deserved it. There's still loads to improve on but the first half was really enjoyable to play in." 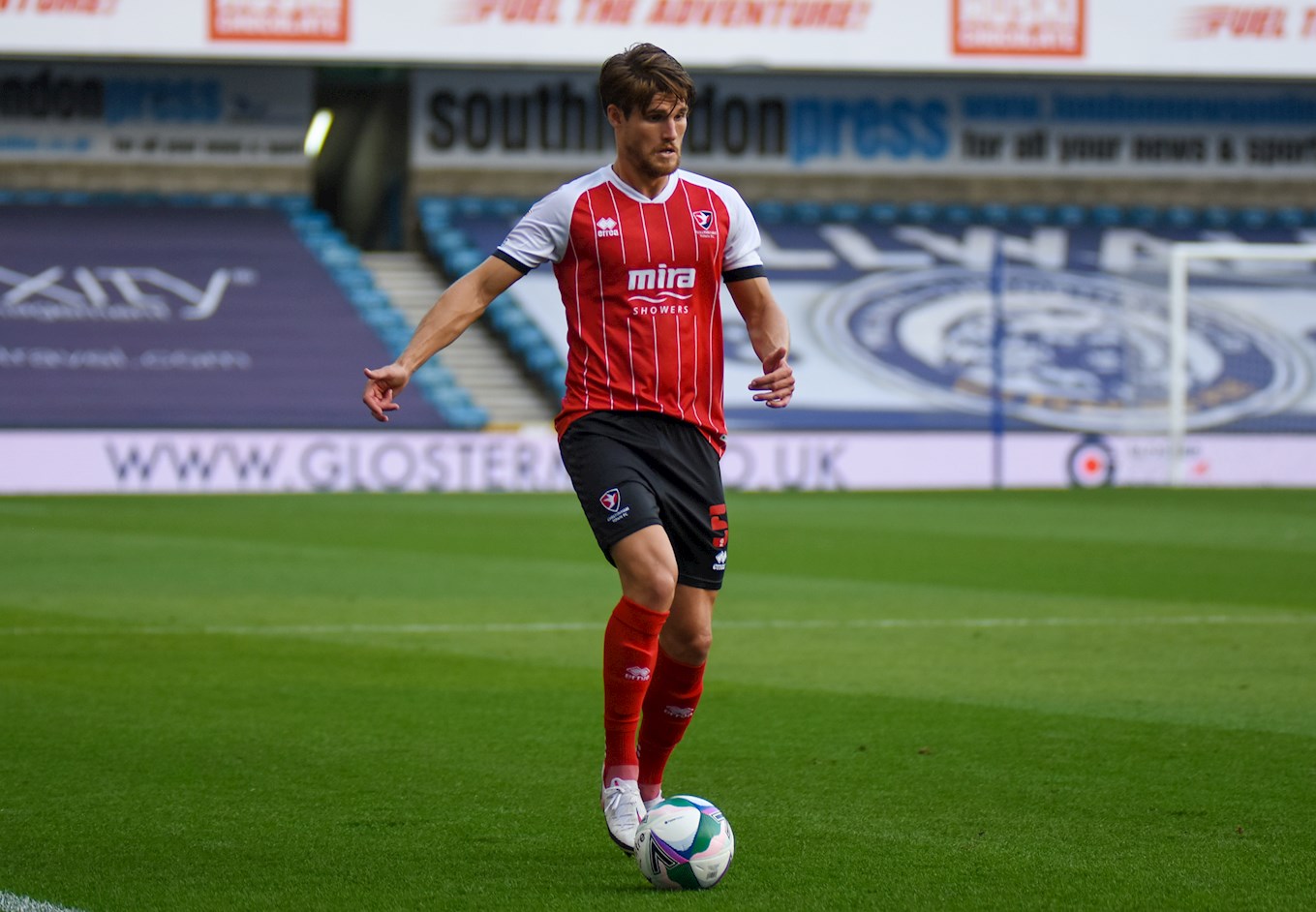 Mike Jackson's Tranmere side tried to match up to the Robins 3-5-2 formation but were punished in the opening 45 minutes against Michael Duff's men's well-rehearsed system.

It is a set-up Raglan and his teammates feel very confident in and as they proved last season if the right mentality is applied in games it will bring more positive results than negative ones.

"They had some top really good players," he continued. "Jay Spearing and James Vaughan have played at the highest level. We knew they were a decent side. But the way we play is different. When I first came in we had plenty of games when I felt like I didn't know what I was doing. You got the feeling Tranmere had been sent out to play a system and it only has to be two or three who aren't sure on their roles and the whole thing doesn't really work. You got that feeling from them that they weren't sure what to do and how to do it, whereas we do but it's taken us 18 months to two years.

"Hopefully we can keep on playing like that and it's down to us because nothing changes. The manager hasn't asked us to do anything different. It's big on mentality and our attitude towards each game has to be spot on to get the result.

"Not every game is going to turn out where we play free flowing football and win 3-0, but if we can stick to what we work on and have worked on for so long then we should get performances like that more often."