A rare opportunity to become a stand partner at Cheltenham Town has come about with sponsorship of the Prestbury Road End now available.

The Prestbury Road end is a terrace which is known as the traditional home stand at the Jonny-Rocks Stadium and can hold just under 2,000 fans.

Individual stand sponsorship is a surefire way to get your business brand seen by a captive audience, with over 80,000 visitors to the club per season. 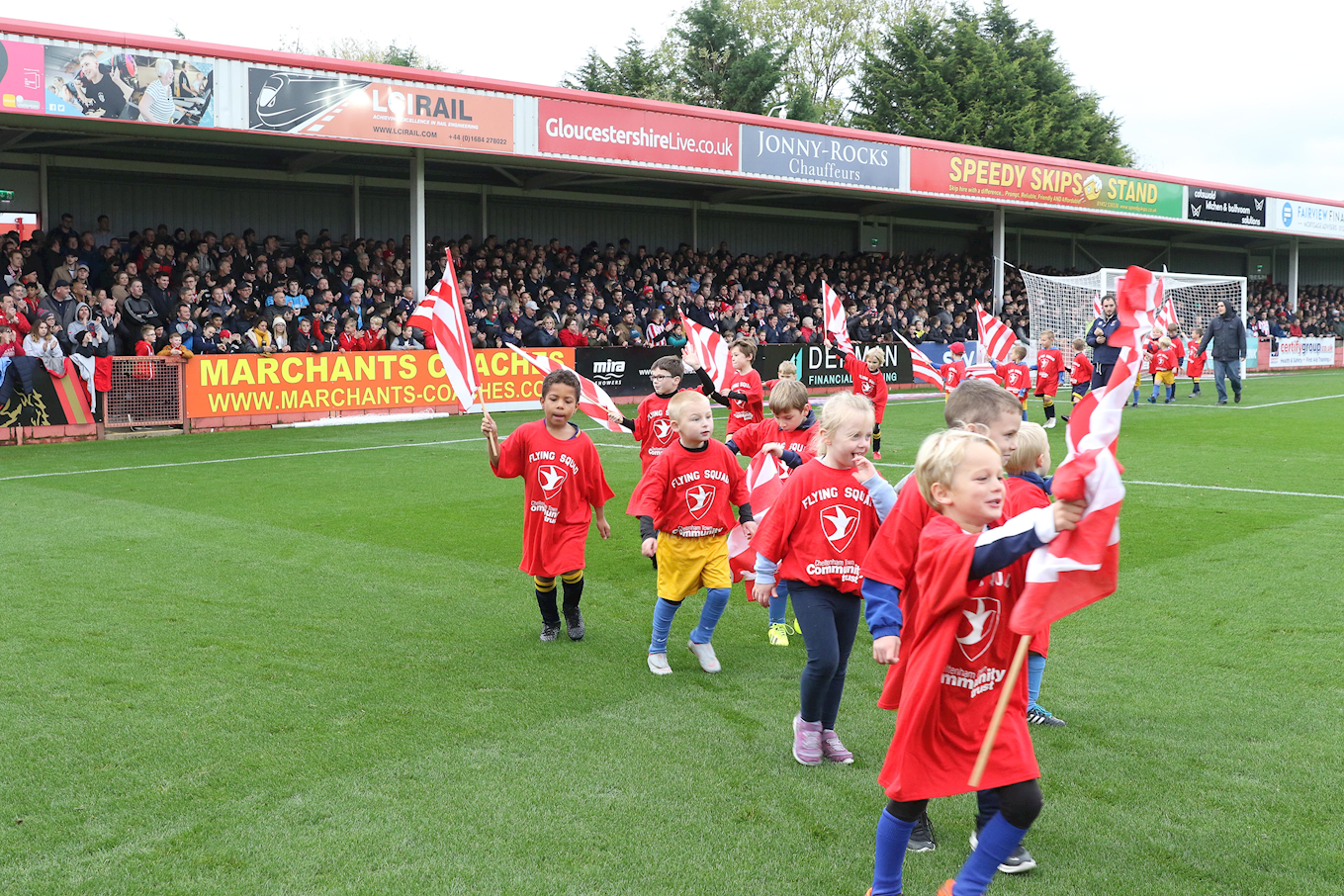 Even in these difficult times, huge exposure still exists with Robins home matches streamed on iFollow and highlights shows such as the EFL on Quest getting 200-300,000 full show views each week allowing your brand to reach potential customers worldwide.

● A story on the official club website (ctfc.com)
● A press release including photograph
● Promotion on social media
● Sponsor signage on the stand
● Name of stand on match and season tickets
● Sponsored name in all club literature and media

Contact John.Finnigan@ctfc.com for all enquiries - Find out more about this and other partnership opportunities in our Commercial Brochure.