Zac Guinan has made a bright start to life as a Cheltenham Town scholar, scoring 10 goals in his first seven games for the under-18s.

The 16-year-old forward joined Pete Haynes' squad at the start of pre-season having been one of ten players offered a first year scholarship to be part of this season's under-18s group.

Son of former Robins striker Steve Guinan, Zac has been talking about his first taste of life as a scholar as part of the under-18s set-up so far.

You have now had a few weeks as a scholar - how have you found it so far?

I think it's been great. The coaches have been honest and we've had some intense training sessions. The whole club has been great really through the coronavirus and we played some good games in pre-season against a few non-league clubs getting our confidence up and then playing higher league clubs.

How have you dealt with the physical side of training as an under-16 in the evenings to now doing it every day?

The first couple of weeks was hard because we were doing a lot of intense running in between little small sided games. We had gaffers day at Pitville Park where we just did running all day which was horrible! A few of us were sick! That's improved us a lot really from the training sessions we used to do in the nights. We've trained hard and intensely and then been having long breaks, so it's evened it out really.

What type of forward would you describe yourself as being?

I am more of a target man, picking up the ball, laying it off wide and getting in the box and the six-yard box and getting goals. I make some runs in behind, not too many, but when I do sometimes I pop up with a goal. 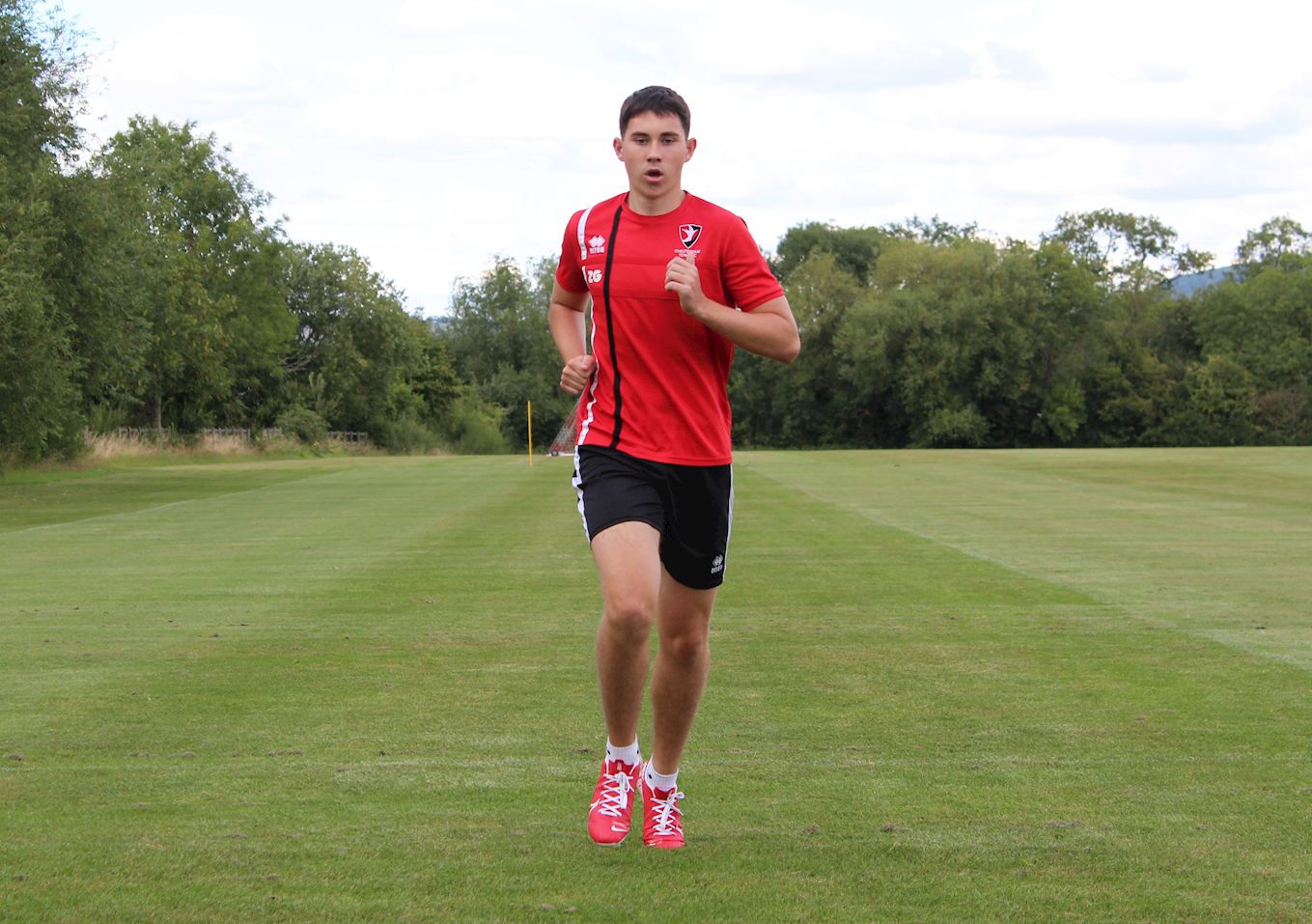 Is that a position you've always played or has it just developed over time?

Not really. I started off as a right winger back in the day then turned up as a right back. When Pete (Haynes) took me on when I was 14 I became a striker and have played there ever since under Pete.

You're quite tall, does that naturally make you more of a target man?

I think if my build was different and I was a lot smaller I would probably be running in behind and off the shoulder. With my height and strength I'm better as a target man holding it up and then playing it off wide.

As a striker you want to be scoring goals but as a target man as well as scoring is it also a case of being a foil for the person next to you?

It's for the team really. I don't mind getting goals and assists, but as long as the team wins that's all that matters really. 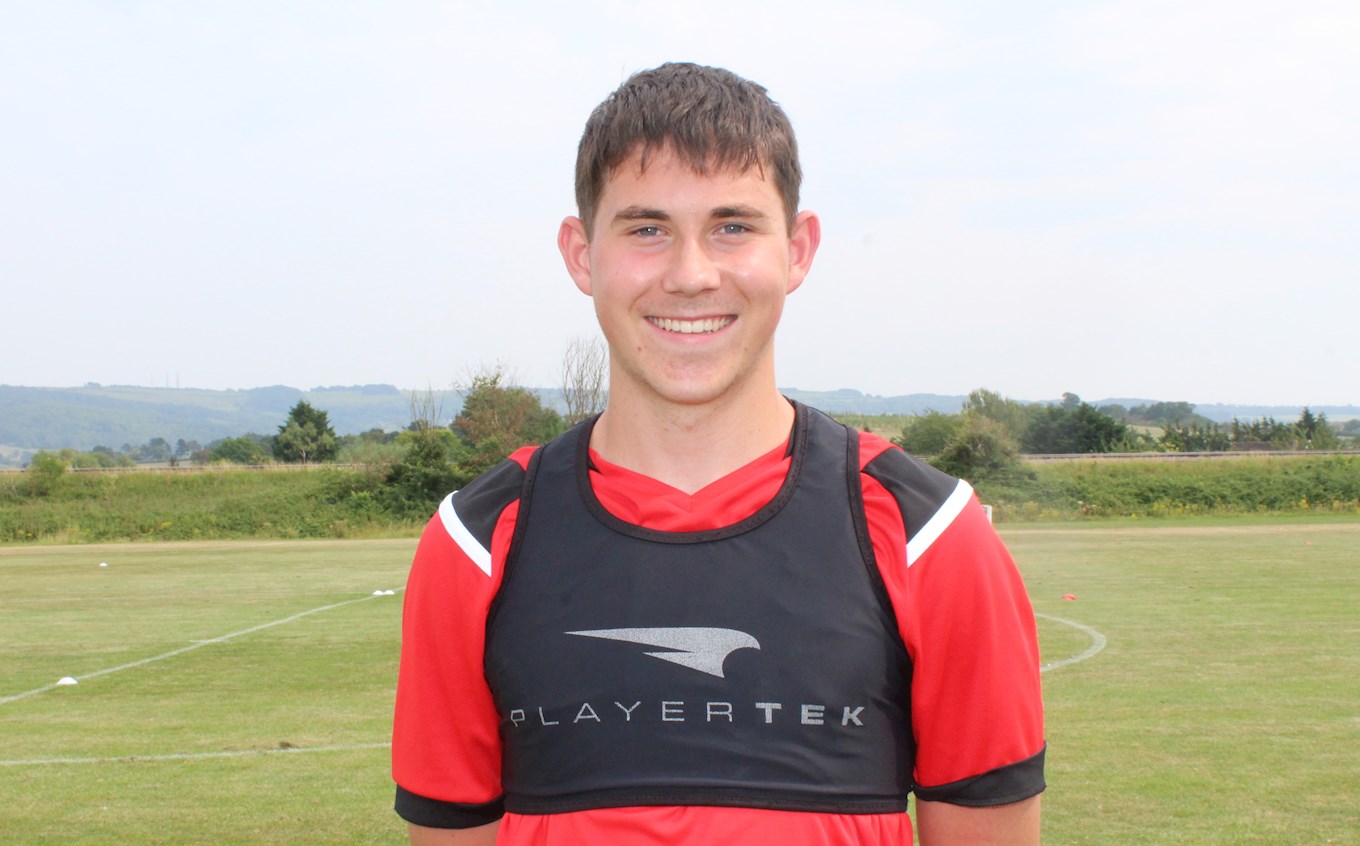 Your dad wrote himself into Cheltenham folklore a few years ago. Did you get to see him play much?

I don't remember too much. I remember him showing me a photo of me on his shoulders in the play-offs in the semi-final. We went down to the Millennium in the play-off final and watched him score the winner in that.

For your dad is it a case of him wanting you to enjoy your football as much as possible?

He does give me tips sometimes if I'm doing something wrong. He gets in the car and says 'you need to do this more' which is massive because it also helps me with the coaches as well when he says the same things as the coaches.

What do you want to have achieved by the end of your first year as a scholar?

I want to score goals really and help the team out to get more three points on the board. I also want to get assists and just play well all-round for the team.

A lot of the second years go out on loan, does that mean you now feel a senior member of the under-18s squad because you'll also have under-16s playing underneath you. Is there a responsibility with that?

Yeah there is a big role for us because the younger ones are stepping up playing for the under-18s, so we've got to show them what we have to do and how intense it is in the games. It's not like how you play in the under-16s, it's intense and we have to win the games. You can't just go out and get absolutely battered. We need to win games and they're going to be tight games.