Dan Bowry is determined to turn his successful loan spell at Bath City last season into an opportunity to break into the starting XI at Cheltenham Town.

The 22-year-old defender caught the eye with the Romans last term when he joined them on loan in what was his first season at the Jonny-Rocks Stadium.

He helped them to the National League South play-offs however a loss to Dorking Wanderers ended any ambitions of Bath getting back into the fifth tier.

Now into his second season as part of Michael Duff's regime, Bowry wants to build on his success last season by making an impact as part of this Cheltenham group this term.

You're now at the club for your second season - after your first year do you see this as quite an important one?

This season I have to be looking towards getting more games in the League. Obviously I went out on loan last season but it's League games I'm looking at now to try and help the team and benefit myself.

You went on loan at Bath City last season and had a very successful campaign with the Romans. How did you view your time there?

I really enjoyed it. I enjoyed the experience and also the opportunity to get regular game time. I think it will stand me in good stead to try and implement that in the League and help Cheltenham.

You got into the National League South play-offs with Bath but it didn't work out how you would have wanted. How was your play-off experience?

We lost here at Cheltenham and then in the off-season I went back to Bath and played in the play-offs there. Unfortunately we lost 2-1 and it was another good experience. Obviously there were no fans so it wasn't like it was a sellout play-off game, but it was a big game to be involved in. Unfortunately we fell the wrong side of it again.

How was the environment with the return to playing during covid-19? 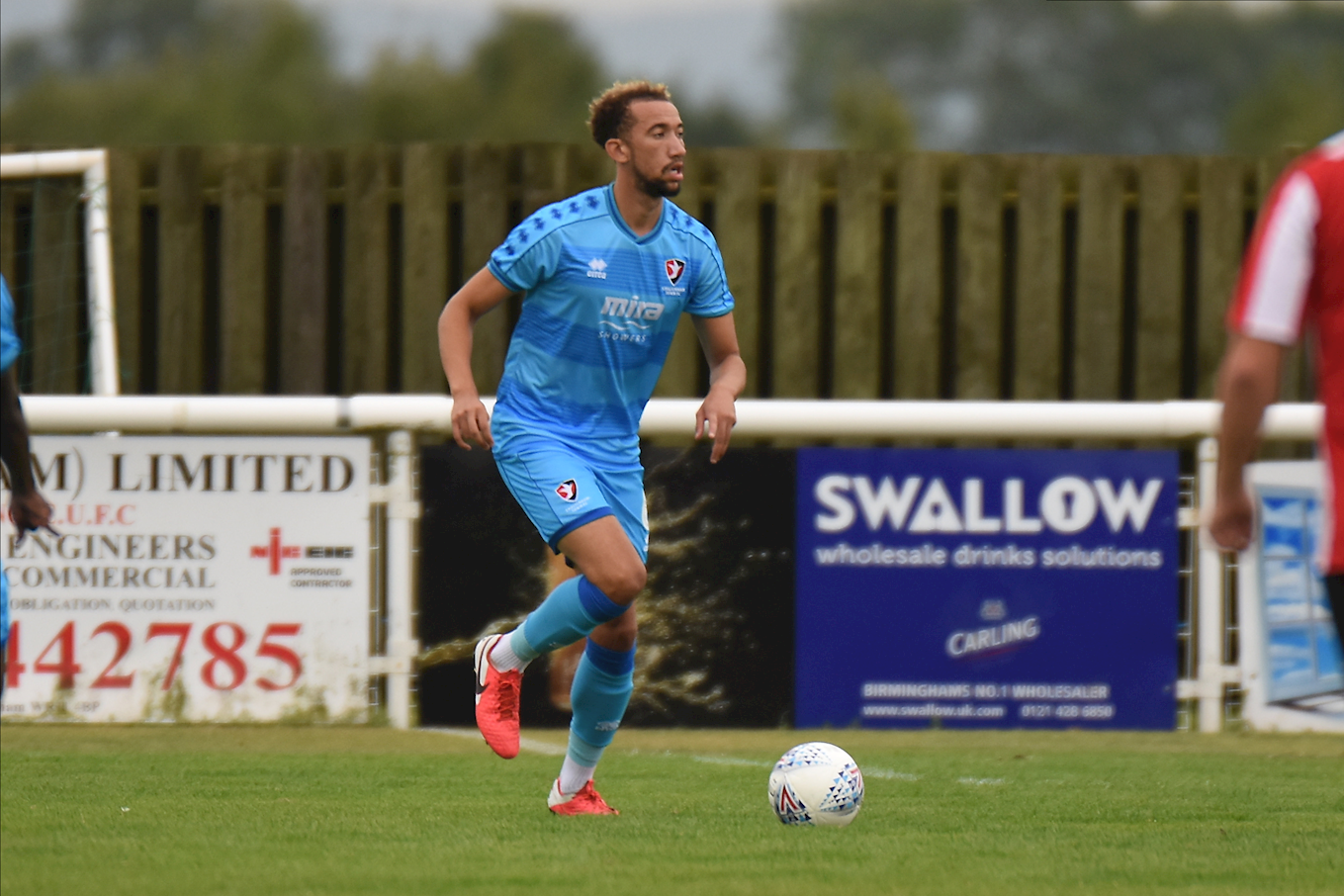 Former Cheltenham defender Jerry Gill is the manager there. How did you find working under him?

I really enjoyed working for him. He allowed me to express myself and do what I enjoy doing going forward and defending. He has a good thing going down there giving young players an opportunity on loan to play at a decent level. It's non-league but you still get quite a lot of good players and some of them have got moves into the League this year.

Would you be open to going out on loan again or do you want to stay in the building now?

In an ideal world I'd stay in the building but if it gets to the point where I'm not getting any game time at all I've got to look at it for myself and see if I could get a National League side I could build on what I did last year. In an ideal world I'll stay here but we'll see what happens.

How has covid affected your international involvement with Antigua & Barbuda?

There are meant to be games this month but I'm not sure they're bringing any overseas players in because of covid. Hopefully in a few months’ time depending on how things are I can join up with them and see how that goes. There are World Cup qualifiers this year.