Cheltenham Town will be aiming to continue their position in the top three of League Two with another positive performance against Scunthorpe United this evening (kick-off: 6pm).

Saturday's victory at Southend United has put Michael Duff's team into the top three of the division.

Though it's only early days the good start to the campaign has created a huge amount of confidence and belief around the squad as they get set to host a Scunthorpe United side who are eager to pick up a positive result while currently sitting towards the lower end of the table.

Tonight's match is taking place behind closed doors because of the impact of covid-19.

Therefore the best way to watch the action is to purchase a match pass and to watch it all online with iFollow.

Tom Sang could return after an ankle problem, while Finn Azaz may be in contention too.

New addition Ellis Chapman is still getting match fit but is available if needed for the matchday squad.

Callum Ebanks is unavailable as he continues his return from a knee injury.

Check out Michael Duff's pre-match press conference as he looks ahead to the game.

The Irons have picked up four points from six games so far in League Two. Their last three outings in the division have ended in defeats - conceding 11 goals in those three matches.

They've picked up points in a draw with Newport County AFC and a 1-0 home win against Carlisle United.

Neil Cox is now in charge, returning to the club where he started his career, and his squad features former Hull City youngster Rory Watson in goal plus a defence that includes former Cheltenham loanee Manny Onariase and youngster Tyler Cordner, who is on loan from AFC Bournemouth.

They have recently added the experienced Junior Brown to their ranks, however he's unlikely to be involved due to a lack of match fitness this evening.

In midfield Jake Taylor, who spent last season on loan at Port Vale, is a new face in their squad this month having made a temporary move from parent club Nottingham Forest. Alex Gilliead and Scotsman Lewis Spence are also possible players to feature, while Frank Vincent is another Bournemouth loanee who may be involved.

In attack former Shrewsbury Town man John McAtee will provide a threat going forward with Ryan Loft also an option having arrived from Leicester City in the summer.

Abo Eisa, brother of former Robins forward Mo, offers a lively threat and 22-year-old Aaron Jarvis is another Cox could turn to in search of goals. Kelsey Mooney, the former Robins loanee, won't be involved as he's returned on loan to Hereford.

Neil Cox was appointed manager of Scunthorpe in August 2020. His appointment saw him take on the role of managing his hometown club where he also started his playing career - a career that saw him play for the likes of Aston Villa, Middlesbrough and Watford.

In terms of his time in the dugout, he began his managerial career in non-league football at Leek Town in 2010. Two years later he joined AFC Wimbledon as assistant manager to Neal Ardley, spending six years in London before he followed Ardley to Notts County as his number two once again.

When the Scunthorpe job became available in the summer he returned to being a first team manager as he looks to guide his hometown club to success in the fourth tier.

He started his playing days with Scunny and was sold to Aston Villa for £400,000 before embarking on a successful career that saw the defender also play for Bolton Wanderers and Cardiff City, as well as for the England under-21s side. 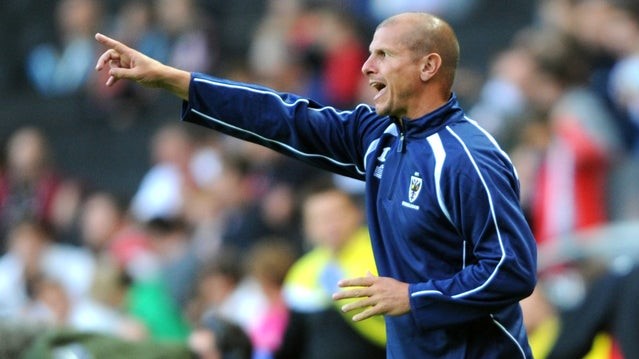 Essex born Ryan Loft has already found the back of the net twice for Scunthorpe this season since joining the Irons on a permanent deal from Leicester City.

The 23-year-old spent time on loan at Carlisle United in League Two last season, playing 35 times for the Cumbrians and scoring six times.

He began his carer at Tottenham Hotspur where he was sent out on loan to Braintree Town, Stevenage and Exeter City to gain playing time.

Upon his release by Spurs he joined Leicester City where he represented their under-21s side in the EFL Trophy. He didn't make any first team appearances for the Foxes and after being officially let go linked up with Scunthorpe for the new campaign. 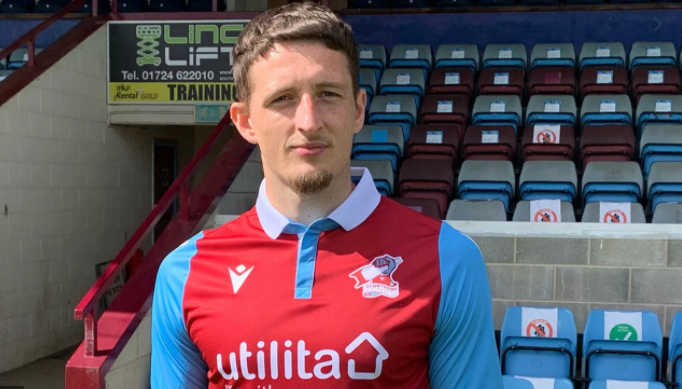 The match programme is available to buy for tonight's match in either print or digital format.

Elliot Bonds is the big interview as the Hull City loanee discusses his time at the Jonny-Rocks Stadium so far, his senior playing experiences with Dagenham & Redbridge, Farnborough and Hull, as well as his time playing internationally with Guyana.

There are also interviews with George Lloyd, Josh Griffiths, the latest from boss Michael Duff, Cheltenham Town Ladies, under-18s forward Dan Stevens is on interview and much more.

The digital version is available to buy online for £2 and to then download. The print edition is meanwhile available to buy for £2.50 online. Please select 'match programme' as a postage option. 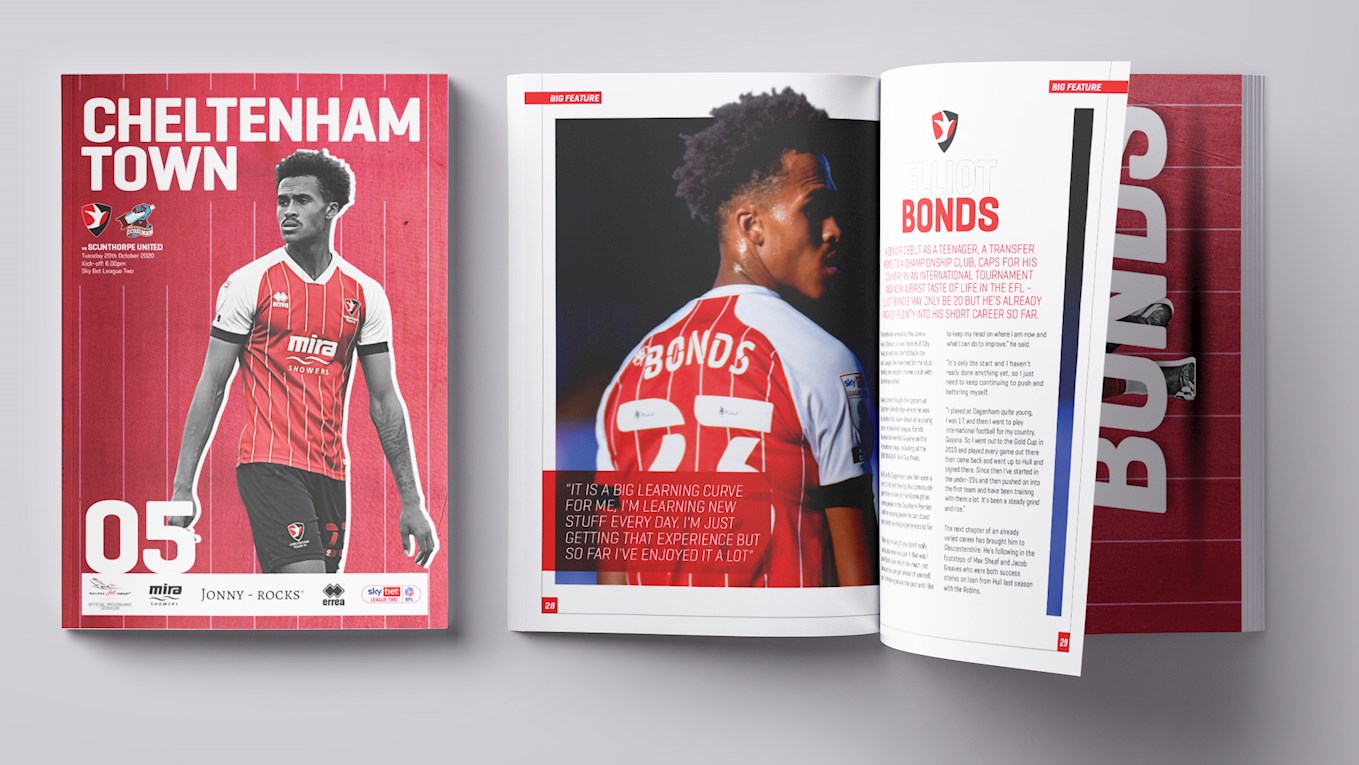 Check out all of the action from tonight's game by purchasing a match pass to watch the whole game online with iFollow. A match pass is available to buy for £10.

Season ticket holders will have received their voucher code for tonight's match via email. Please redeem your voucher in advance of kick-off. 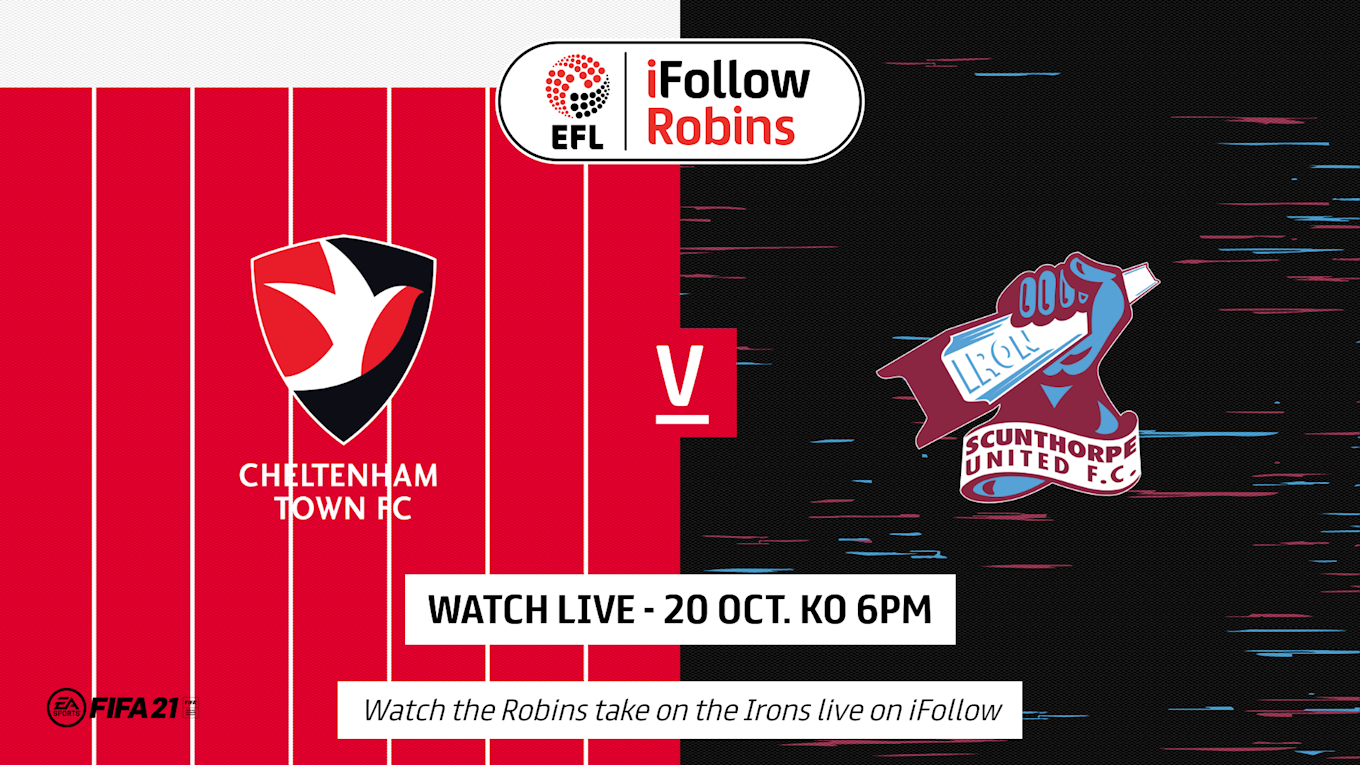 Post-match check out the club website to read a match report and to hear reaction from inside the camp.

You can purchase a match pass on iFollow to watch the game in full online. It's available this evening for £10.

Extended highlights of the game will be available to watch on iFollow too.