A fortnight on from a fantastic away win at Tranmere Rovers, Cheltenham Town are back in action with a visit to Leyton Orient on Saturday (kick-off: 3pm).

With a Grimsby Town player having a positive case of covid-19, last weekend's fixture with the Mariners was postponed on the Friday afternoon before the game.

It left the team without a fixture last weekend, and with Orient players and staff themselves having recovered from the virus after seeing two of their games postponed, it's game on this weekend at the Breyer Group Stadium.

The match is taking place behind closed doors because of covid-19 but you can watch all of the action by purchasing a match pass online with iFollow.

Sean Long and Scott Flinders are the only absentees from Saturday's squad.

Up until their season was halted due to covid-19, Leyton Orient had been enjoying a bright start to their second campaign back at Football League level.

They registered back-to-back cup wins in their first two games against Forest Green Rovers and Brighton & Hove Albion under-21s, and then after beating Oldham in league action progressed through to the third round of the Carabao Cup with victory over League One Plymouth Argyle.

From there they were due to face Jose Mourinho's Tottenham Hotspur in the third round, however the game was postponed and Spurs progressed instead after they were struck with covid-19.

Their last outing was on 19 September when they held Mansfield Town to a 2-2 draw in their only home league match so far.

Ross Embleton is now permanently employed as their Head Coach. He's held the role in an interim position three times before, but in January 2020 he was officially appointed having previously worked as number two with the O's.

He leads a squad that features players from both their 2019 National League title winning squad and some new faces that have since been recruited following their return to the EFL.

Ex-Swindon Town stopper Lawrence Vigouroux is working with Embleton again having worked alongside him at the County Ground, while in defence former Cambridge United man Josh Coulson and youth product Dan Happe are potential choices.

In midfield Robins fans will fondly remember James Dayton from being a part of the Cheltenham team that won the National League in 2016. Ousseynou Cissé offers drive in the middle of the park, while Jobi McAnuff and Jordan Maguire-Drew can often catch the eye out wide.

Up top they have a number of options. Danny Johnson arrived from Scottish club Dundee in the summer, while Lee Angol offers good EFL experience. Louis Dennis is aiming to continue his quest to make the step up to League level successfully having signed from Bromley a year ago while in Irishman Conor Wilkinson they have a target man threat.

Apart from spells playing non-league football, Ross Embleton's career in the game has been focused on coaching and now management, after he was named permanent Head Coach at Orient in January 2020.

Previously he worked in the academies at Tottenham Hotspur, AFC Bournemouth and Norwich City, while he experienced first team football as part of the management team at Swindon Town where he worked with Luke Williams and Marting Ling who was manager at the time at the County Ground.

Though he is now in charge of the first team squad at the Breyer Group Stadium, at the start of the millennium he actually spent nine years with Orient as part of their youth set-up. 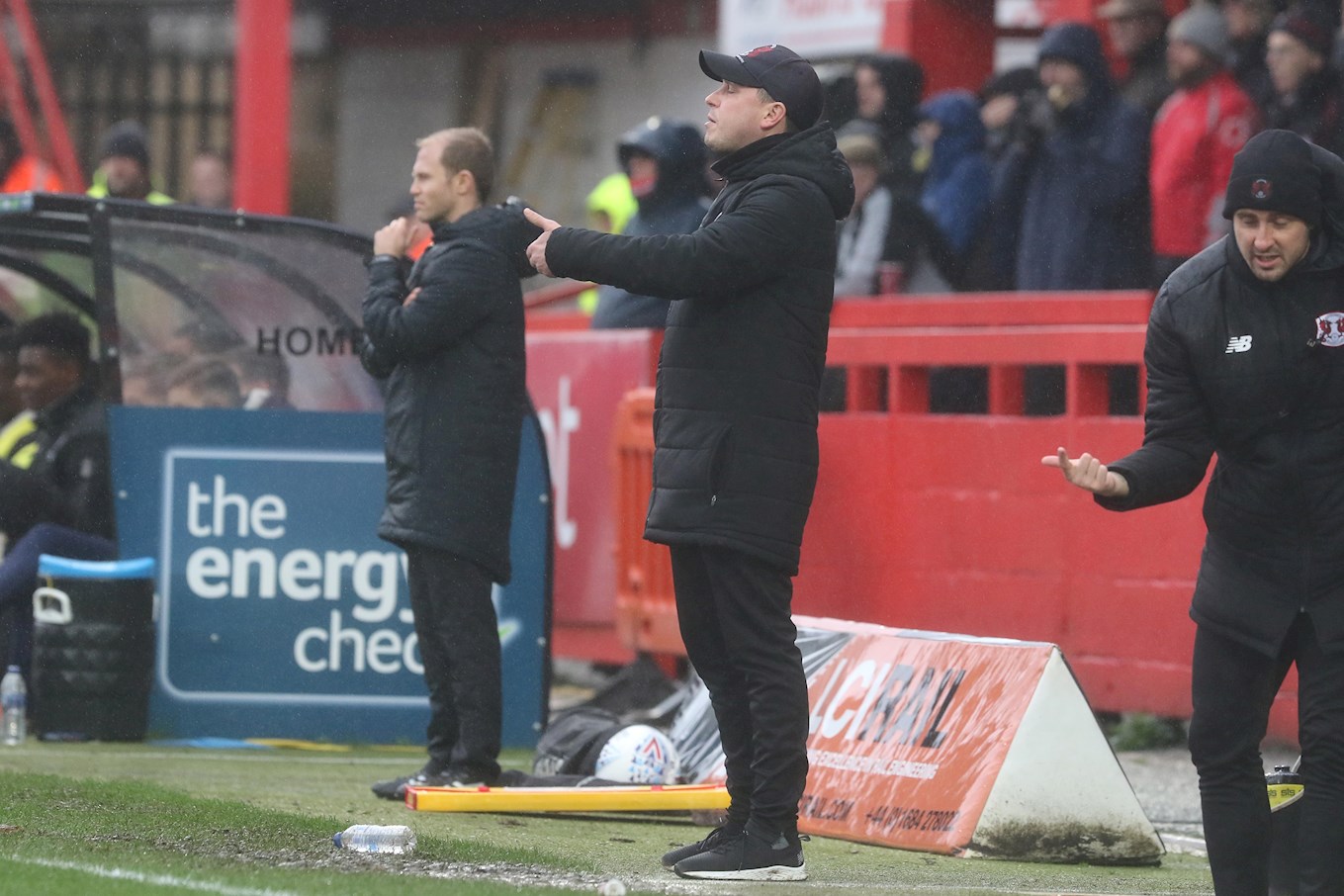 Who to watch: Danny Johnson

Danny Johnson has enjoyed success in his first few months as a Leyton Orient player. He has scored five times so far - finding the net in every game he's played for the O's since joining in the summer.

He made the switch to London from Scottish Championship side Dundee where he spent the 2019/20 season having played in the top tier of the Scottish game the campaign before at Motherwell.

The 27-year-old is a lively forward who boasts strong finishing abilities. He's had an interesting career where after beginning his senior playing time with Real Murcia B in Spain, he returned to England to play non-league football for the likes of Billingham Synthonia and Guisborough Town before transferring to Cardiff City in 2014.

He struggled for game time with the Bluebirds but it was with Gateshead in the National League where he shone, appearing over a hundred times and averaging an excellent goal record with his trusted left-foot earning him a move to Scotland. 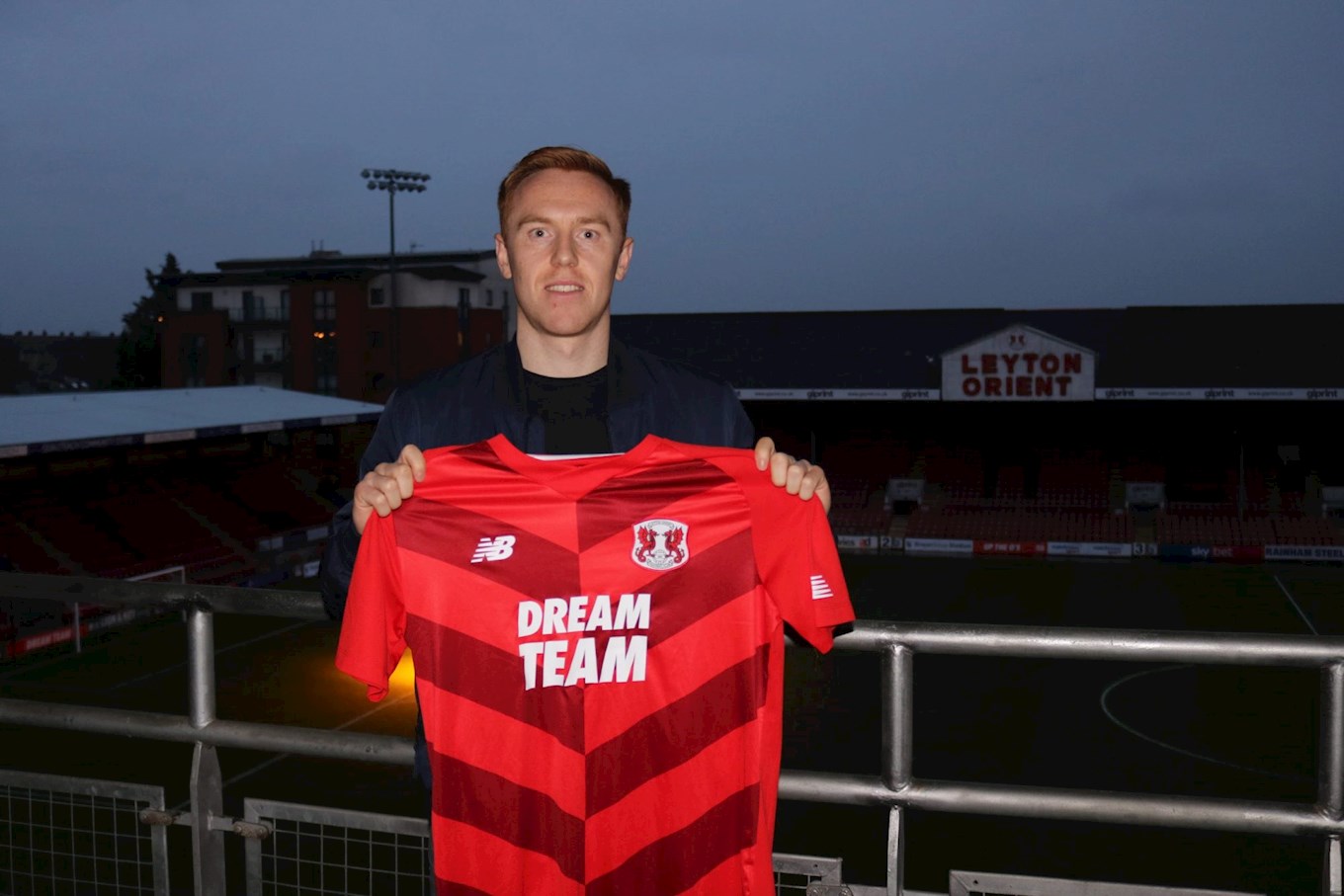 You can watch all of the action from Saturday's encounter online with iFollow by purchasing a match pass this weekend.

Match passes are available at the price of £10 and can be purchased online.

We recommend setting up your match pass well in advance of kick-off to avoid matchday online traffic. 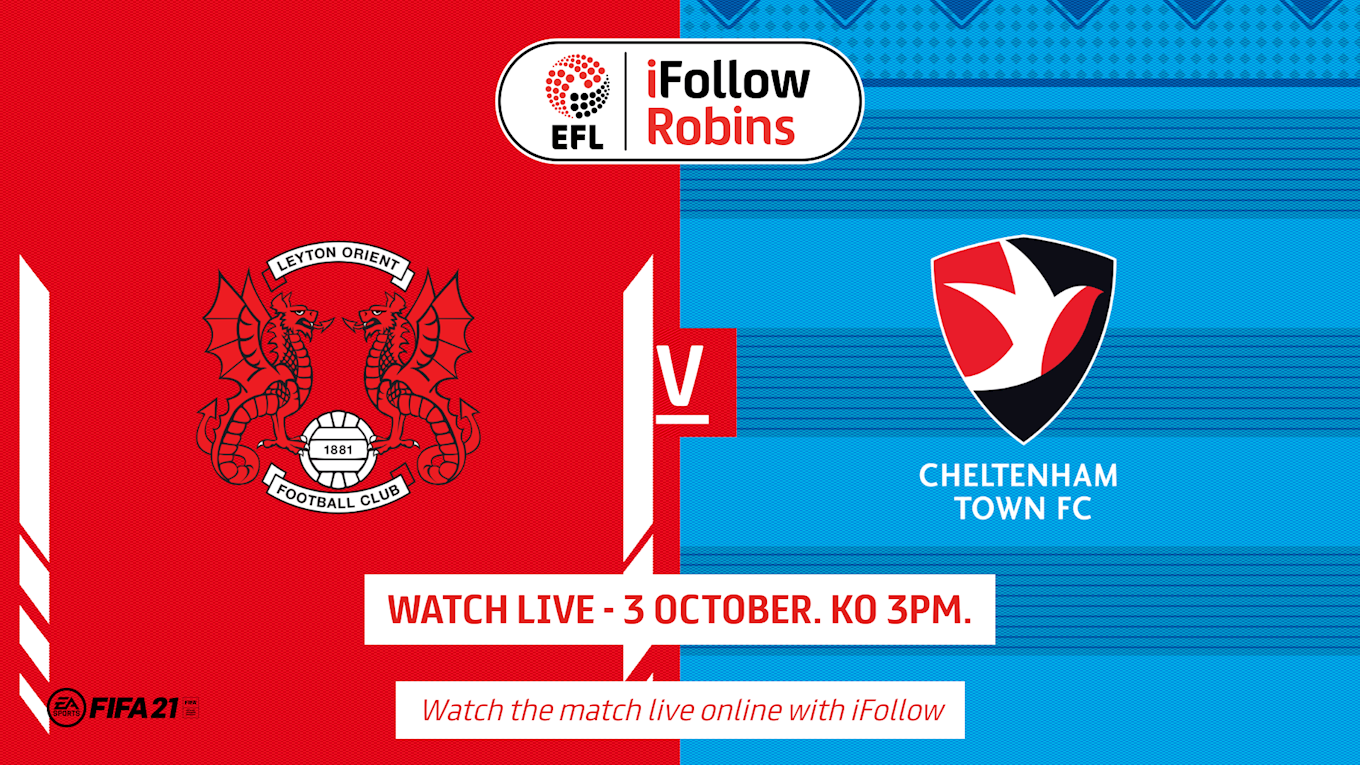 Stay up to date with affairs in London by following @CTFCofficial on Twitter. You can also check out updates on the club's Instagram and Facebook accounts.

Match passes for full match coverage on iFollow are available to buy for £10, while you can also listen to match commentary on BBC Radio Gloucestershire.

Post-match check out the club website for the report and reaction, while highlights will be available on iFollow on Sunday.