The talented ball playing midfielder was spotted while playing for the under-16s at Cheltenham and earned an opportunity to train and play with the London club in pursuit of an opportunity to join an academy that's produced the likes of Harry Kane and Harry Winks in recent years.

A move to Spurs didn't materialise after time spent playing with their under-16s, but nevertheless he was offered a two-year scholarship at the Jonny-Rocks Stadium as he looks to venture into the professional game in his hometown instead.

Injury has scuppered the early time he's spent in Pete Haynes' under-18s squad, including missing out on the FA Youth Cup matches against Tuffley Rovers and Exeter City, but he is now back into training and determined to build on his return to fitness.

It's been good and it's a privileged position. I'm just happy to be here trying to be the best player I can be. I tore my ankle ligaments and was out for six weeks. I've been doing conditioning and pre-hab to strengthen my ankle, and trying to get as fit as I can.

In the short time before your injury did you notice the levels that were expected of you to be an under-18s player and that of when you were an under-16s player?

How did you become a Cheltenham player and what has your time at the club been like?

I signed at under-16s. I came from Bristol Rovers - I was there for eight years. I first started off here at Cheltenham for a year and then went to Bristol Rovers. I came back and got myself a scholar so I was happy with that and have carried on from there.

You're a Cheltenham boy despite being at Bristol Rovers for many years?

I'm from around Prestbury, so next to the stadium. I went to Winchcombe School. 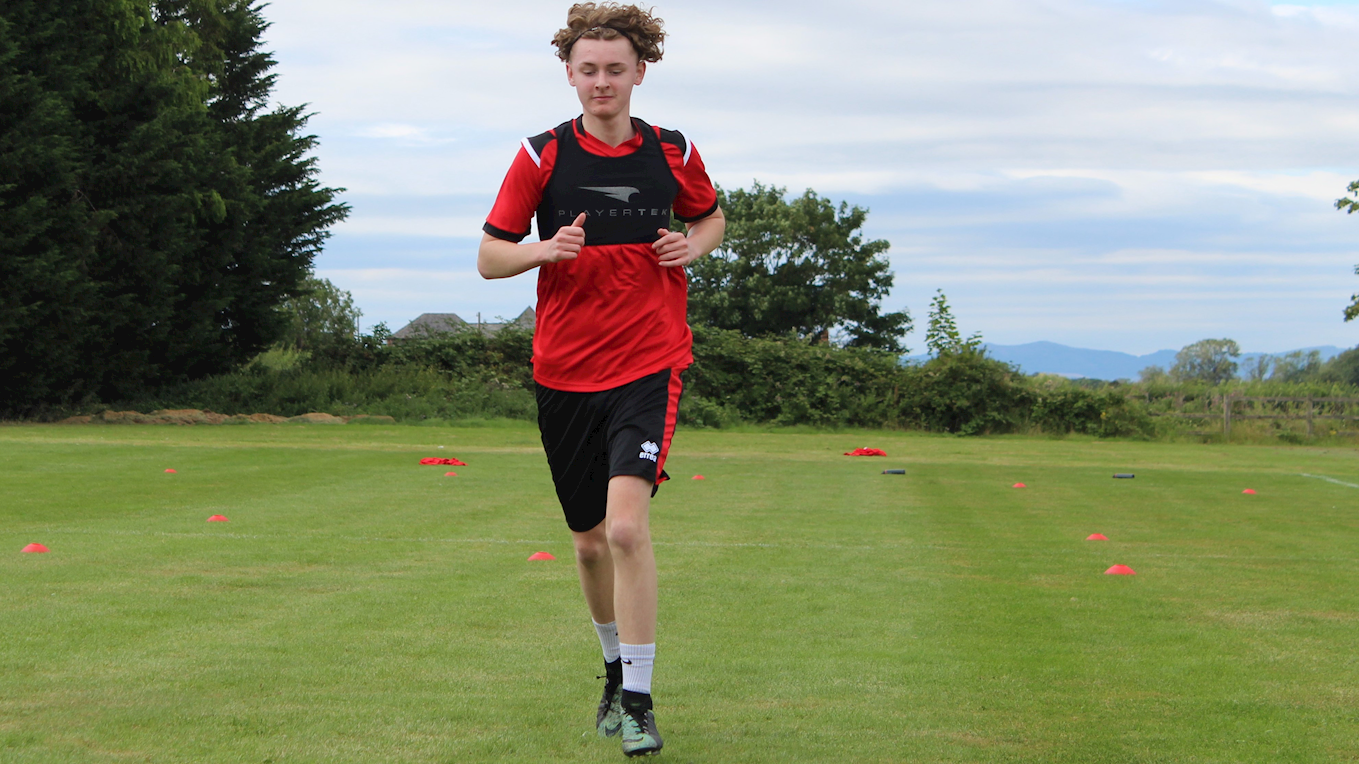 How did you find your time at Bristol Rovers?

I knew a lot of people at Cheltenham when I played for Bristol, so it's strange because I had to travel down all the time. When I was there I obviously wanted to get a scholar there but when I came back to Cheltenham my family were happy I was back and not travelling all the time.

You had a week on trial at Tottenham Hotspur last year. How did that come about and what was it like?

We had a Saturday game, I think we had Bournemouth at home, so we played that game and won I think. I was told a couple of weeks later that Spurs wanted me in on trial. I thought they've got to be lying, it's not true. Then it was true so I was in shock really. I was looking forward to it but I was nervous. It was amazing, a good experience, and I am happy that I went there.

What would you describe yourself as when you're out on the pitch?

I'd say I'm calm, composed, more of a ball player.