The FA Cup comes to the Jonny-Rocks Stadium on Saturday for the first time this season as Cheltenham Town get set to welcome South Shields for the very first time (kick-off: 3pm).

Northern Premier League South Shields will make their first visit to Cheltenham in the first round proper to decide which club will progress into the second round of this season's world-famous competition.

There are no replays in this season's FA Cup, so the winner will be decided on Saturday, in a behind closed doors affair.

You can watch the game online by purchasing an iFollow match pass. Subscribe online to see the action when it gets underway at 3pm.

It's been confirmed that the club's three loan players, Josh Griffiths, Finn Azaz and Tom Sang, have all been given permission to play by their parent clubs, however Azaz is unlikely to feature as he edges closer to fitness.

Sean Long and George Lloyd both miss the game with injury related issues, though Matty Blair could feature on his return to fitness.

South Shields are a club with ambition. In the past four seasons they've achieved three promotions and last season's abandoned campaign looked all but certain to see them achieve another one were it not stopped because of the impact of the covid-19 pandemic.

They reside in the Northern Premier League, three tiers below League Two, and currently sit 6th as they aim to climb into the National League North this season having reached the first round of the FA Cup since their formation in the 1974 this year.

Find out more about the background of Saturday's opponents with our getting to know guide.

They are led by a joint management team of Lee Picton and Graham Fenton. Picton as a player was a two time FA Vase winner with Whitley Bay and he previously served as assistant manager at Blyth Spartans. Fenton is a former top flight footballer who played Premier League football for Aston Villa, Blackburn Rovers and Leicester City. He managed North Shields previously.

Their squad features a number of players with experience at a level above their current position in the pyramid, including a number of individuals who have played previously in the Football League.

Goalkeeper Myles Boney was a part of the set-up at Blackpool a few years ago, appearing a handful of times in the League.

Defensively skipper Jon Shaw is a striker turned defender who played League football for Rochdale and Sheffield Wednesday, Blair Adams represented both Coventry City and Notts County regularly in the League, while Jamie Sterry has featured in the first team at Newcastle United and in loan spells in League One and Two.

Former Carlisle United man Josh Gillies makes up a part of their potential midfield options, as does Phillip Turnbull, who in a seven year spell made over 300 appearances at Gateshead.

When Graham Fenton arrived at South Shields when his time as manager of nearby North Shields came to an end he was jointly appointed to the role alongside Lee Picton who was already in position with Saturday's opposition as a number two.

A one time England under-21 international, he ended his playing days in non-league with Blyth Spartans before stepping into management, initially as a caretaker at Spartans and then with North Shields in 2012.

Picton played non-league football in the north east for the likes of Whitley Bay where he was twice an FA Vase winner with the Seahorses. He moved into coaching when he finished playing and has worked with sides around the north east.

The duo are currently contracted in their roles until the summer of 2023. 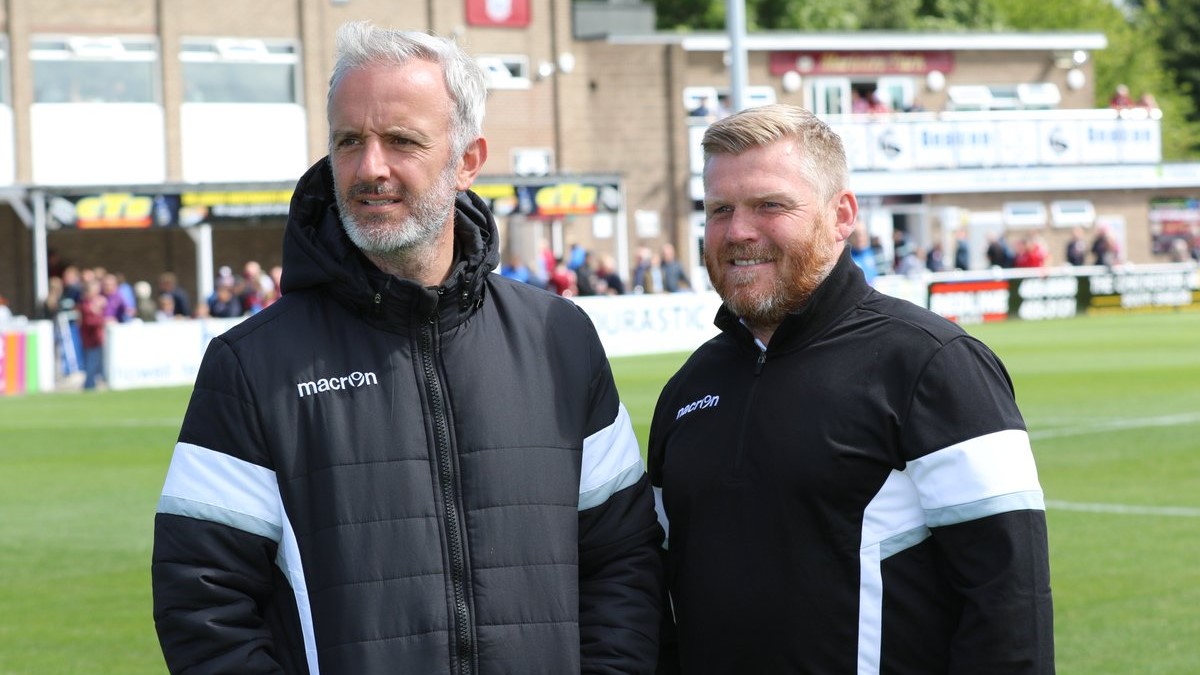 One to watch: Jason Gilchrist

Having recently been out with an injury problem, South Shields are expecting leading goal scorer Jason Gilchrist to be available for Saturday's tie and the 25-year-old England C international will relish the prospect of coming up against Robins boss Duff who was a teammate of his at Burnley's in the early part of his career.

After coming through the youth system at Man City Gilchrist moved to Turf Moor in 2011 and earned himself a professional deal in Lancashire.

He had loan spells at Droylsden and Chester as well as in League Two with Accrington Stanley but never made a first team appearance for Burnley, dropping into non-league to sign for FC United of Manchester.

His goal scoring form earned him a move to Southport who paid a fee to secure his services. He continued to find the back of the net for the Sandgrounders and finally ahead of the start of the 2019/20 season he signed for Saturday's opponents. 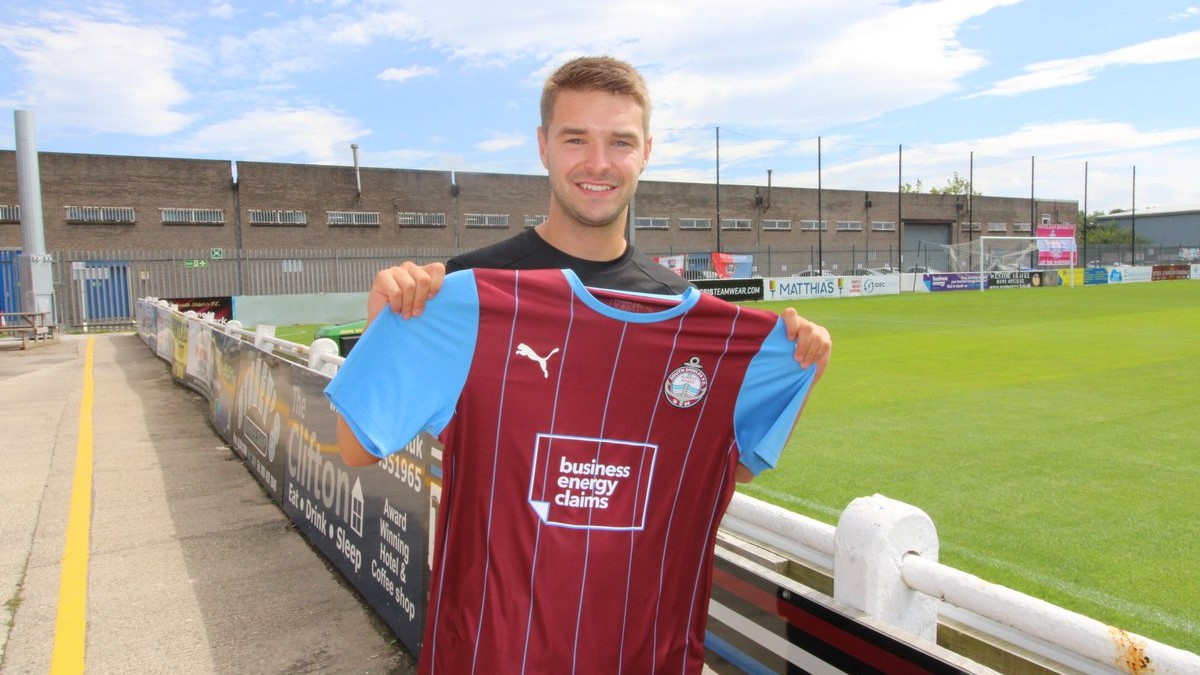 Saturday's match programme is available to buy online through the club shop in either print or digital format.

It's a 12 page edition that features a big interview with Ellis Chapman as the 19-year-old reflects on his memories of his time with hometown club Lincoln City and his time at the Jonny-Rocks Stadium so far.

Michael Duff also previews Saturday's contest, there's an update from around the club and a look at the day's opponents.

You can buy the print version for £1.50 and have it posted to you, or the digital version is available to download for only £1. 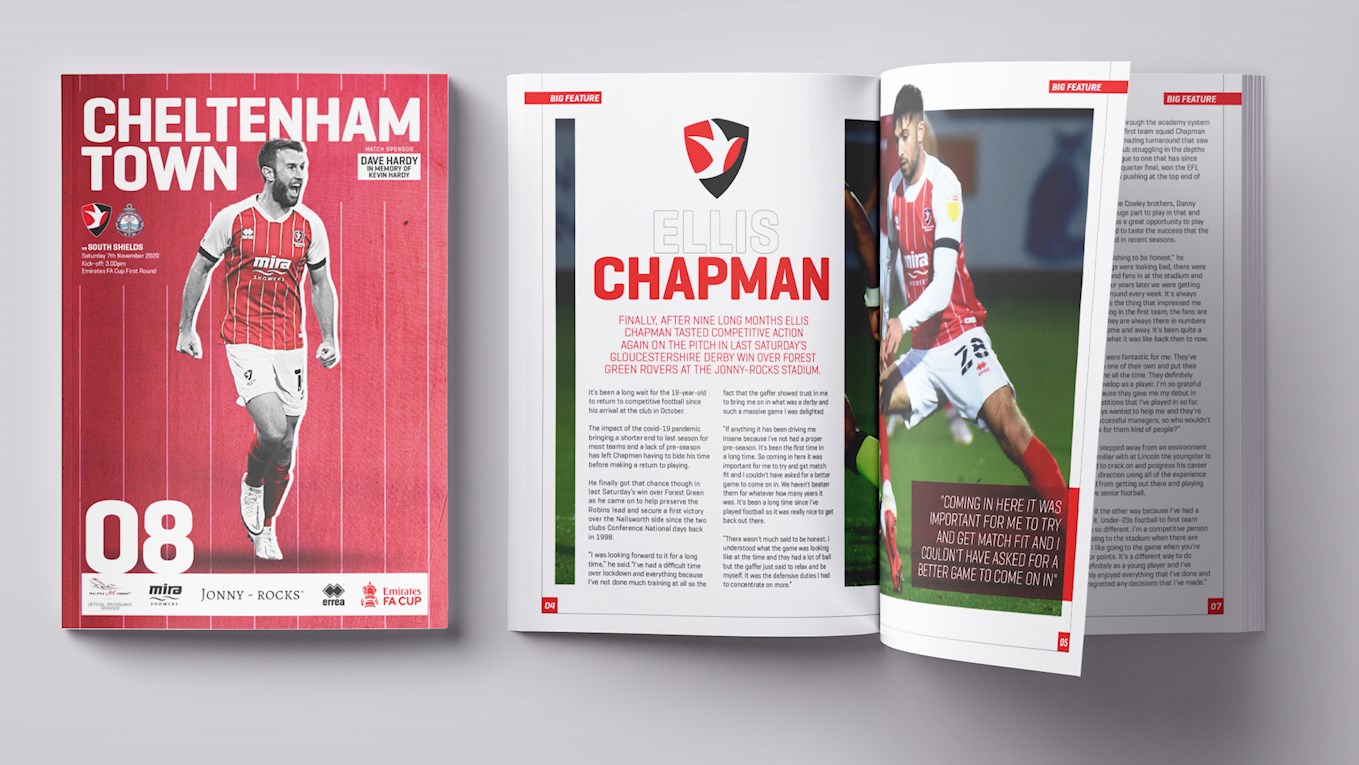 Saturday's game is available to watch online with iFollow. You can purchase a match pass to subscribe to the game and then watch it through iFollow on the club website or by using the EFL iFollow smartphone app.

A match pass is available to buy for £10 and all supporters must purchase a pass to watch the game. It is not available to season ticket holders as part of their ticket package.

The profits from the stream will be split between both clubs 50-50 as per Football Association rules for the FA Cup.

Follow @CTFCofficial on Twitter for team news, match updates, photos and more on matchday for the latest.

After the match you can see a match report on the club website, while there will also be post-match reaction to view too.