This Saturday Cheltenham Town and South Shields meet for the first time in the FA Cup first round.

Though the match is being played behind closed doors it will be a historic first meeting for both clubs as fourth tier Cheltenham face up to a South Shields outfit currently competing in the seventh tier of the English football pyramid.

Ahead of Saturday's meeting we've pulled together a background look at this weekend's opposition who will be dreaming of an FA Cup Football League scalp to add to their ever growing list of recent achievements.

Formed in 1974, South Shields are now playing at the highest level in their history having worked their way through the levels. Before the current club was formed there had been two previous clubs: Gateshead AFC and Gateshead United, who dissolved before the South Shields that remains today.

They started off in the Wearside League before in the mid-90s breaking into the highly competitive Northern League structure.

They won promotion into Northern League One in their first season at that level during the 1995/96 campaign, though were relegated at the start of the millennium, only to make it back into the top tier of the Northern League in 2008, eventually dropping a league again however in 2013.

In 2017 they won the FA Vase at Wembley, defeating Cleethorpes Town 4-0 on Non-League Finals Day live on BT Sport.

After nine matches in the Northern Premier League they sit 6th in the division, missing out on a play-off spot currently because of goal difference.

They head into Saturday's game on a good run of form. They're unbeaten in five in all competitions and haven't conceded a goal in any of those matches.

In the FA Trophy they have made it through to the first round proper after a win over Colne last Saturday.

The influence covid-19 had in causing the abandonment of the 2019/20 season for non-league football had a major impact on South Shields.

They were expected to continue their progress in gaining another promotion up into the National League North for the first time in their history, only for the season to be abandoned when they led the Northern Premier League table by 12 points having played 33 games.

Last season also saw them reach the first round proper of the FA Trophy for the first time where after a replay they exited the competition against National League North Southport having defeated Stalybridge Celtic, AFC Rushden & Diamonds and Stourbridge previously.

Their run to this year's FA Cup first round

Since South Shields formed in 1974, this is the furthest they have got in the competition as they enter the first round proper for the first time.

To get there they won on penalties at league rivals Warrington Town in the first qualifying round and then eased past another fellow Northern Premier League side in Ashton United in the second qualifying round. 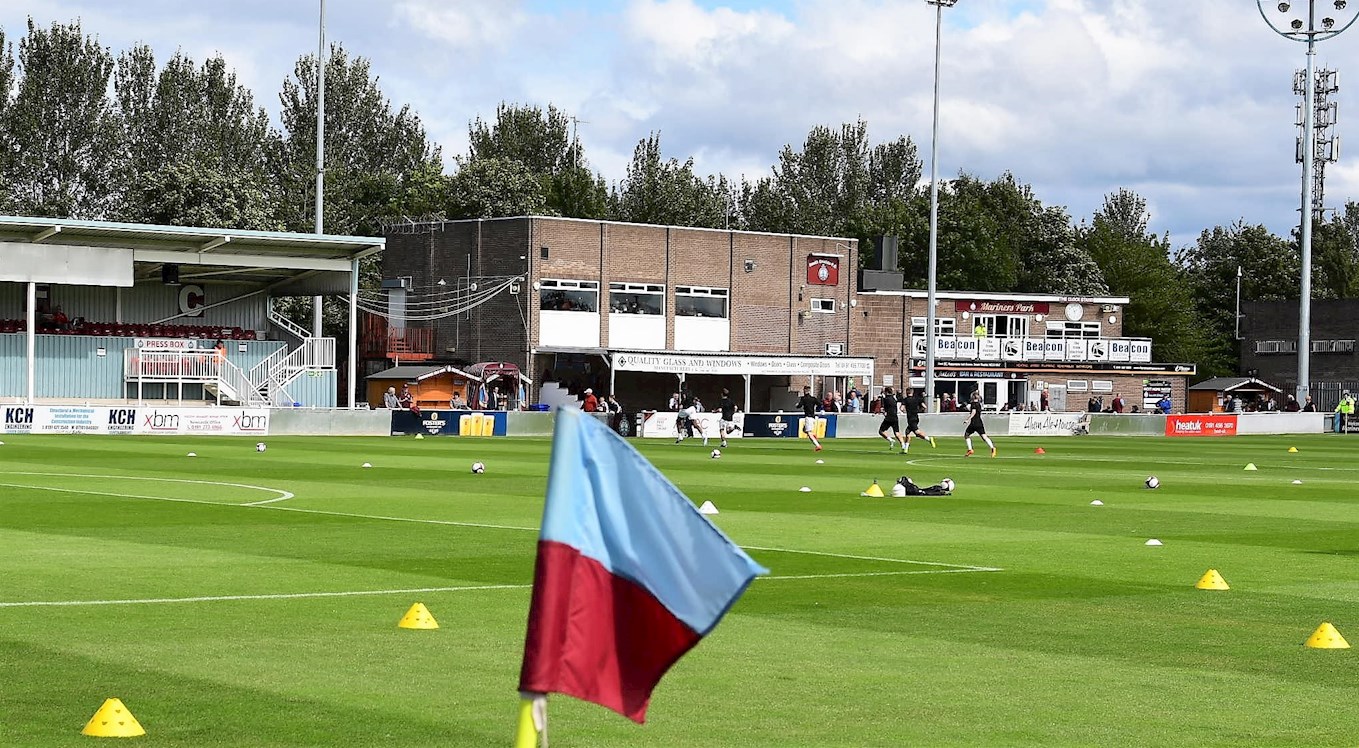 South Shields play at the 1st Cloud Arena which has a capacity of 3,250.

They've been based at the ground since 1992 though ownership issues did see them play elsewhere for a small period a few years ago.

It has a 3G facility adjacent to it and has also previously been called home by the Sunderland Ladies team.

Find out more about the players and management team that we will be facing on Saturday in our match preview here on the club website on Friday.

You can watch Saturday's game online by purchasing an iFollow match pass for £10. Subscribe online to watch the full 90 minutes online.