Cheltenham Town produced another fine performance on their travels to secure victory in Carlisle, their second in 2020.

They became the first team to win the league at Brunton Park this season and more than deserved their maximum haul in Cumbria.

Unlike the recent defeats by Port Vale and Oldham Athletic, the Robins showed their ruthless streak to convert their chances and seemingly carry a two-goal advantage into the interval.

However the Cumbrians halved the deficit in the last action of the opening 45 minutes to make their task slightly tougher after the break.

The second half saw both teams create chances and the Robins had to show plenty of character and resilience in the closing stages to repel the pressure by Carlisle, who threw everything at it to try and protect their perfect home record.

They rode their luck at times and were indebted to Scott Flinders for a fantastic save in the closing stages to preserve the narrow advantage and catapult his side into the top three tonight.

"You can't always be an open, expansive team and I asked the players for a dogged performance," said Michael Duff.

"We showed another side of us today. It's an attritional league so we told that lads to get back to basics. Let's get back to what last season was built on, the horrible part of the game.

"I thought we gave ourselves the platform and I'm delighted with the win."

Duff made three changes to the side that lost at Oldham Athletic last time out, 11 days ago.

Flinders made his return to league action after two appearances in this season's Papa Johns Trophy, most recently on Tuesday evening against Norwich City Under-21s with Josh Griffiths unavailable on international duty with the England Under-20s.

Meanwhile the boss kept faith with Ellis Chapman after his first two appearances for the club against South Shields and the Canaries in the past week. Matty Blair was the third player to come in with Chris Clements and Reuben Reid dropping to the bench. 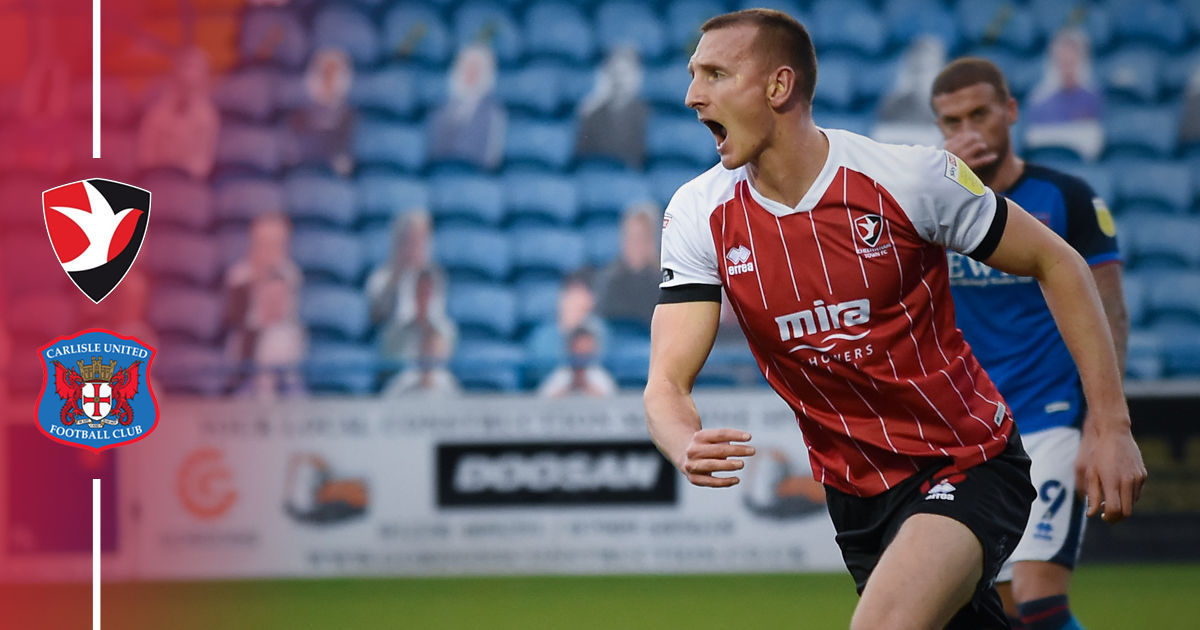 Boyle opened the scoring as early as the 15th minute, meeting Ben Tozer's long throw with a powerful header that Paul Farman, the Carlisle number one, couldn't keep out.

Thomas doubled the lead from the spot nine minutes before the break after Tozer had been pulled down in the box. The cool midfielder dispatched it with aplomb, sending Farman the wrong way and beating him to his right.

The Robins look good value for their advantage at the half-way point but deep into added on time, Jon Mellish picked up a cut back from Omari Patrick and beat Flinders with a scruffy shot from 12 yards out to change the complexion of the contest. 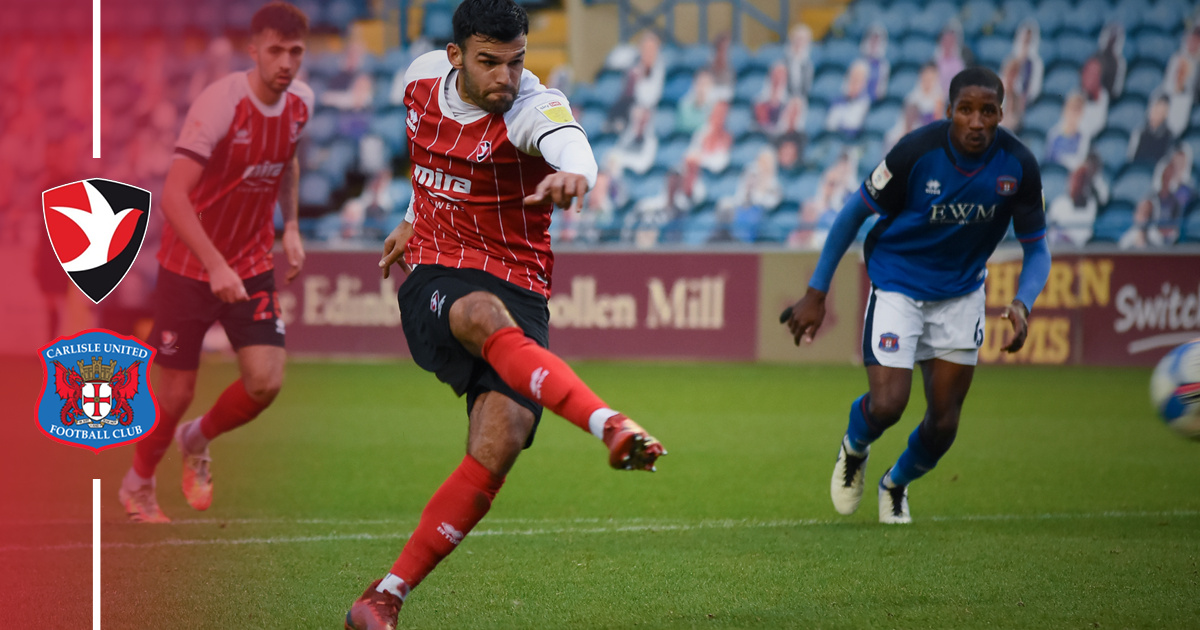 Flinders saved from Joe Riley, shooting from 20 yards, as Duff's side came under some early pressure from there restart.

Some fantastic play by Andy Williams down the right carved a 55th minute chance for Alfie May, who tried his luck from 20 yards but Farman tipped it over.

The game flowed from end to end during the second half with both sides creating opportunities to add to their tally.

May and Patrick exchanged long range efforts with 25 minutes remaining while Tozer's arcing throw caused more problems a few moments later, Charlie Raglan flicking it into the path of Boyle. The defender though couldn't force it over the line from close-range.

The decisive moment of the contest arrived seven minutes from time, Flinders producing a phenomenal save to deny former Robins loanee Gavin Reily from close-range, which amounted to his side's best chance to salvage a point at League Two's most northern venue.