Roger made over 700 first team appearances for the Robins between 1960 and 1975, the vast majority of them in the right-back position. He originally joined the club as a 15-year old in 1955 and finally left Whaddon Road in the mid-1980s having managed the reserve team for several seasons.

In later years he continued to attend games at Whaddon Road as a life vice-president of the club, watching from his customary spot just in front of the directors box.

Roger first signed forms for the colts team in 1955 and represented Gloucestershire Under-18s before signing as a professional in 1958. He made his first team debut against Kettering Town in the Southern League in April 1960 and the following season became a first team regular, making appearances at right-back or right-half.

He was a member of the team that won promotion back to the Southern League Premier Division in 1963-64 and the team that finished fourth at that higher level four years later.

Roger enjoyed two benefit matches for the club - against Derby County in 1966 and Hereford United in 1974 - and captained the first team in seasons 1969-70 and 1970-71. He became a highly respected player in the Southern League and former Gloucestershire Echo reporter Derek Goddard described him as having "one of the best tackles you will see anywhere."

Despite his consistent performances football was very different in the 1960s and 70s and Roger stayed at Cheltenham Town throughout the years while working as a toolmaker at Smiths Industries. There must have been offers for him to join other clubs but he always stayed with Cheltenham Town and played only one first team match on a Football League ground - away to Brighton & Hove Albion in the FA Cup in 1970. In total he started 703 first team matches and scored 23 goals, many of them as a highly dependable penalty taker.

Roger was appointed player-manager of the reserves when they entered the West Midland League in 1975 and continued to serve the club for a number of years, taking charge of the first team as caretaker manager for two games in season 1981-82.

It was around this time that he brought a 16-year old Steve Cotterill to the club having spotted him in a trial match.

"We turned up for a trial at Prestbury Rec and there must have been over 100 kids there," recalled Steve.

"Roger was having to organise it all but somehow he picked out a few players to bring in for the youth team and I was one of them.

"He was a very good coach who knew his stuff and I'm so grateful that he saw something in me as a 16-year old.

"You don't play over 700 first team games without getting to know the game and Roger really knew the game.

"He was quite hard on me and a couple of other local lads at first but it made us better players and he was an unbelievable servant to the club down the years. Nobody will ever make as many appearances as him again.

"I saw him earlier this season and I couldn't believe that he had kept a newspaper cutting of a game in which I scored the winning goal as a teenager in the reserves. It just shows how much he cared about the club and how proud he was of everything.

"With Roger and Jasper Cook having gone in the last couple of weeks it's a very sad time." 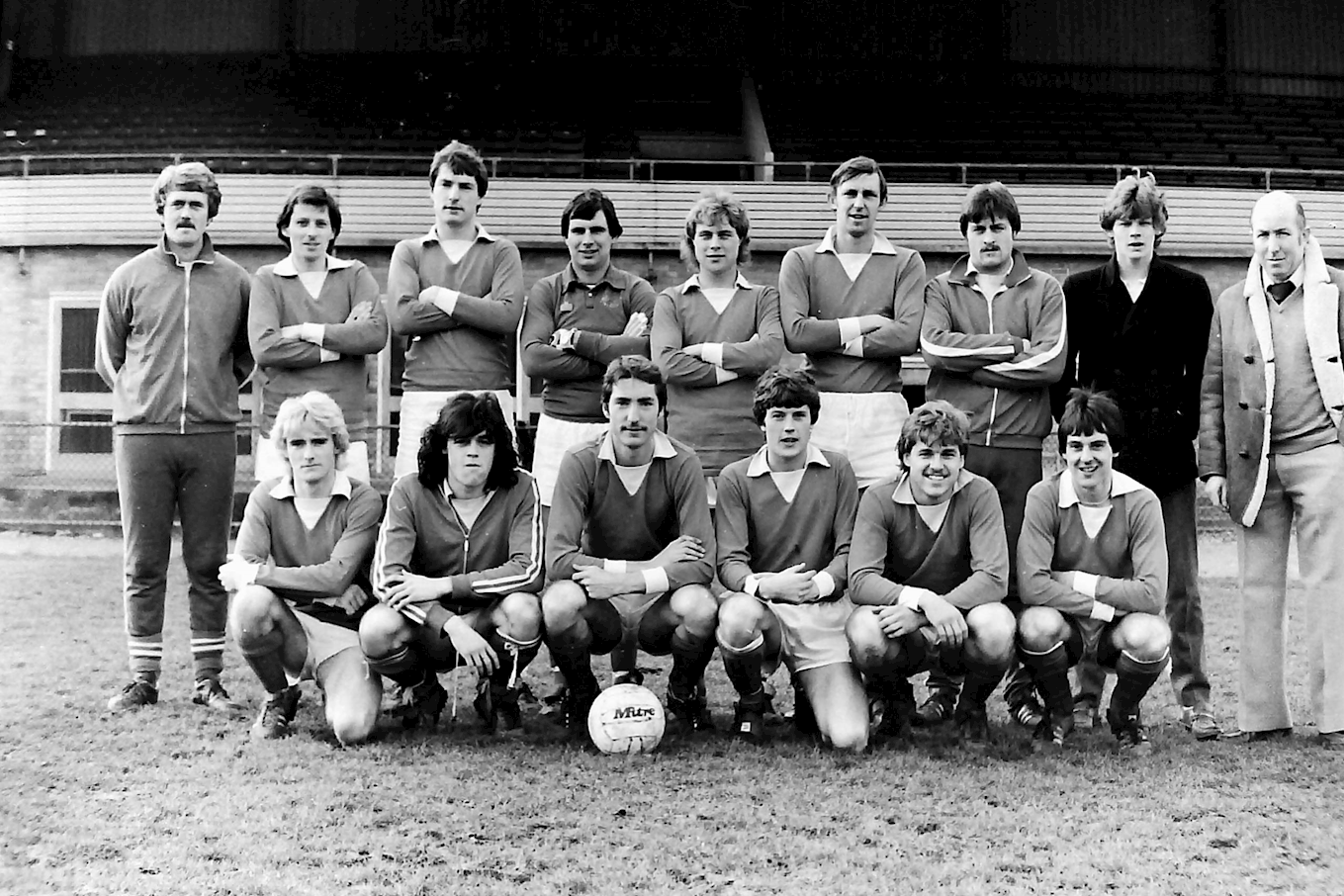 Roger photographed back row, far right, next to a young Steve Cotterill

Current Cheltenham Town director and former manager John Murphy also has Roger Thorndale to thank for bringing him to the club.

"Roger was given the job of finding some local players for the team and he came to see me play for Bishop's Cleeve," said John.

"He recommended me to the manager Denis Allen and I went from having watched Roger Thorndale for many years to suddenly playing alongside him.

"He was an incredibly consistent player, very loyal and very reliable. You knew players wouldn't get past him because although he wasn't the quickest, he had a good football brain and very good positional sense.

"After he stopped playing he ran the reserves for a number of years and continued to put everything into it.

"I had spoken to him a number of times at matches this season and I know how much he had enjoyed watching the current team. He thought it was one of the best he had seen at the club and it's a real shame that he didn't get the chance to see how things would turn out this season."

Our thoughts and prayers are with Roger's family and friends at this sad time. 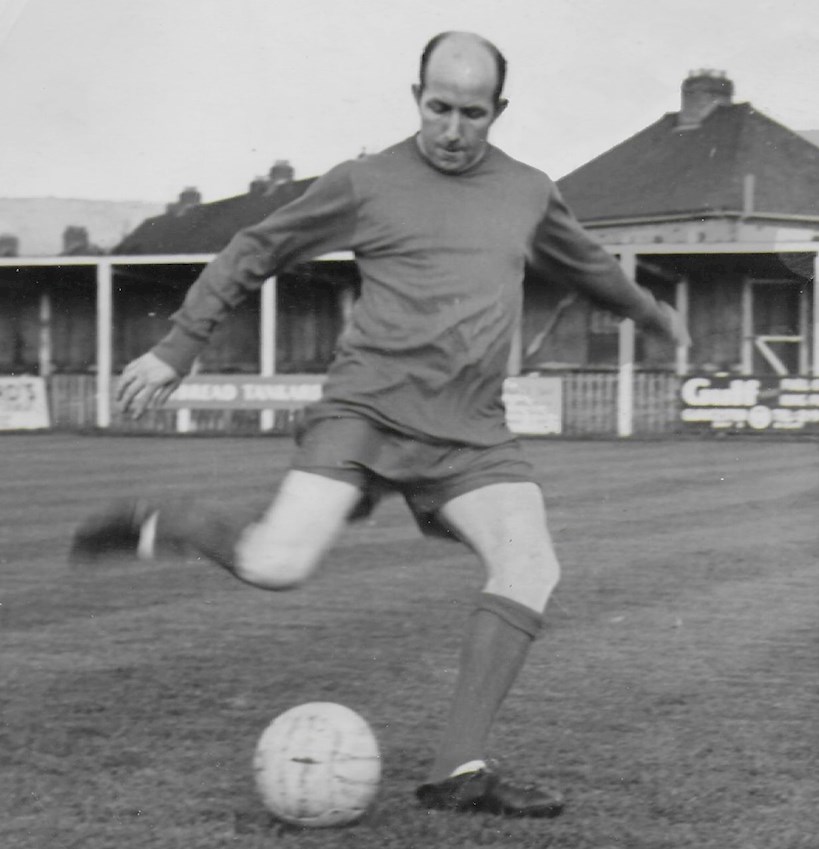