The 2019/20 Cheltenham Town squad has seen two of its members earn full international honours while representing the Robins in League Two this season.

Dan Bowry and Jonte Smith have pulled on their countries shirts on the worldwide stage in the past few months to become the latest Cheltenham Football League players to earn international honours.

We've been taking a look at some of the other players who have represented the club and their country during their time at the Jonny-Rocks Stadium, before arriving at the club and after too.

International call ups while at Cheltenham:

The before mentioned Dan Bowry and Jonte Smith have both earned international caps while on the books at Cheltenham this season.

Bowry has picked up four caps for Antigua & Barbuda in their CONCACAF Nations League Group B campaign - scoring the winner in their final fixture against Aruba in a 3-2 win back in November.

Smith meanwhile is the most recent international appearance maker for the club. After turning down a number of opportunities to represent his country during his first few months in Gloucestershire in an attempt to nail a place in Michael Duff's squad, he appeared in Bermuda's 2-1 friendly defeat in Jamaica just days before lockdown for the coronavirus pandemic came into force. 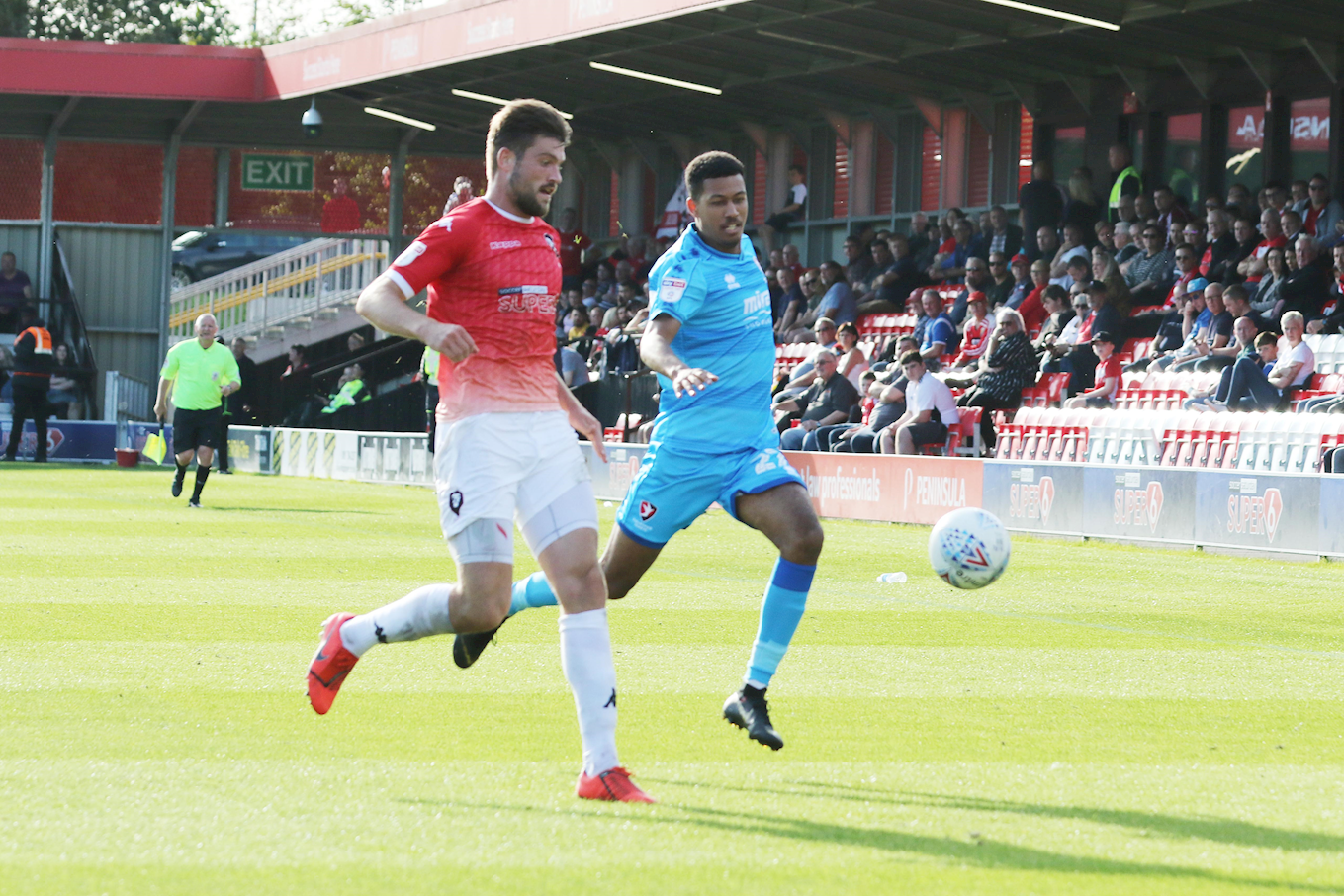 Duff himself became a full international while still a Cheltenham player. During the 2001/02 season he earned his first senior cap with Northern Ireland under the management of Sammy McIlroy in a 4-1 away friendly defeat to Poland.

He went onto earn 24 caps for the Green and White Army, playing in famous World Cup and European Championship qualification wins over England and Spain, and in matches against the likes of the Netherlands, Switzerland and Sweden.

A teammate of Duff's in the Northern Ireland set-up while also on the books at Cheltenham was midfield man Grant McCann. Now manager of Hull City, McCann made 39 appearances in total for Northern Ireland and saw the early part of his international career come to fruition while initially on loan at Whaddon Road from West Ham United until his move to Gloucestershire was made permanent. 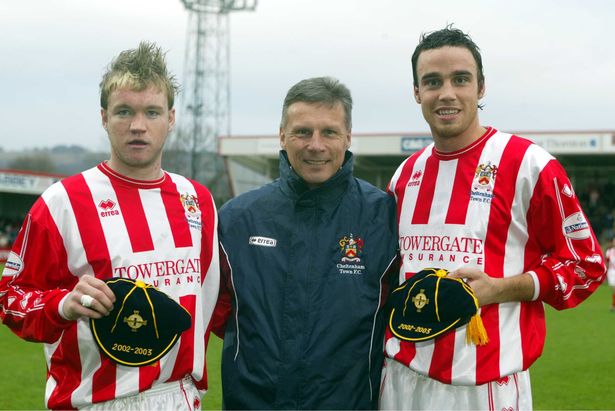 There have been a number of players who have represented the club in the Football League who have gone onto play at senior international level. Unsurprisingly many of those players initially came to the club on loan.

Since their loan spells at the Jonny-Rocks Stadium in the 2017/18 season both Joe Morrell and Joe Rodon have gone onto play under Ryan Giggs in the Wales set-up, helping the Dragons qualify for the upcoming European Championships. 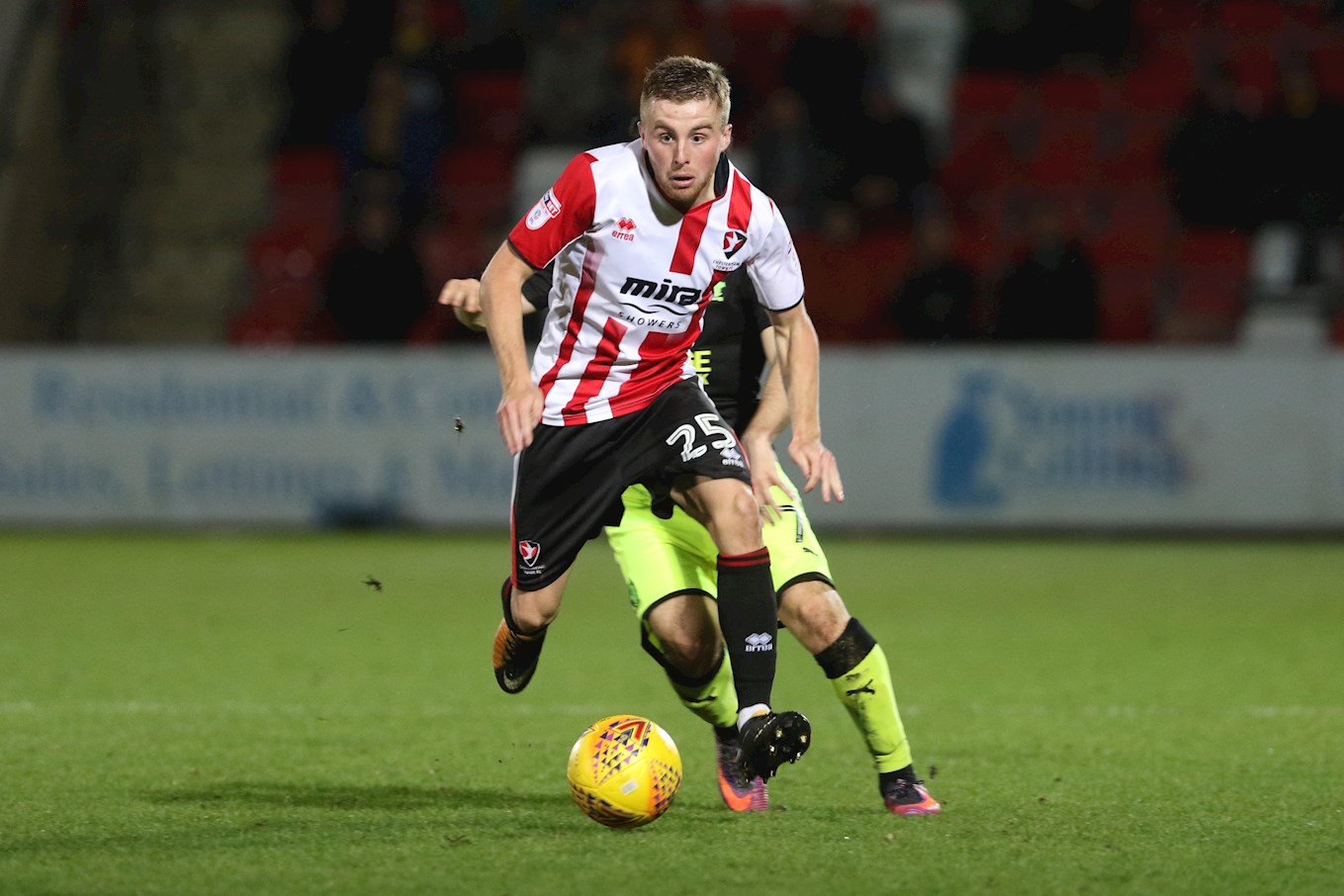 Perhaps one of the most famous former Robins to make an impact on the international stage is goalkeeper Jack Butland. Since his loan from Birmingham City the Bristol born stopper has gone onto earn 9 caps for England. He also represented Great Britain at the 2012 London Olympics.

Among those permanent Cheltenham players to play internationally after spells at the club defender Daniel O'Shaughnessy has appeared for Finland, although he had earned his first cap before his spell with the Robins. Marley Watkins has gained international honours with Wales having started his senior career at Cheltenham.

Former striker Kayode Odejayi earned a call up to the Nigeria squad a year after he was sold to Barnsley, appearing in a friendly draw with Austria in Graz as a substitute for Nwankwo Kanu. Trevor Carson is another from the Cheltenham alumni to make international appearances for Northern Ireland, while Omari Sterling-James has played for the Carribean island of Saint Kitts and Nevis. Craig Braham-Barrett has played internationally for Montserrat since 2018.

From the loanees to play for the club in the Football League who have gone onto play internationally, defender Michael Hector has represented Jamaica since his loan from Reading in 2013. Jonny Hayes, now at Celtic, has turned out for the Republic of Ireland, and Chris Iwelumo has played for Scotland. 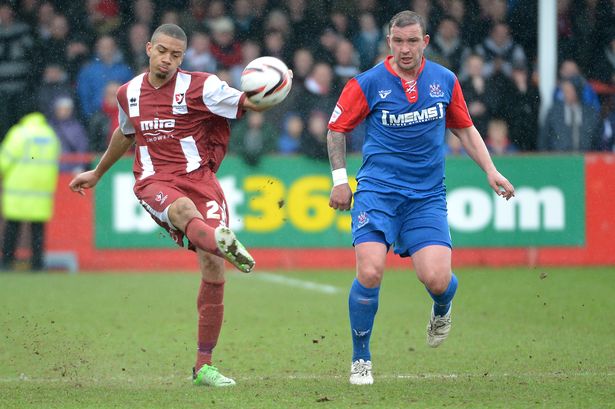 Oliver Bozanic has represented Australia after his loan at Cheltenham in 2009 in a club career that's also taken him to Switzerland, Japan and Scotland. Hólmar Örn Eyjólfsson has represented Iceland on the world stage and was in their 2018 World Cup finals squad though he was an unused substitute in all of their Group D matches in the tournament.

One time Bristol City loanee Bobby Reid has played for Jamaica since 2019, Sam Cox is now captain of Guyana and in 2019 helped them qualify for the CONCACAF Gold Cup for the first time. Another ex-Bristol City loanee, James Wilson, made his Wales debut just a few days after his loan came to an end at Cheltenham in October 2013 in a 1-1 away World Cup qualifier with Belgium. Greg Goodridge spent time on loan at the club in 2001 and has played for Barbados.

Andrija Novakovich spent time on loan with the Robins during the 2015/16 National League title winning campaign from Reading. He now plays for Frosinone in Serie B, the second tier of Italian football, and has earned three international caps for the USA. Some reports claim Craig Dobson played for Jamaica shortly after leaving the club however it's unsure if he was an unused substitute on his one involvement with the Reggae Boyz.

A number of arrivals at the club had already earned international honours for their countries before arriving at Cheltenham.

Forwards Lloyd Owusu and Elvis Hammond had previously turned out for Ghana before transferring to the Robins, while midfield loanee Jake Thomson had Trinidad & Tobago caps on his CV.

Defender Drissa Diallo had played for Guinea before he'd moved into the English game and March 2007 loan signing Dénes Rósa had turned out for Hungary.

Barry Hayles had played for Jamaica earlier in his career while on the books at Fulham, and defender David Pipe, who joined the club on loan from Bristol Rovers, had a Wales cap to his name. 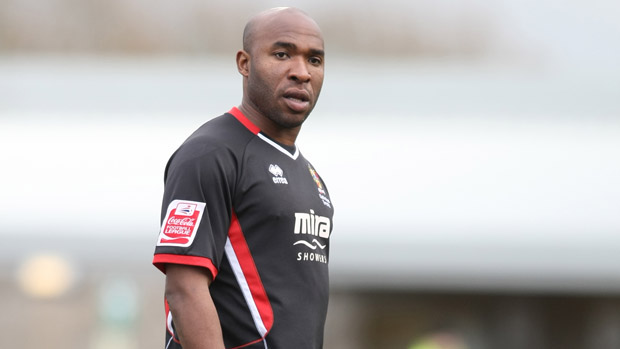 More recently midfielder Carl Winchester had appeared for Northern Ireland before arriving at the club. Central defender Alan Bennett also earned international honours with the Republic of Ireland before he transferred to Cheltenham.