In 35 League Two appearances for Cheltenham Town this season Charlie Raglan has helped the team to 12 clean sheets.

The central defender has been a key part in a defensive set-up that's conceded only 27 times in 36 league fixtures overall.

It's a defensive performance that's been key in helping the Robins achieve a 5th place position heading into the final ten games of the season and a record the team will be aiming to maintain if they are to be right up there come the end of April.

"We've not conceded many goals and you probably look at the results and we've won quite a few by the odd goal," Raglan said.

"They're not flukes - we have a good defensive record and we work on it. We are proud of it and we hope that carries on from now until the end of the season.

"It comes from confidence throughout the season. At the stage we're at in the season we've got 30 odd games behind us where we know that's the situation. If things aren't going our way we can stay in the game and we're always in the game.

"In the past if things weren't going ideally for us we'd more than likely fall on the wrong side of the result. Whereas this season especially when you're up against an opposition that are trying to stop you doing what you're good at, just like we're trying to stop them, if things aren't going our way we can still find other things that are going to work for us.

"If we're not passing the ball 600 times and getting loads of chances then we're going to make sure we're really solid at the back and through the spine of the team - that's what has worked for us this season and got us results."

Since new goalkeeper Owen Evans arrived at the club to replace the injured Scott Flinders on a loan deal until the end of the season the Welsh shot-stopper has kept four clean sheets himself.

Raglan feels the team have got used to having a different goalkeeper in place very quickly after a bad injury against Oldham Athletic forced Flinders to have surgery on a broken leg and miss the rest of the campaign. 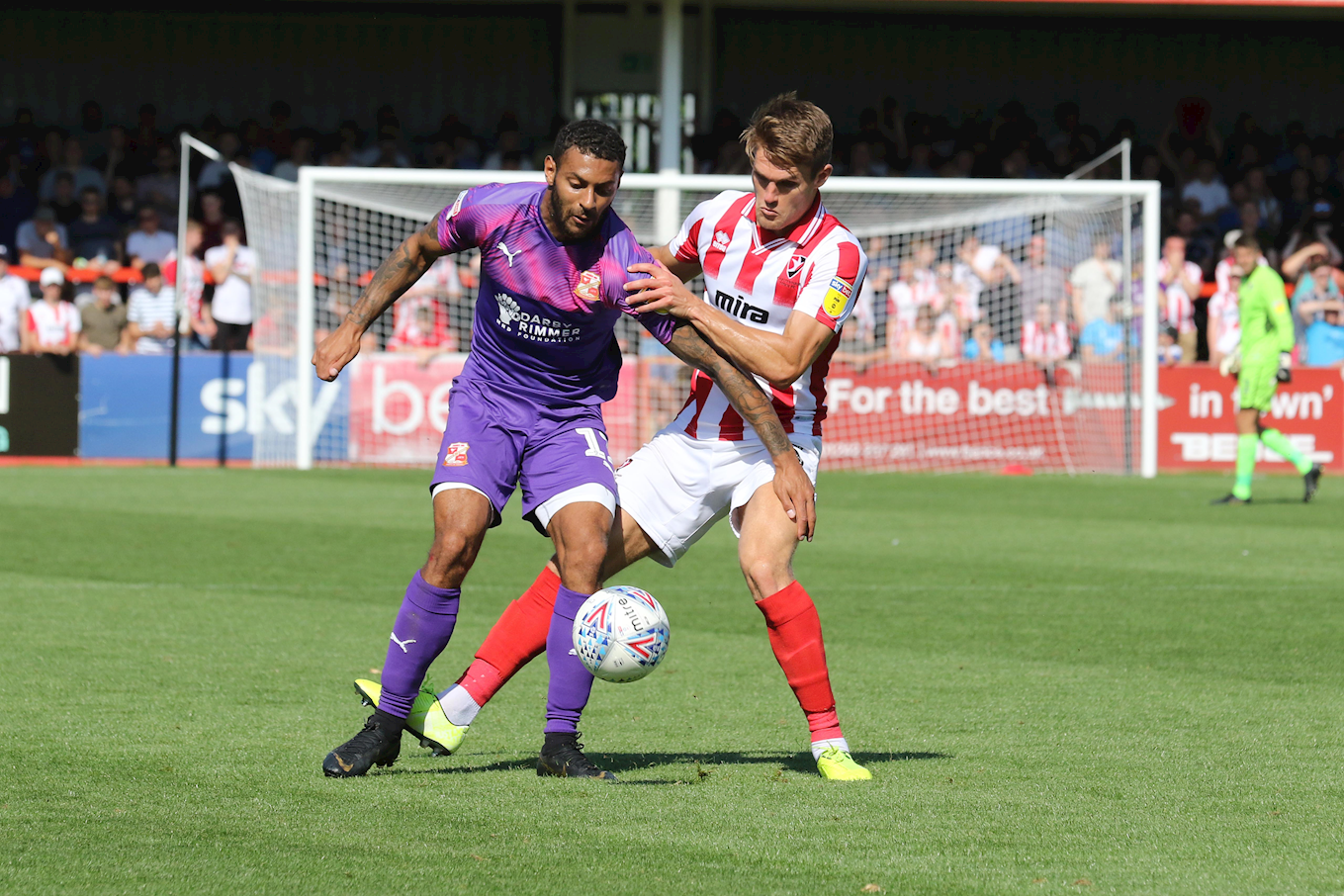 "It was pretty seamless," Raglan describes the change of having Evans in goal. "It was coming up to a year of me playing with Scott Flinders so you know each other pretty well on and off the field. Things were going great when Scott was playing so it was so unfortunate that he had the injury he had. Owen has come in and he has a job to do and he's come in and done it. Just like Scott he gets on with everyone away from football and it's easy to play with someone like that.

"We're known as a pretty fluid passing team although we are solid defensively as well throughout the whole team. We don't tend to overplay in any situation, even when Scott was there and when Owen is there. We try not to be silly even though we want to pass around and pass around at the back - that includes Owen as an outfield player if you like. He's good at the basic job of a goalkeeper but his kicking and passing are definite strengths. He's got a really good career ahead of him."

It's now 14 months since Raglan has been part of the makeup of the Cheltenham squad. Initially the 26-year-old signed on a loan transfer from Oxford United, an agreement that was made permanent with a two-year contract last summer.

He's enjoying life at the club having also moved to the town and is contracted until the summer of 2021.

"I love it. I'm really settled. I've got a good view of the racecourse and going into the town on days off there are plenty of coffee shops, restaurants, and things like that. I'm fortunate that since I left where I'm originally from I've lived in two really lovely areas of the world in terms of Oxford and Cheltenham. I'm fortunate and happy with how things have gone."

Raglan is gearing up to be a part of the Robins squad that travels to Cambridge United on Saturday for the team's next League Two fixture.

Supporters can purchase tickets and away travel for the trip to the Abbey Stadium from the ticket office on Thursday and Friday between 10am and 3pm.

Tickets are also on sale for Tuesday night's visit to Macclesfield Town, while tickets for the match at Forest Green on 28 March go on general sale on Thursday morning too.