Will Boyle's return to the Cheltenham Town starting XI has coincided in a six match unbeaten run that's included five wins and one draw.

He was handed a start in the gritty 1-0 win over Carlisle United in mid-February and hasn't looked back, helping the team pick up 16 points out of a possible 18 after Saturday's goalless home draw with Port Vale.

The popular central defender has encountered an indifferent season personally where he has made 17 appearances in all competitions.

He played the first match of the season back in August at Leyton Orient unknowingly with a calf injury that worsened over the course of the game and kept him out for nearly two months.

The introduction and quality shown by talented loan youngster Jacob Greaves has seen him spent much of the campaign on the bench with the occasional appearance - so as much as his season has really got going in the last few weeks it's been a frustrating wait.

"I've had a little spell in and out where I played a few games but didn't actually have a sustained period in the team. Now I've played the last six and it's been good being back in it every game," he said.

"I think it's tough for any footballer, it's not easy because it's what you get paid to do. Sometimes you can almost feel not a fraud but like you're not contributing as much as you want to be.

"I think I've tried to react in the right way. I certainly know I haven't been negative around the lads and it hasn't affected them in that way. I've tried to be as positive as possible and still have an input where I can. I feel like I've been okay."

Michael Duff has spoken positively in public of Boyle's attitude when it's come to the patience he's had to show while out of the side, and Boyle hasn't felt the need to knock on the gaffers office door.

"He speaks to you really," he adds. "To be fair he's been great with me. I'd still go about it the same way either way. The manager recognised the way I approached it and he has highlighted that as being a positive in front of the other lads so that's always nice when you get a bit of recognition for doing things properly." 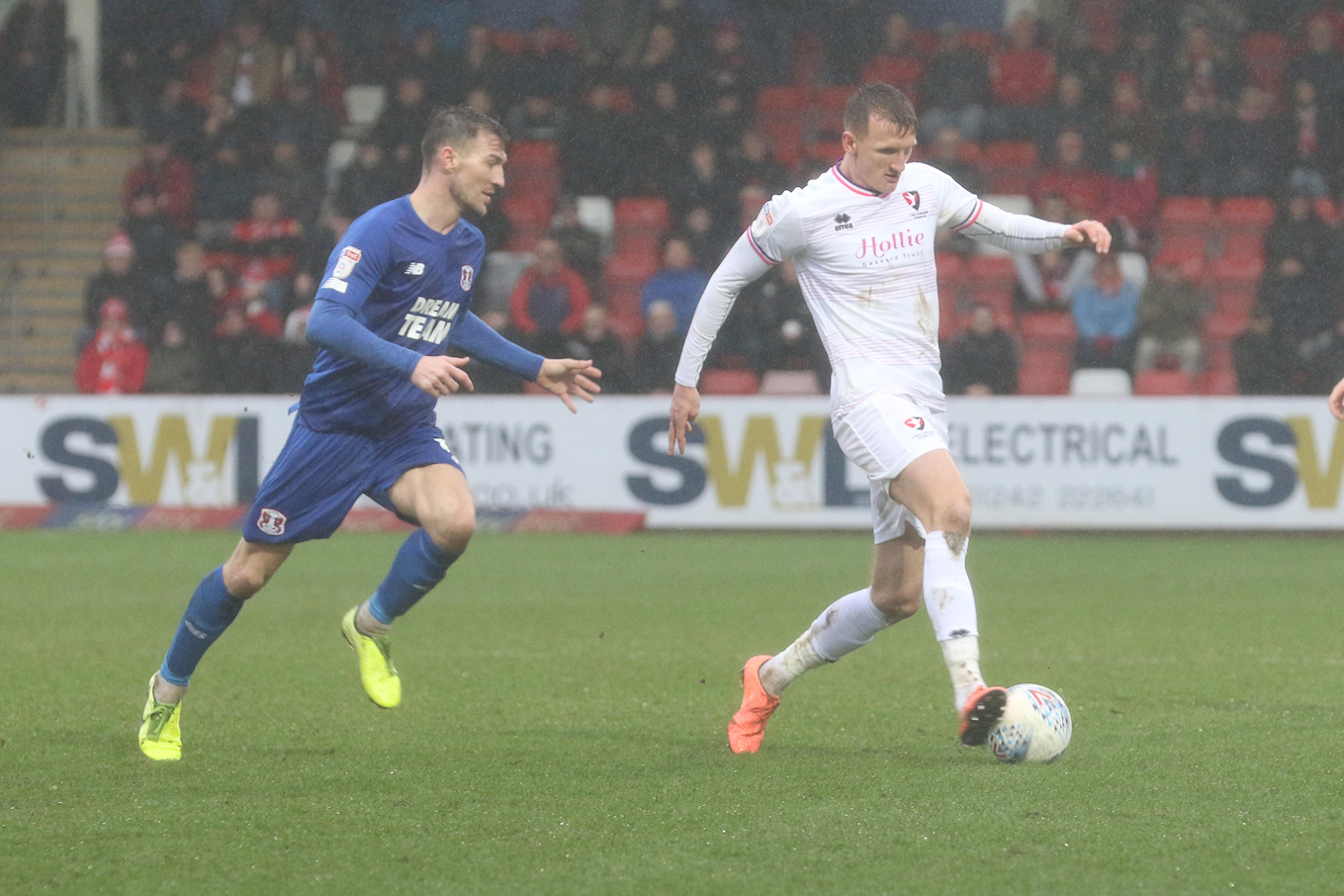 The former Huddersfield Town man has slotted into a defensive set-up that has boasted the best goals conceded record in League Two this season.

In the last six games he's helped the Robins to four clean sheets but he's keen to highlight it's not just the defenders and goalkeepers who have been keeping the ball out of the back of the Cheltenham net.

"We definitely take pride not just in as a defensive unit but as a team. It starts from the front. The amount of work that the strikers do won't get recognised from people who aren't within the club and the team. The work they are doing is so important which allows us then to do our jobs as well.

"That goes for the strikers, the midfielders and obviously the defence as well. It's something we definitely take pride in and it's worked well for us so far - we've got a very good goals against record."

One of the longest serving members of the squad, the 24-year-old is enjoying being part of a Cheltenham team looking forward rather than worrying what could be happening the other way.

"I've been here two-and-a-half seasons so this is my third full season. When I joined in January we were fighting relegation, the season after was pretty similar really, and then mid-table.

"We were always looking over our shoulder but especially now we're looking up and we're looking to be top of the table - that's where we're aiming. It's definitely a much better challenge and a much more positive challenge."

The defender will be looking to be involved again on Saturday when the Robins head east to Cambridge United.

Kick-off at the Abbey Stadium is at 3pm and tickets and away travel are on sale in advance for the match from the ticket office on Thursday and Friday between 10am and 3pm.

Supporters can also purchases tickets and away travel for the game at Macclesfield Town on Tuesday and at Forest Green on Saturday 28 March.