Tom Nichols is hoping his loan spell at Cheltenham Town will prove to be a memorable one as he looks to help the Robins earn promotion to League One.

The attacker moved to the Jonny-Rocks Stadium on transfer deadline day on a loan agreement from Bristol Rovers where he had made over a hundred appearances in all competitions since signing in the summer of 2017.

He's been looking back at his time at Rovers, and some of his other spells at Exeter City and Peterborough United, while explaining why he thinks this Cheltenham team has every chance of going up this season.

Now you’ve had a chance to settle into the squad what do you think this team is good at?

Everyone knows their job. We’re very well organised, defensively really solid but we’ve got a good plan attacking wise. Everyone knowing their job is a real big strength I’d say.

In terms of your season you spent the first half of it at Bristol Rovers and now are here at Cheltenham. How would you describe your season so far?

Up until the old manager left to go to Mansfield we were fourth in League One and I’d just scored to beat Ipswich away so it was going really well and I was playing most weeks. I was having a good season there and the team was doing well. The new manager took over and I didn’t feature as much and now I’ve come here. It’s exciting now, I’ve not had a play-off campaign in my career so hopefully we can continue the run and stay towards the top of the league.

When you look back at your time at Rovers how do you assess your time there?

I learnt a lot there. I met some good people. I try not to look back too much to be honest, I want to look forward now and look forward to helping Cheltenham stay up near the top of the league.

How did you find working with Darrell Clarke as he was the manager responsible for bringing you in?

I’ve got a lot of respect for Darrell. I enjoyed working for him. It’s tough when you go on a bad run of results and then the manager loses his job which was a shame. I think Darrell is a great guy and he brought me to the club so I’ll always be grateful to him for that. 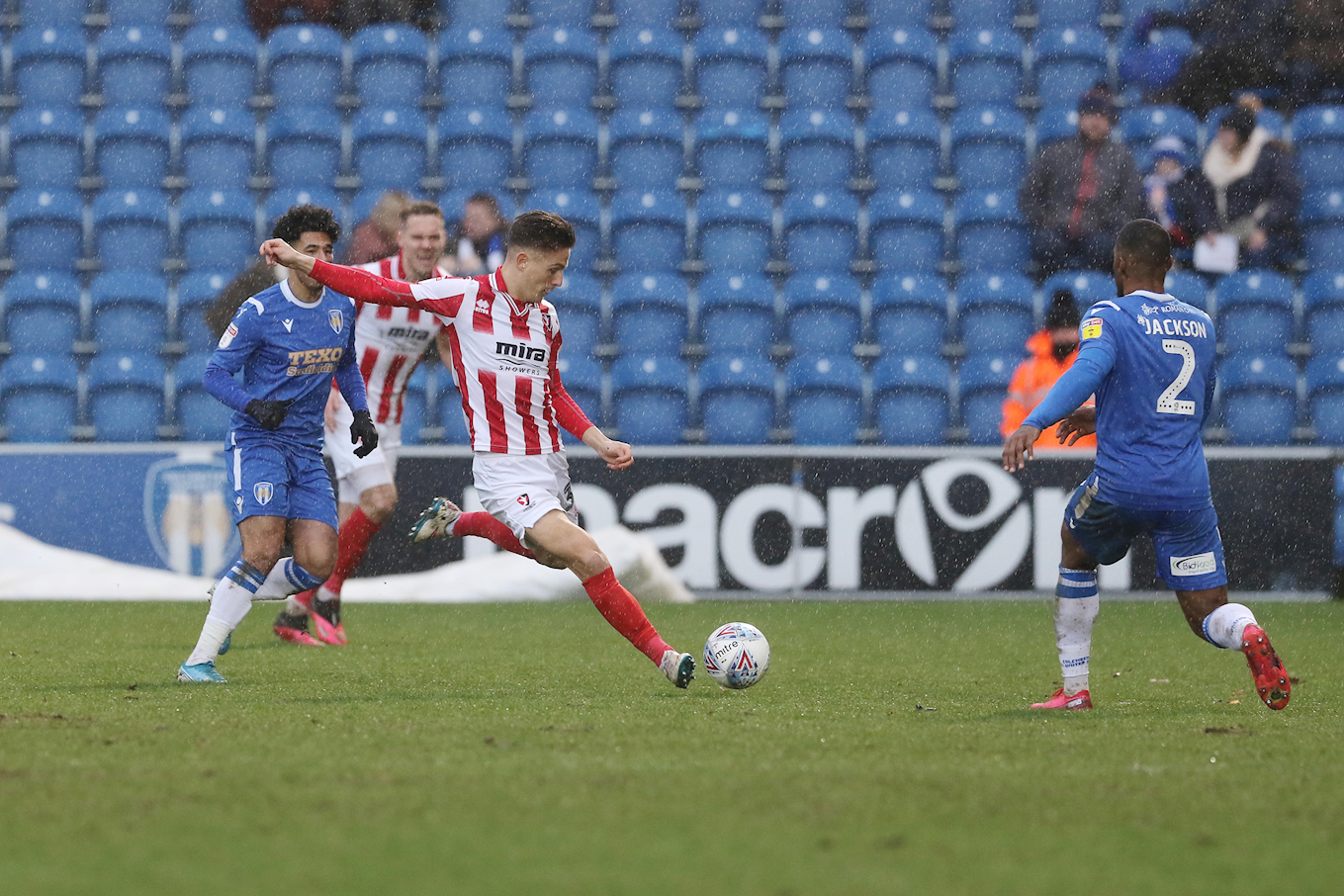 Graham Coughlan replaced Darrell as manager at Rovers. How did you find working with him and what was it like when he progressed from being the first team coach to being the manager?

When he first took over it took me a little while to get in his team. I was in and out last year quite a bit. But then this season he really understood my game and I understood him more. I was playing and got on pretty well with him in the end.

What did you think Graham Coughlan was good at when it came to him being a manager?

He had his team very organised – we were defensively very solid. Our defensive record was really good. We had a game plan and we stuck to it and it was working very well.

You came through the ranks at the start of your career at Exeter. That must have been a special time?

I loved my time there. I broke in when I was 17 or 18 and played a few games and did well and then went off the boil for a year or so. I was quite close to getting released there once upon a time because I went right off the boil. I worked my way back into the team and went onto play some games and score some goals so I’ve got great memories from there.

Would you say Exeter is the right club if there was any club at this level to progress through the youth team given their record of doing so?

Absolutely. They’ve got umpteen players who have progressed through that team and gone onto bigger and better things. They’ve made loads of money off certain players like Ollie Watkins, Matt Grimes and Ethan Ampadu. There is a long list. That is a great club for young players to grow.

You had lots of highlights when you were there. You played against Liverpool twice and scored on one occasion against them too?

I would probably that was my greatest memory there, that and my debut away at Sheffield Wednesday. The Liverpool game will always stay with me. I played the first game and we drew 2-2 then went to Anfield and lost 3-0 there.

A lot of people have respect for Paul Tisdale and what he achieved at Exeter. How did you find his management style?

I enjoyed working for him. When I was having my down period we didn’t get on that well when I wasn’t playing and wasn’t really involved. I bought into what he wanted me to do a lot more and then I started playing and ended up getting a move off the back of it. I speak very highly of him as well.

What was your move to Peterborough like when you know there is a team interested in you and it’s at a higher level?

It was a strange one really. That one came out of the blue in that window. There were a couple of other clubs that got mentioned and were on the radar but that one wasn’t one of them. I got a phone call I think it was on the Friday saying the deal is done with Peterborough so I went straight up there and got it sorted.

How did you find making that move because so often in football it’s a very sudden change?

It was a lot different. I had been Exeter since I was 11 and it was a long way away as well. It was different but you get used to it quite easily in the end.

What’s it like joining a club on loan like Cheltenham that has something to fight for and chase?