First year scholar Toby Lawrence is hoping to build on an excellent first season at Cheltenham Town ahead of the second year of his scholarship in the 2020/21 campaign.

Lawrence was one of few first year scholars to link up with Pete Haynes' under-18s team who joined from a club away from the Jonny-Rocks Stadium for the current season.

His performances for the under-18s have been excellent on his arrival with the Robins, and his showings in this season's FA Youth Cup run which ended with a penalty shootout defeat after a clean sheet against Arsenal were very impressive.

He recently sat down to explain how his move to Cheltenham came about, how he's found his time at the club so far, what he feels his strengths are and how he's found life away from home.

You are well into the first year of your scholarship at Cheltenham. How have you found your first year?

How did you end up getting a scholarship at Cheltenham?

I didn’t get offered a scholarship at Bristol Rovers and got a phone call from Pete (Haynes) not long after asking if I could come for a trial day. I came along and they offered me a scholarship not too long after and ever since then I’ve been here.

What has all of your football experience involved previously?

I was at Bristol Rovers since I was under-7s. I was there for a while. I played for a local club at under-6s but it was Bristol Rovers all the way through to under-16s.

Was that quite hard then being let go by them?

It was hard being let go knowing you’ve put everything in to get that far. You think you’ve had a chance after being there that long but it was tough. I am happy here now and don’t have any sad feelings anymore. 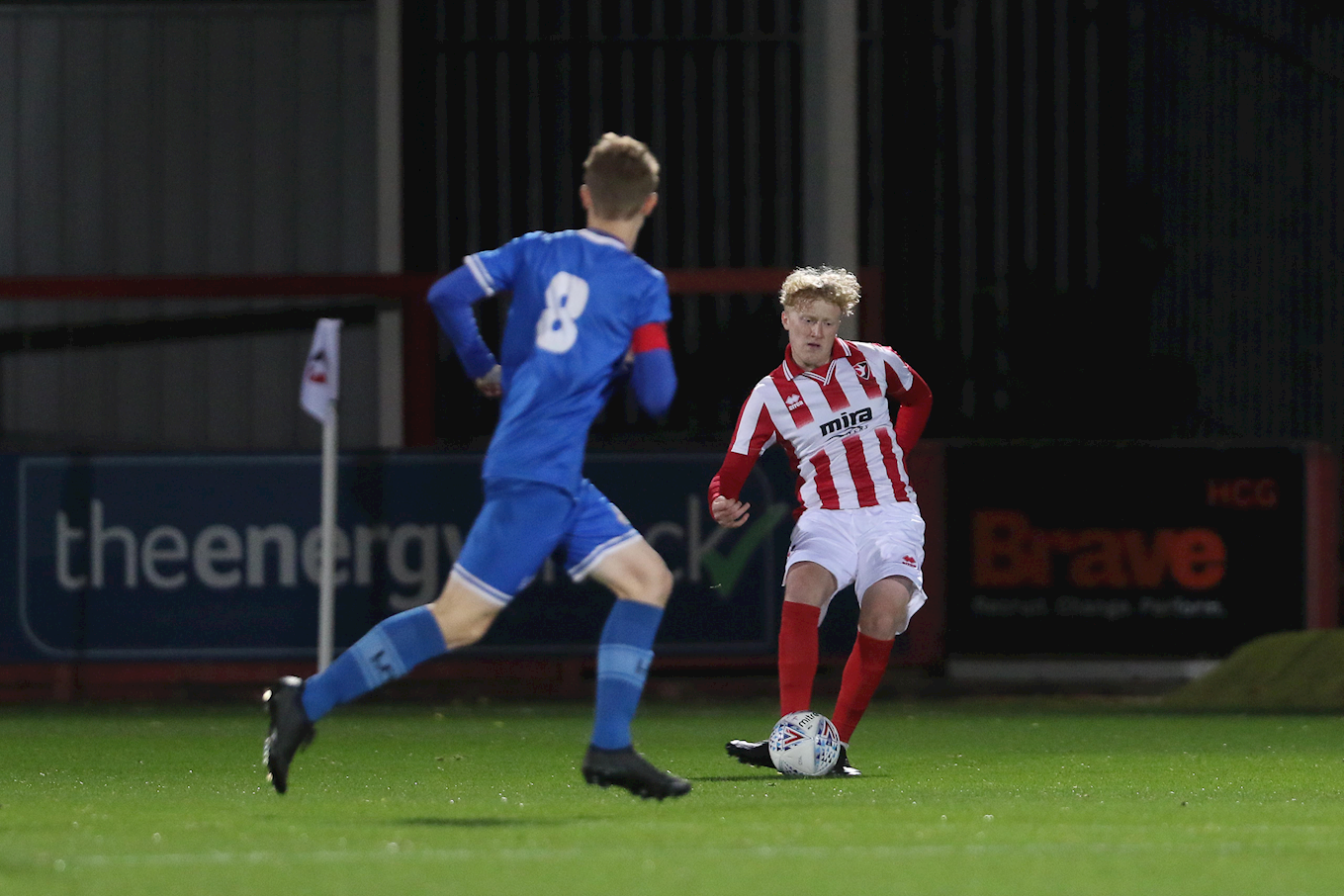 You were outstanding in the Portsmouth and Arsenal FA Youth Cup ties. What was it like preparing for the Arsenal game taking on a very talented team in a game where your confidence must have grown during the tie?

Pete always sticks to the same thing which is good. We didn’t do anything different – we just prepared as we would for any normal game. There was no extra hype around it. We were all very level-headed, confident, but with the expectation that it would be a hard game. As we got into it and got through the first 45 minutes we definitely thought there was a chance of getting a win here. Coming in at half time we were really happy and going into extra time we’d keep it tight. Unfortunately on the day with the penalties it’s something that happens really. It was an amazing experience playing in front of a lot of people. There were a lot of fans there – both Arsenal and ours – so it was a good experience to know how to play under and the weather conditions weren’t the best. It was an amazing experience I’ll never forget.

You featured for the first team in a pre-season friendly at Stratford Town. What was that like playing alongside some of the senior players when you were only 16?

It was a proud moment just being around the first team and being given the opportunity at a young age. It was something I’ve always wanted to do and something I’m hoping I can do more going into my second year. It was an amazing experience to be around them early, get a feel for what it’s like, and know the levels you’ve got to get to. Pre-season is no different to any other time of the year. You have to work as hard as you can. 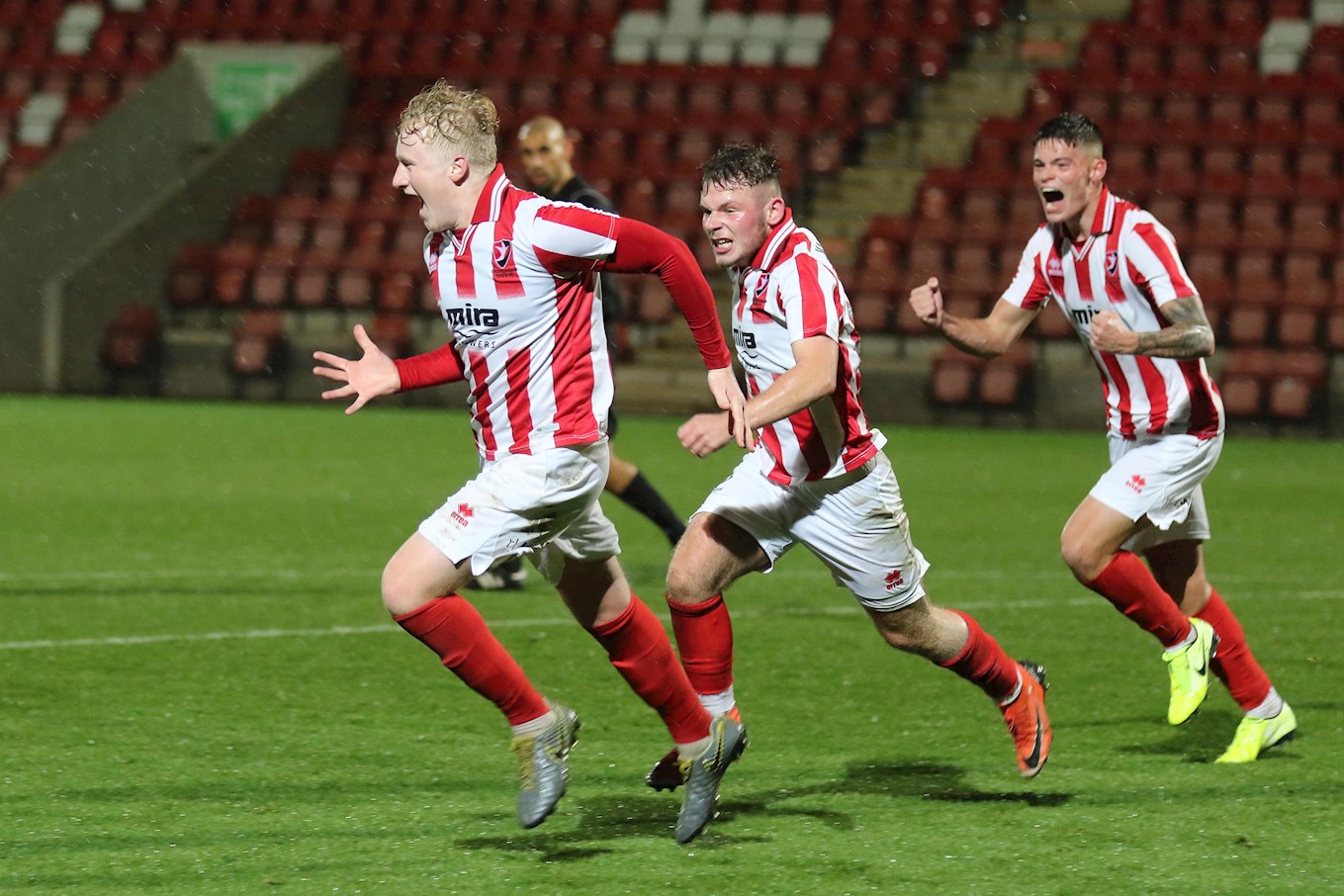 What do you think you are good at when it comes to being a defender?

I like to think on the ball when given the opportunity to play, and the format and system allows that, that I have the capabilities to play out. Defensively in the air I think winning headers is one of my strong points. Positioning is something I’ve worked on quite a lot because I’m not the quickest. Positionally I’ve had to get myself in the right positions and working on body shape. I’ve done a lot with Pete, keeping my shoulders open, ready for the ball in behind and working on that. Pete’s really helped in that sense.

You've moved up from Bristol to live in digs in Cheltenham. How have you found that?

I’ve found it all right. I’m going back every weekend which is nice to see the family still. I live with Peter and Liz – they’re brilliant and they’ve really helped out a lot. They make you feel like you’re part of the family. It feels like there’s no real change to be honest, they do the cooking and the cleaning so it’s an easy life really! They’re brilliant and they’ve really helped settle me in and made it really easy for me.