On loan Aston Villa midfielder Jake Doyle-Hayes has turned his back garden into a mini sporting complex to keep himself busy during the nationwide covid-19 lockdown.

The Irish midfielder has been joined in England by his family, who flew over before the lockdown, to help with the coronavirus impact that has halted much of everyday life in the UK, and since the Robins last game 23 days ago, the League Two football season too.

Speaking on the new 'We Can't Read' Robins podcast he explained: "Me and my dad have been playing cricket in the back garden - we've been doing loads of stuff.

"I've been watching a lot of Netflix. I think I've nearly watched everything on Netflix there is to watch! I've been keeping in touch with my mates, playing Playstation with my mates and stuff like that. There's only so much of that you can do.

"I went back to Ireland the day after we got told we wouldn't be training. I went back on the Saturday and came back a week later. My family came back with me so we're all here in England together so it's good to have my family around me. Especially when we have a lot of time off."

Doyle-Hayes has made 34 appearances in all competitions this season as part of his season-long loan move from Premier League side Aston Villa.

He's been a key part of Michael Duff's successful side during the 2019/20 campaign and has enjoyed his time at the Jonny-Rocks Stadium, learning a huge amount as he goes in his first full season away from Villa Park. 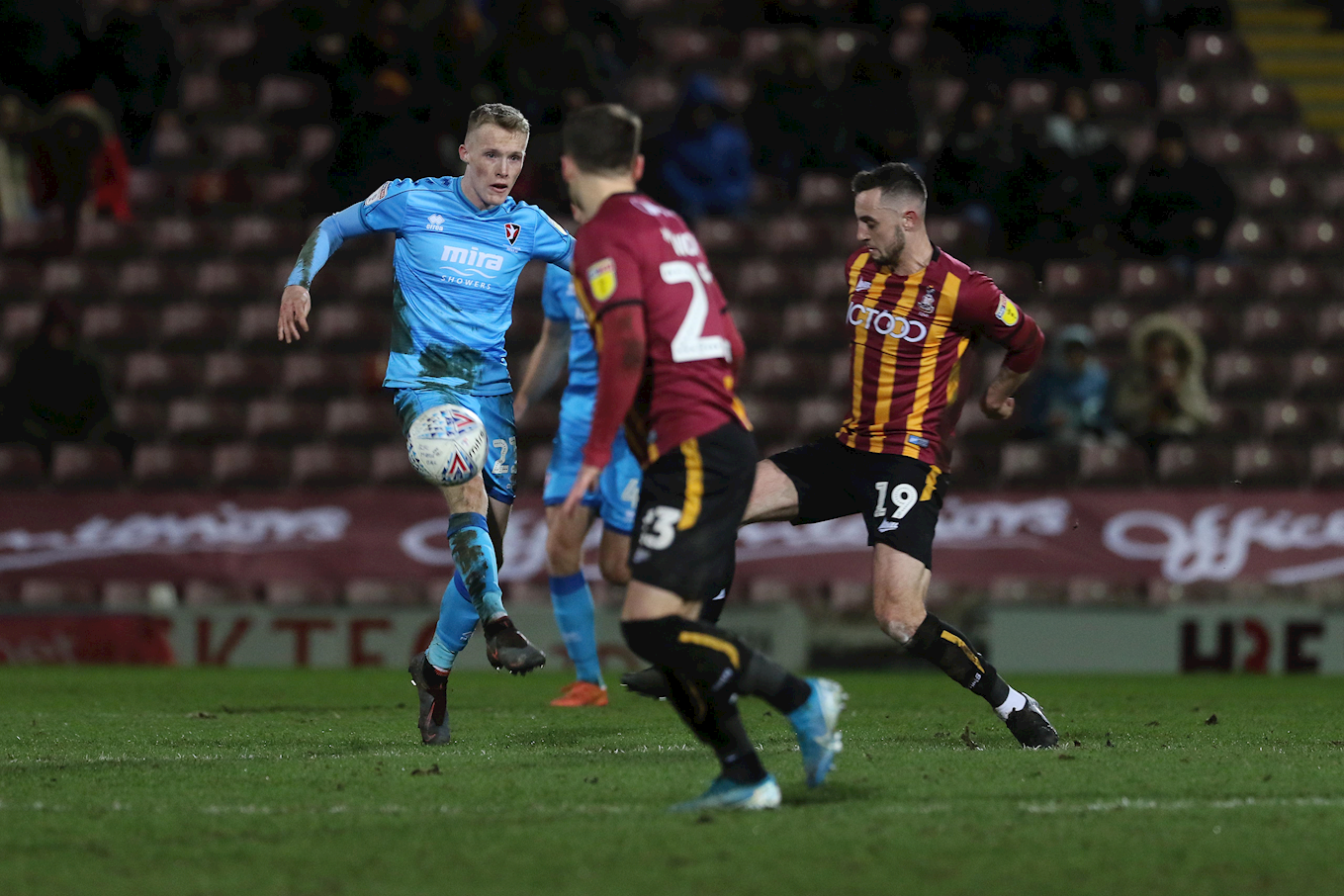 "I'm delighted with how it's gone to be honest," he added. "I think it's been really positive for me and for the team and for the club. We just need to build on what we've started and finish the season strongly and no one knows where that could take us so hopefully we can hit the ground running when we get back.

He's been keeping himself ticking over during the season stoppage and has been receiving contact not just from Cheltenham but his parent club too.

"I'm mainly doing running sessions. I'm doing a bit of boxing sessions to get a bit of a blow in. I'm also doing some weight sessions.

"Everyone is keeping in contact on the group chat. I think everyone is in the same position as me - eager to get the season back up and running because we're in a good position at the minute and everyone is just trying to keep themselves in the fittest condition they can.

"I've spoken to a few people at Villa. They were just making sure we had a programme to stick to and they also sent me a programme as well so I'm sort of doing a bit of both of the programmes. They're always keeping in touch so that's good."

And the 21-year-old had a message for the Robins fans who have supported him and the team throughout the season.