Around 250 children from Highnam Primary Academy and the Cheltenham Town Community Trust's half term holiday course have been given tickets to the Port Vale game this weekend.

The Community Trust have been working with pupils from Highnam for quite some time as a result of their involvement with the Premier League Primary Stars project and after school football clubs.

Pupils from the school based just outside of Gloucester will be joined by children who attended the Trust's most recent half term holiday course.

Robins first-team pair Conor Thomas and Jonte Smith visited the kids last month for a Q&A session at Cleeve Sports Centre before the tickets for this Saturday's upcoming game were handed out. 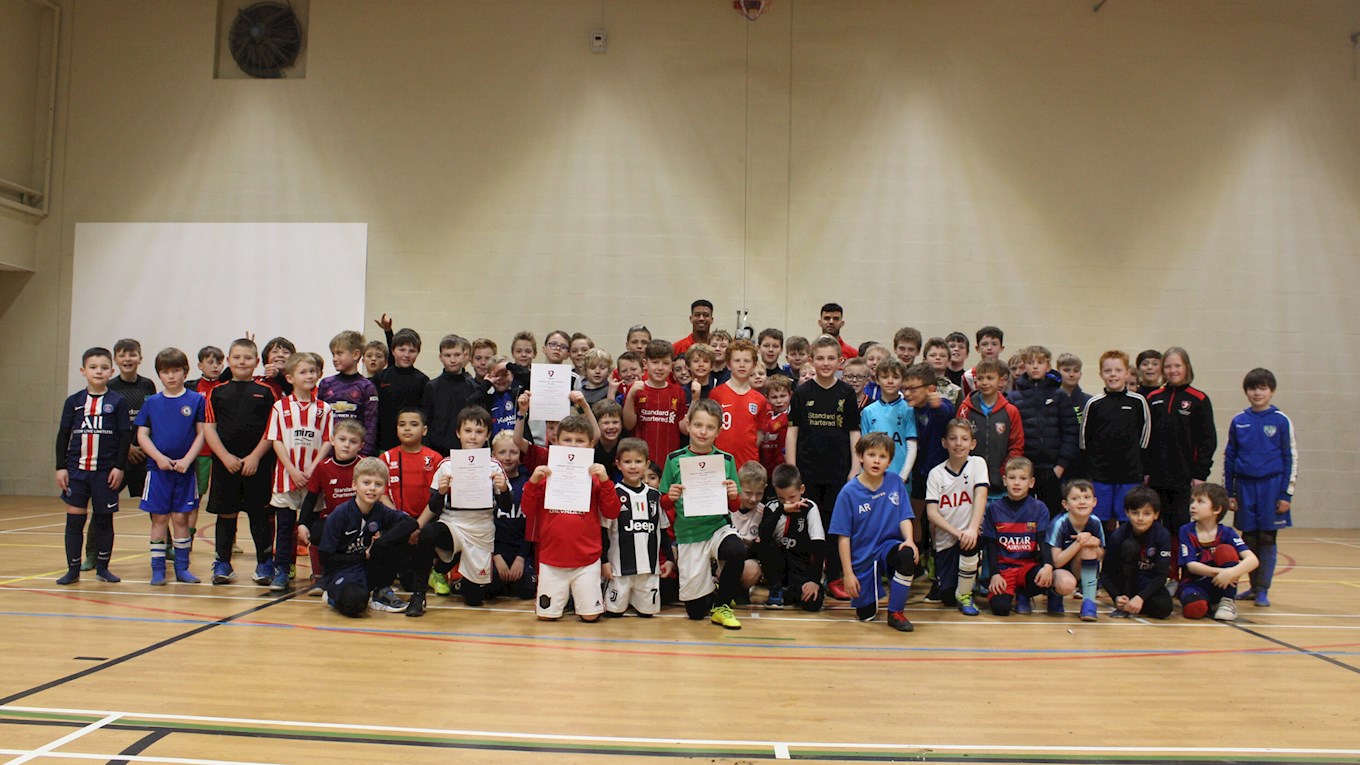 Gloucester Road Primary School were the latest to be part of the Family Section in the Colin Farmer Stand against Mansfield Town in February.

Michael Duff's fifth placed side are chasing a seventh straight home victory at the Jonny-Rocks Stadium as they welcome play-off chasing Port Vale to Gloucestershire on Saturday (3pm-kick off).

The Community Trust will also be running an activity based on World Book Day ahead of the game, keep an eye on social media for more details.

Purchase your tickets in advance for the match against the Valiants by clicking here.